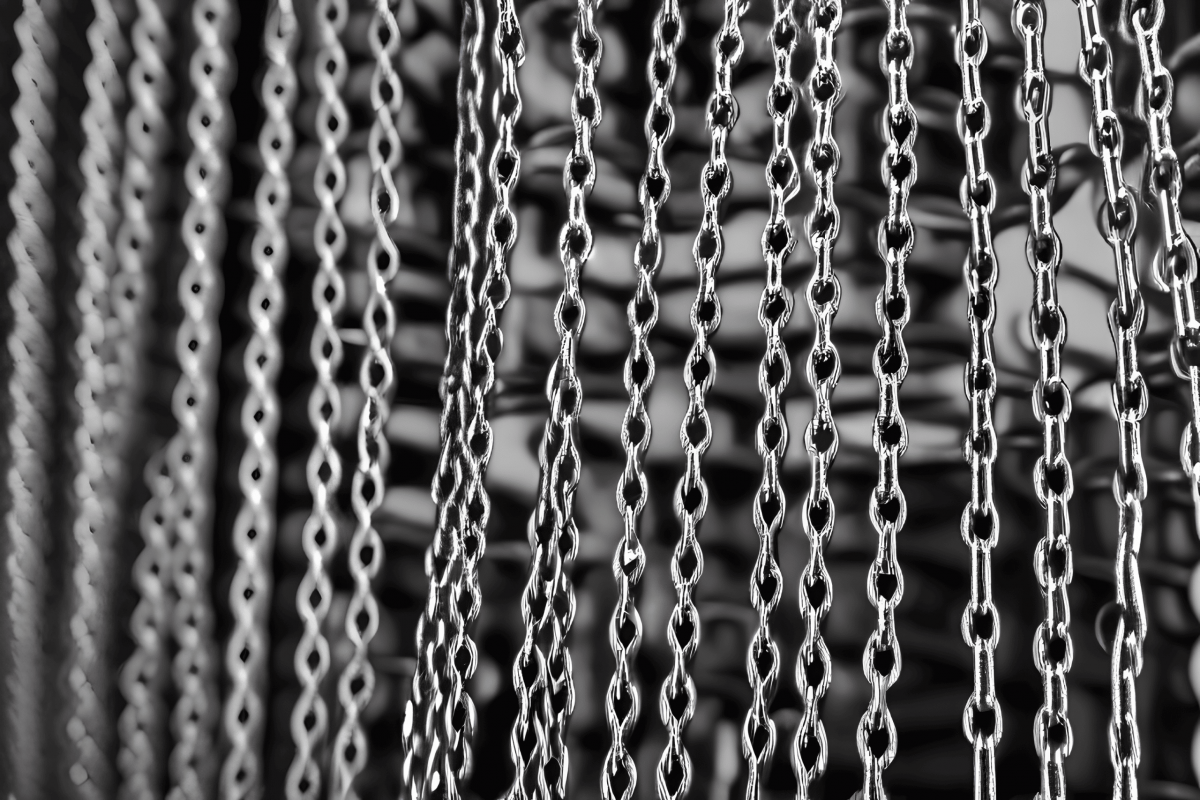 The Chainlink network just entered another critical week that will be marked by a major development. Chainlink Staking v0.1 is expected to go live this week. According to the latest update from Chainlink, staking will be a major step for the network. This is because it will facilitate more security for the network’s oracle infrastructure.

Just 48 hours until the launch of Chainlink Staking v0.1!

Staking marks an inflection point for #Chainlink, enabling the community to contribute to the cryptoeconomic security of #Web3’s oracle infrastructure.

An extra added benefit of Chainlink staking is that it will encourage traders to hold their LINK rather than selling it for short-term profits. This could support a higher floor price, while potentially boosting the demand for LINK.

This week, there were 20 integrations of 5 #Chainlink services across 7 different chains: #Arbitrum, #Avalanche, #BNB Chain, #Ethereum, #Fantom, #Optimism, and #Polygon.

The network integrations confirmed that Chainlink was still expanding its interoperability with other major networks. But what does this all mean for LINK?

Well, LINK concluded two weeks of mostly bullish activity and kicked off December with a notable drop in the bullish momentum. This may turn out to be another case of buy the rumor, sell the news where buyers in November bought in anticipation of the staking launch.

LINK traded at $7.54 at press time which represented a 35% upside from its current monthly low. Despite this upside, LINK was still trading at a sizable discount from its November highs. If the ‘buy the rumor, sell the news’ effect applies after the staking launch, then we might see a bearish retracement in the next few days.

LINK’s Money Flow Index (MFI) was already in the overbought zone where it was likely to experience a resurgence sell pressure. Despite this, the Relative Strength Index (RSI) still had a lot of ground to cover before it stood to be oversold. At press time, the RSI stood above the 50% level.

The latest exchange flow data revealed that the amount of exchange outflows were more than double the amount of inflows. This may explain why LINK managed to sustain its upside in the last two days. 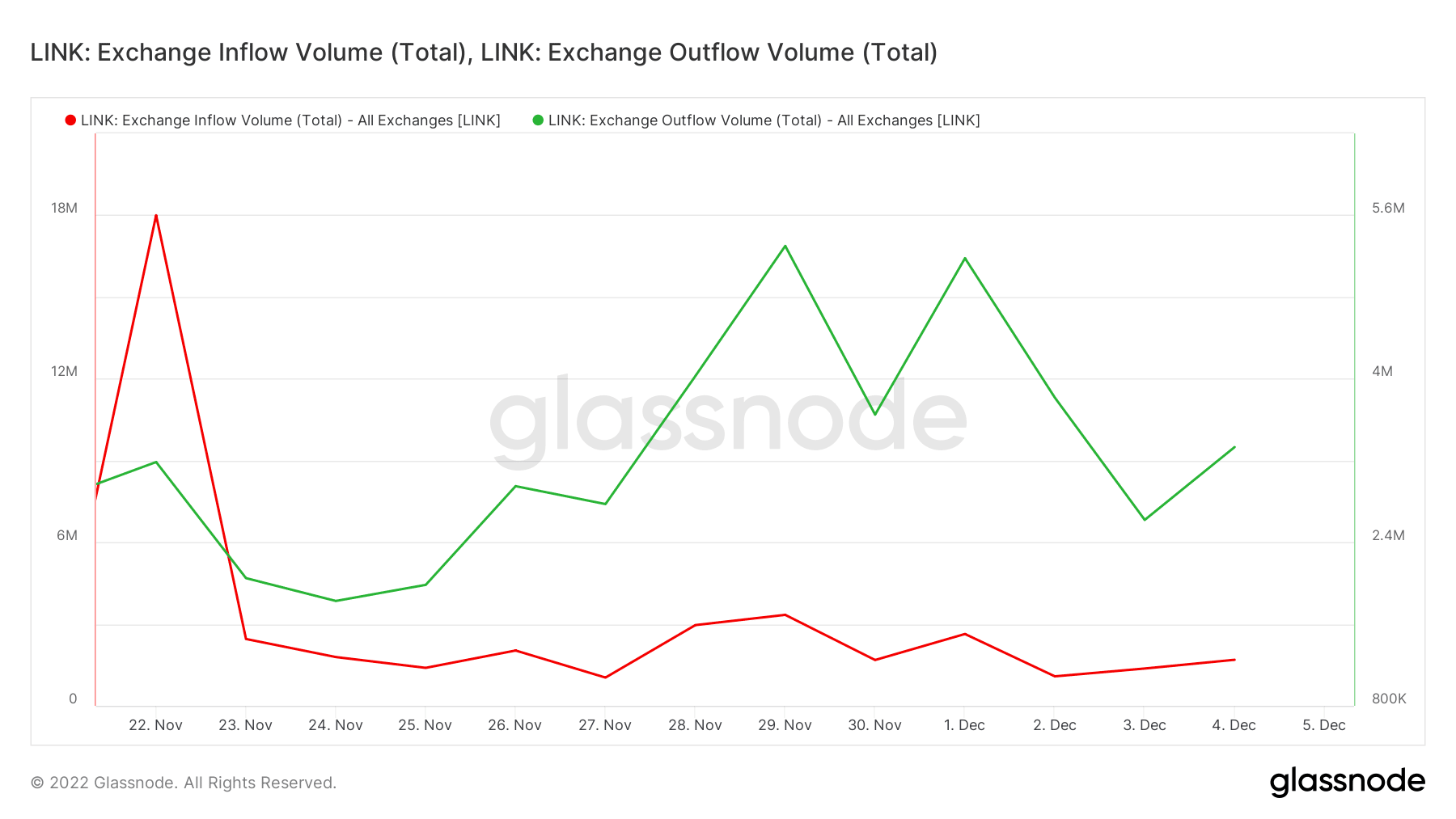 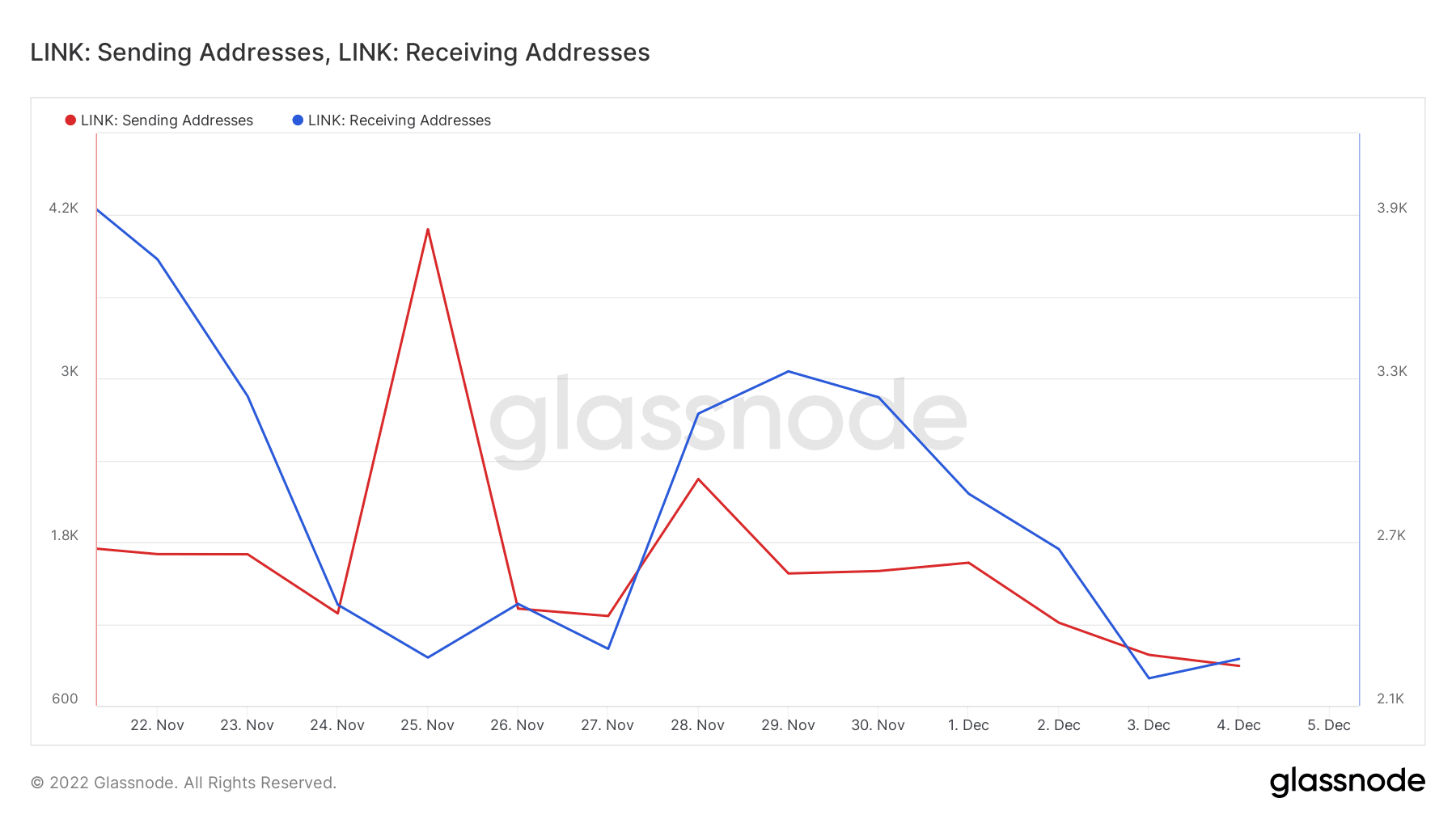 While the above information is bullish, LINK investors should consider proceeding with caution. LINK’s supply distribution revealed that the top addresses holding over 1 million coins were currently contributing to sell pressure.

Tron, its latest update, and how it affects TRX’s much-anticipated rally