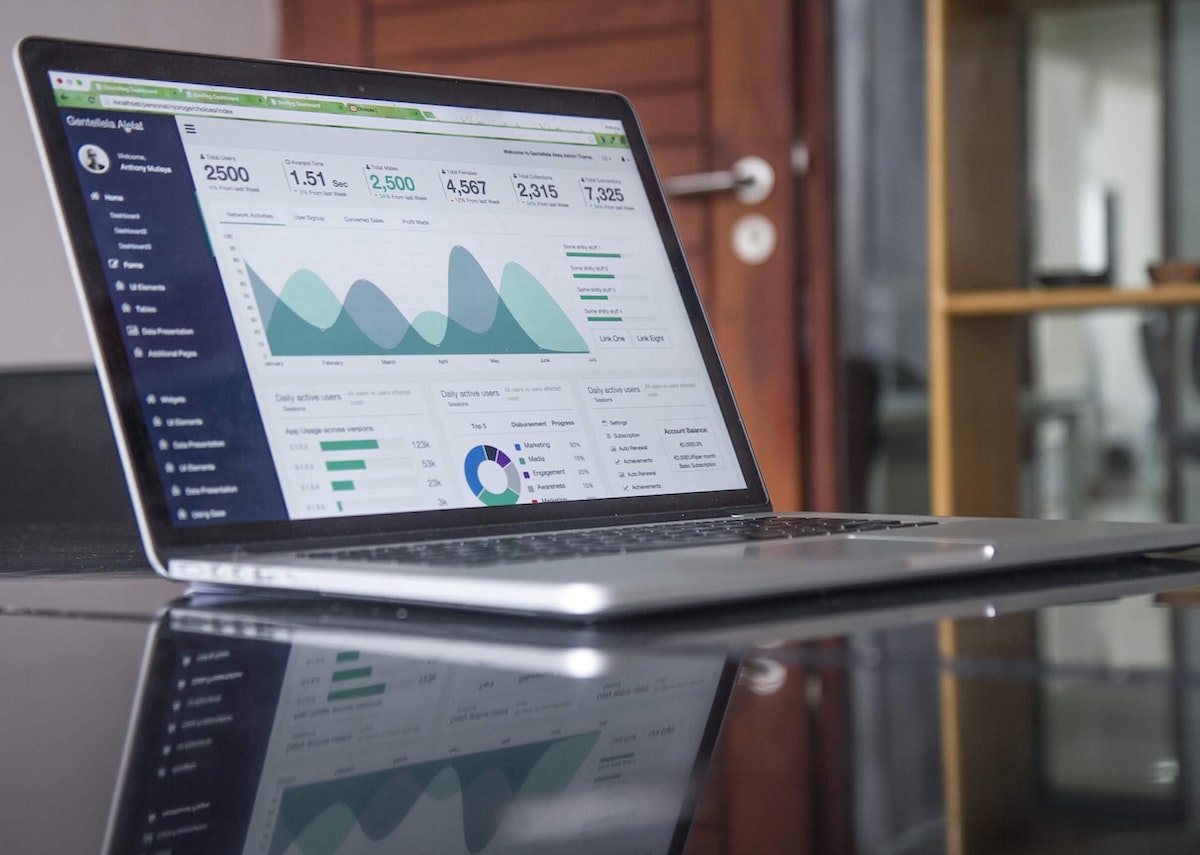 The entire cryptocurrency market has witnessed a massive setback. Overall, it shed more than 2.5% of its market capitalization, which currently stands at $2.52T. Yet, institutional investors seem unfazed by the bloodbath.

The latest report published by CoinShares provides some support to this narrative. As of 22 November, Digital Asset Fund Flows Weekly report stated,

As mentioned above, there was a decent hike in inflows as compared to the previous report. At press time, the weekly crypto asset looked like this: 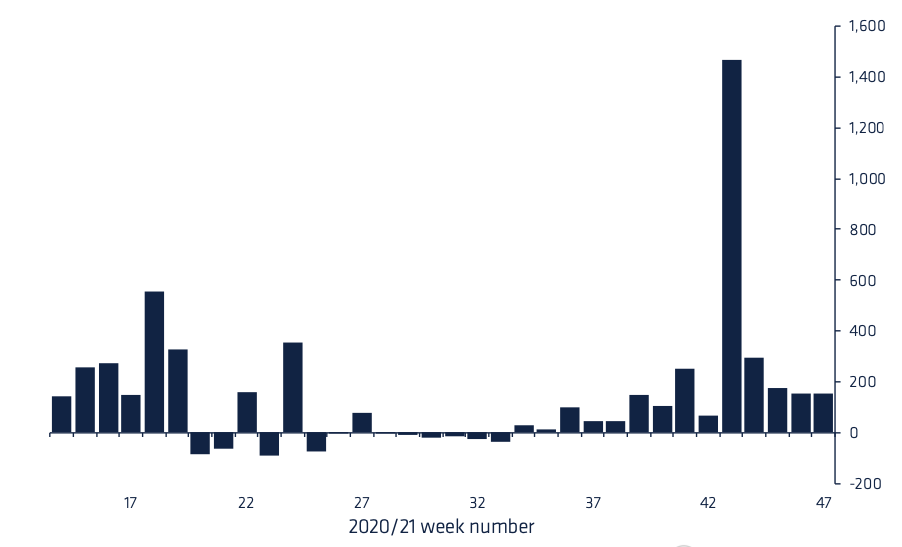 The largest altcoin witnessed inflows amounting to over a $100 million, whereas Bitcoin,

“…continues to see the majority of inflows, totaling US$114m last week. This has helped it retain assets under management (AuM) share of 67% over the last month amongst investment products.”

The table below showcases a similar scenario. 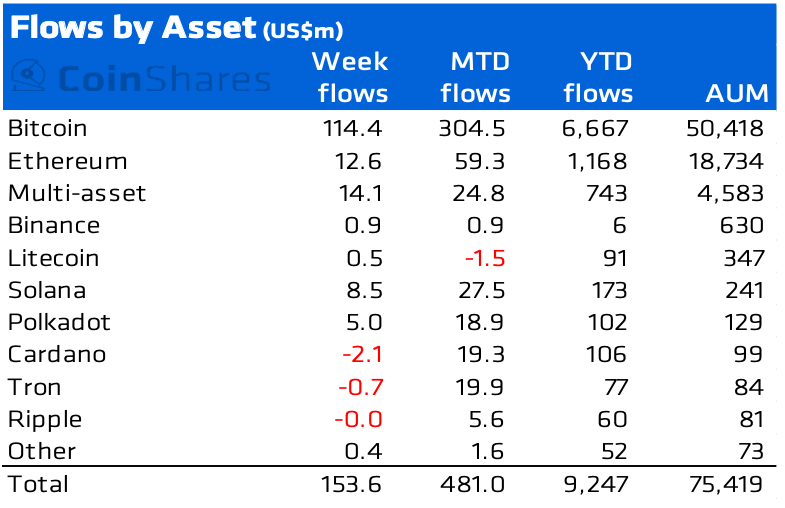 Now, here’s an interesting part. Institutional demand had skyrocketed – there’s no denying this. But what about the price? At press time, BTC was trading deep inside the red-zone. It saw a 3% setback in 24 hours as it dived below the $57k mark. As mentioned in the report,

“This disparity may be due to the recently launched ETFs in the US where investment products saw 90% of inflows.”

Nevertheless, this still marked a significant rise for BTC as compared to the previous findings, that is, more than a 17.5% surge.

In addition to this, there was another interesting turn of events. Unlike last time, Solana stole the crown from its arch-rival, Cardano.

SOL, the 5th largest token continued its momentum, compared to other prominent tokens too. Cardano’s native token ADA, was right below SOL, which, “for the first time in many months saw minor outflows.” ADA’s outflow amounted to $2.1m, as per the report.

Solana contributors more than double Ethereum, while market cap is 13%.

I was gonna say "prob nothing" but tbh if you think 'tis nothing you're sleepwalking. pic.twitter.com/8CvCkzcqu9

Mapping how CRO managed to hike by 244% in November