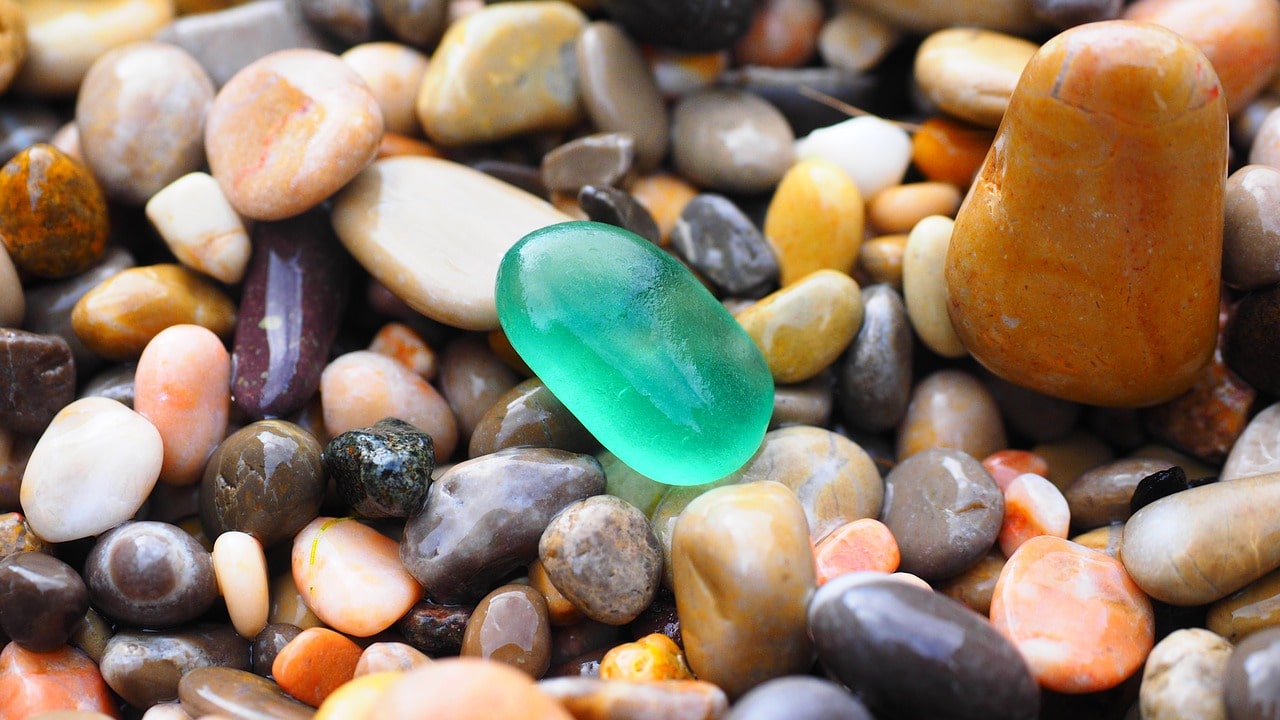 Cosmos defended the $19.8 support level but continued on its recent uptrend. Aave was trading within a range and moving toward the range highs at $425. Tezos approached the $5 area but was rebuffed, and the $4.7 mark is one to watch.

Meanwhile, Bitcoin was trading at $57,763 with a market capitalization of $1.1 trillion. 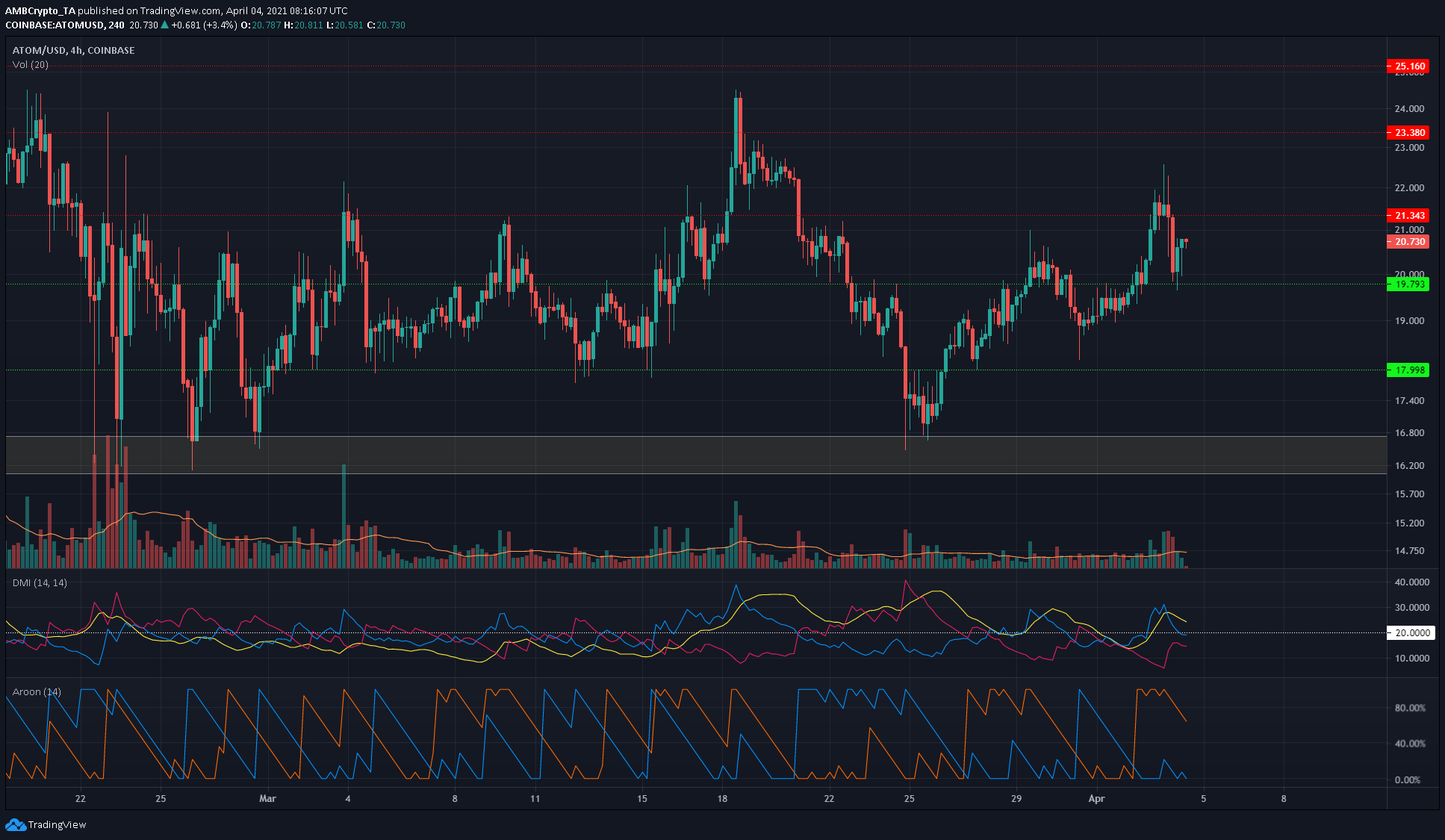 The Directional Movement Index showed the ADX (yellow) above 20 while the +DI (blue) was about to cross over beneath- an early sign that perhaps the strong upward trend was losing traction. The Aroon Indicator continued to show an uptrend in progress over the past week, with a brief pullback in between.

Taken together, the defense of the $19.7-$20 area over the next few days is necessary to continue the uptrend. 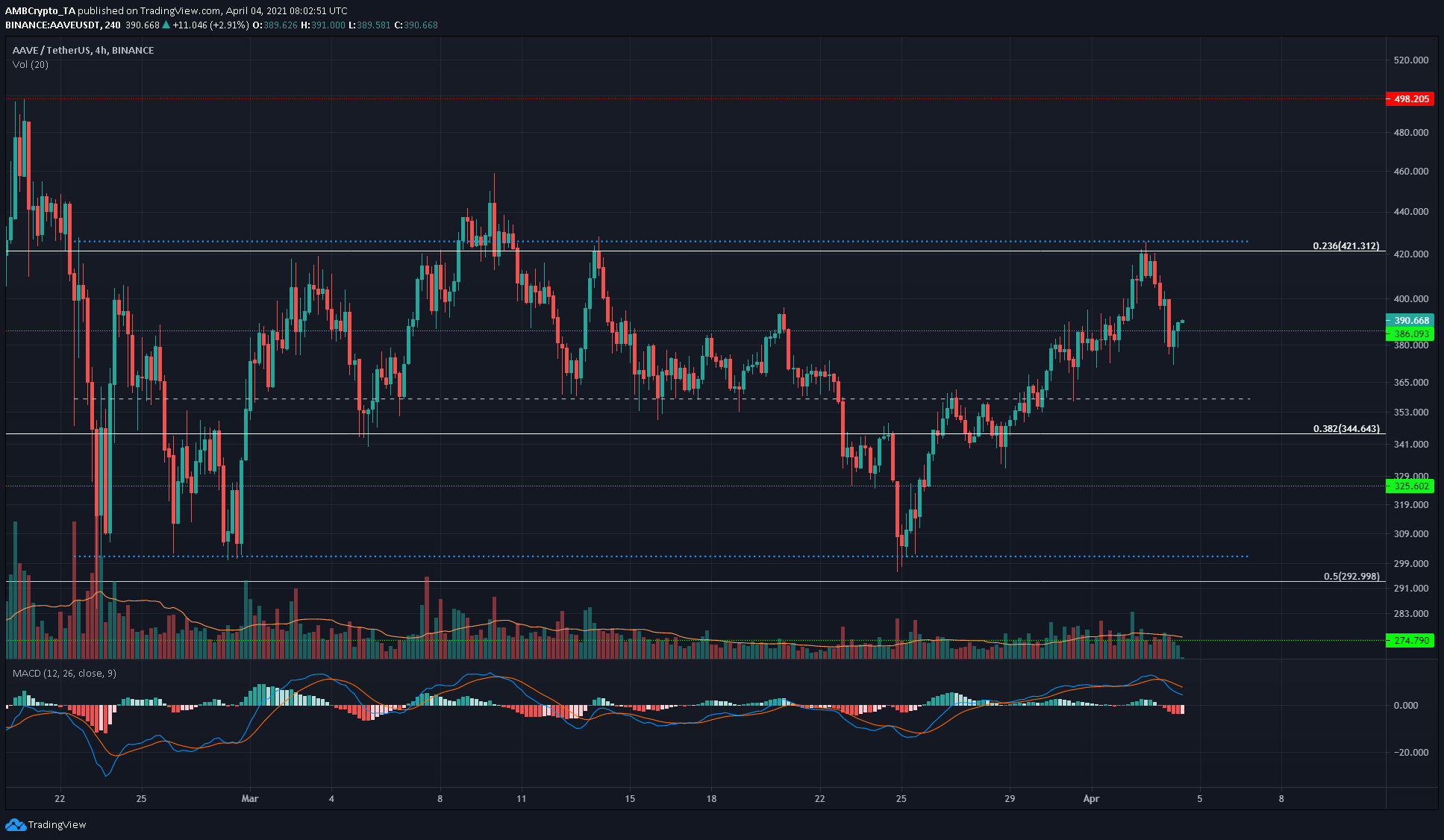 AAVE has formed a range (dashed, blue) between $301 and $425 over the past month. The mid-point of the range at $360 has acted as both support and resistance to the price and been a turning point in the market, giving the range formation further credence.

At the time of writing, momentum was in favor of the bulls, although the MACD formed a bearish divergence above the zero line to highlight a pullback in progress. The $386 level appears to have been defended, in which case AAVE could make another run toward the stubborn range highs at $425. 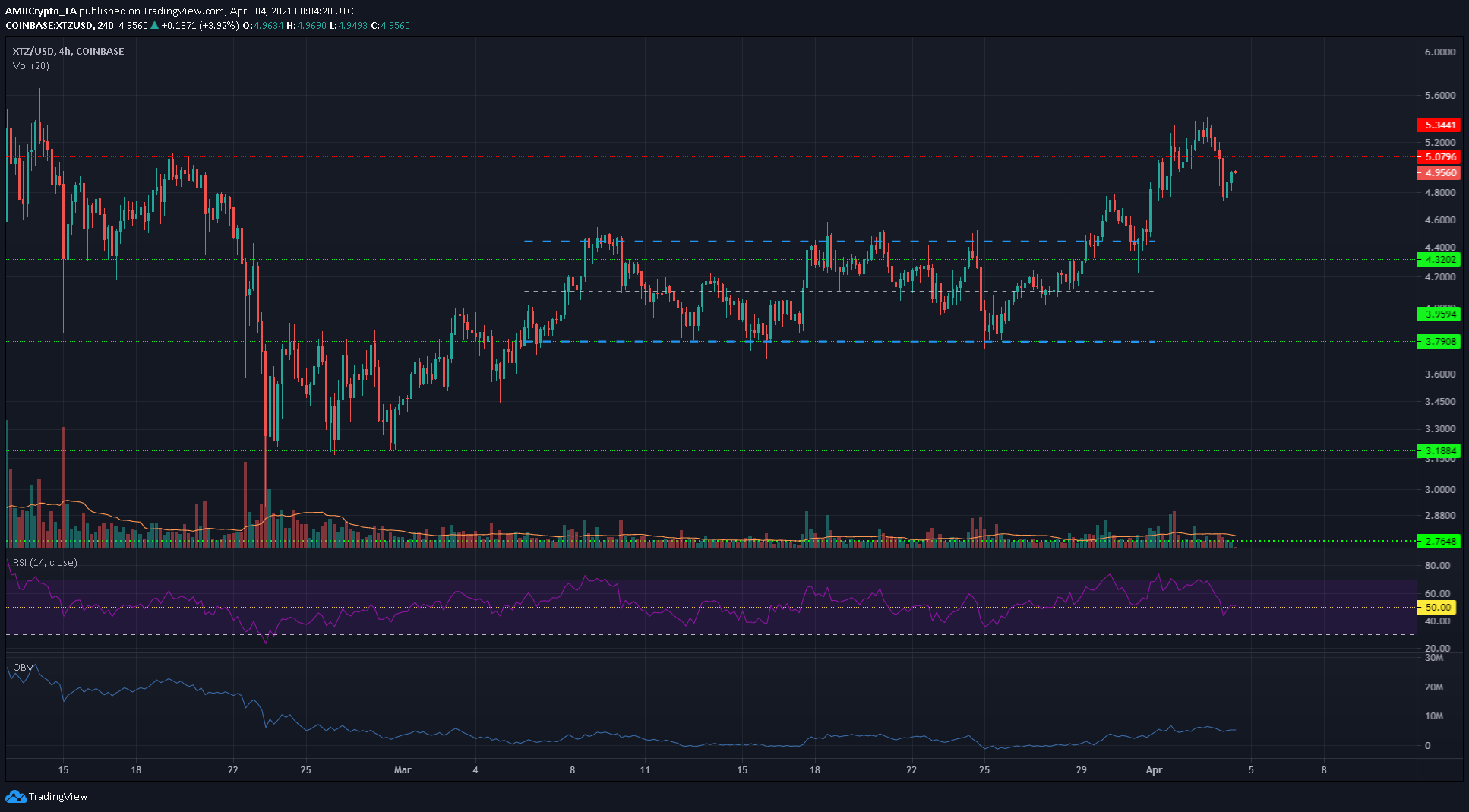 For Tezos, too, a range (dashed, blue) formation and its breakout was witnessed in the past few days but XTZ bulls were unable to overcome the resistance at $5.34, nor hold on to $5 as support. The RSI fell beneath neutral 50 and retested it as resistance.

On the OBV, the selling volume since mid-February has been significant. The recent rally for XTZ from $3.79 range lows to $5.34 was on the back of (relatively) negligible demand on the OBV- the OBV is nowhere close to where it was the previous time XTZ was trading above $5.

This indicated the market was not ready to push past $5 yet, and XTZ would likely gather steam between the $4.50-$5 levels in the weeks to come.

Traders holding Litecoin in portfolios can look forward to this