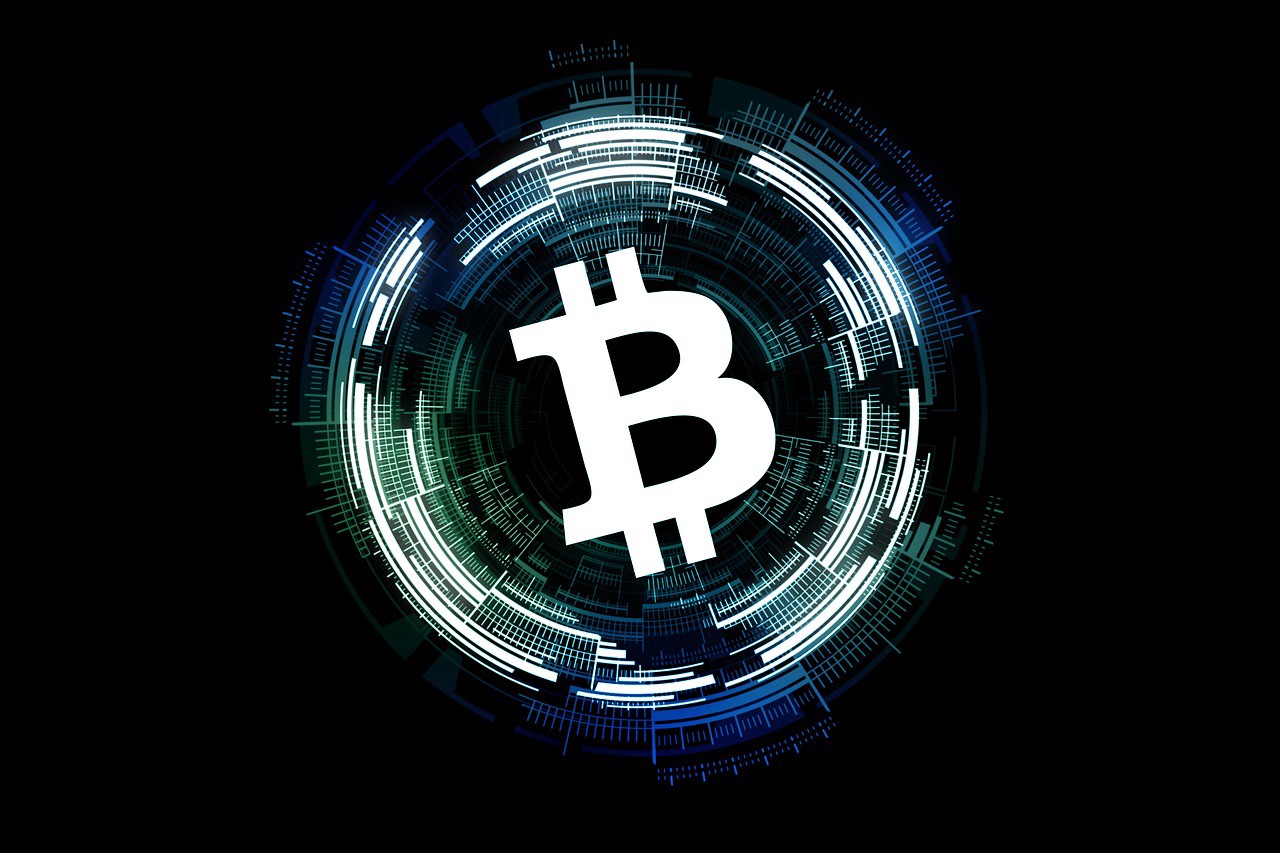 Expectations from Bitcoin to breach the all-time high of $63k keep getting higher. Even though it may look like things are on a good path, there is always a catch to it.

Right now the catch behind Bitcoin’s rally isn’t particularly harmless since, if it happens, BTC investors could get into some real trouble.

Owing to the king coin lurking above $60k for the past 2 days, the market has been in a state of euphoria. However, it is now time for investors to get out of that state and maybe prepare themselves for some downside.

Yesterday, for the first time after 5 months, Bitcoin created a market top. Market tops occur when the profitable supply represents more than 95% of all circulating supply. And usually, such market tops are followed by price falls. 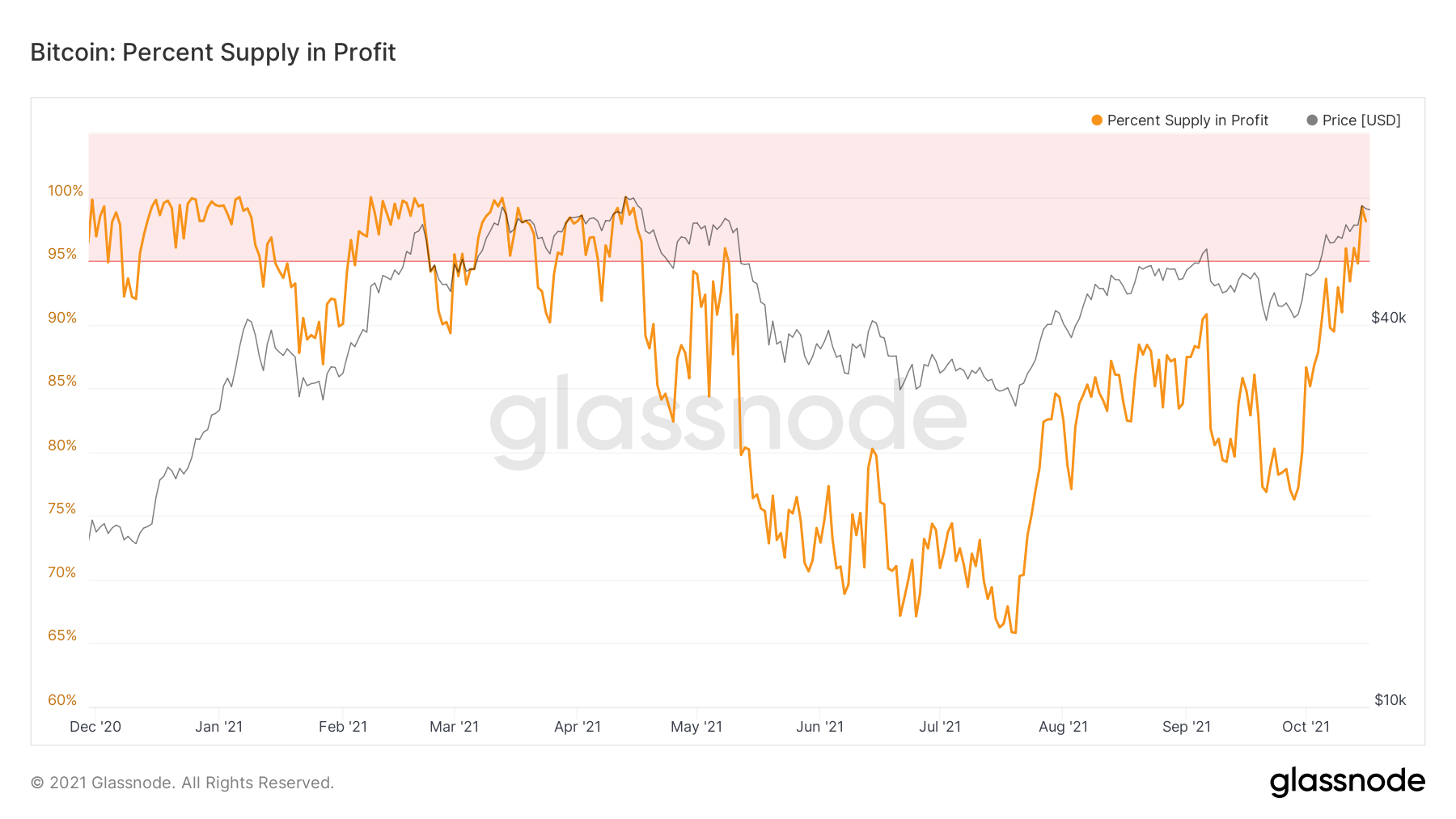 This means that from here on, the chances of a correction will definitely be high. And even though it isn’t prominent yet, red candles have begun appearing. 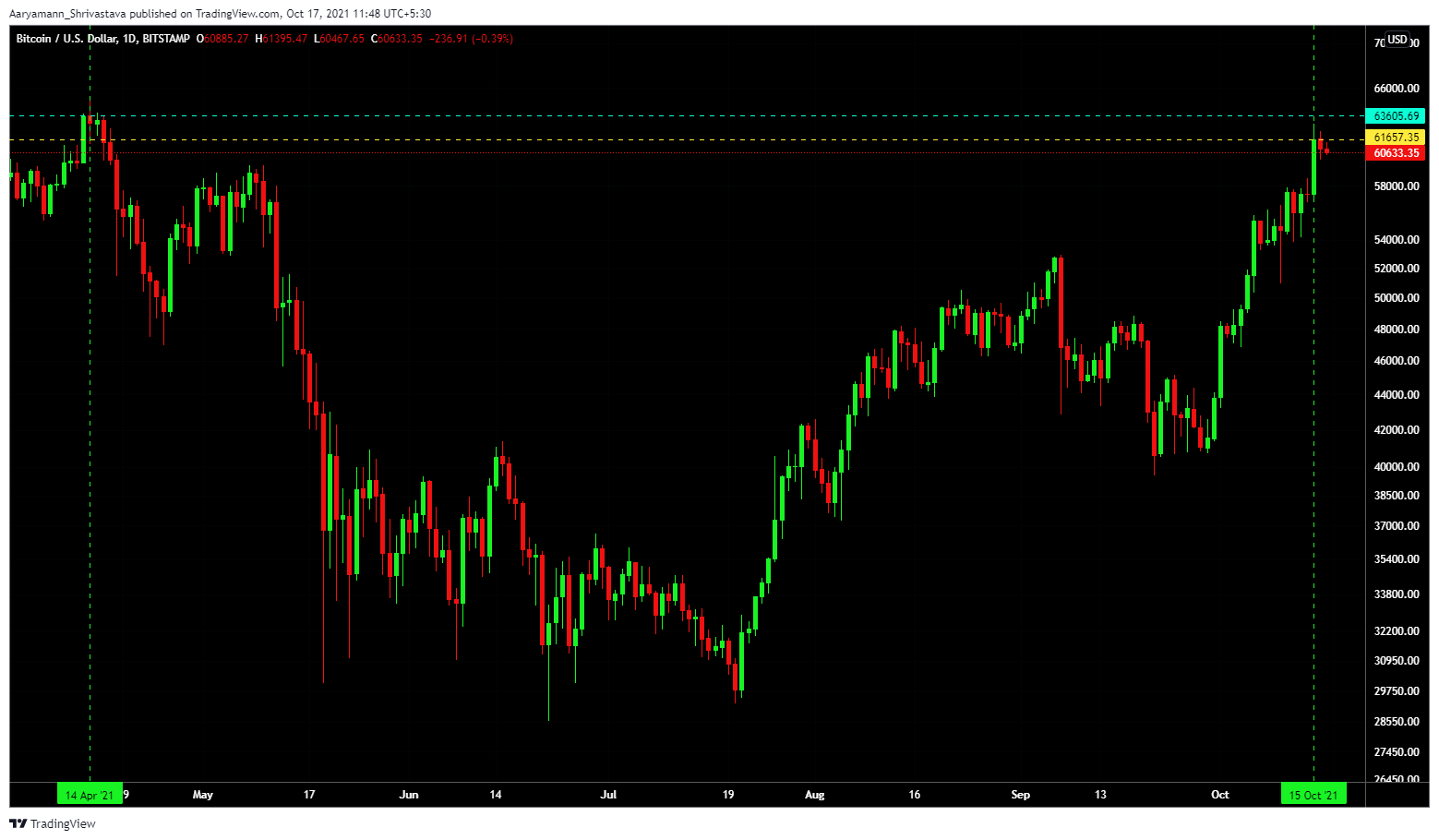 However, some traders are undeterred still. As mentioned yesterday bigger cohorts had already been selling, but mid-term holders, those who have been holding Bitcoin for 6-12 months continue to HODL.

They have not sold their BTC since July, even throughout the August dip and the September rally. As a result, the last time their assets were active reached a 2-year high. 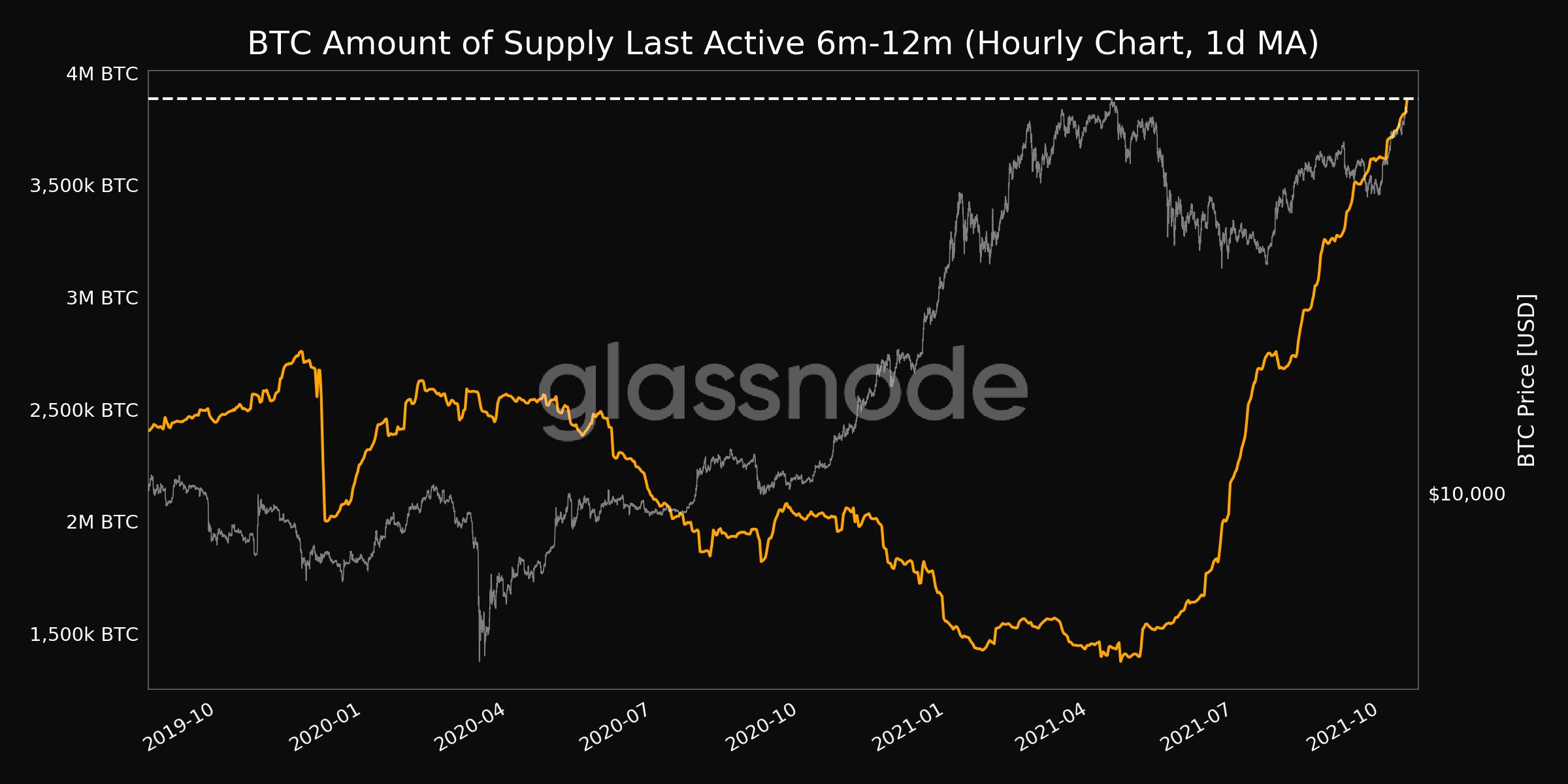 Would this trigger new investors?

Not really. Regardless of the position of mid-term holders, new investors are not going to be particularly jumpy about throwing their money into Bitcoin. The risk right now is very high, and given the probable price fall, investing at the moment looks pretty unattractive.

But again this is not a guarantee since the Stock to Flow deflection, despite being at a 5 month high is still under 1, which shows that BTC is still undervalued. 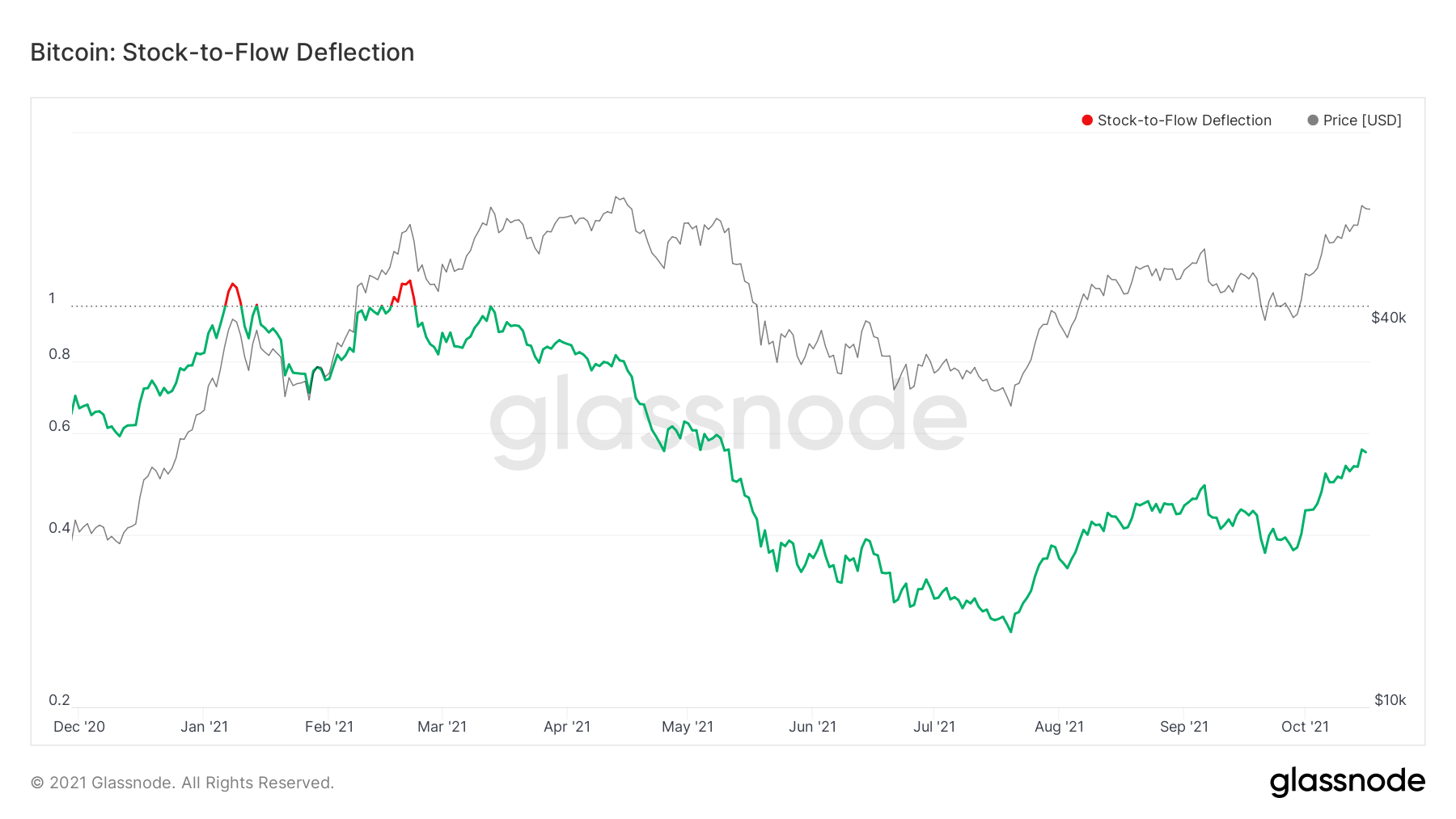 In addition to that, the greediness visible on the Greed and Fear Index could keep the market further bullish. 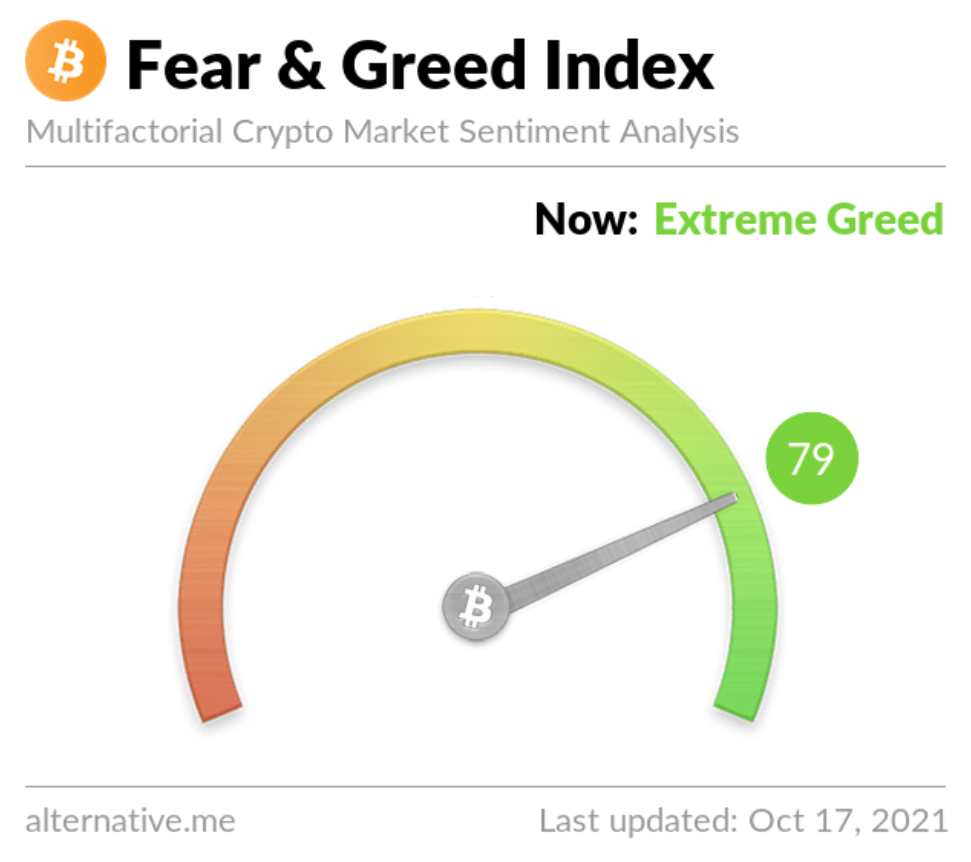 Bitcoin is in a state of extreme greediness | Source: Alternative

Put simply, it would be wise to wait and watch the market for the next 48 hours if negative signals strengthen, and adjust your portfolio accordingly.

Dogecoin gearing up for ‘multi-month rally,’ once it ‘takes out that area above…’