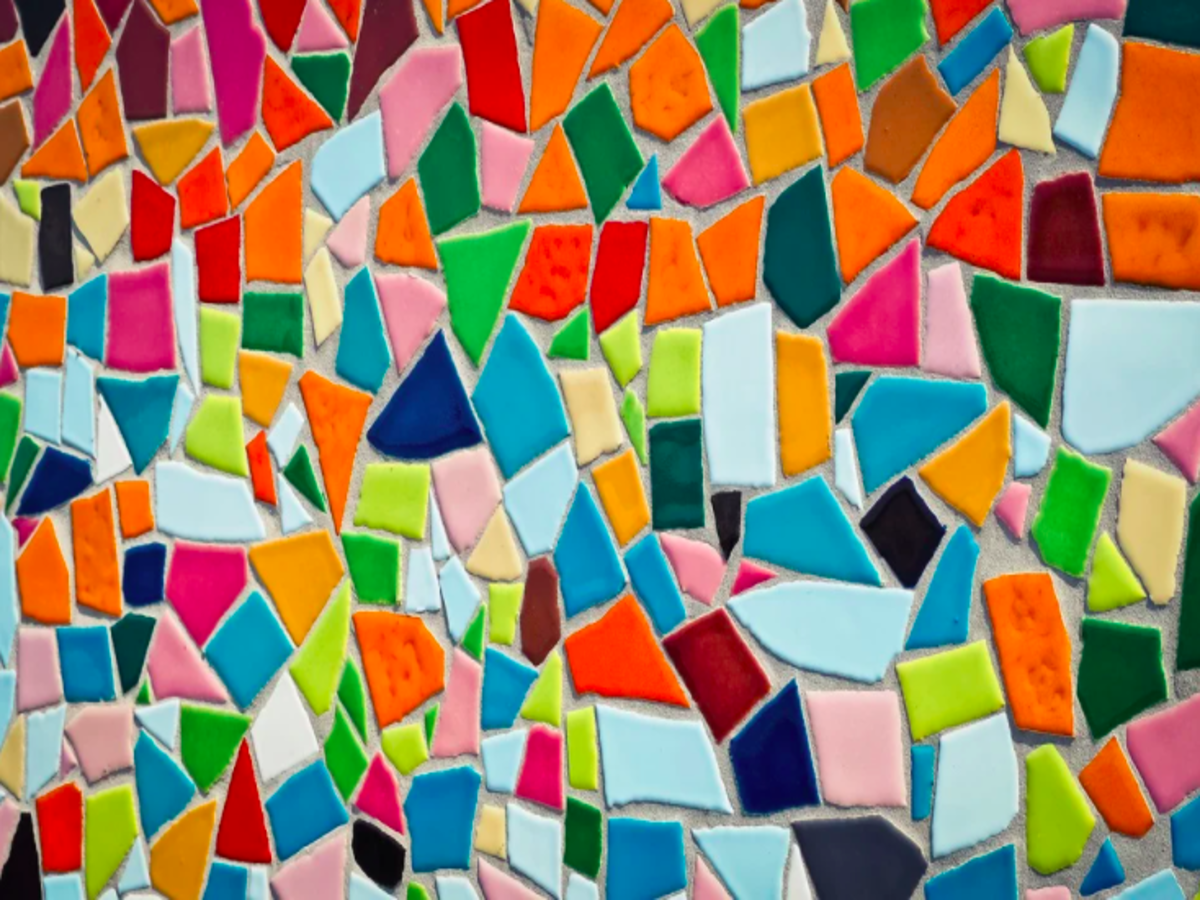 The “centralization-decentralization” debate has been going on since ages. Proponents and opponents end up clashing with each other’s opinions every other day. Both ecosystems come with their own pros and cons, and thus, there hasn’t been any compelling conclusion to date. Crypto was, in fact, born out of the aforementioned opinion discrepancies.

Even though decentralization remains the heart and soul of the crypto-verse, centralized tangents, just like that, cannot be eliminated from the equation. Take the case of exchanges itself, for instance. Both, CEXes and DEXes have already carved separate niches for themselves over the years. Even though the baton currently remains with the former, the latter category is slowly trying to catch up.

Quite recently, dYdX’s trade volume surpassed that of Coinbase by a substantial margin. In fact, the platform’s liquidity has also been on the rise of late. The aforementioned data, amidst the China crackdown FUD, managed to stir in some positivity with respect to decentralized exchanges. However, the bigger picture largely remains unaltered.

Wasn’t the hype worth it

The cumulative decentralized exchange volume for the month of September stood at $78.95 billion. Uniswap, yet again, led the pack by registering around $39 billion in volume. Even though Sushiswap and Curve followed right behind, their numbers remained to be comparatively low. 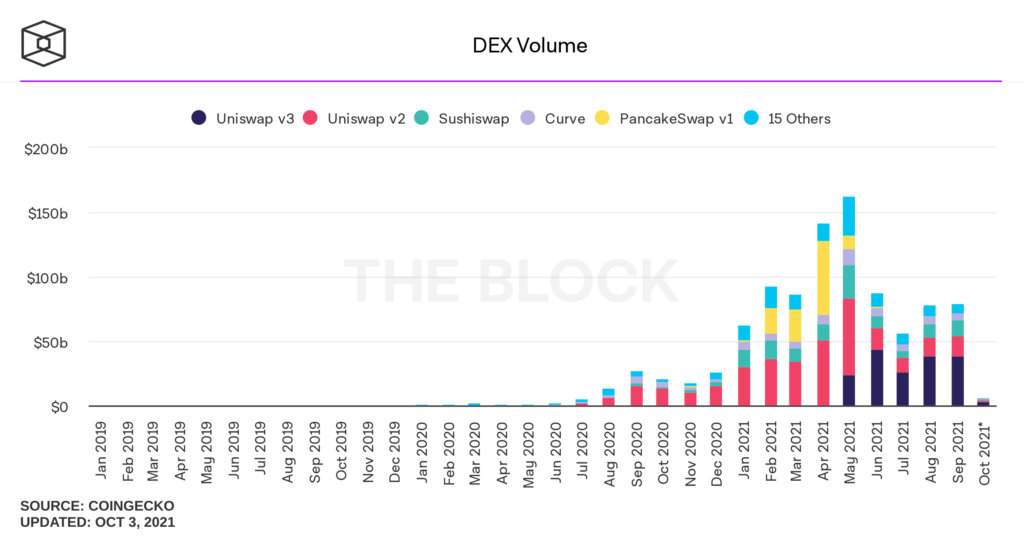 However, here’s the catch: The ratio of DEX:CEX spot volume reflected a mere value of 6.67% for the month of September, noting a decline from August’s 7.54%. 2020’s peak notably occurred in June and the ratio reading at that time reflected a value over 9%. This data clearly highlights that decentralized exchanges are merely complementing centralized exchanges that still account for the lion’s share. 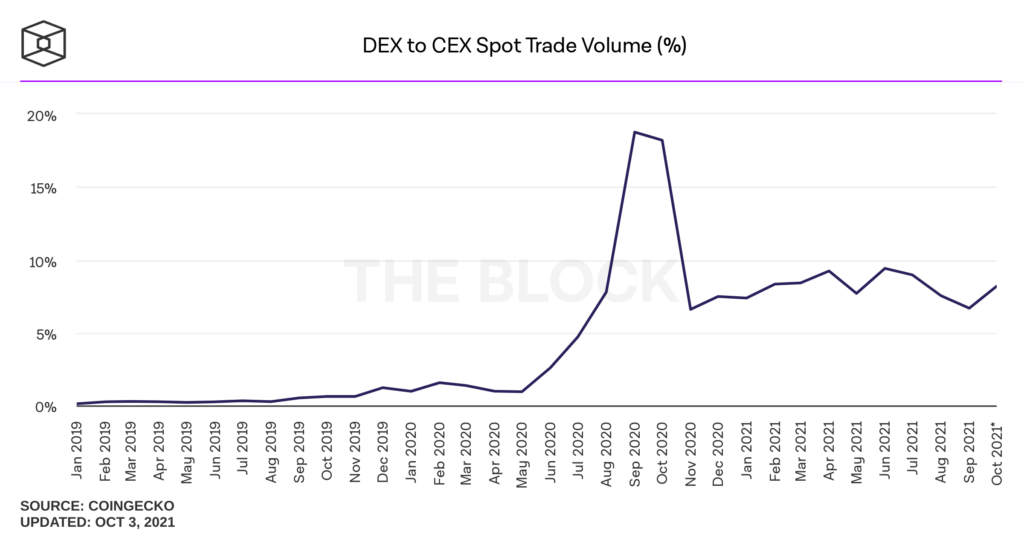 Taking nothing away from DEXes

DEXes have witnessed a phenomenal growth over the years. Apart from bringing in new people into this comparatively novel space, the number of tradable assets on these platforms have also been growing, thanks to Uniswap for paving the way.

Coinmetrics’ recent report highlighted that there have been a total of 67.5 million swaps on Uniswap across all the platform versions since 2018. The adoption further broke new records last year. The trades too rose from 10k per day in May ’20 to over 150k per day by September.

The pace has, however, slowed down now and the same has been revolving around 100k of late. The daily number of unique addresses that peaked in May had additionally plunged to new lows lately. 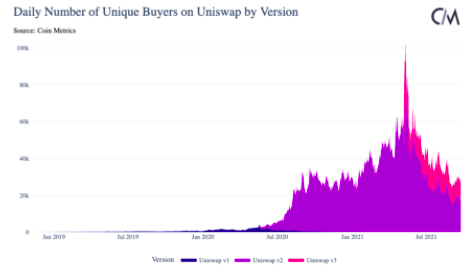 Catering to the WHY part

Centralized exchanges depend on private infrastructure like internal servers to match demand and supply while DEXes inherently bring buyers and sellers together. Transactions are carried out with open smart contracts and users maintain full control over their cryptocurrencies in the absence of any third-party.

Thus, DEXes are more transparent when compared to the CEXes. Volumes cannot be faked or fabricated. However, decentralized exchanges have always found it quite challenging to create liquidity. Even though a few have come up with AMM liquidity models, it doesn’t match the performance of centralized order books or centralized liquidity.

A host of  such problems still need to be catered to. Additionally, it should be borne in mind that CEXes are the key for the mainstream adoption of crypto, primarily because of their simple non-technical user interface.

In retrospect, even a common man who knows not much can become a market participant. While, that’s not the case with DEXes. One needs to be technically sound to trade there and thus, the adoption has taken a hit.

What the future holds

Thus, in the foreseeable future, both the models would continue to coexist. Passive yield generation, transparency security and accessibility would draw people towards DEXes, while CEXes would try bridging the gap by adopting to smart contracts and other such nuances. Ergo, it’d be fair to expect hybrid models in the future that’d provide the best of both worlds.