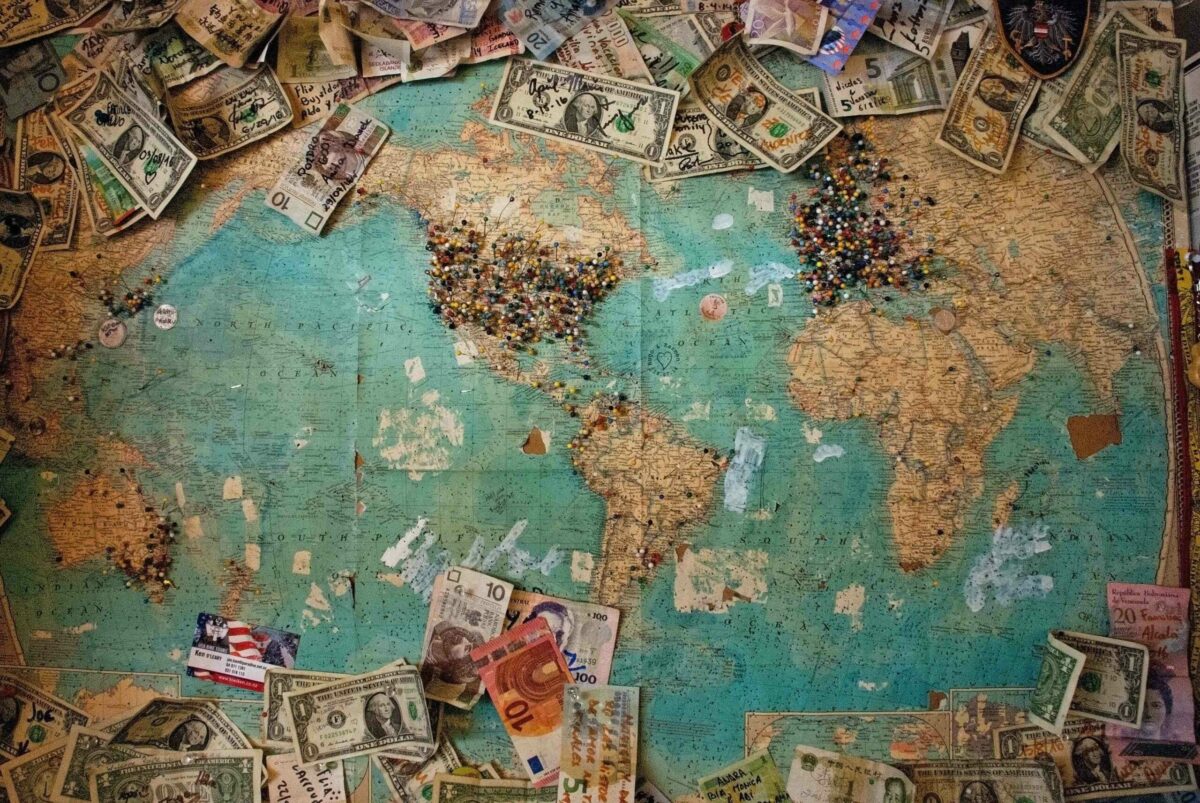 At the time of writing, block 12,939,102 had been mined on Ethereum. 12,965,000 beckons in less than 25,000 blocks and with it, EIP-1559 will finally undergo activation. Now, the anticipation surrounding this upgrade has been palpable, with multiple discussions about its effects on Ethereum’s future. In fact, one of the most popular narratives set forward by Ethereum proponents is the idolization of ETH as “ultra-sound money.” What of it though?

This idea was first raised as a theoretical expectation in 2020, one integrating the new Ethereum monetary policy into context. But, how far away is Ethereum from realizing these expectations?

An analysis of the prevailing market scenario can reveal whether Ethereum is on its way to becoming “better money.”

One of the main objectives of EIP-1559 is to control the amount of transaction fees paid by users. It touched exorbitant levels in 2021, but during the recent bearish runs, the total ETH spent fell significantly. 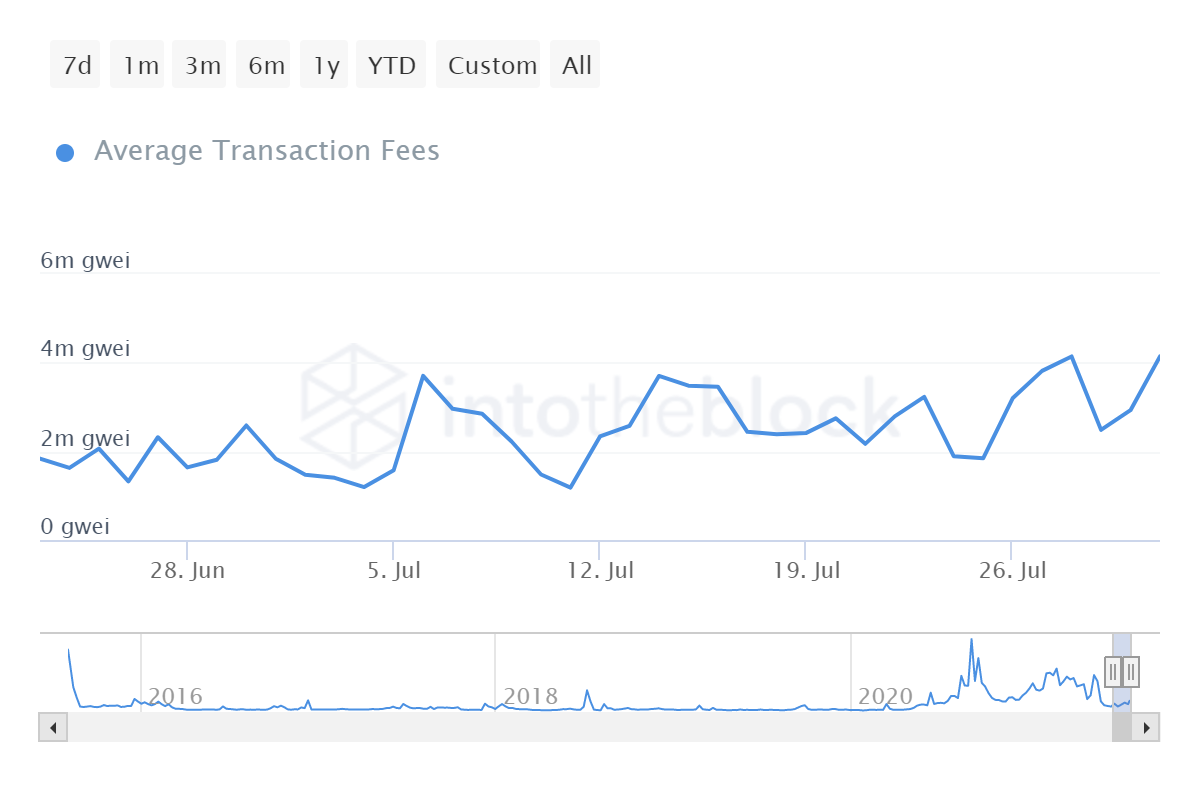 At press time, the total amount of ETH spent on fees had doubled over the past 30 days as the market recovered. However, right now, it is still more than 75% below the levels seen in May. That was a time when users had to pay between $60-$70 per transaction.

The recent hike in demand saw gwei or gas fees rise as well, which is both a pro and a con. Higher gas fees price out users looking for small transactions. But, they are also accepted by hodlers as the amount of ETH being burned will increase depending on the fees being charged. Hence, after the EIP-1559 protocol, their hodled assets will become more valuable.

So, does Ethereum become ultra-sound money after EIP-1559?

Now, on incorporating the current gwei fee state in a simulator, we can derive whether Ethereum’s new issuance and transaction fee state might lead to ETH’s ultra-moneyness. (Some of this data may change over the next few months, so the projected supply and state are variable.) 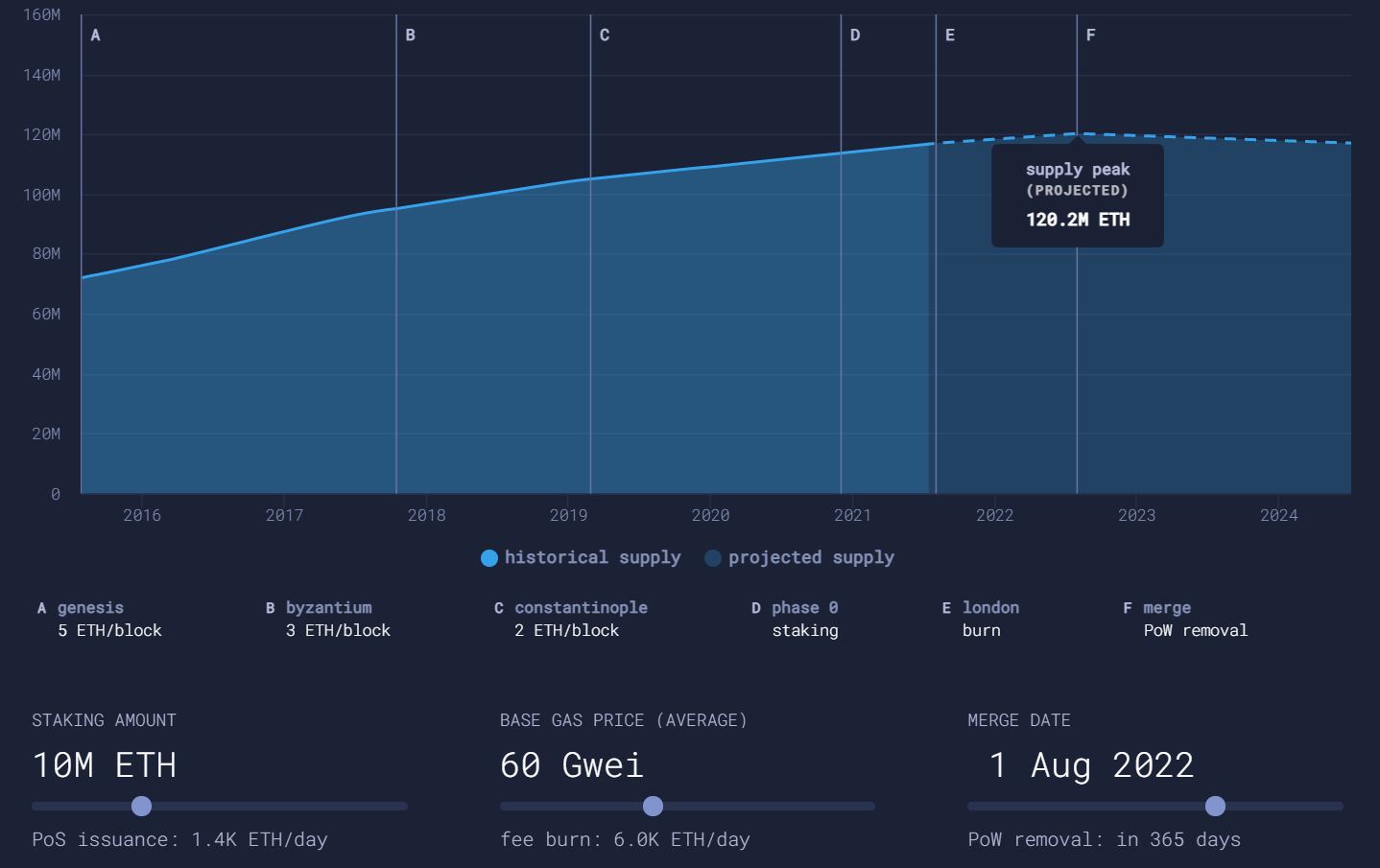 Assuming the gwei fee of 60 remains consistent after the EIP-1559 implementation, the industry will be looking at 6000 ETH burns per day. The staking amount is expected to touch at least 10 million a year from now to when the PoS switch is completed. Now, considering this premise over the next one year, the supply in circulation for Ethereum will only increase to 120 million and peak before eventually going down.

This leads to the conclusion that Ethereum isn’t going to act deflationary right off the bat. It will begin a slow process that will decrease the inflation rate before the merge. But, current allocations and hodlers will hardly see any gains in their overall assets right after EIP-1559.

However, with the implementation of EIP-1559, incentives will be aligned between holders and users as more ETH gets burned when demand increases. Ergo, the ultra-money narrative is still well away from becoming a reality.