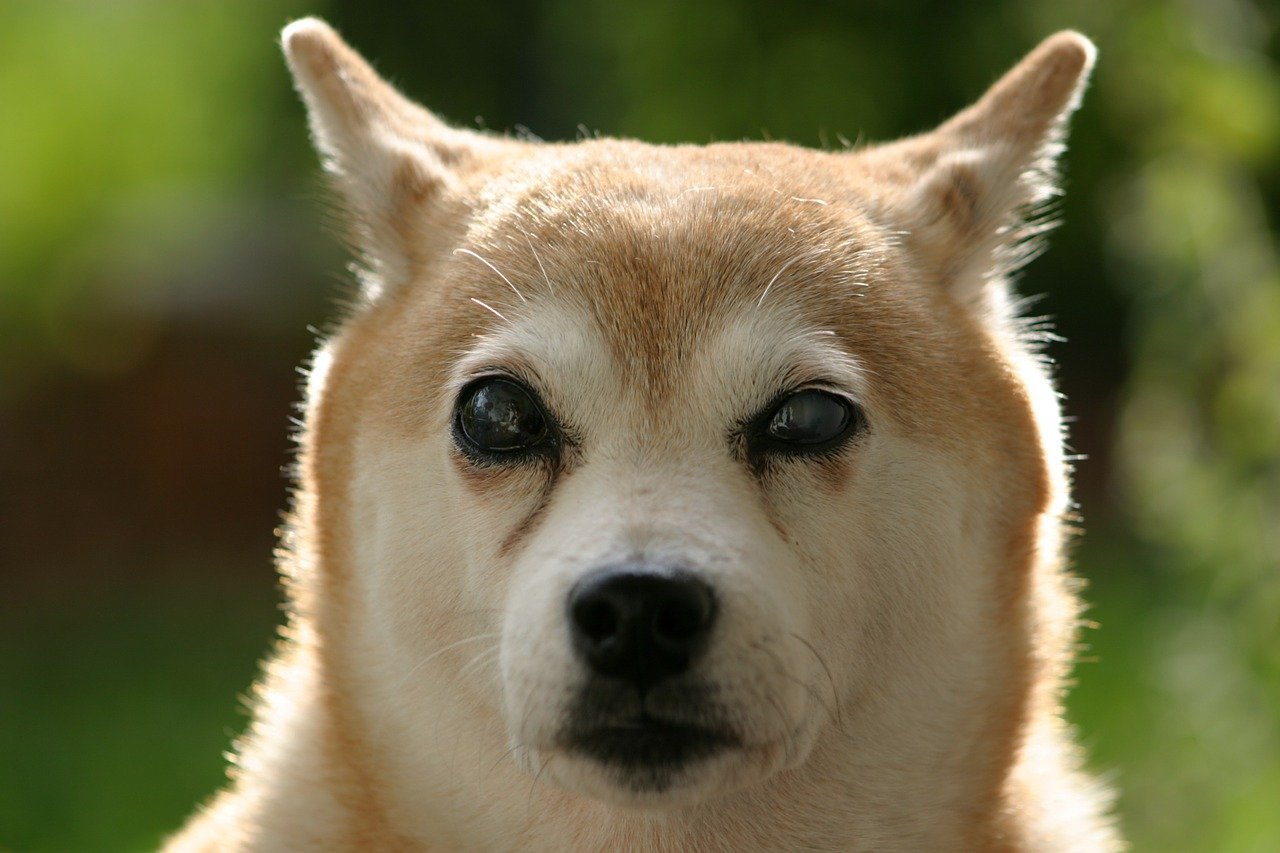 One “cryptocurrency” has dominated the news for most of the first quarter with its exponential hikes – Dogecoin.

Consider this – Before market corrections set in on the 20th of April, DOGE was up by 8,736%, when compared to its value on the 1st of January. In fact, the altcoin climbed by almost 500% on the charts within a 7-day window in mid-April alone.

Thanks to the same, Dogecoin now has a market cap of over $37 billion, with the asset ranked 8th on CoinMarketCap’s charts. And yet, there is a lot of skepticism around DOGE.

Why? Well, because it has failed to emerge from under the cloud of being a “meme coin.” What’s more, Dogecoin hasn’t quite shaken off its reputation for being a joke coin with no utility, something that is not helped by the lack of a core development team. What it does have, however, is Elon Musk and his hype-train.

Needless to say, this has fueled speculations about the crypto being a bubble, a bubble that will soon pop and pop bad. The same thought was echoed by popular TV personality Jim Cramer in a recent blog post, one where he touched upon existing market bubbles.

According to Cramer, the likes of Dogecoin and NFTs are the extremes of what constitute cryptocurrencies, with the former two well inside the bubble territory. He noted,

“Dogecoin was meant as a joke and it is still a joke except a lot more people are on it.”

“I think a more serious market would be a betting market on the direction of Dogecoin because the currency’s action is more reminiscent of sports betting. Why not? To me it’s just a sport, so why not gamble on it.”

In many ways, Cramer’s latest statements are an extension of those made by him in a recent interview. During the same, while stressing on the “joke” status of DOGE, Cramer had said that “Not all cryptos are created equal.”

CoinShares’ Meltem Demirors echoes something similar, with the exec claiming,

“It’s a classic sort of bubble, in my view. My firm does not produce analysis on Dogecoin for a reason. We don’t have a dogecoin in the market.”

These aren’t just blanket statements Cramer and Demirors are making. Look closely, and there’s a lot of evidence backing these assertions.

Consider this – Estimates suggest that the top 1% of Dogecoin addresses hold 94% of the total supply while a single address owns 27% of all DOGE. What’s more, as a recent article highlighted, short-term holders (Addresses holding DOGE for less than a month) have risen from 165K in December to 582K in April. 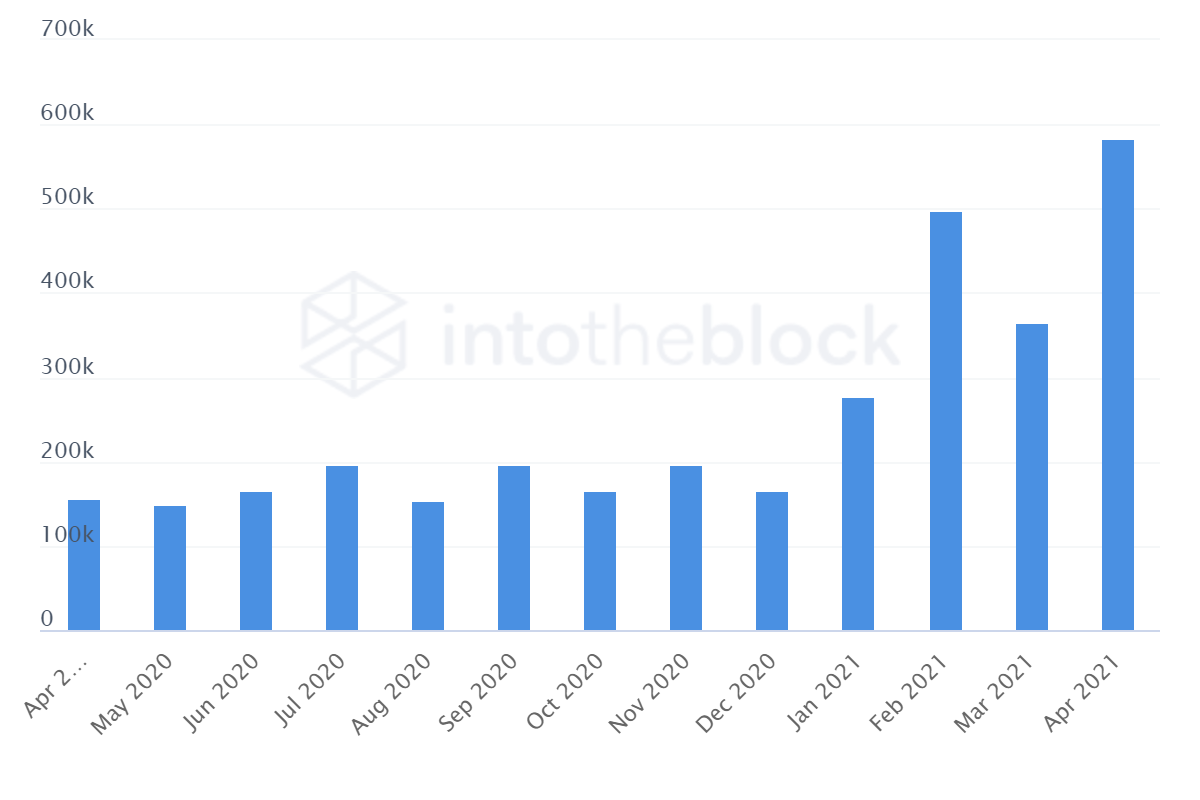 Ergo, the question – Why hasn’t the bubble popped yet? There’s perhaps no right or one answer, but let’s look at the source of a lot of the hype around it – Elon Musk.

As established, the Tesla CEO has long resorted to tweeting about DOGE, with quite a few of his tweets triggering a DOGE rally incomparable to the ones noted by the rest of the market.

Since the start of the year, for instance, Musk has tweeted about Dogecoin at least 25 times, with quite a few of them even bordering on what one would call sh*tposting. Just take into account his most recent tweet –

This isn’t the only one either. Over the past few months, the exec has ruined an iconic Baha Men song to hype up Dogecoin, while also claiming to be serious about putting a “literal Dogecoin” on the moon.

These aren’t organic or ecosystem-centric developments that we often associate with being behind asset-specific price hikes. It is exactly what it is.

Musk isn’t alone either. Mark Cuban, for instance, went on record to say that Dogecoin has no intrinsic value. And yet, not only has he bought DOGE but has defended it too.

Why is Musk hyping up Dogecoin then? Well, from what he says, he doesn’t own DOGE and neither does Tesla. So, a pump and dump can perhaps be ruled out. But, when you rule that out, no rational reasons come up, except perhaps Musk using the “people’s crypto” to take the mickey out of those diving into DOGE before its inevitable fall.

IF that is the case, that, in many ways, could fuel a pump and dump of another kind, one that could have grave implications for not just the health of the crypto-market, but its perception in the outside world too. Dogecoin’s bubble, hence, will pop. The question is – When?

After Bitcoin and Ethereum, should traders consider investing in NFTs?