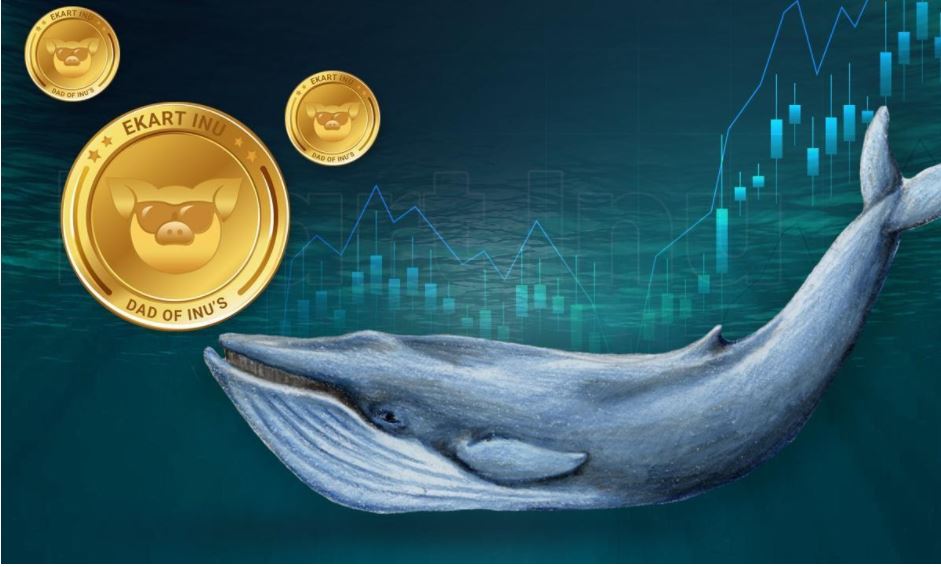 The Cryptocurrency world and Ekart Inu have been proving the statement to be totally true. In a recent series of events, Ekart Inu had transferred 200 million EKARTINU tokens to crypto billionaire and the co-founder of Ethereum Vitalik Buterin for the COVID-19 relief fund.

It is never a dull moment in the Cryptocurrency world and Ekart Inu has been proving the statement to be totally true. In a recent series of events Ekart Inu had transferred 200 million EKARTINU tokens to crypto billionaire and the co-founder of Ethereum Vitalik Buterin for COVID-19 relief fund. As much as it was a kind gesture, it was also a major step in the direction of revolutionizing and integrating the vast use of cryptocurrencies in the modern world. Only if this wasn’t enough, Ekart Inu has now witnessed around 15 crypto whales who have recently bought massive amounts of EKARTINU tokens. Reports also claim that 15 whale accounts own EKARTINU tokens worth 100 million and all these transactions were made at nearly the same time.

As per genuine sources, it has been authenticated that 15 crypto whales have purchased the EKARTINU tokens worth 100 million dollars, which is a great deal for Ekart Inu; the most talked-about e-commerce in the current scenario of cryptocurrencies. Statistically, it has been such an enormous achievement for Ekart Inu that they might just have created history. After all, there has rarely been a token before which managed to garner such an immense amount of attraction towards itself during a token sale in just a span of 15 days. If Ekart Inu’s transaction history was to be analyzed, transactions worth 100K dollars to 30 million dollars can be observed.

We can see the transaction here:

Similar to Dogecoin and Shiba Inu, EKARTINU too is referred to as a meme coin. However, if it maintains the same rate at which the token is growing currently, it would not be a shocker if EKARTINU notices a massive growth in terms of price. If this so happens, the token’s price may jump 1000 times higher and it would probably be the biggest price jump of 2021, making EKARTINU the first meme coin to attain this prestigious mark. This is probably why Ekart Inu and investors who have invested in their token, consider EKARTINU to be the father of all INU’s. 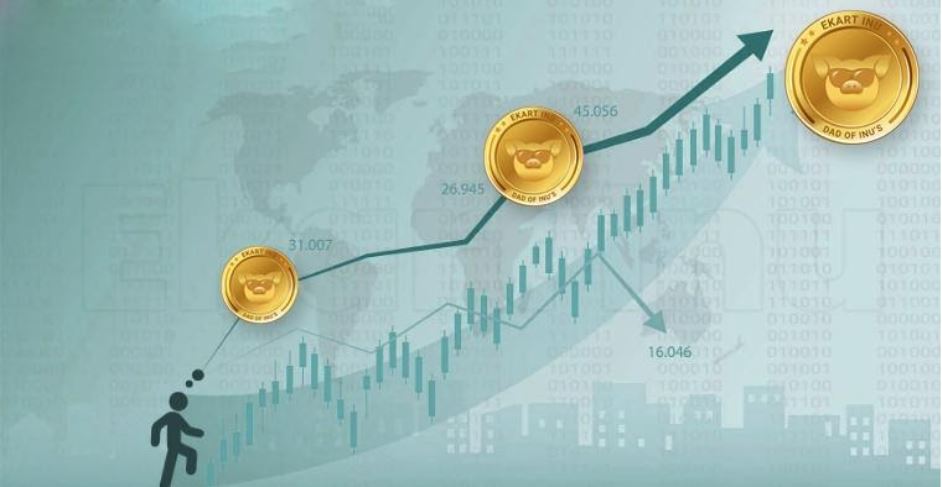 Ekart Inu has essentially claimed that their long-term vision is to bring about a revolution in the realm of online shopping and cryptocurrency through their very own token; EKARTINU. Ekart Inu, a marketplace specially curated to give customers the autonomy to shop and pay through cryptocurrencies or EKARTINU tokens. It is safe to say that the idea is definitely one of its kind and has taken the global market by storm.

Ekart will be home to global payments, applications, and digital money. Ekart has assembled intense new ways for creators to acquire online, a digital economy, and a lot more. It’s accessible to everyone, and all you need is a connection to the internet no matter where you are. It will make extensive use of cutting-edge e-commerce technologies, such as the ability to pay for products with cryptocurrencies.

As an acknowledgment of the significant support received by people worldwide, Ekart Inu decided to organize a pre-sale phase I for EKARTINU. And fortunately, it went exactly like Ekart Inu had pictured it too. In the presale phase I was extremely successful and received a great deal of response from people all over the world. They saw a substantial increase in the number of people associated with their project and token. In fact, as per reliable sources, their account holders increased to a whopping 150K, forcing Ekart Inu to remove the minimum and maximum buy limit for their presale phase II.

Ekart Inu’s presale phase II was an even greater success than presale phase I. This was because Ekart Inu was lucky enough to witness their token’s enormous price jump which happened to increase by ten times during the second phase of the presale.

Various sources and reports have appreciated and applauded Ekart Inu for its initiative towards providing its customers with a better experience in the global market. The venture seeks to create an efficient ecosystem revolving around cryptocurrency wherein total control would be in the hands of the users and communities as a whole. The initiative will be wholly centered around creating an e-commerce portal that facilitates the use of cryptocurrencies and EKARTINU tokens as payment methods.

Ekart Inu has been upfront about the fact that they do not support large investors and that their main business model is based on a strategic hike in price. The whole motive behind this vision is to suppress the existing pattern of trading wherein large investors tend to manipulate the market. No doubt Ekart Inu is the future that all of us should look forward to.

Dogecoin traders must be on the lookout for this