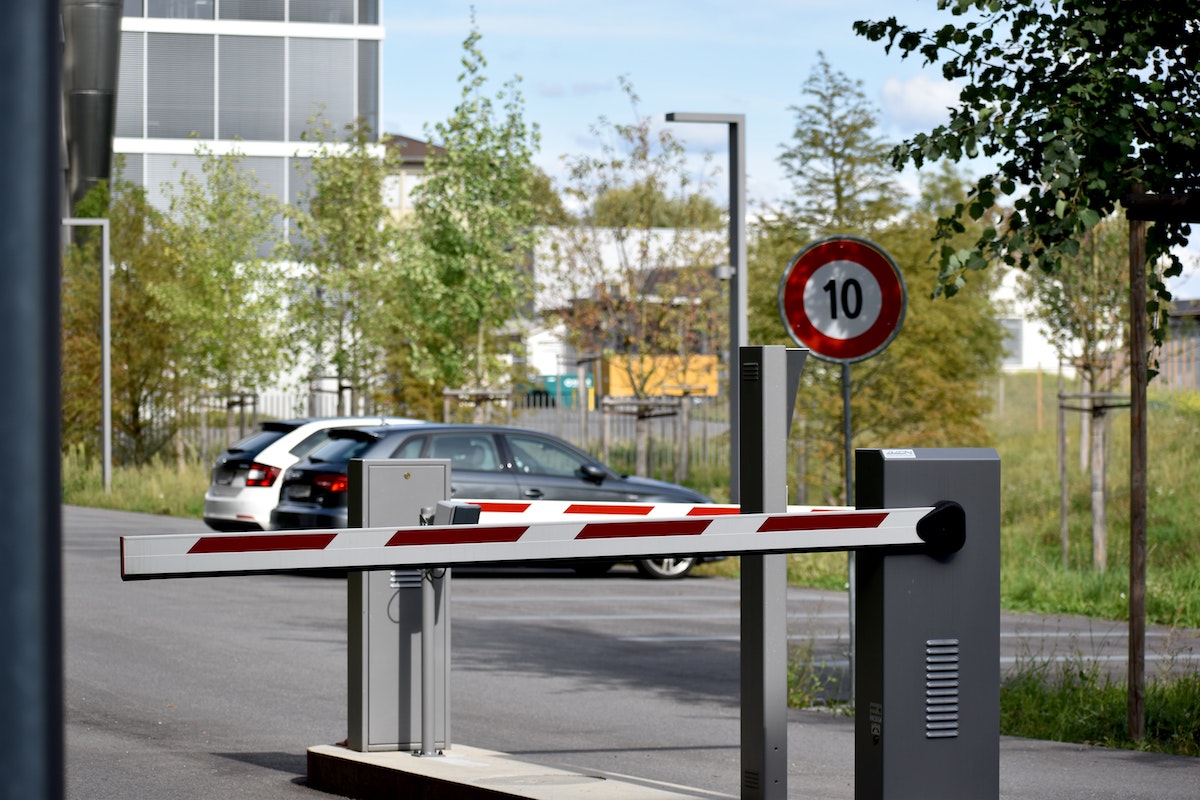 Security-enhanced privacy and personal monetary sovereignty are some of the major advantages that have seen decentralized exchanges (DEXs) rocket in popularity in recent history. Unfortunately, DEX use comes with its own set of security risks.

dYdX in the fray

Today, decentralized crypto-exchange dYdX is trending, although not exactly for the right reasons. It is a non-custodial decentralized exchange that allows users to leverage trade via Ethereum smart contracts. Just recently, its daily trading volume surged to nearly $10 billion on the platform, surpassing the daily volumes of Coinbase and Uniswap.

However, one development might just affect this impressive surge. The protocol is in the news today after it resolved a security vulnerability before it could be exploited. The team discussed the same in a series of tweets.

dYdX’s team alerted people of a security issue with a newly deployed smart contract. One of the aforementioned tweets said,

At 05:21 UTC today the dYdX team was alerted of a security issue with a newly deployed smart contract

❗If you have set allowance to deposit to https://t.co/1WbZbCpiuX since Wednesday 11/24 read for important recovery information❗

NO FUNDS WERE LOST AND ALL FUNDS ARE SAFE 🔒

“All users who have set allowance to deposit since Wednesday, 24 November, are advised to visit the exchange and recover the funds as soon as possible. Your funds are not at risk but must be moved back to your wallet.”

The white hat recovery was accomplished in collaboration with a man named Samczsun and the dYdX team, via which all potentially vulnerable funds were saved. 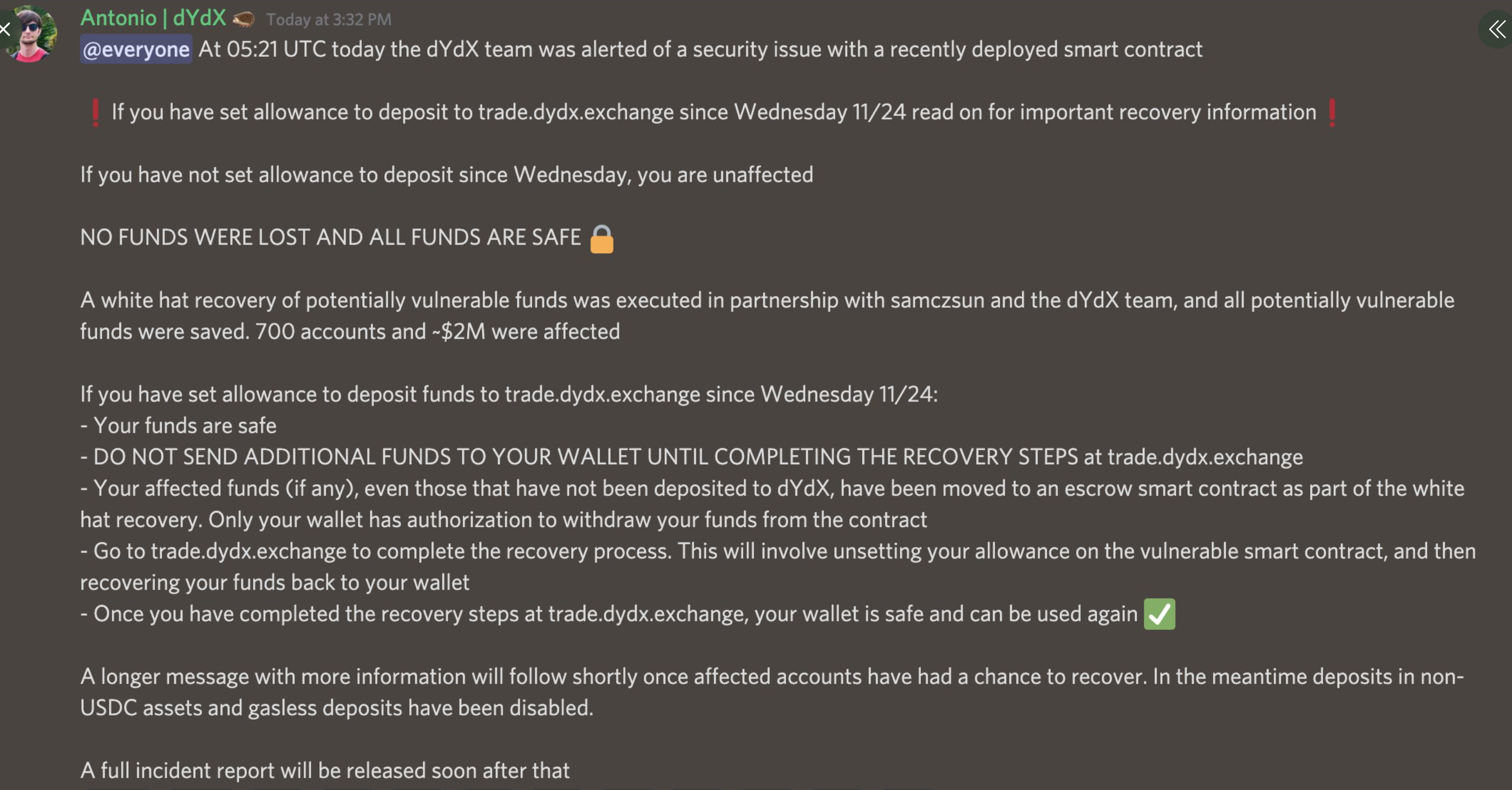 Now, on the question of the affected funds i.e. 700 accounts (around $2M) were diverted to an escrow smart contract as part of the white hat recovery. These funds included accounts that weren’t deposited to dYdX. Nonetheless, to maintain security, only the user’s wallet had access to recover the funds.

The protocol’s executives further advised users (who set an allowance to deposit funds) to avoid the transfer of funds until the team asks to do so.

Once you have completed the recovery steps at https://t.co/1WbZbCpiuX, your wallet is safe and can be used again ✅

Other users who didn’t set any allowance to deposit to the dYdX Layer 2 Perpetuals product were unaffected by the aforementioned developments.

In the meantime, gas-less deposits and the 0x swap integration were deactivated until further notice. The team concluded,

“A longer tweet with more information will follow shortly once affected users have a chance to recover A full incident report will be released soon after that.”

At the time of writing, the flagship token was trading in the red zone, down below $13 with a 7% correction over the last 24 hours.

A similar impact on the alt’s price was seen earlier in August as well.

Note: This is developing news and the article shall be updated accordingly…