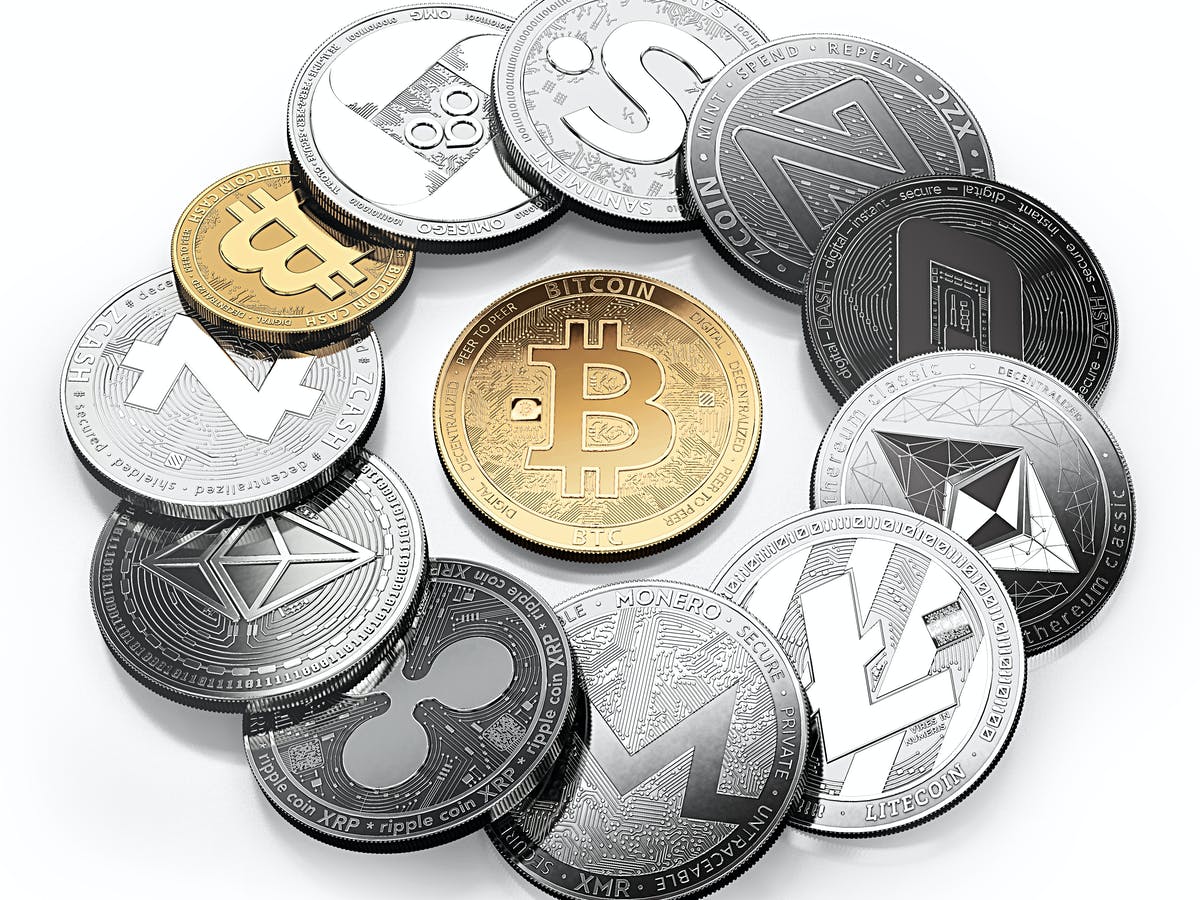 Bitcoin has been dominating the market since the existence of cryptocurrency, but recent years have seen the king coin lose its grip. In the wake of that loss, altcoins started gaining traction with several major altcoins grabbing BTC’s lost share. However, the question here is how soon or should we expect an alt season at all? The answer to that question isn’t that complicated though.

2017 was the year when the crypto markets started to realize altcoins’ potentials and began developing and promoting more of them. The result? Bitcoin’s market share started wobbling. That same year we saw 3 altseasons occurring at different intervals. 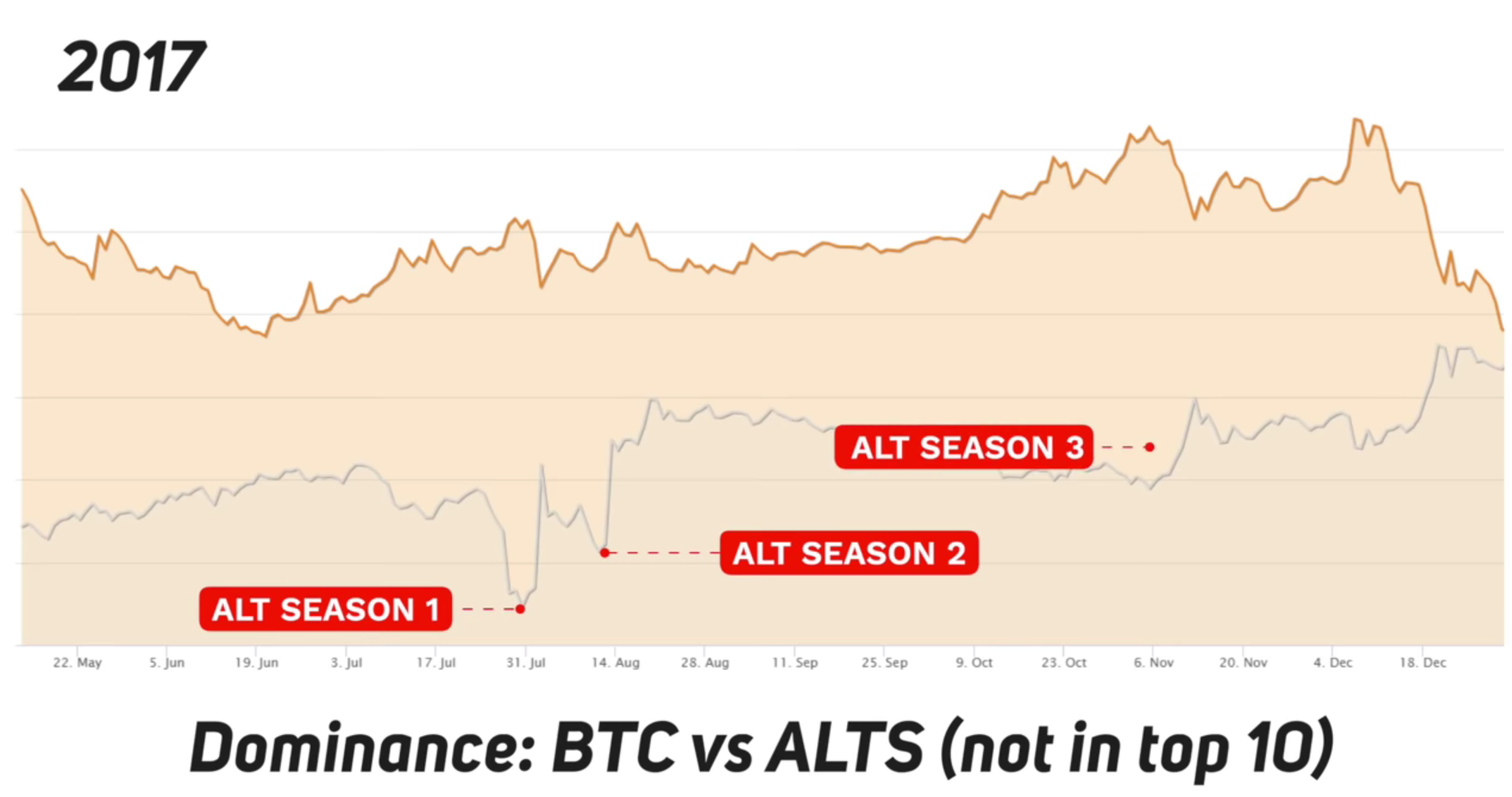 Coming to 2021, we can see a similar pattern forming this year as well. Bitcoin held 71% dominance over the crypto market, whereas altcoins (excluding those in the top 10 cryptocurrencies) had a mere 10% at the beginning of this year. This figure has since fallen consistently as towards the end of May, BTC’s dominance dropped to 40% and altcoins’ rose to 23%. 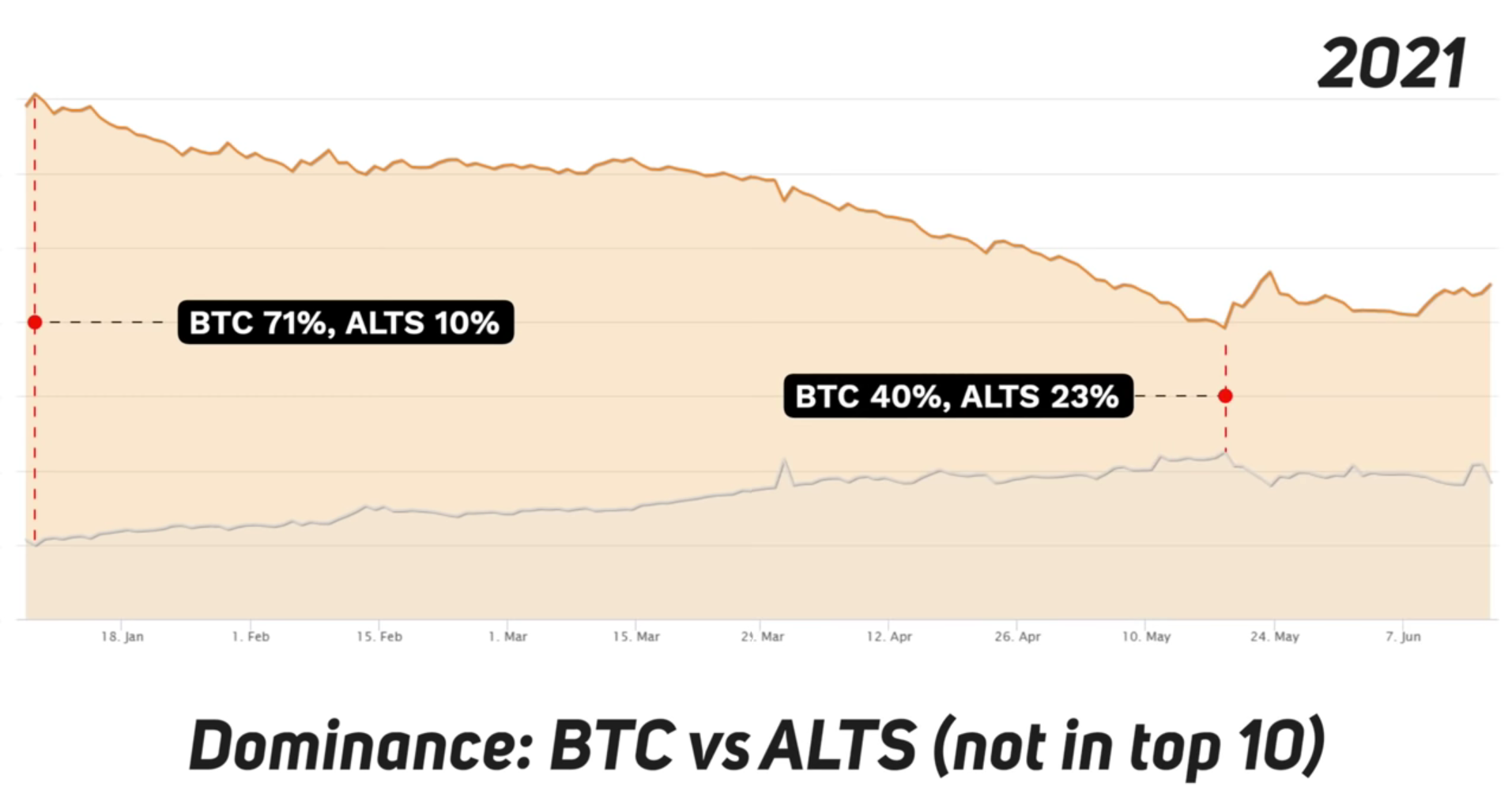 Even the altcoins included in the top 10 cryptocurrencies have made steady gains in capturing the markets. The most prominent of these is Ethereum as it has continued to rise over the year and controls over 17.3% off the market at the moment. Bitcoin [BTC] along with Ethereum [ETH], Binance [BNB], Cardano [ADA], XRP dominate more than 50% of the market. Combined, these coins have a share of 69.84% in the market. Their movement sets the tune for the rest of the coins. 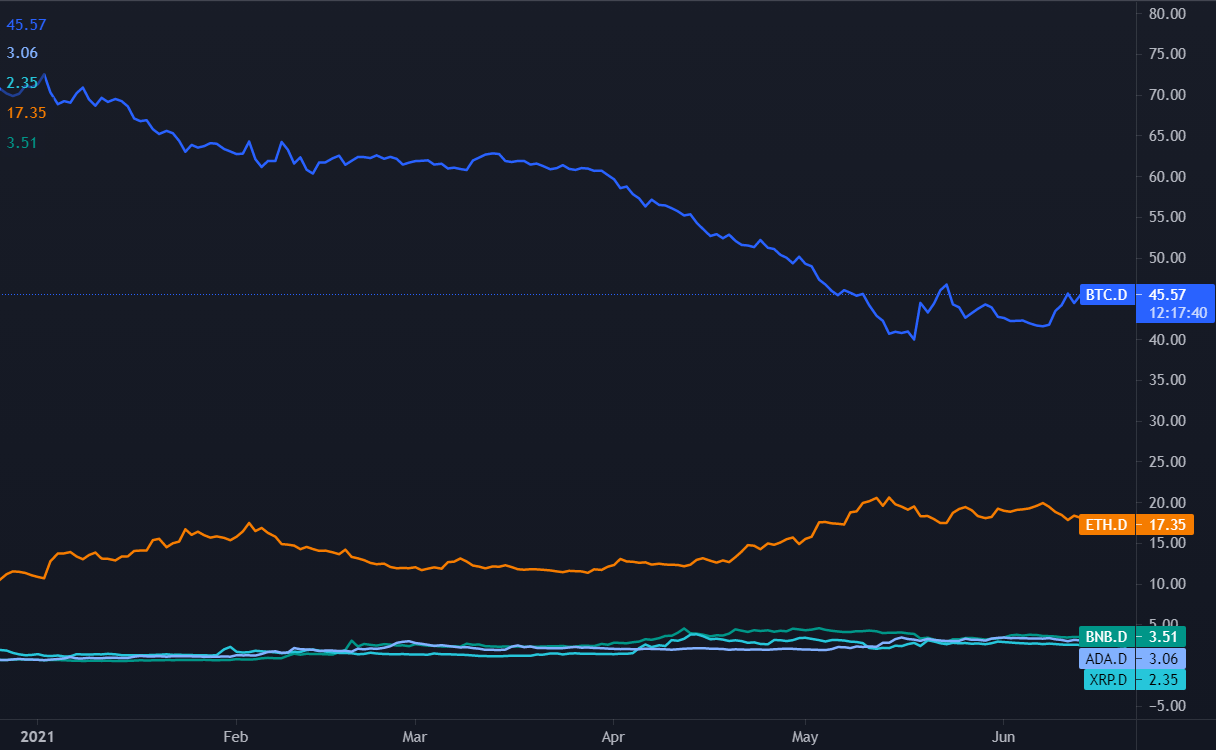 Now the reason why these numbers are important is to answer the question we discussed at the beginning. And the answer is yes, the altcoin season is not only about to begin, it’s as close as to 20 days from press time.

For the altseason to arrive the market needs Bitcoin to engage in a bullish reversal. Despite the recent dip, the coin seemed pretty optimistic. If and when the coin continues to rise and possibly break through the resistance levels, a bullish reversal would take place. Popular analyst Chico Crypto said in his analysis that,

“Bitcoin is following the Wyckoff accumulation pattern pretty dang close… Getting back to $50k will be a confirmation that the bull is back and altseason is back on.”

According to him, based on the Wyckoff pattern being formed at the moment, the breach needed for the altseason to arrive is expected to occur approximately by July 10. This would mark the first altseason of the year. The reason why this pattern is similar to 2017 is that 2017’s first altseason arrived in July as well.

This year the market has seen many ups and downs for the top coins’ prices. And surprisingly, all the top altcoins fared much better than Bitcoin, in particular. Even though the May 17 dip did pull the brakes on most of their bull run, the altseason would definitely shoot them back up. 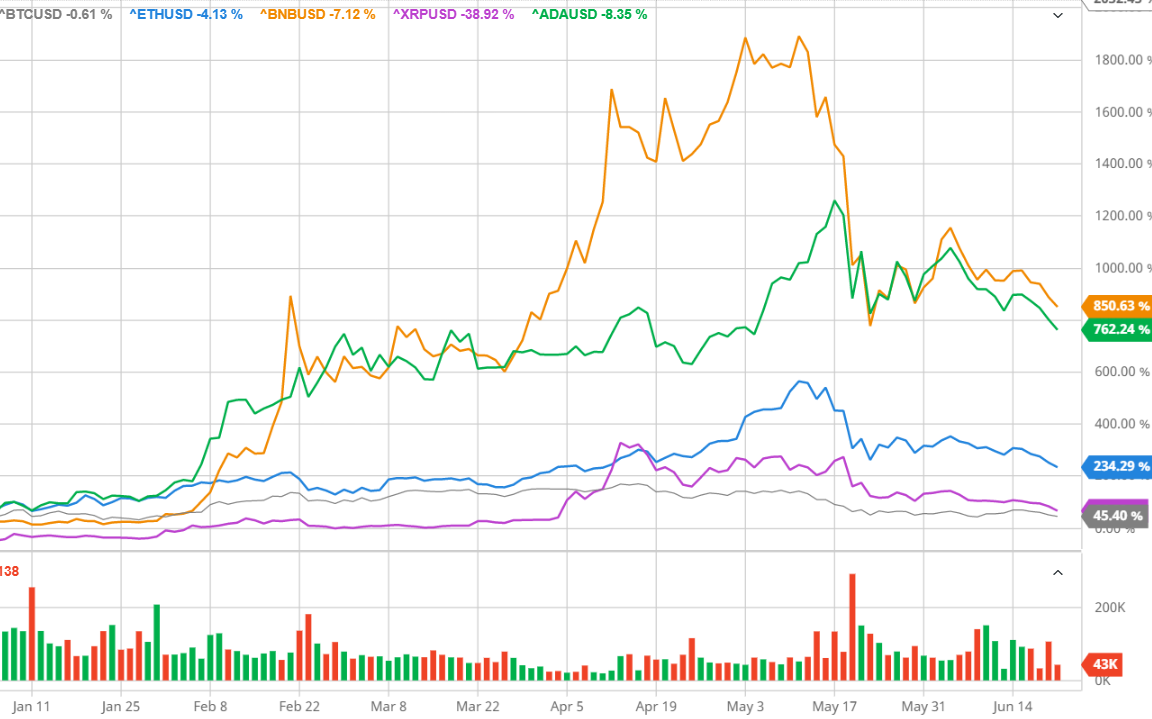