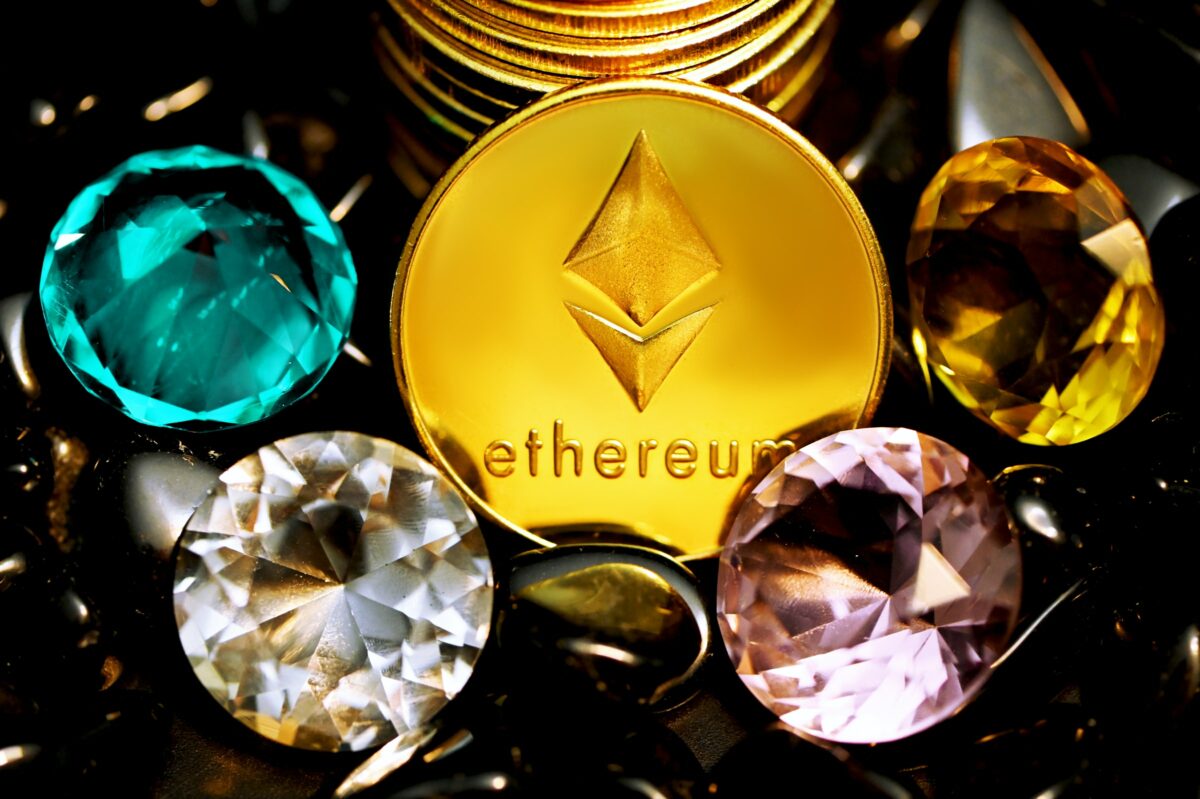 A panel of financial experts assembled by Finder provided an updated price prediction for Ethereum. The panel suggested Ethereum to end the year on a high at around $5800. This is a major bit of news for the Ethereum community for many reasons.

The Ethereum community has been in distress for many months now. This year was expected to be their year of dominance with the impending Merge with a host of other soft forks. However, Ethereum has not been able to back up the expectations. The Ethereum price has dropped by more than 43% from its all-time high in November 2021 to around $2800.

However, Ethereum has actually done well in other areas in the past two years. According to a Bankless study, the DeFi TVL in Ethereum has increased 82% from $49.1 billion to $89.5 billion over the year. This measures the value of the assets deposited into Ethereum-based DeFi protocols, such as decentralized exchanges, money markets, and options vaults. 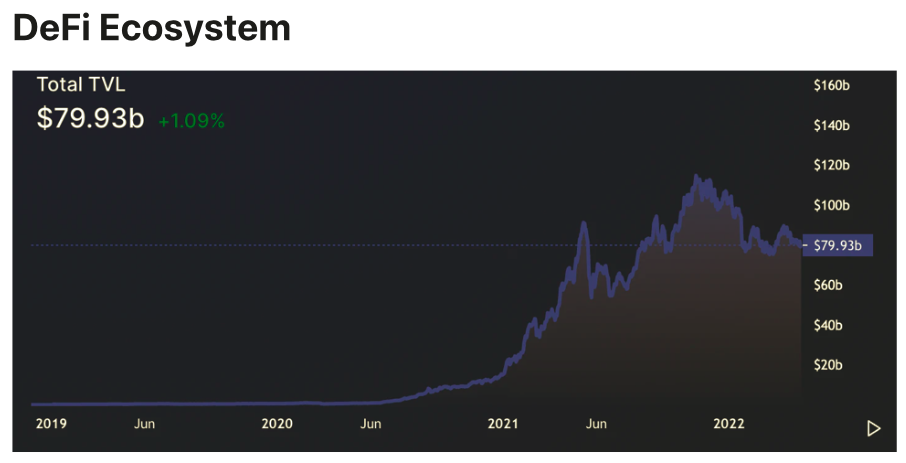 Ethereum has also benefited from the soaring interest in NFTs that are the largest built on the Ethereum blockchain. The all-time NFT sales volume on Ethereum stands at $25.6 billion which is considerably more than the next four put together.

“Ethereum is at a very uncertain place in its journey at the moment. Ethereum is currently losing DeFi market share to its competitors, although it still remains dominant by a huge margin…. I don’t think Ethereum will be a second cryptocurrency forever.”

“It (Ethereum) should be more secure, 99% more energy-efficient and deflationary. If that isn’t the trifecta of potential, as a leading blockchain, I don’t know what would be.”

Not all is bad for ETH

Ethereum miners generated about 1.08 times more revenue than Bitcoin miners in April, as per The Block. Ethereum mining has been far more rewarding than Bitcoin. This pattern has continued since May 2021. 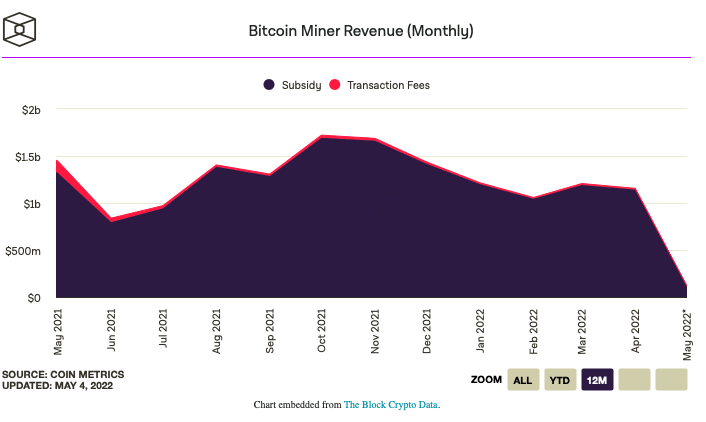 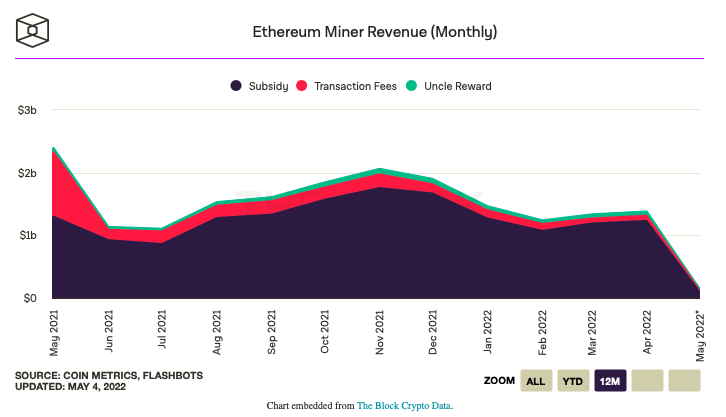 The ETH miners saw an increase in their revenue by 6.2% for a total of $1.33 billion. A larger portion of the Ethereum revenues came from the subsidy, at around $1.25 billion. AT the same time, transaction fees totaled around $82.88 million while uncle rewards stood at $58.85 million.

Related Topics:Bitcoin EthereumEthereumThe Merge
Up Next