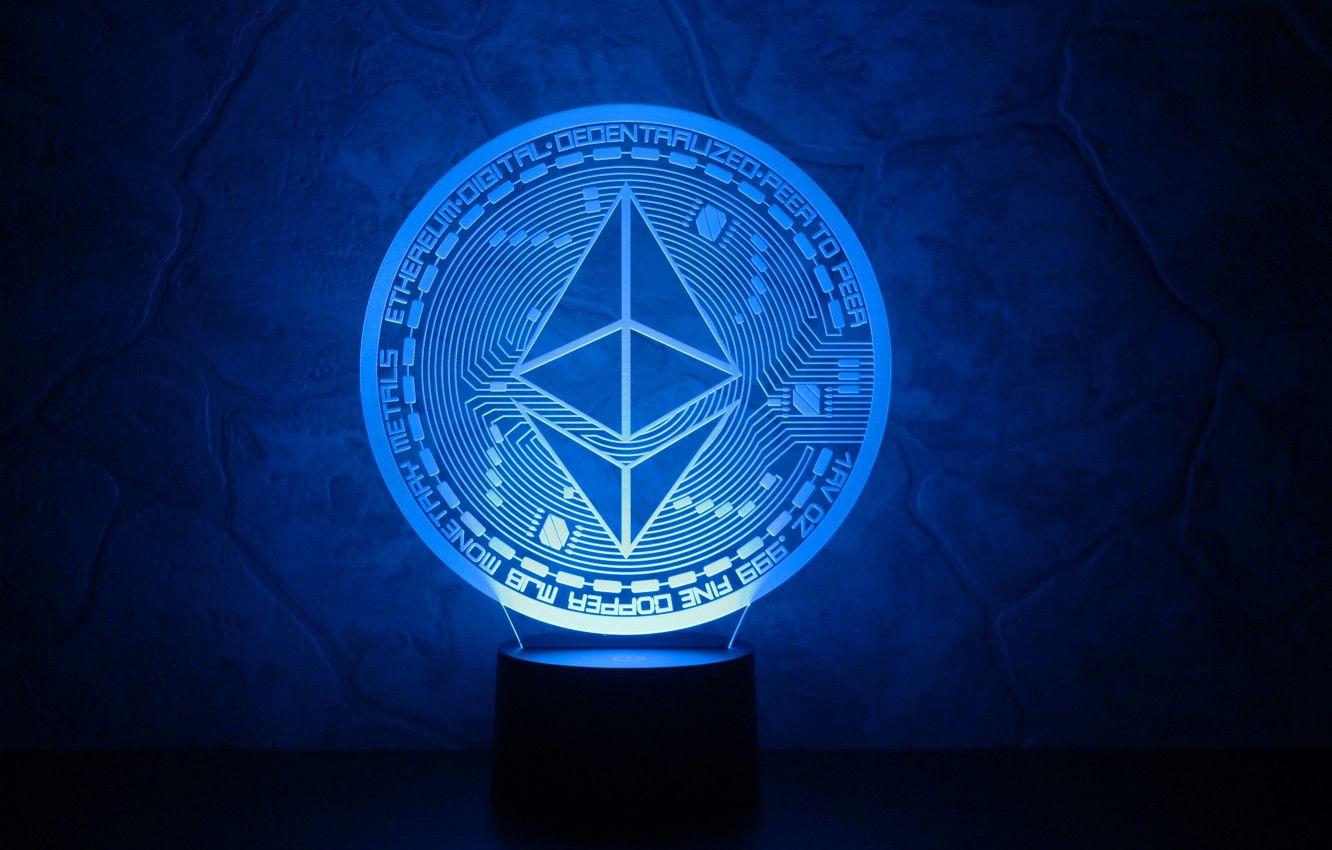 Ethereum has been observing changes in market patterns and investor behavior since the London hard fork came into effect. With the price rise witnessed recently, it is only natural for investors to want to jump into the market. To make profits we look at multiple indicators, however, there is a new buy signal appearing. But the question remains – should you buy at the moment?

Santiment shows us that instead of numbers it’s the top players who are dictating this buy signal. Ethereum’s top 10 addresses are acting that way. Looking at their movement, historically, when they begin accumulating, prices begin to go down. When they are HODLing, the price is at its lowest and when they start selling, the prices appear to be rising.

At the moment it looks like the supply held by them is decreasing which translates to them selling. At the same time, prices are rising, thus the opportunity looks profitable. 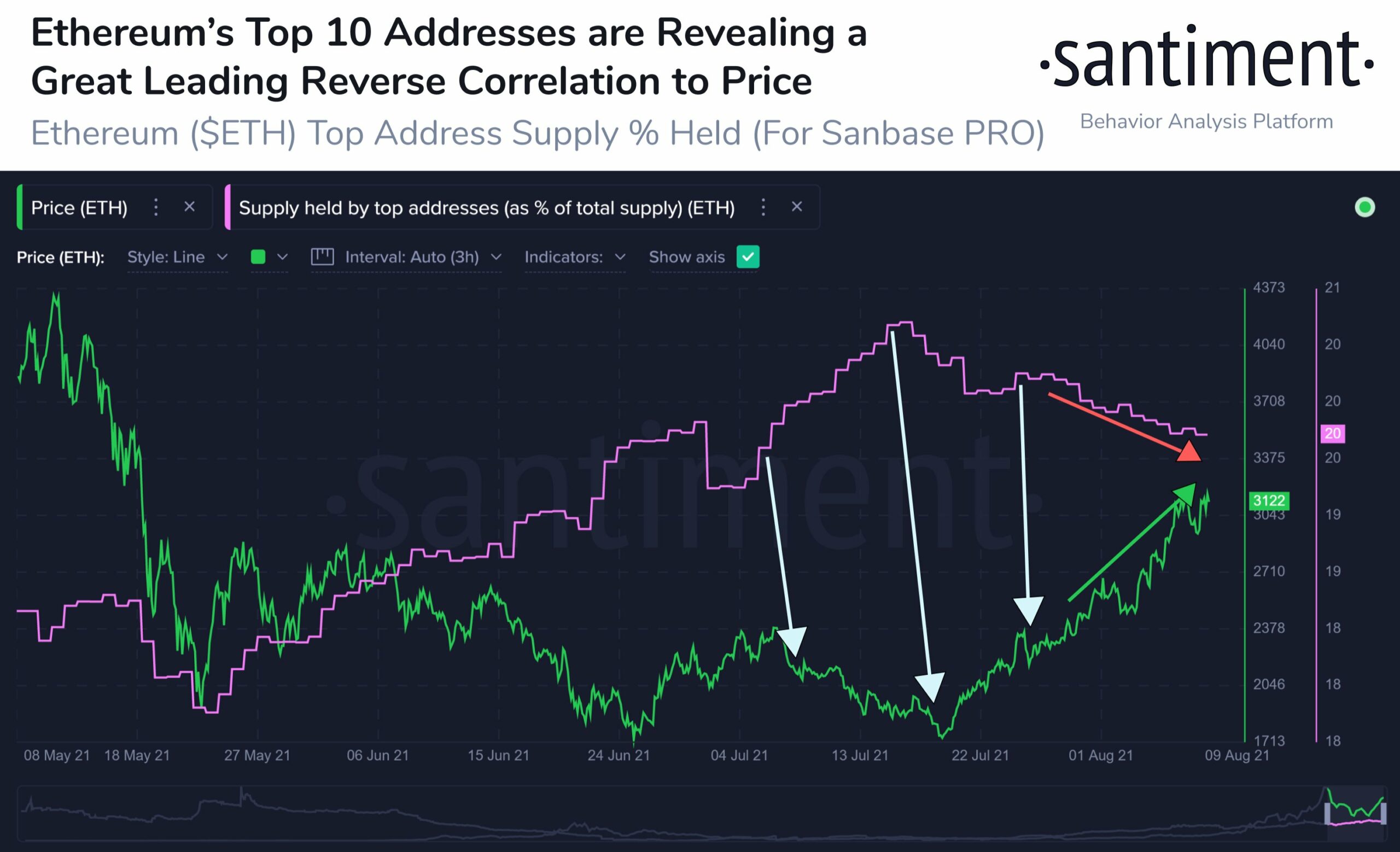 This profitability is verified by the position of the Market Value to Realized Value (MVRV) ratio. The indicator is at a 3-month high currently, which showed that ETH is highly profitable for investors.

In addition to this are unrealized profits which are currently at their highest levels since May highs. Unrealized profits are registered when the coins whose price at realization was lower than the current price are combined. This reach acts as another point of interest for investors. 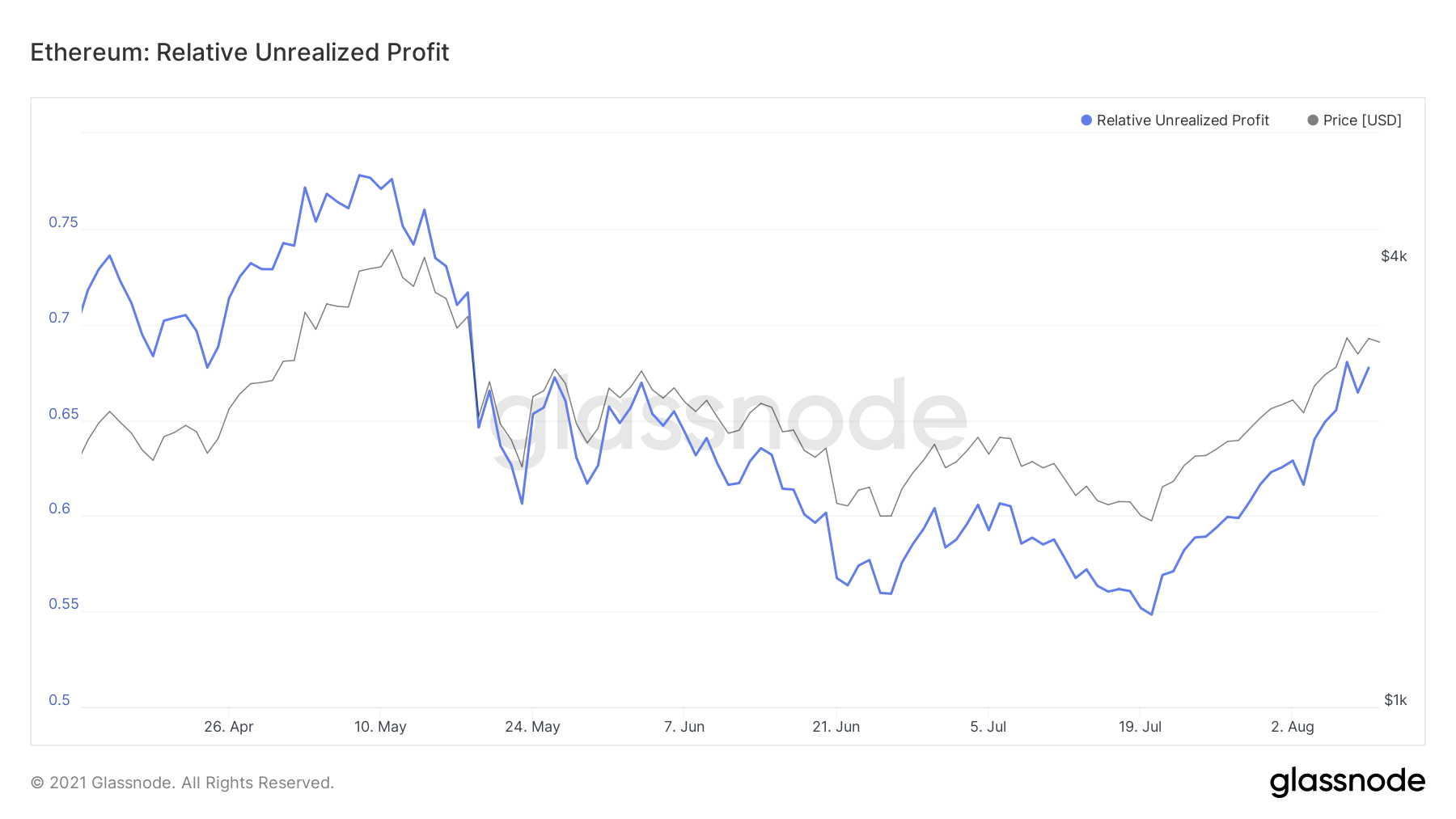 BUT don’t buy just yet

The reason is what the numbers show. Supply in profit (SIP) is at 96%; it may sound like a good thing, but it is not. 95% is the threshold, post which any reach represents market tops. On August 7, SIP reached those market tops which have since come down slightly. This is an indication that the bullish trend is now beginning to decline. 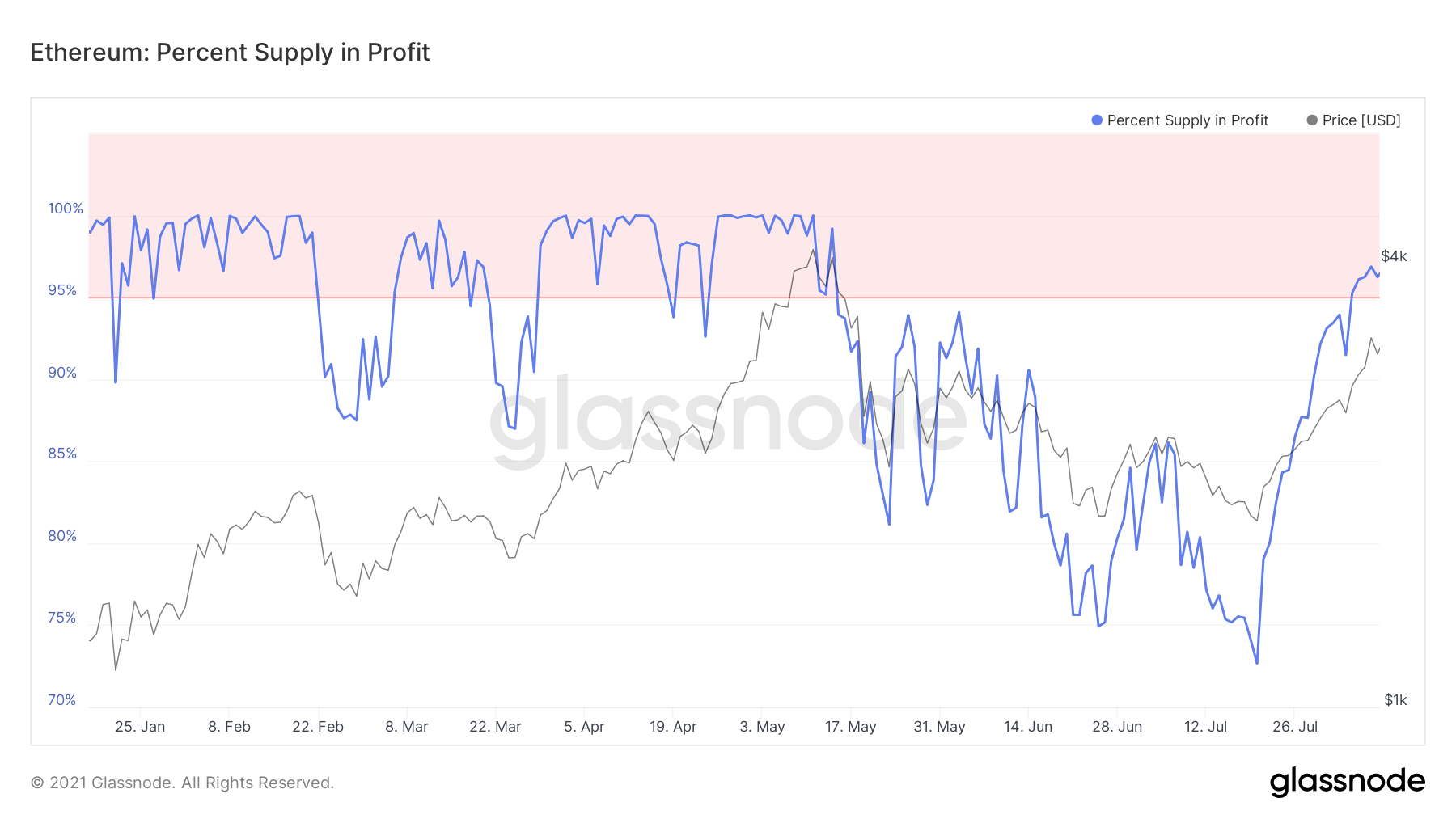 Lastly, the declining trend’s effect can already be observed on investors as active addresses have come down significantly. The above data when combined with the possibility of incoming corrections, indicate an atmosphere of caution entering the market.

Related Topics:ETHEthereumEthereum price rally
Up Next

Another price hike awaits Ethereum if this happens

Cardano’s long traders could take advantage of this