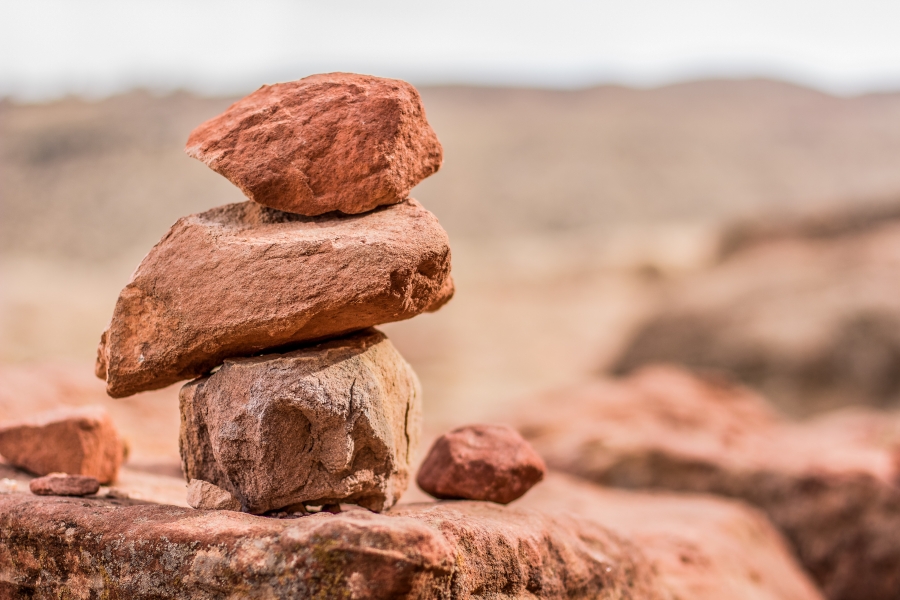 The sudden drop in Ethereum’s value from over $204 on 24 September to around $155 in just 24 hours, accounted for a loss of over $4 billion in market cap over the period. Since then, ETH’s price has bounced back to a reasonable degree, frequently testing the $173 resistance. The price drop was also accompanied by a ~35% increase in volatility over the 24 hour period, remaining fairly consistent since then at volatility levels last seen only in mid-July. 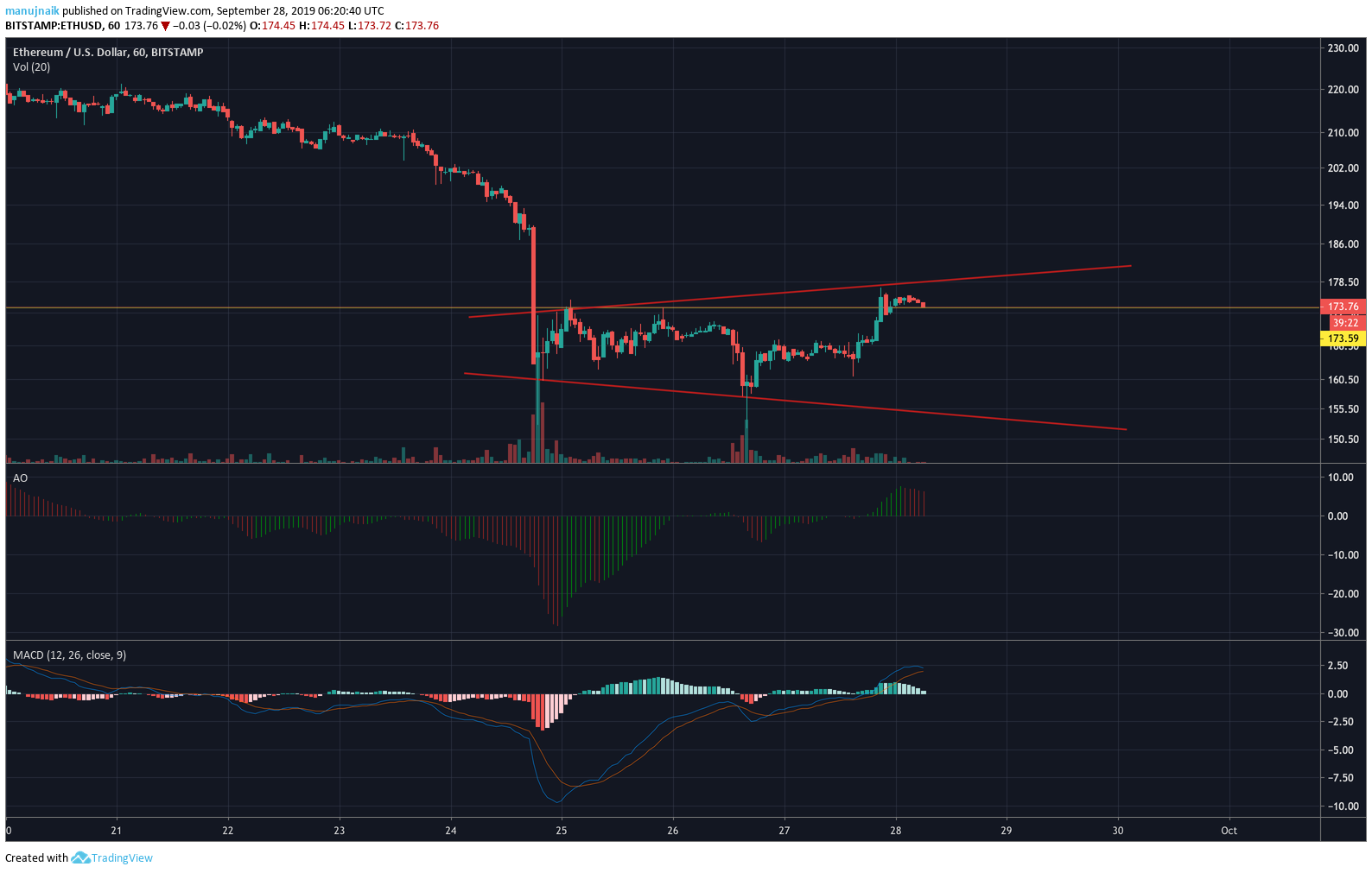 Ethereum broke past the $173 resistance today, conforming to an overall pattern of a broadening bottom, which is usually preceded by a decline in price, as is seen here. The Awesome Oscillator shows decreasing bearish momentum as the day progresses, while the increasing volatility and the MACD line pointing towards a signal line crossover is indicative of a slightly bearish market. 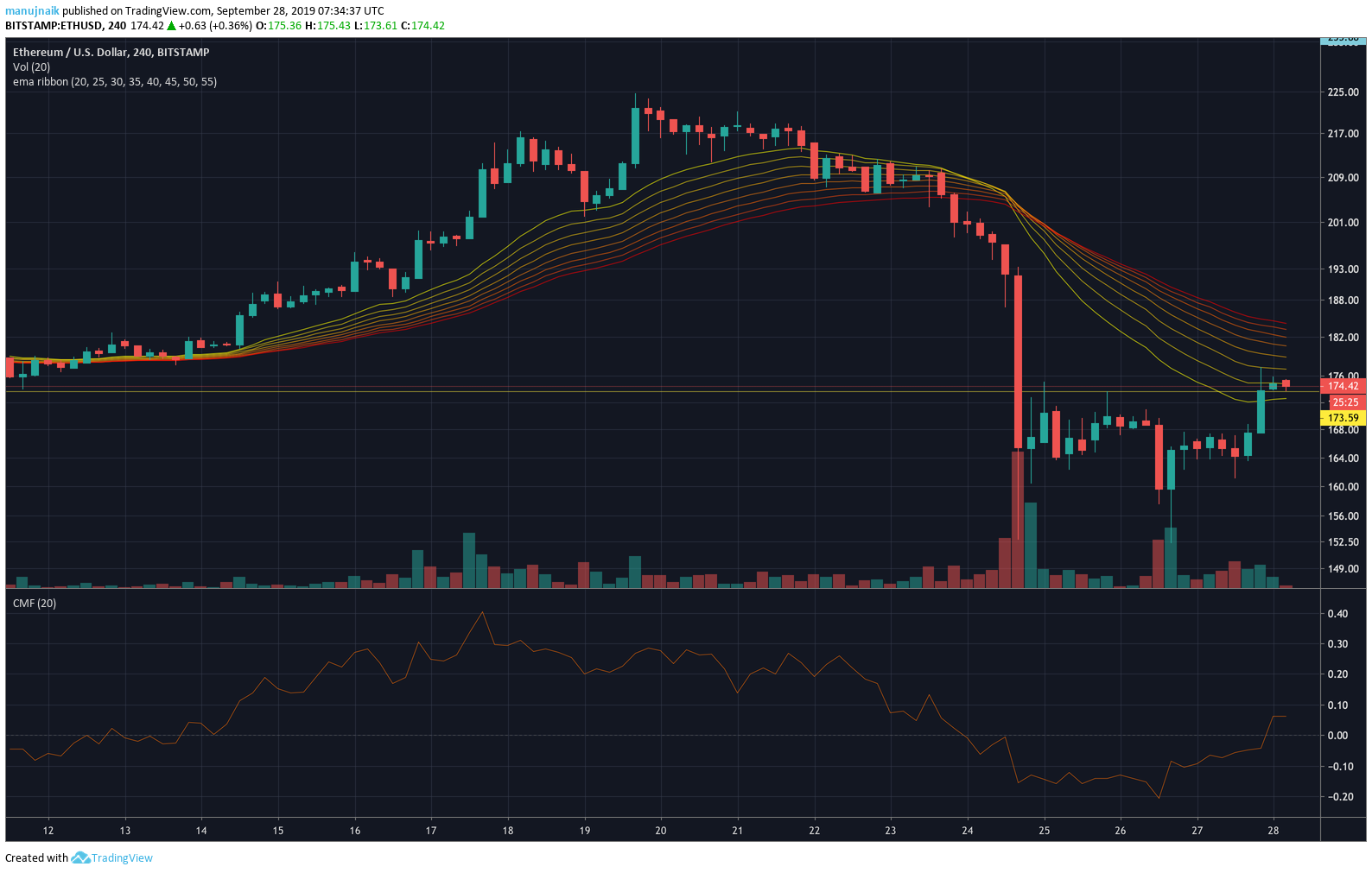 The EMA Ribbon lines seem to be converging, marking a possible move towards price stability as the CMF indicator hovers over the 0 mark, indicating a balance between buyers and sellers.

For the short-term, Ethereum seems to be slightly bullish, with there being a likelihood of the coin acquiring price stability at around $180, despite increased volatility in recent times.