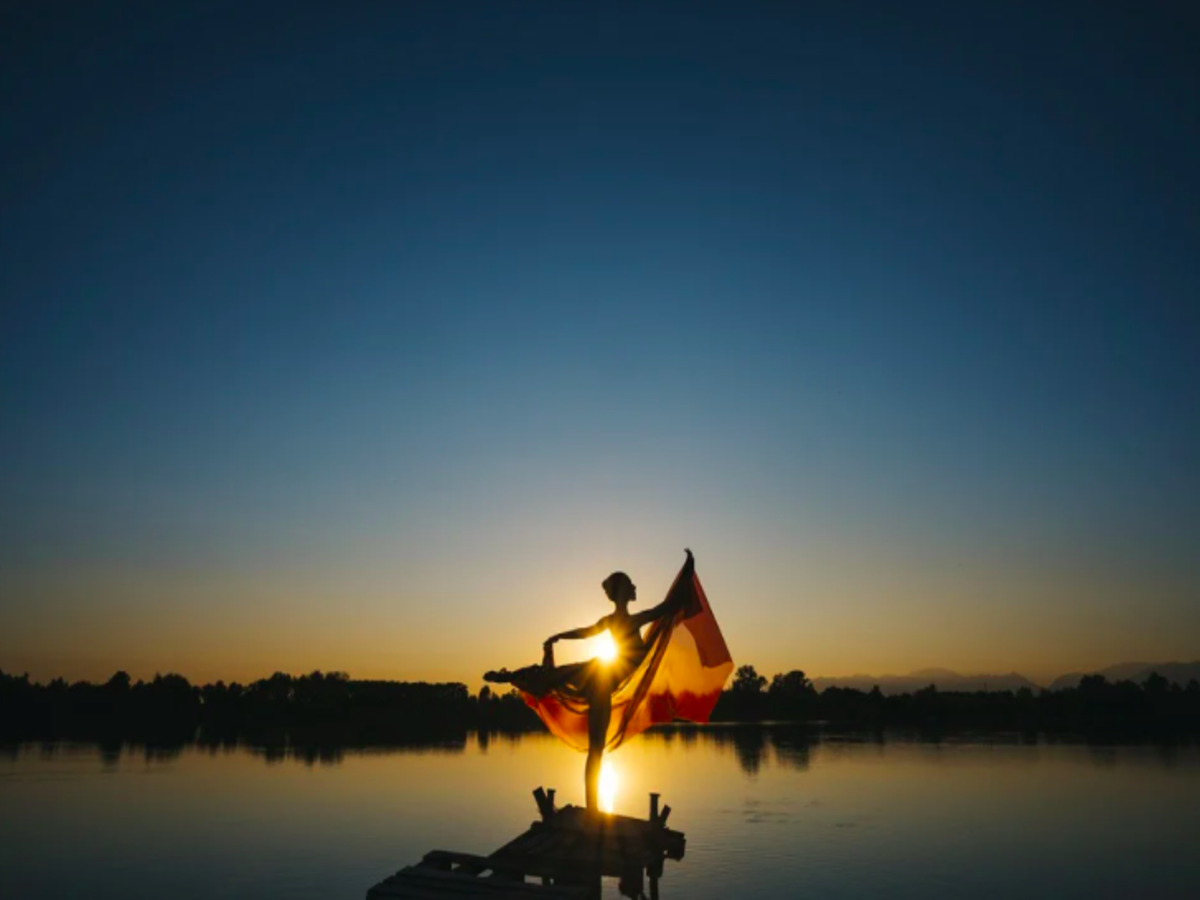 The DeFi space has seen its own share of ups and downs over the last few months. May’s crash was brutal for tokens from this space too, but they somehow managed to sail through and recover in time.

COMP has, however, been one token that has desperately been trying to inch back to its previous highs. It has, unfortunately, not been able to do so and a couple of fundamental factors have been stalling its recovery.

Thus, having a look at the same would give us a better understanding of where Compound stands at the moment.

Brushing up the basics first

Compound is a DeFi lending protocol that allows users to fetch interest on their cryptos by depositing them into one of its pools. Basically, whenever users deposit tokens to a Compound pool, they receive cETH in return and with time, the exchange rate of these tokens to the underlying asset increases. This is essentially how users earn.

Borrowers, on the other hand, can opt for a secured loan from any pool by depositing some collateral. The basic LTV ratio varies based on the collateral asset but currently ranges from 40% to 75%. In effect, the interest paid varies depending on the borrowed asset. Here, borrowers usually face automatic liquidation if their collateral falls below a specific maintenance threshold.

Since its launch in 2018, Compound’s platform has managed to garner a lot of traction and popularity. People have consistently been locking up their assets on this platform. The TVL growth from $1 billion to $11 billion over the past year is a testament to the same. 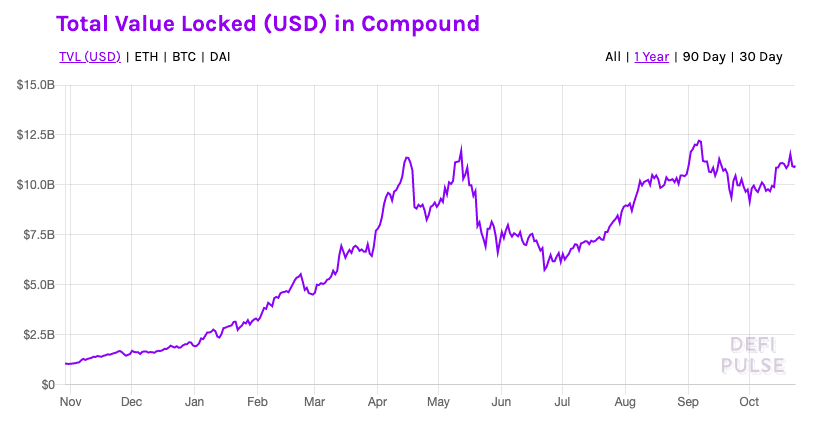 Compound’s activity gradually started picking pace in June and July. In fact, as per data from Messari, Compound managed to hit a new ATH in loans and outstanding deposits towards the end of Q3 this year.

Spilling out the numbers – Outstanding loans grew by 57% in the third quarter, owing to an increase in the COMP market’s liquidity. Conversely, during the May crash period, the same had massively shrunk because the liquidity and interest rate factor acted like spoilsports.

However, over the past few months, favorable market conditions and fancy borrowing rates have managed to get back people on board. In effect, COMP’s token value managed to hike slightly. Over the same period [Q3], the outstanding deposits also hiked by 48%.

The aforementioned numbers would have likely been even higher if the whole distribution bug episode hadn’t unfolded. 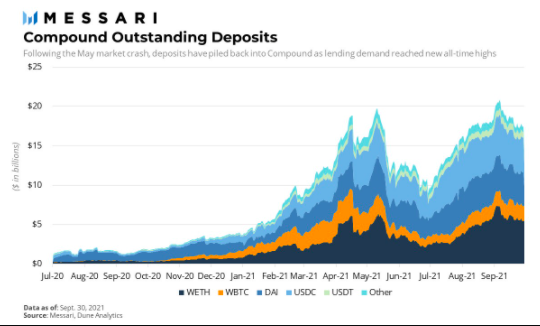 Here’s the flip side

Nevertheless, since the beginning of 2021, the aggregate utilization ratio has shrunk from 58% to 38%. Simply put, this ratio provides an insight into the extent to which Compound is being used. The deteriorating state of this metric is evidently not a great sign.

Depositors, at this stage, are receiving the least amount of interest they’ve received in Compound’s history. This is, perhaps, one of the contributing reasons to the utilization dip.

Unsurprisingly, the borrowing volume and the deposit volume also significantly shrunk over the same time period, despite the strong loan and deposit growth. 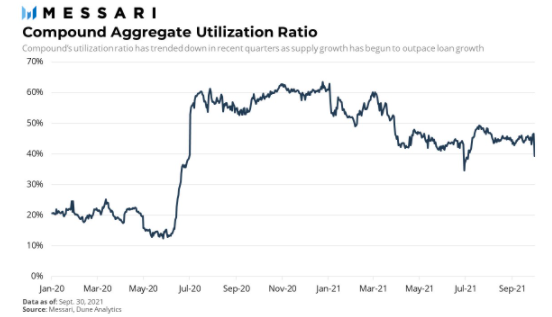 Even though Q3 has been a comparatively ‘quiet’ quarter for Compound, it does have the potential to flip to the upside in Q4. The Compound community has quite a lot to look forward to. The launch of Compound Chain, for instance, will aid in the influx of new people into the Compound ecosystem. In effect, this will better the state of the utilization metric.

Quite similarly, one can expect the protocol’s revenue to also get back to its previous highs. Only when the aforementioned factors, in conjunction, play out as expected, market participants should expect COMP’s valuation to get back close to its $900 May highs.

If that doesn’t really happen, the DeFi token will find it challenging to get past its $300 range. 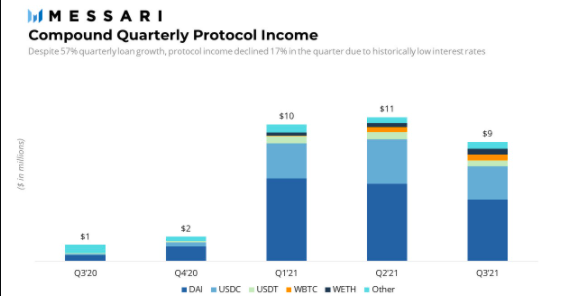 This is where Avalanche could stabilize before the next hike