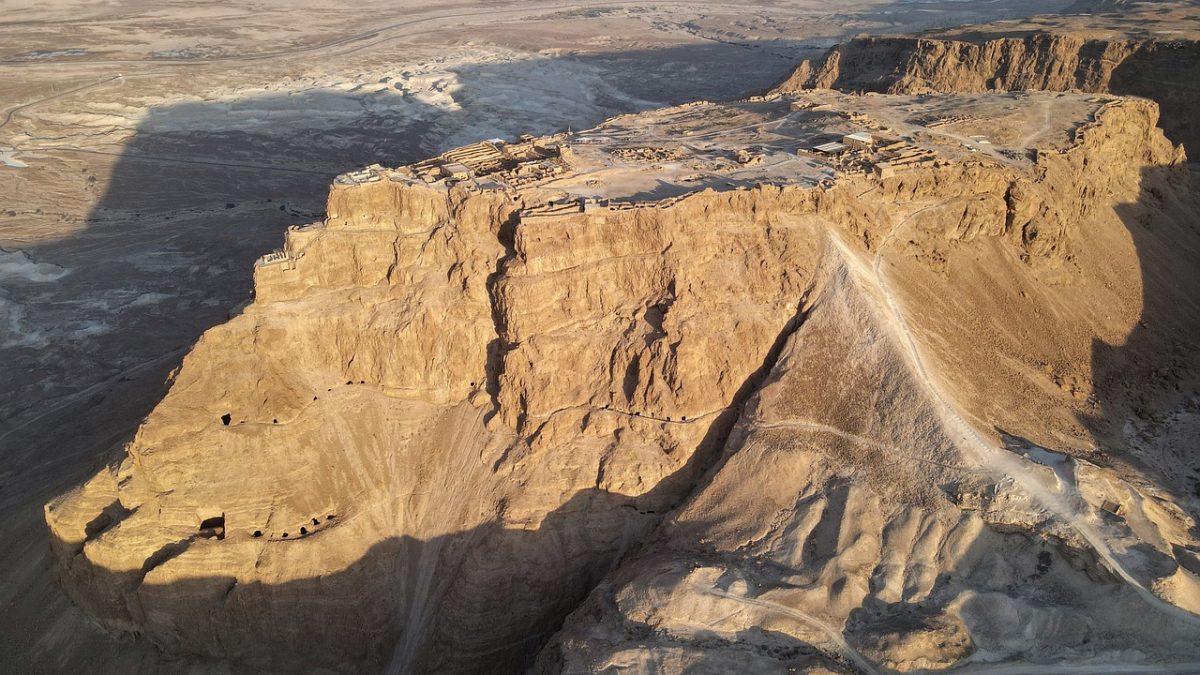 AAVE has performed well in the markets over the last ten days. From the swing low at $64.7 to the swing high at $90.1, the altcoin has registered gains of nearly 40% in a relatively short span of time.

This was remarkable for a $1.2 billion market cap asset because Bitcoin did not possess a strong trend over the past week. In fact, it has only bounced within the $19k-$19.6k levels. Despite this development, AAVE bulls were able to push prices higher.

$90-$97 range poses a severe test, a move back to support looks likely 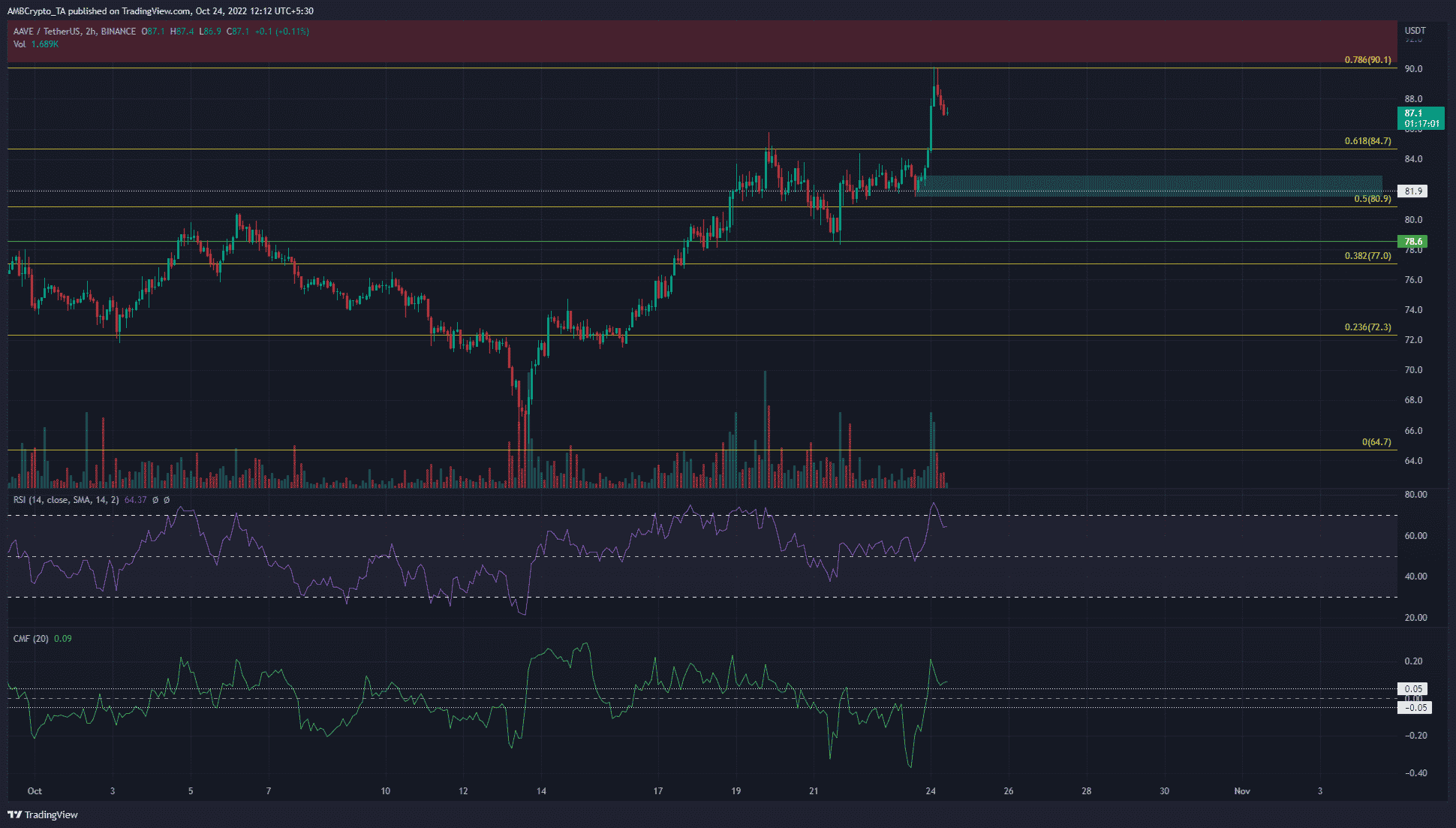 In yellow are some Fibonacci retracement levels plotted based on a drop from $97 to $64.7 in September and October. In the past ten days, AAVE has managed to retrace most of these losses, which evidenced strong short-term bullish sentiment.

The RSI was at 64 and has been above the neutral 50-level over the past few days. At the same time, the price charts showed AAVE formed a series of higher lows since mid-October. Therefore, both the price action and the momentum indicator were in agreement about the lower timeframe trend.

The CMF also climbed back above the +0.05 mark recently to show significant capital inflows into the market. The surge from $81 to $90 the previous day occurred on the back of heavy trading volume as well. This showed buyer conviction.

And yet, the $90-$97 zone was a higher timeframe bearish order block. This zone had confluence with the 78.6% retracement level at $90.1. Hence, short-term bulls would need to exercise caution as the time to buy AAVE has passed. A revisit to the lower timeframe bullish order block at $81 (cyan) can be a buying opportunity.

Funding rates back in positive territory

To showcase the strong bullish sentiment behind AAVE, the funding rates went from negative to positive values over the past three days on many major exchanges. A positive funding rate showed longs paid funding to the shorts, which meant longs had the upper hand in the market. Speculator sentiment was bullish, a fact highlighted by the Long/Short ratio as well. For AAVE, the 24 hours preceding the time of writing saw 53.2% of the contracts to be long.

Despite the strong northward momentum, bulls can look to take-profit on their longs around the $90-region. Until the altcoin can break above $97 and retest the same as support, a buying opportunity would not be imminent.

Bitcoin: Assessing what this week will have in store for BTC