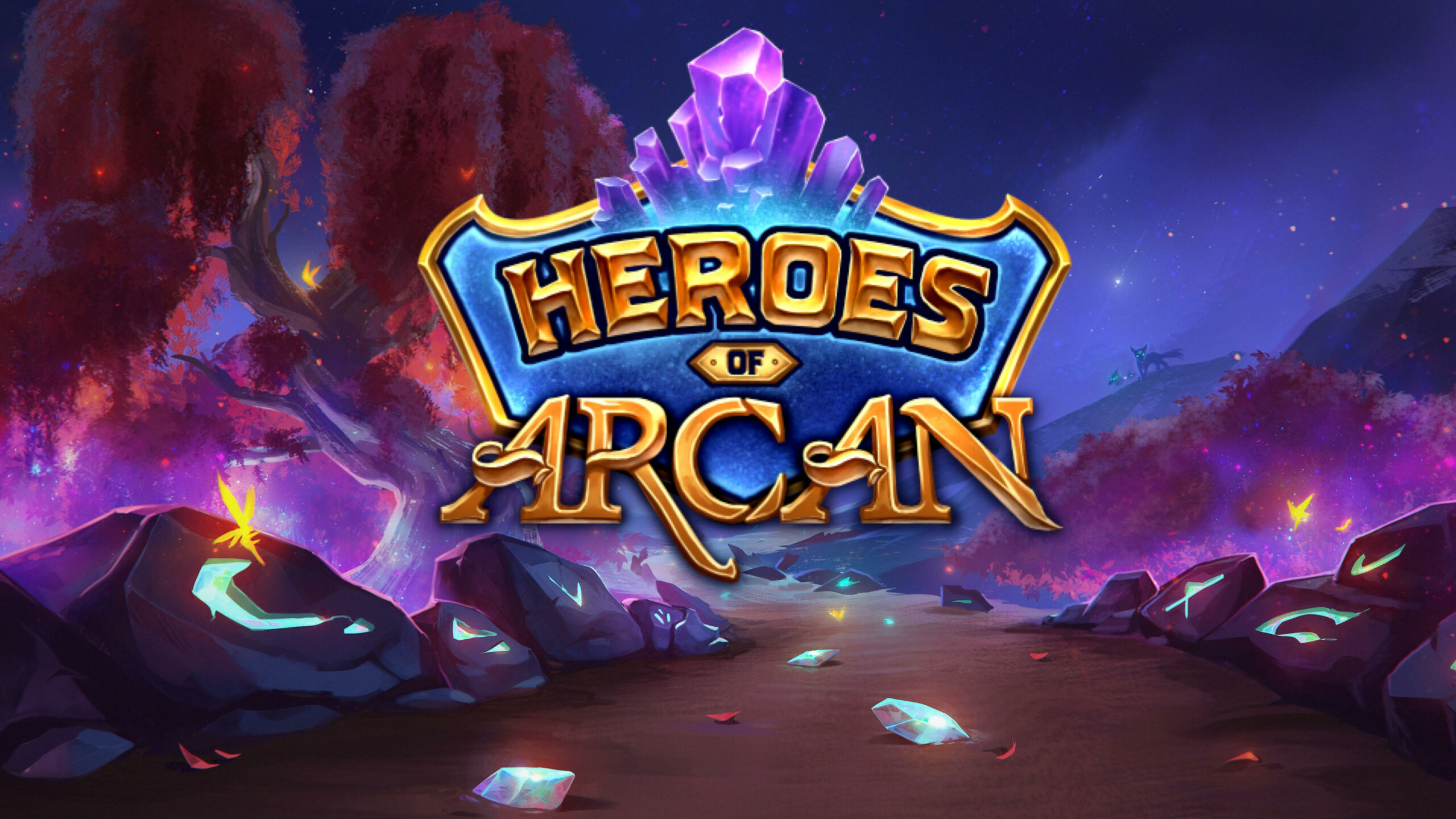 Games should be fun — but many of the play-to-earn games available today emphasize profitability over gameplay. Heroes of Arcan is a new epic fantasy strategy play-to-earn game that challenges the repetitive gameplay loops in contemporary blockchain games and launches players into a rich, dynamic fantasy world.

Over $4 billion in venture capital funding has poured into the play-to-earn gaming industry over the last year, launching blockchain-based games to the forefront of the cryptocurrency ecosystem and bridging the gap between the contemporary gaming market and decentralized ledger technology.

Play-to-earn games have rapidly become one of the most popular use cases of blockchain tech, with game NFTs currently responsible for over $4.5 billion in trading volume from mid-2021 to Q1 2020 alone. The premise of play-to-earn is simple — players are able to translate in-game success and time into real-world rewards, such as tokens or NFTs that can be traded for cryptocurrency.

While play-to-earn games may promise gamers a world in which they are able to generate profit from in-game skill, the reality of modern play-to-earn games is far more focused on the “earn” element, rather than “play.” Many of the most popular play-to-earn games available today present players with significant financial barriers to entry, or must pay third-party guilds to rent critical in-game items that are necessary to get started.

Heroes of Arcan is a new epic fantasy strategy game that launches players into a vivid, constantly-evolving fantasy universe in which multiple factions compete for control over sources and land. Like other play-to-earn games, Heroes of Arcan offers tokenized and NFT-based elements that allow players to capitalize on their in-game power. Unlike other blockchain-based games, however, Heroes of Arcan is designed to deliver gameplay, strategic action, and fun as a priority over earning.

Heroes of Arcan Promises Play And Earn — Not Play to Earn

Heroes of Arcan gameplay takes place in the titular land of Arcan — a map interface broken down into 10,000 individual plots of land represented by NFTs that can be freely traded between players. When joining Heroes of Arcan, players choose one of three factions, offering faction gameplay in the style of wildly popular MMO standards such as World of Warcraft.

Rather than force players into repetitive gameplay loops that focus on collecting resources in order to create profitable items or NFTs, Heroes of Arcan ignores play-to-earn industry conventions in favor of complex and nuanced strategic gameplay with a heavy emphasis on social interaction and faction politics.

Heroes of Arcan offers players a gameplay loop focused on resource collection and territory expansion. Players are provided with a standard land, which contains resources such as wood, food, and gold that can be collected using tools. Collected resources can be used to upgrade or enhance tools in order to improve production efficiency, or used to create buildings and structures on land tiles that confer additional benefits.

Resource collection isn’t the only gameplay feature of Heroes of Arcan, however. Heroes function as powerful independent bearings that fight on behalf of the player that owns them. Each hero in the world of Arcan is supported by extensive narrative storytelling within the lore of Arcan and offers players a wide range of benefits.

Heroes of Arcan players are able to use heroes to search for chests, which offer randomized loot drops, as well as complete quests and missions or participate in seasonal events. Alternatively, Heroes can be traded within the Heroes of Arcan in-game marketplace.

Heroes of Arcan is under active development by a primarily France-based team of blockchain experts and game developers spearheaded by CEO and founder Thomas Gio. Boasting over a decade of experience in bringing novel blockchain, cryptocurrency, and investment data and ventures to market, Gio operates a viral Youtube channel and various e-commerce data insight platforms focused on entrepreneurship and business management in addition to a highly popular podcast series focusing on the NFT ecosystem.

Gio is supported by a team of international experts and blockchain professionals, in addition to partnerships with AtomicHUb, NettyBlocks, Synaps, and NFT France. Rather than operate on the Ethereum blockchain which, due to efficiency concerns, presents players with significant financial obstacles and environmental concerns, Heroes of Arcan leverages WAX blockchain technology.

The WAX blockchain is capable of executing up to 300 transactions per second, with a per-transaction cost as low as a fraction of a cent. In addition to offering far higher transaction throughput and accessibility when compared to contemporary blockchain networks, WAX also offers a wide range of support features designed specifically for blockchain-based games and a carbon offset program that ensures the entire Heroes of Arcan ecosystem is carbon-neutral.

Heroes of Arcan will operate with a native token — ARCAN — based on the WAX blockchain. ARCAN will be used as an in-game currency in addition to a means through which players will be able to participate in the Heroes of Arcan DAO and earn rewards. ARCAN token is used by players to purchase in-game sources on a daily basis, buy in-game items, craft more powerful and efficient tools, upgrade heroes, and obtain random loot drop chests.

The Heroes of Arcan roadmap anticipates the first playable launch of the game in Q3 2022, with additional updates integrating more complex features such as potions, enchantments, and quests in a Q4 update.

As Bitcoin drops to its lowest ebb this year, are we looking at a continued bear market