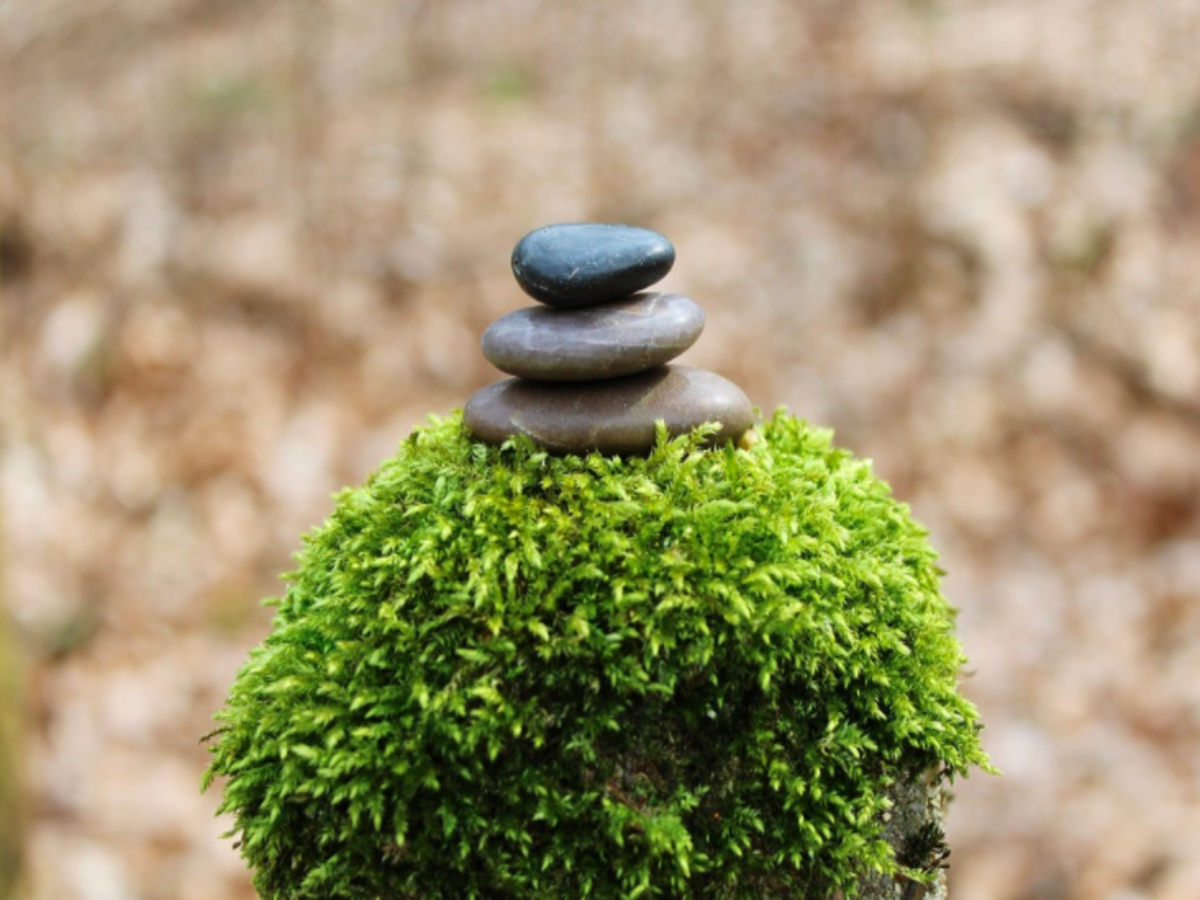 The word staking has been doing the buzz around the crypto-space for quite some time now. Now, like most of the things associated with the crypto-space, even this can either be a complicated or a simple notion, depending on how many layers deep one decides to go.

For most traders and investors, staking is a way of earning rewards for locking up certain cryptocurrencies. Even though that is the key takeaway, it is essential to slightly delve into the nuances of it.

Well, staking usually happens via staking pools. And, the ultimate reason why the staked cryptos earn rewards is that the underlying blockchain puts them to work. Essentially, cryptos that allow staking use the PoS consensus mechanism.

Staking also has the benefit of contributing to the security and efficiency of various blockchains. More so, because staking makes the underlying chain even more resistant to attacks and strengthens its ability to process transactions.

Earlier this year, a host of prominent institutions jumped on the staking bandwagon and put forth their respective positions in front of the community. Investment banking giant JP Morgan, for instance, highlighted in its late June report that it believes in the power of staking.

The aforementioned report titled “A Primer on Staking – The Fast-Growing Opportunity for Cryptocurrency Intermediaries and Their Clients” highlighted that crypto staking makes the “crypto-ecosystem more attractive as an asset class.”

More so, the bank highlighted, because staking has the potential to act as a major source of revenue for retail and institutional investors.

“We estimate that staking is currently a $9 billion business for the crypto economy, will grow to $20 billion following the Ethereum merge, and could get to $40 billion by 2025 should proof of stake grow to the dominant protocol.”

Ethereum’s “Merge” would inevitably end up altering the dynamics of the staking market. As per the latest data, there’s close to $10 billion in liquid staked assets [when compared to $9 billion when JP Morgan’s report was out]. Now, the same figure would have to grow at least four times if it were to breach the bank’s threshold of $40 billion by 2025.

For now, there are a couple of players who evidently have an upper hand in the liquid staking market. As can be observed from the snapshot attached below, most of the protocols have a major chunk of value staked on Ethereum followed by Terra.

With over $6.75 billion and $2.41 billion, Lido Finance and Anchor protocol do seem to stand out at the moment. Looking at the slow pace over the last couple of months, however, the aforementioned JP Morgan target does seem to be far-fetched.

On the contrary, over the next few months, if the staking craze becomes even more intense, then things might shape up in the staking market’s favor. Thus, only time can tell if the aforementioned potential projects would be able to deliver going forward or not. 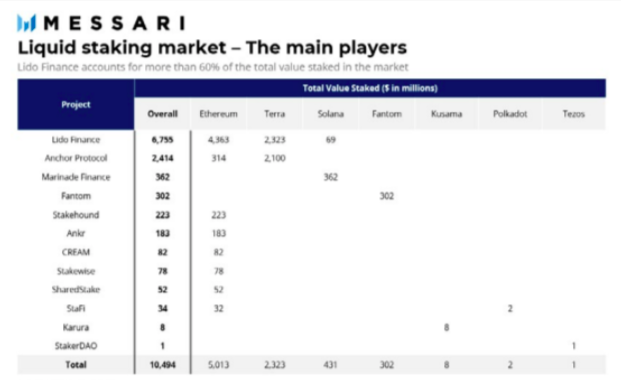 Even though being able to earn staking rewards while maintaining liquid collateral opens up a host of possibilities to earn an additional yield on coins, it does come with a short-term scare.

Well, bull markets do not last forever and a delay in the Merge along with a flip in the sentiment to ‘risk off’ could create a scenario where the market might witness a rotation of funds from Ethereum to other Layer 1s. In effect, along with Terra, protocols like Fantom and Solana could step up.

Additionally, it should be noted that validator downtime early on in the post-merge environment could lead to slashing. The same would, in turn, impact the staked tokens’ collateral backing. Highlighting the same in this year’s crypto-theses, Ryan Selkis, founder and CEO – Messari, said,

“… while I’m long-term bullish, I’m a bit worried in the short-term about liquidation risks.”

Now, as long the locked-up funds in the form of tokens remain in the ecosystem, the staking market would thrive. But, the phase before and after the ‘Merge’ would definitely be quite wobbly.