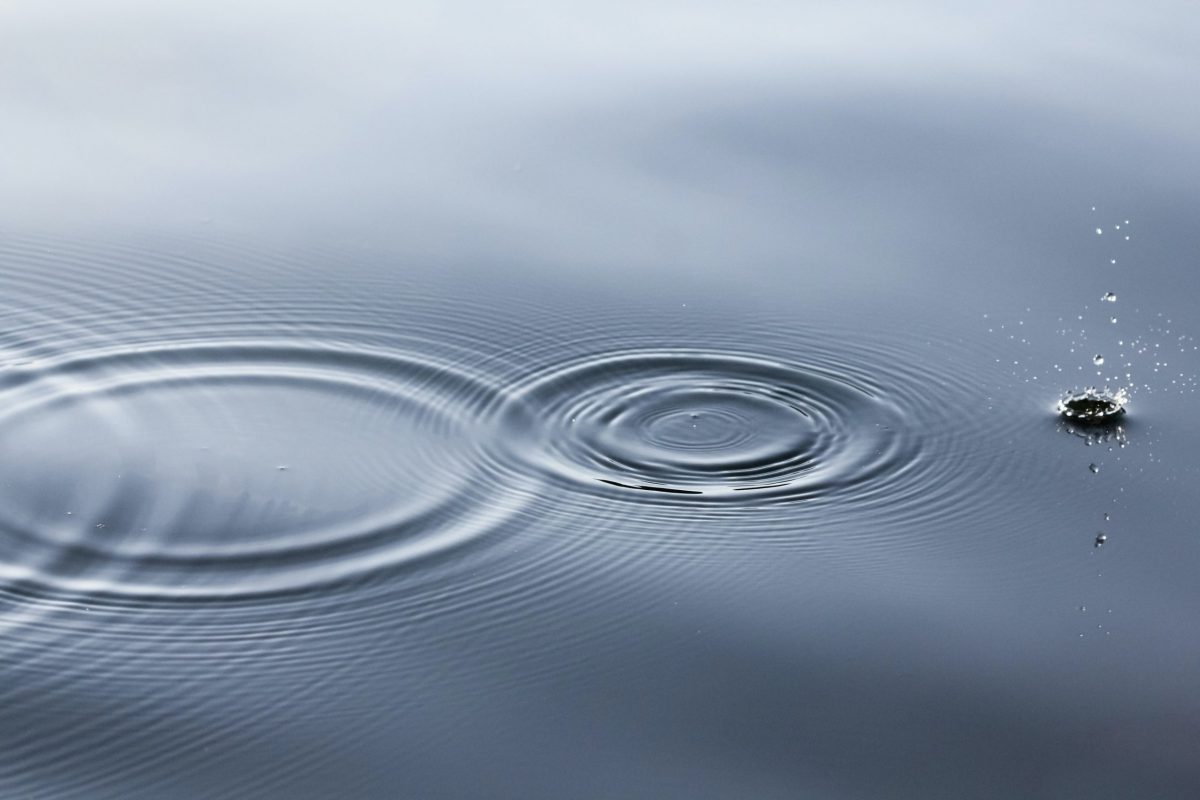 The month of March has seen Bitcoin register bullish returns on the charts, with the crypto hiking from over $45,000 on 1 March to a local top of $57,400 on the 10th. In fact, there was a degree of cohesiveness between on-chain fundamentals as well, with the funding rate returning to healthy levels during the period.

However, a noticeable change has also been observed lately, a change that has piqued the community’s attention over the last 24 hours. 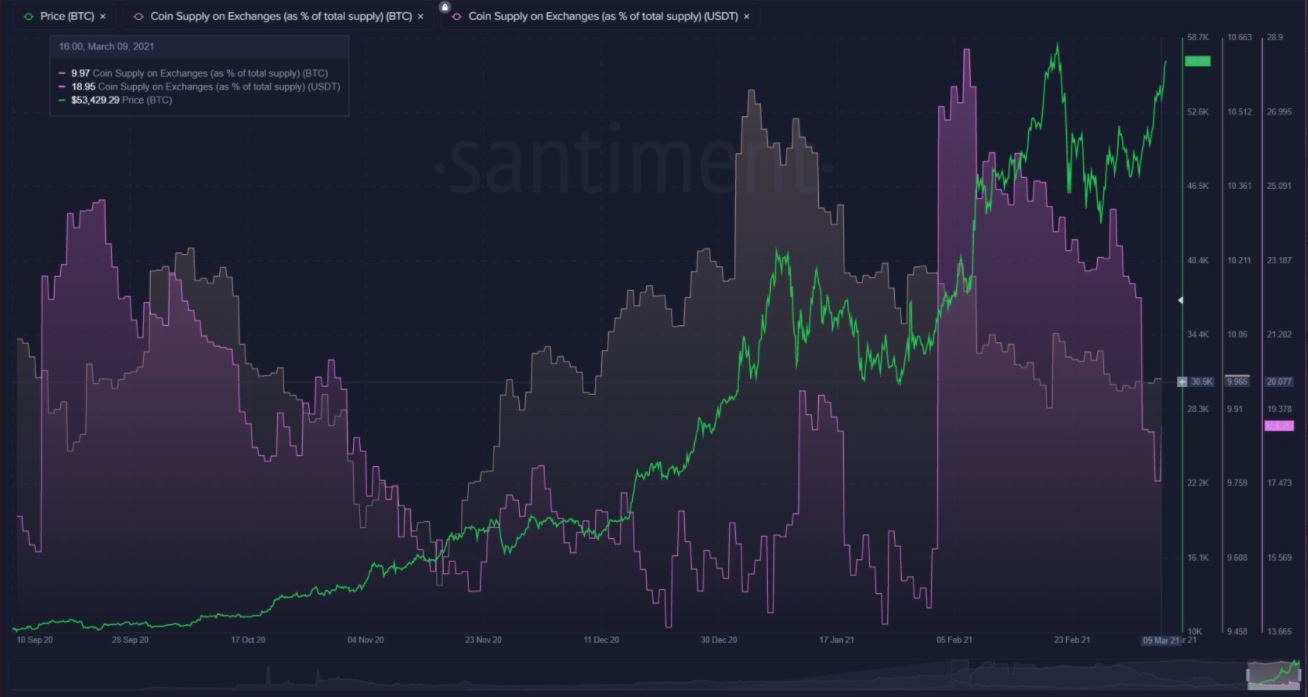 One of the predominant factors that have allegedly pumped Bitcoin in the past has been a decreasing supply on exchanges, i.e Tether. Data from Santiment suggested that the stablecoin supply dropped down to a 40-day low on exchanges.

In fairness, Bitcoin has been more volatile in terms of bullish/bearish sentiments over the past 40 days, but the last 10 days have been stable, a time period during which USDT supply continued to plummet. 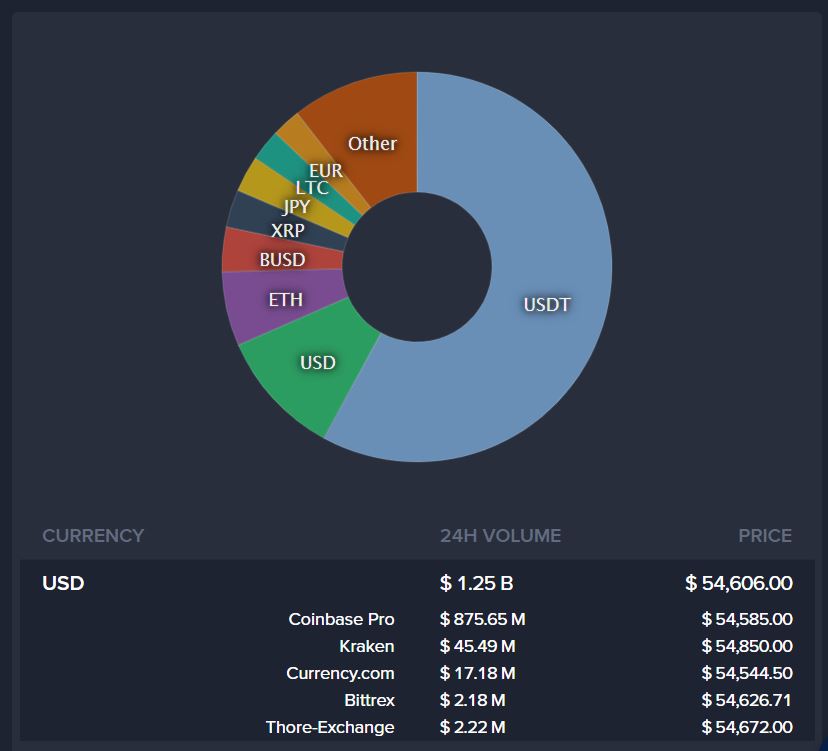 Here, it is important to note that Tether continues to dominate Bitcoin volumes, with 58% of the capital flowing into BTC over the past 24 hours firmly under USDT’s control.

A new stablecoin on the rise?

If the chart presented by Santiment is closely observed, it can be identified that USDT supply has been consistently down since the 1st week of February itself. At that same time, USDC has been making waves in the market. AMBCrypto recently reported that USDC transfers registered a 13.5% week-over-week hike after its market cap surpassed the $9 billion mark.

For context, its supply was above $3.40 billion on the 1st of January. 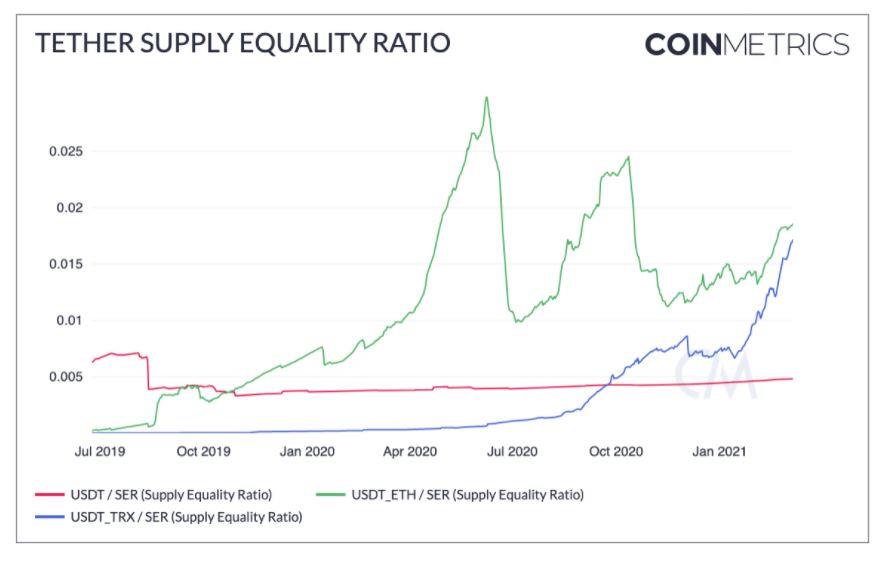 With respect to distribution, a stark difference can also be drawn out between USDT and USDC. In a recent CoinMetrics report, the Supply Equality Ratio or SER of USDT and USDC was compared, with USDT issued by ETH recently registering a fall in distribution too. 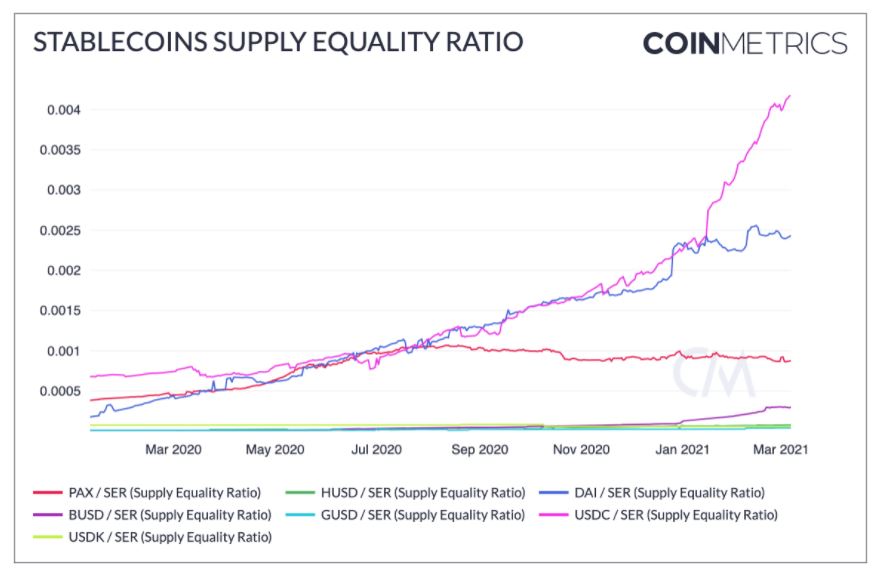 Under the same light, the SER value of USDC has exploded since January 2021, a finding indicative of the fact that USDC is getting widely distributed among addresses at the moment. The Coinbase-backed stablecoin is touching significant adoption levels and it can be speculated to be one of the reasons behind a stable Bitcoin price.

The Tether FUD was relatively cleared up recently when the NYAG-Bitfinex case was laid to rest. In spite of that, the present rally is suggestive of the notion that BTC’s bull run has been more organic and it hasn’t really been dependent on one factor over the course of the past 6 months.

While USDC could be contributing to a shift in popularity, bridging the gap between itself and USDT, but for now, there is little threat to Bitcoin’s value.

Cardano: ‘World’s largest DAO’ continues to grow as NFTs take off on mainnet