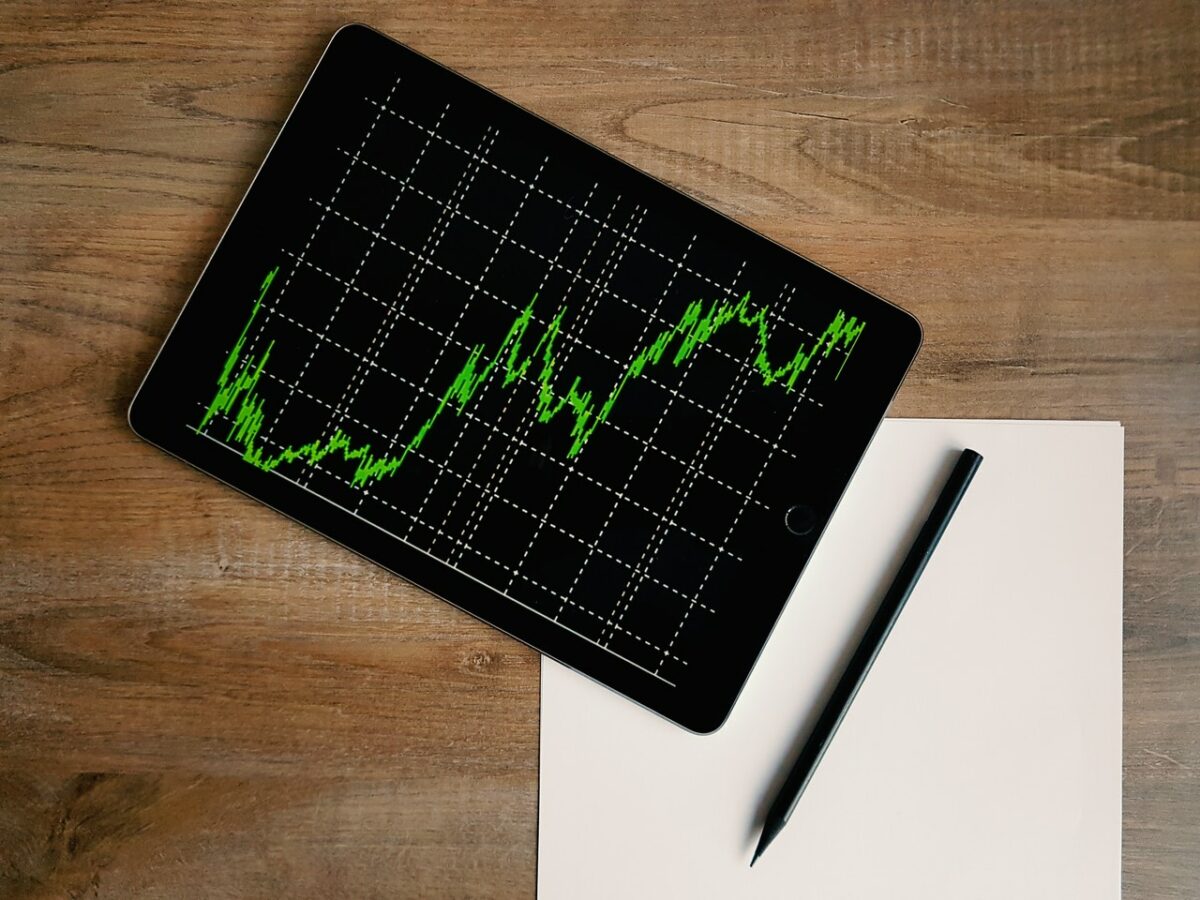 For all its recent progress, Cardano continues to divide opinion in the crypto-space even after 3 years of its existence. While some consider it an ‘Ethereum killer,’ others refrain from even acknowledging it. Community opinions aside, its true potential can be calculated by what the numbers and on-chain metrics show.

Having said that, might the altcoin be heading for a rally?

For the first time in a long time, the answer isn’t whales or spot traders. Since the beginning of July, major whales (holding ADA worth more than $5 million) have been pulling out of the market. In the last 30 days, over 300 whale addresses have been removed from HODLers’ equation.

Additionally, Long-term HODLers too have been pushed out of the market.

Now, 1-year HODLers had been dominating the market a year ago. Back in July 2020, this section of holders shared a 46% dominance in terms of ownership. Since then, however, this number has come down. It was a mere 9% over the last month. What’s more, with LTHs out, a new section of HODLers has taken their place – The Cruisers. 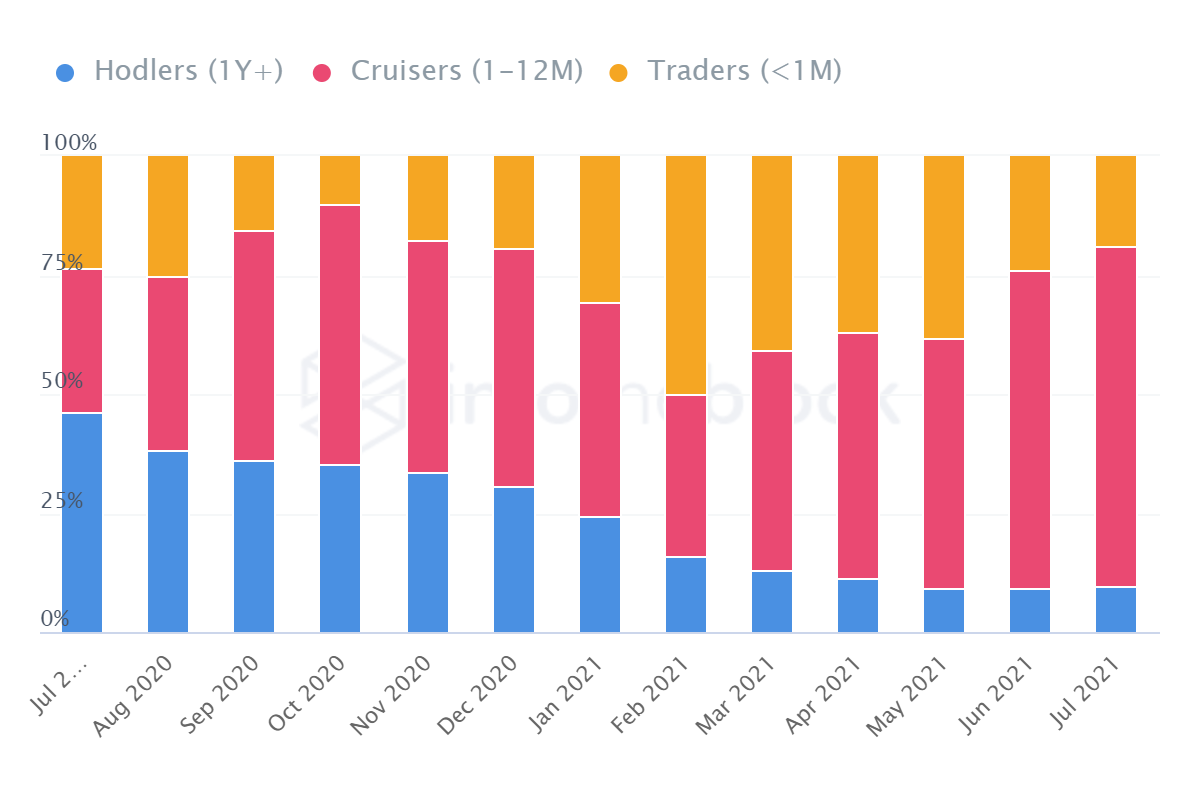 Cruisers are the mid-term holders who currently hold a solid 75% dominance in the ownership market. Over 1.52 million addresses are those who have held ADA for anywhere between 1 month to a year. These addresses started climbing around January and picked up a serious pace.

In the last 6 months alone, Cruisers’ participation has gone up by 1.2 million from 350k. Furthermore, the average time ADA is being held in wallets rose to 6.1 months too, a sign of Cruisers’ current domination. 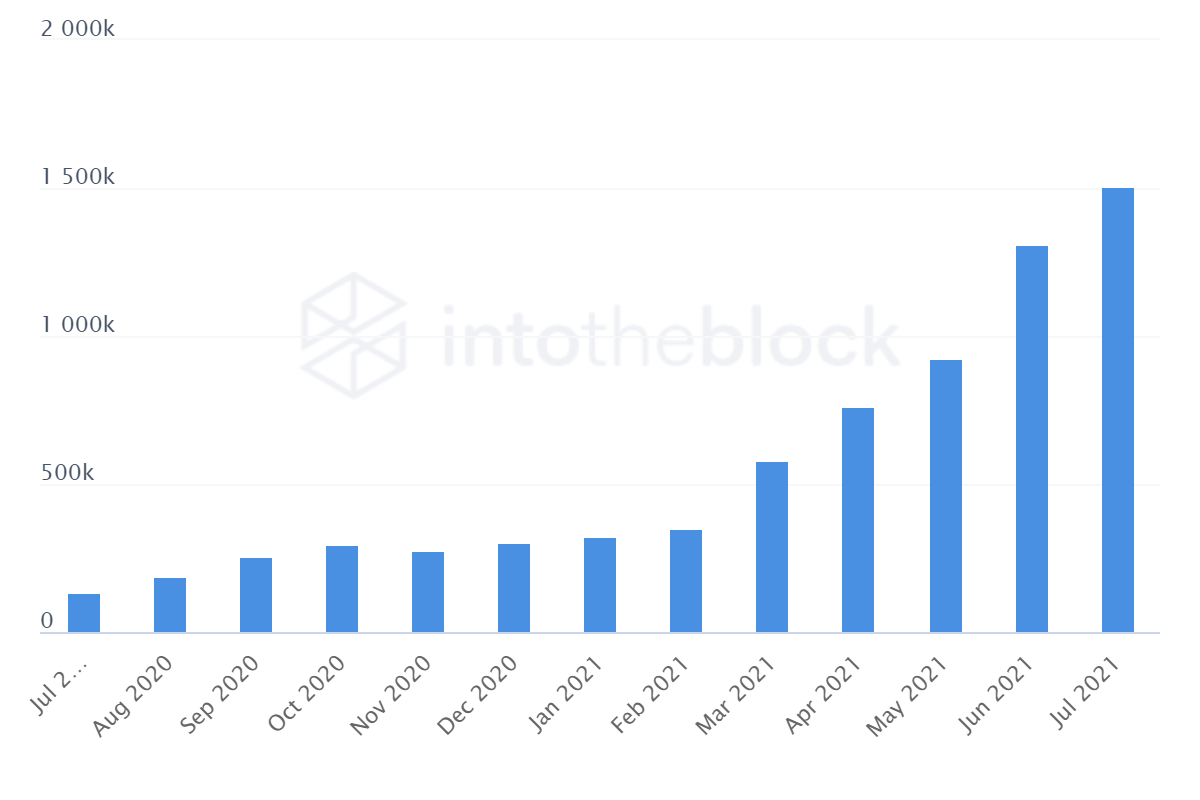 Simply put, ADA appears to be pretty profitable right now. In the last 11 days, its price rose by 28.59% to trade at $1.3 at the time of this report. The Break-Even Price chart which shows the price the asset would need to reach for the address to break even underlined major profits at the time too.

Over 65.57% of total addresses, up to 1.38 million of them, are currently in profit. Adding to this bullish narrative is the average sentiment which has been fairly positive lately, when compared to the last 50 days.

All in all, it is very clear that recent rallies have been strongly supported by Cruisers (mid-term HODLers). Going forward, if their dominance continues, ADA could see more stable price movement as well.

Since ADA is already profitable presently and the community sentiment is positive, more investors could enter this particular section of holders. This would bring ADA closer to its April ATH levels.

Related Topics:ADACardano rally
Up Next