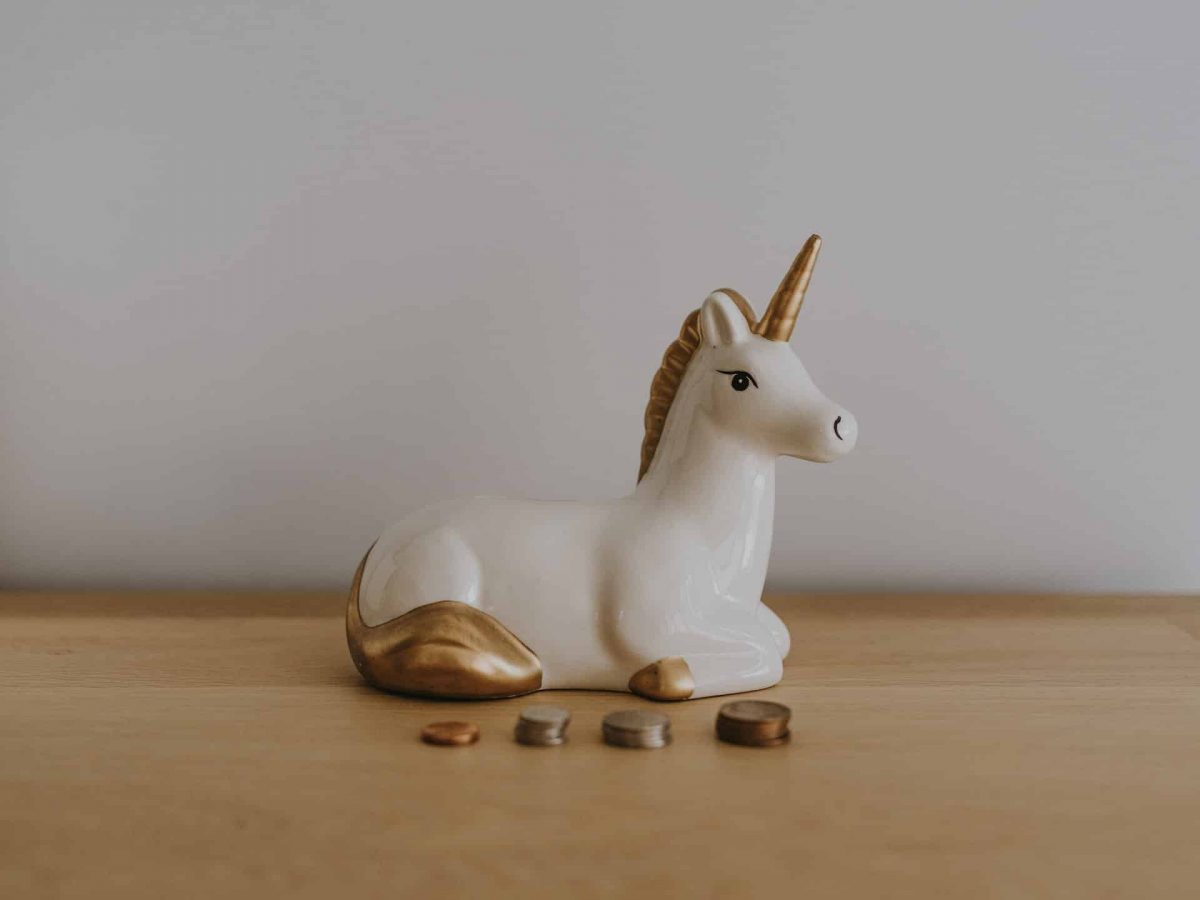 In light of the FTX debacle, the entire focus of the market has been gradually shifting toward popular DEXs. According to recent data provided by LunarCrush, a social media analytics firm, out of all the DEXs, Uniswap has been gaining massive attention from long-term investors.

As per LunarCrush’s Co-Founder, Uniswap’s social mentions were 1.6 times higher than that of Ethereum. And its social engagements were higher by 6.2 times. This development indicated that the discussions around DEXs such as Uniswap have been growing.

Moreover, the fees generated by Uniswap also witnessed a spike between 9 and 11 November. However, it declined right after 11 November. In fact, the daily active users on Uniswap also started to decline over the same time period.

Despite the decline in daily activity and fees, the revenue generated by Uniswap continued to grow. According to data provided by Messari, Uniswap’s total revenue increased by 45% over the last 30 days. And, its trading volume also increased by 40%. 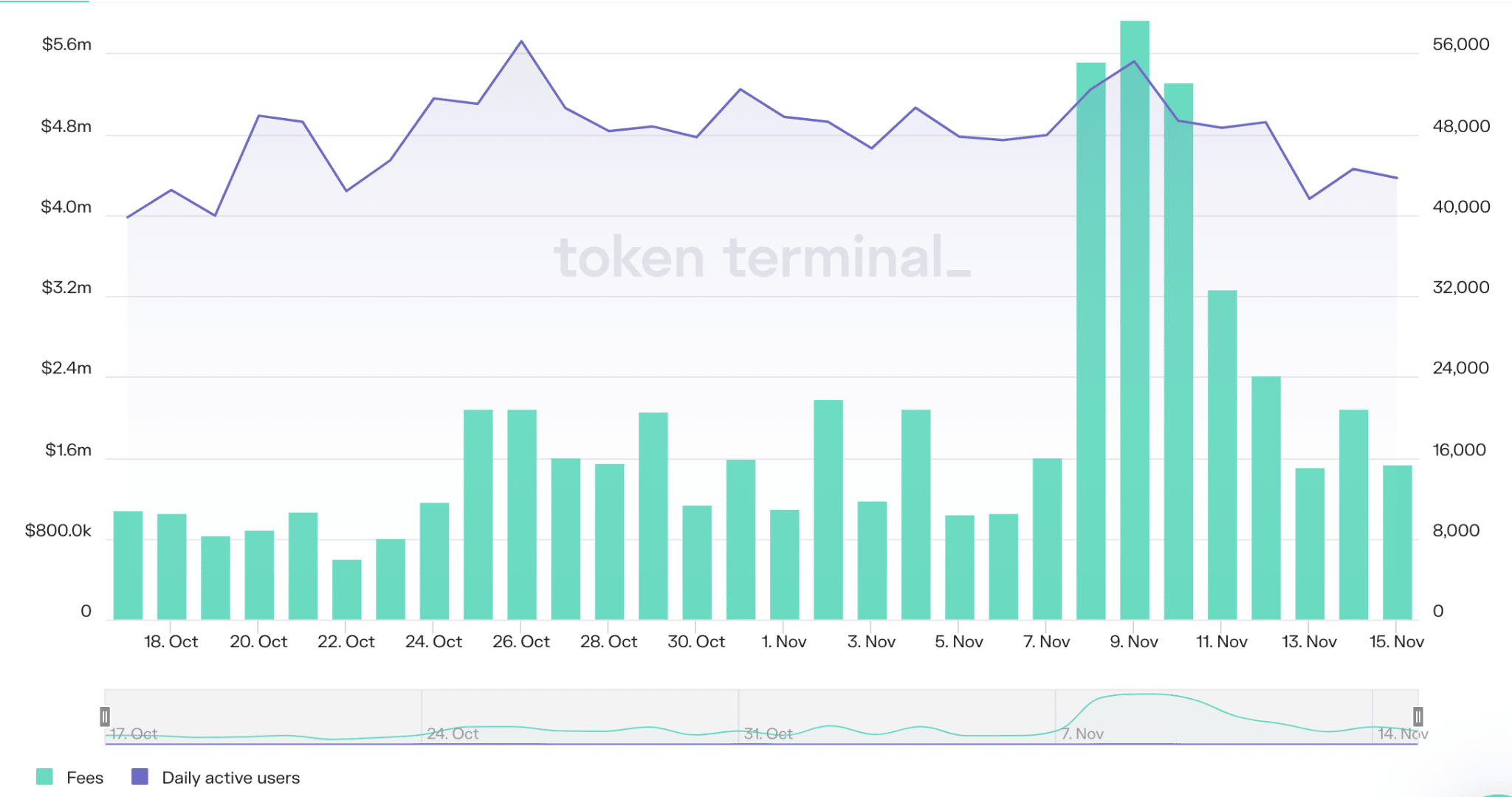 The growing trading volume could be one of the reasons why Uniswap continues to dominate the DEX market.

In terms of pool value, Uniswap showed dominance. As can be witnessed from the image below, Uniswap’s pool value outperformed that of SushiSwap over the past few months. 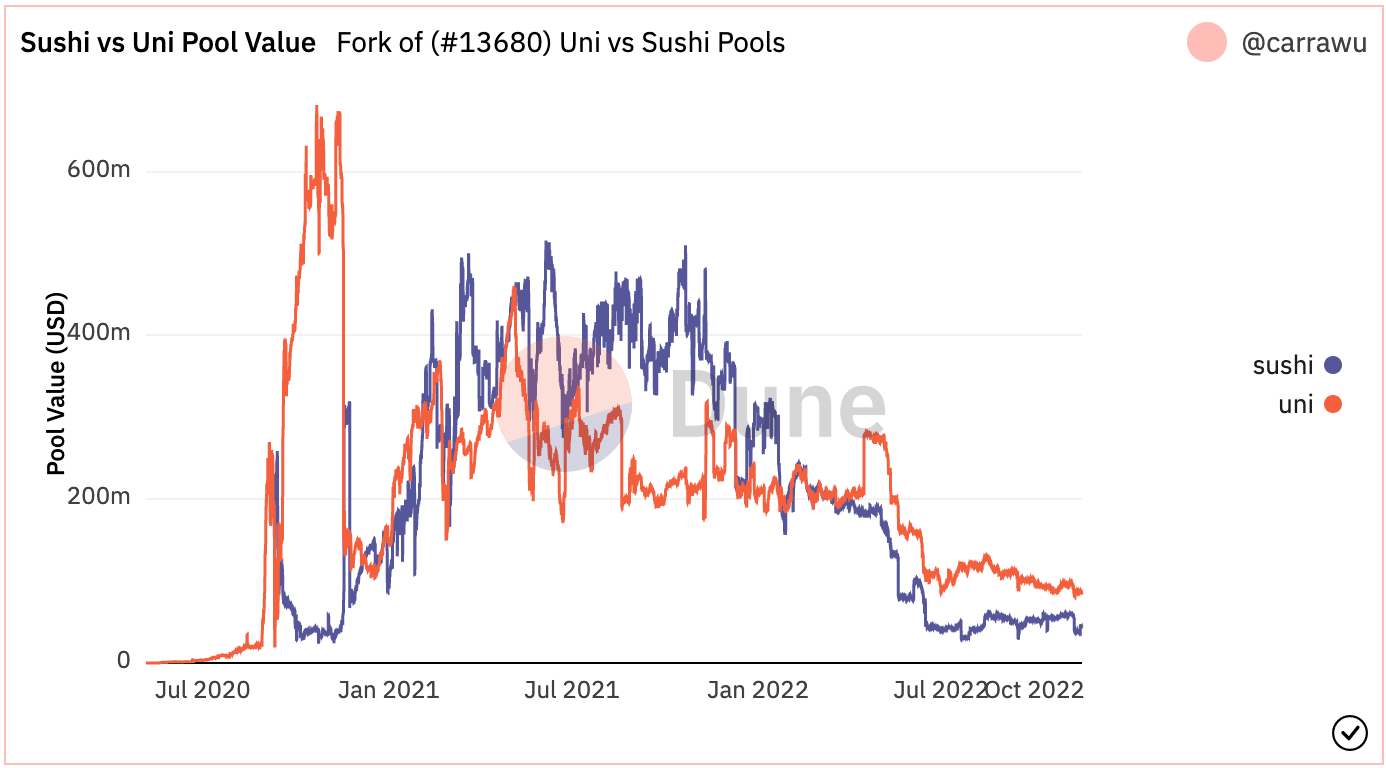 These positive developments, in Uniswap’s favor, could be one of the reasons why whales were showing interest in the UNI token.

As per data from WhaleStats, a website dedicated to tracking whale activity, UNI was one of the most widely held tokens by the top 100 Ethereum whales.

That being said, at the time of writing, UNI was trading at $5.94 and its price had depreciated by 5.06% in the last 24 hours. Its volume decreased and fell by 25% during the same time period.