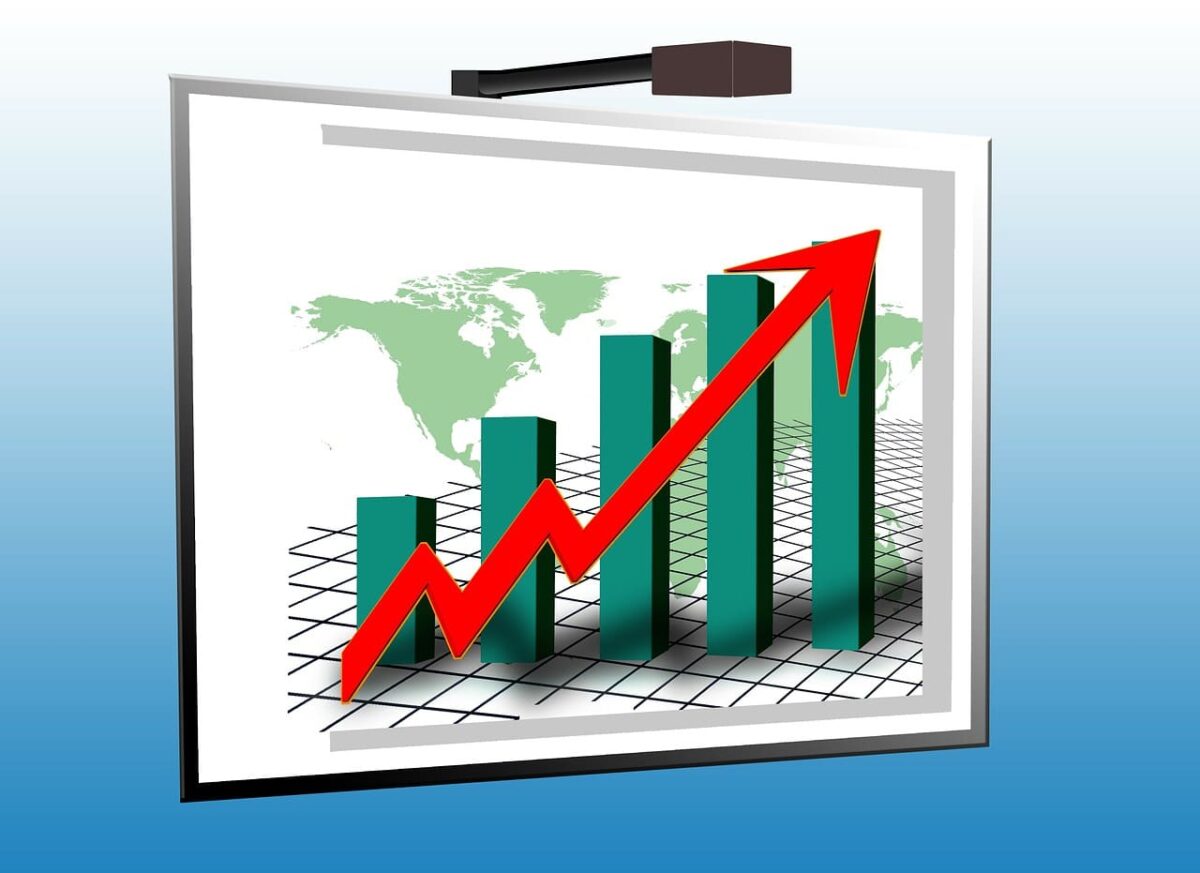 The early morning bulls of 6 July are helping Bitcoin [BTC] retain its position above $20,000. This can be considered as another step in the upwards trajectory for the BTC token. However, investor confidence is at a low after the worst Bitcoin performance in a month since 2011. Where does Bitcoin head from here amid speculation of a recession?

The Bitcoin saga refuses to slow down with intense debates surrounding its price movement. On-chain data should have given a well-suited idea regarding BTC predictions. But it doesn’t seem very straightforward at the moment. Nonetheless, there has been an influx of positive sentiment in the market for some time now. There are even strong suggestions from acclaimed analysts that the worst might be behind us.

A quick look at the data

It is increasingly difficult to give any predictions for Bitcoin in lieu of the mixed signals on the network. However, a quick look at the number of active entities for Bitcoin may present a rough idea. The number of active addresses has plunged by 13% since November 2021 to stand at 870,000 on 4 July. The dropping number not only depicts the struggle to get new users on the network, but also shows the difficulty in retaining the existing addresses. 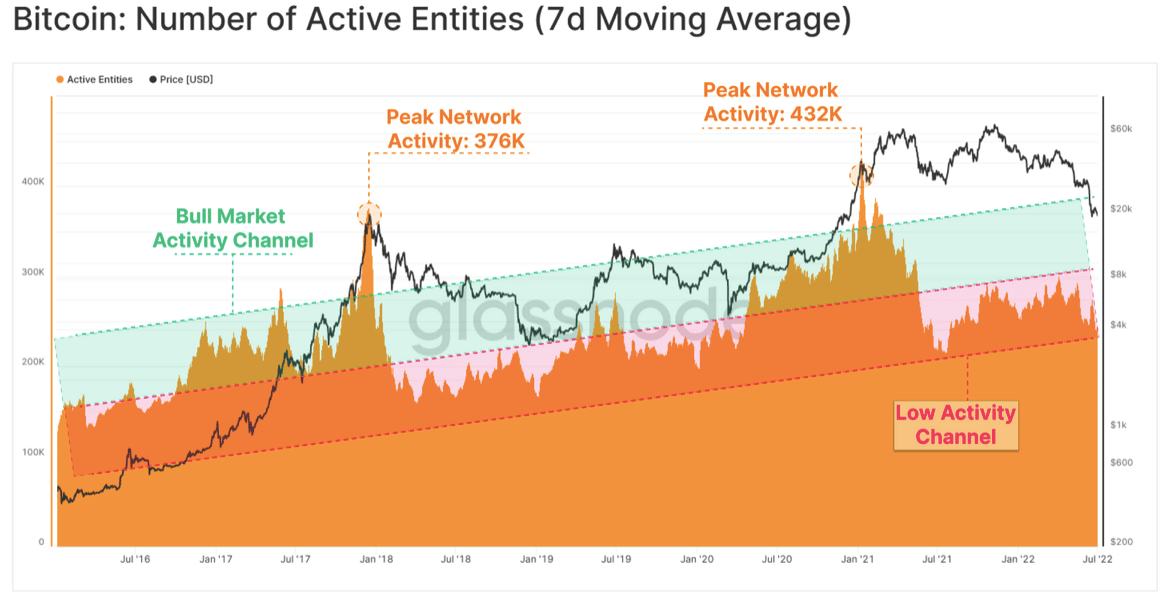 Despite this retention, problems still exist for BTC traders during this bear cycle. As per Glassnode, the number of addresses in loss (7d MA) has reached an ATH as of 6 July. Standing at 18,960,139, this is highest count since the previous ATH observed on 4 July. This metric is a major indication of the underlying bearish sentiment in BTC trading. 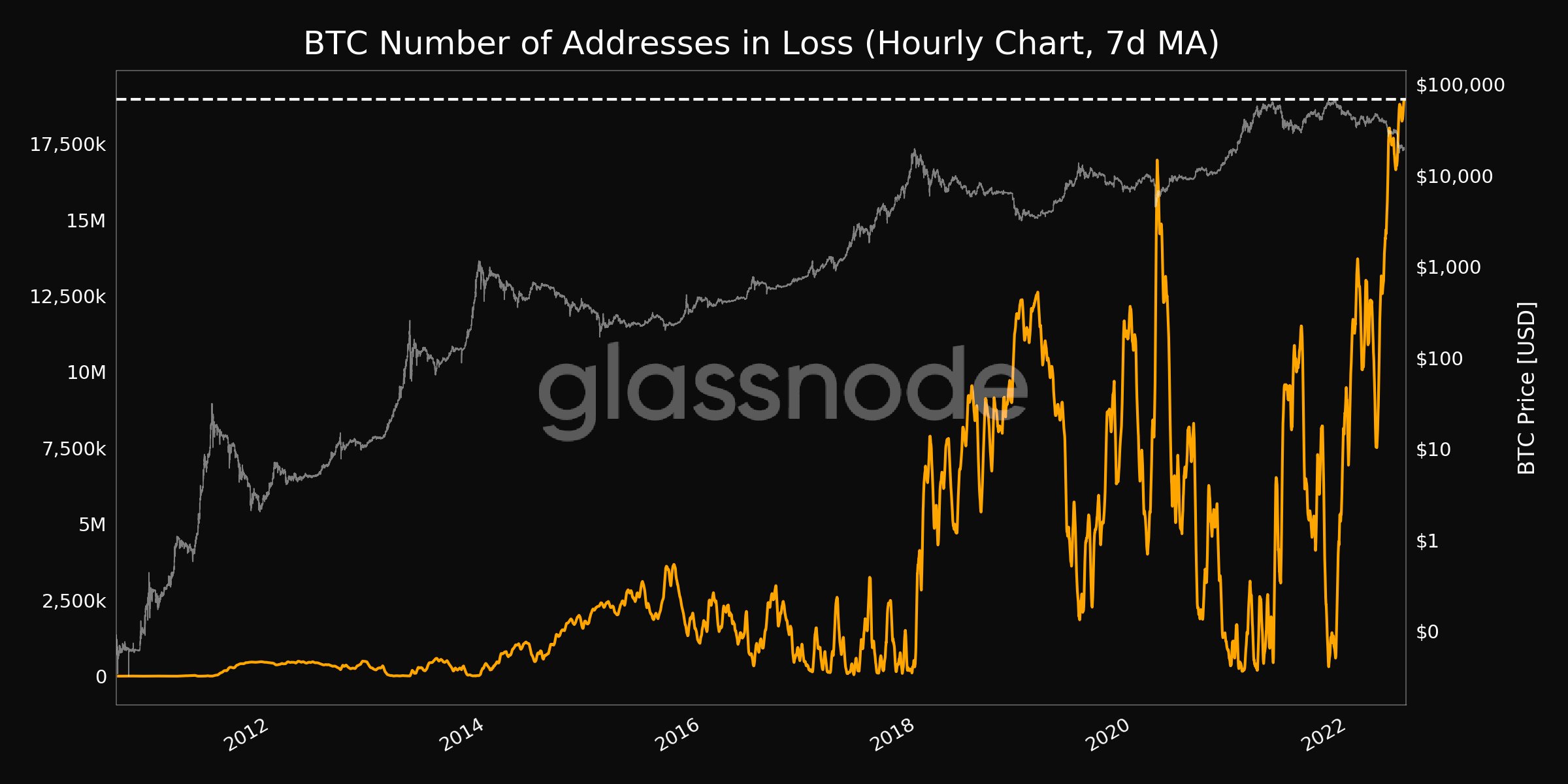 Another bearish metric has been posted by Glassnode in a recent tweet. The Percent UTXOs in Profit (7d MA) reached a two-year low of 72.721% after crossing the previous high on 4 July. 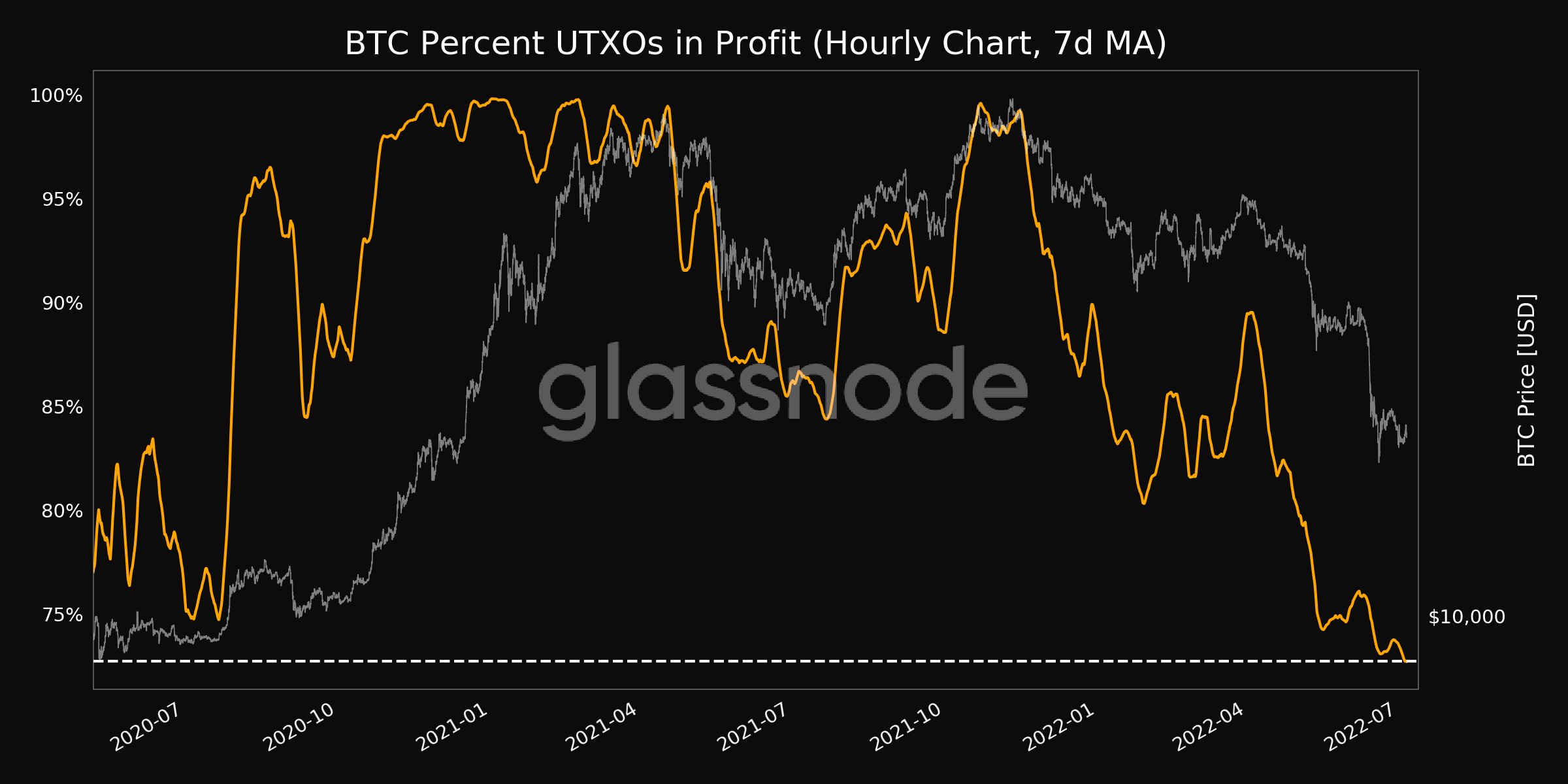 Where does BTC stand then?

So what happens now with Bitcoin? At the time of writing, BTC was trading just above $20k at $20,021 with the bulls losing traction. This puts Bitcoin at the risk of falling below the psychological $20k level again. With on-chain data sending out mixed signals, it can be speculated that Bitcoin’s spike-and-drop saga is to continue for a few more weeks, even months.