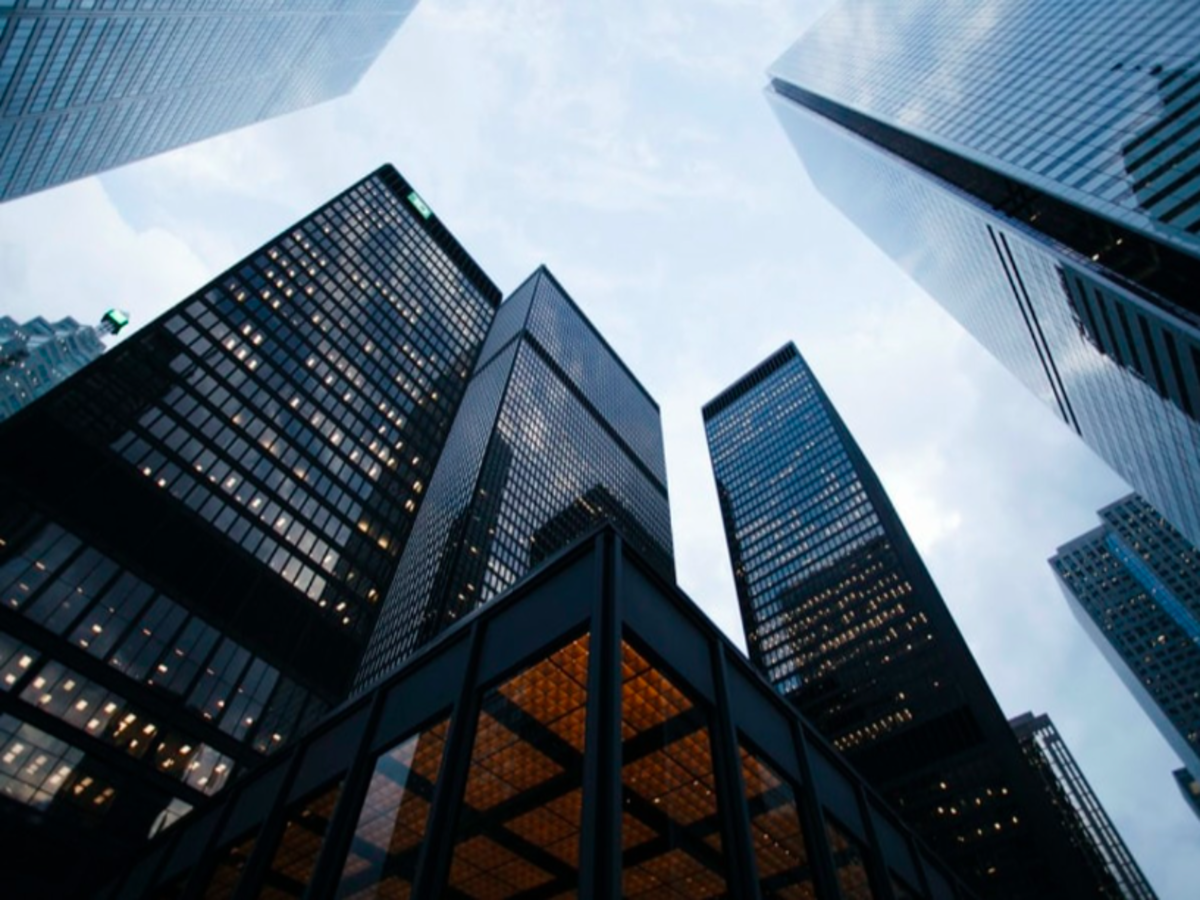 Institutions, to a fair extent, never considered Bitcoin to be a worthwhile investment option during its formative years. It was tagged as a ‘showy’ and ‘worthless’ asset at that time. However, the aforementioned narrative did manage to change with time.

Today, institutional buying, more often than not, coincides with Bitcoin’s price appreciating on the charts.

The buying fever usually sets in during the price hike phases, owing to the fear of missing out. Conversely, during ‘dry’ phases, new institutional investors end up abandoning their HODLings.

In July-August, for instance, institutional interest remained quite low. Digital asset investment products saw consecutive weeks of outflows during that period. At that time, notably, the prices of most assets from the crypto-space were recovering from May’s crash.

Post that, as BTC’s price slowly started rallying, the outflows translated into inflows and the amount invested also started picking up pace. Interestingly, the inflows last week saw a massive jump and so did Bitcoin’s price.

Now, according to Coinshares’ latest data, the cumulative inflow value of all digital asset investment products stood at $1.465 billion – The largest on record by a significant margin. 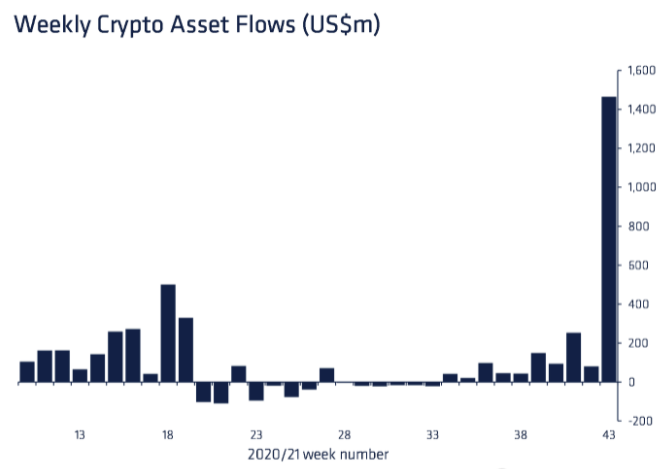 Keeping the price rise factor aside, the massive inflows were arguably the direct result of the ETF approval. In effect, Bitcoin, alone, recorded positive flows worth $1.45 billion.

Risk and uncertainty – A blessing in disguise?

The narrative of Bitcoin being a store-of-value asset has been picking up steam over the last couple of years. Bitcoin is a hard financial asset, meaning that a part of the new money printed into existence by central authorities automatically navigates and finds its way to Bitcoin.

Well, this is where the Cantillon effect comes into play. As per this theory, entrepreneurs function by bearing risk under uncertainty, and it is a known fact that uncertainty is the only certainty in the Bitcoin market. Thus, it is just a matter of time that more financial players buy BTC.

What’s more, the launch of the first Futures ETF is just a small achievement. When other spot ETF applications lying on the SEC’s table end up getting approved, inflows of similar magnitudes can be expected.

Well, Bitcoin has slowly been able to present itself as a viable investment to have among institutional investors. Several recent surveys have brought to light how the traditional financial landscape is attuning itself to Bitcoin and other crypto-assets.

Right from Tesla and MicroStrategy to JP Morgan and Goldman Sachs, BTC has carved a spot for itself in investment portfolios.

However, the complete transition would take time. Consider this – Tesla’s equity currently stands over $980 million, equivalent to over 15,000,000 BTC. As per data from ByBt’s BTC treasuries, Tesla merely HODLs $43.2k BTC on its balance sheet.

Given Musk’s personal inclination towards Bitcoin, there are high chances of the exec diluting TSLA’s equity and converting it to Bitcoin.

Well, TSLA is just one case, and as per BTC treasuries, new companies have been enthusiastically climbing onto the “Bitcoin on the balance sheet” bandwagon. In fact, companies that have crypto-HODLings have been performing better than others who don’t boast of the same.

Thus, keeping in mind the aforementioned trends, it can be said that the inflow season has just begun. The next couple of months present a lot more to look forward to. All in all, institutional buying will most likely help Bitcoin achieve new highs on the charts.

‘Digital assets will be part of the future of financial services…’