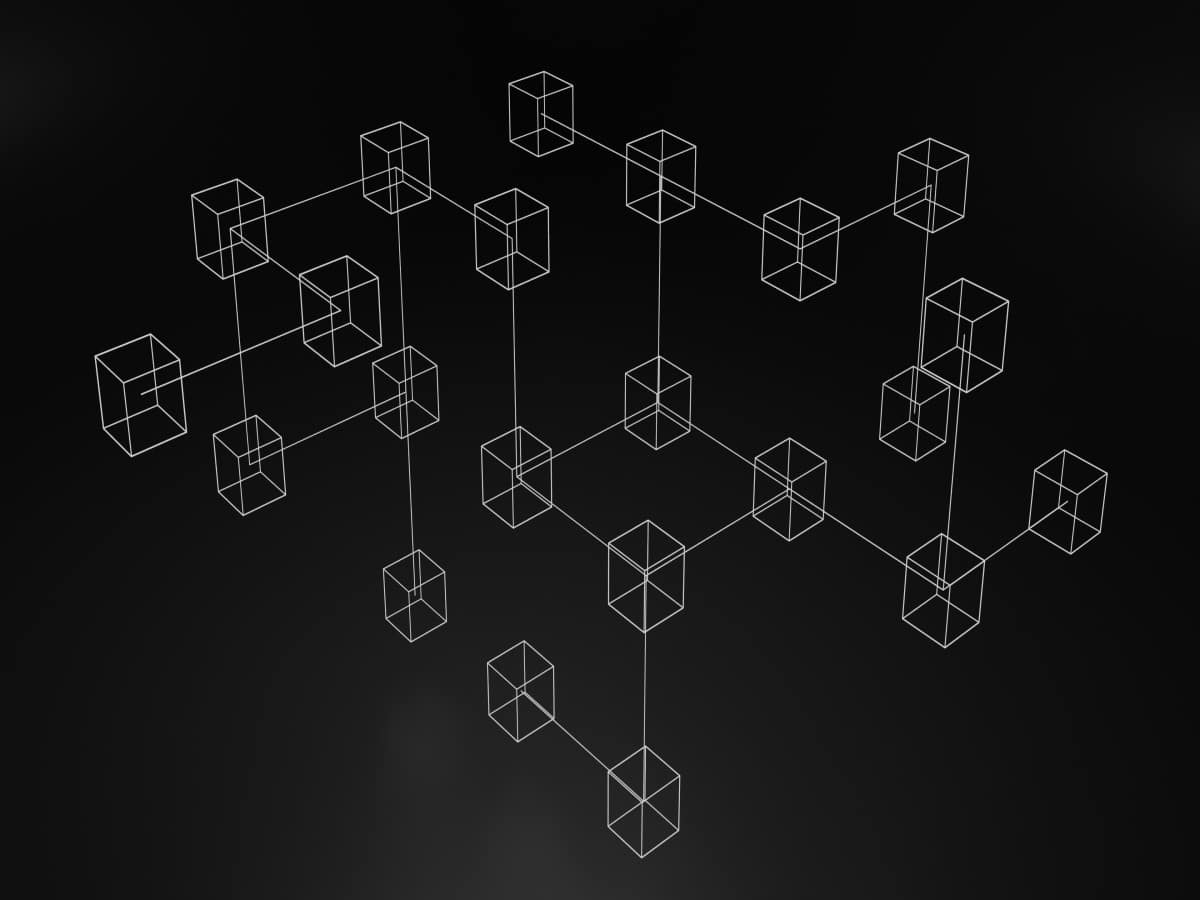 Ethereum’s [ETH] Shanghai update, set to go live in the first quarter of 2023, will introduce staking to the ETH protocol. The update has the potential to be a key growth catalyst for staking protocols such as Lido [LDO].

As of now, when Ethereum is being staked, there is no way to unstake or retrieve it.

Are your LDO holdings flashing green? Check the profit calculator

However, with the upcoming Shanghai update, the ability to withdraw staked Ethereum will be given top priority. This would minimize the potential risk for long-term holders who had staked their Ethereum since the Beacon Chain went live in December 2020.

At press time, the staking ratio of ETH was currently lower compared to other protocols, such as Binance Coin [BNB], Cardano [ADA] and Solana SOL. 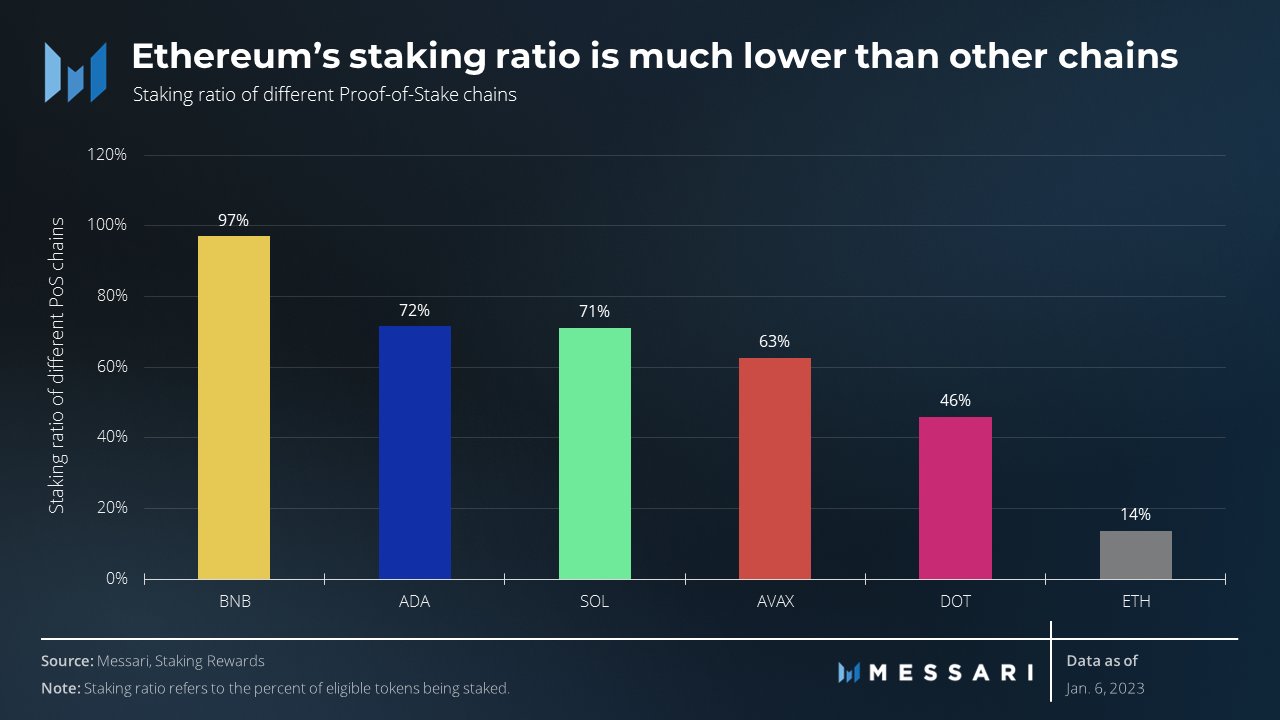 However, the introduction of staking in the Shanghai update could help increase the staking ratio of ETH. This could be a positive development for Lido and other staking protocols.

The growing number of ETH staked on Lido suggested that more users were taking advantage of the staking opportunities offered by the protocol until press time. 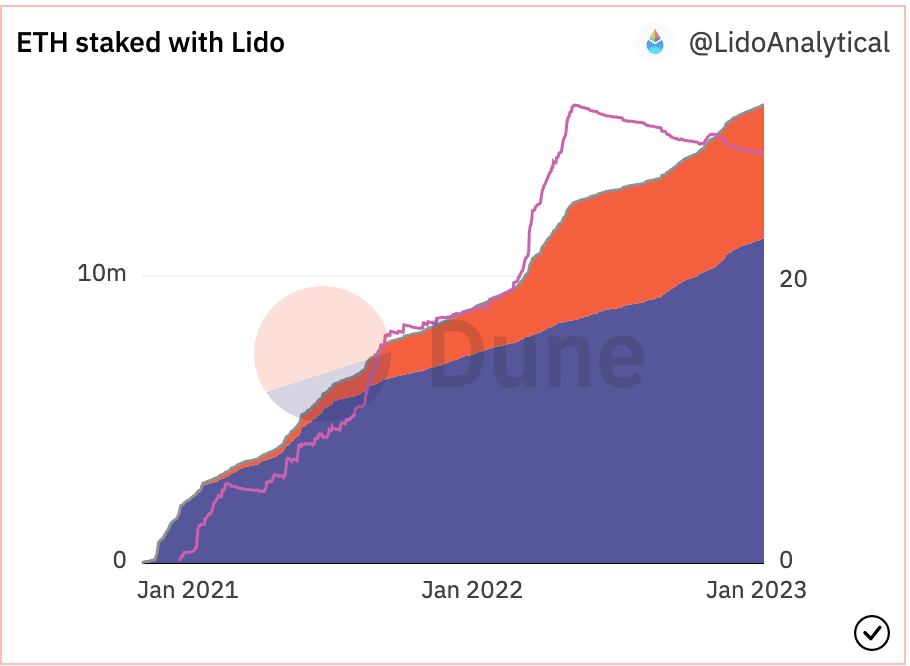 However, Lido observed a decline in the annual percentage rate (APR). This could potentially affect the attractiveness of the protocol for users looking to earn staking rewards. 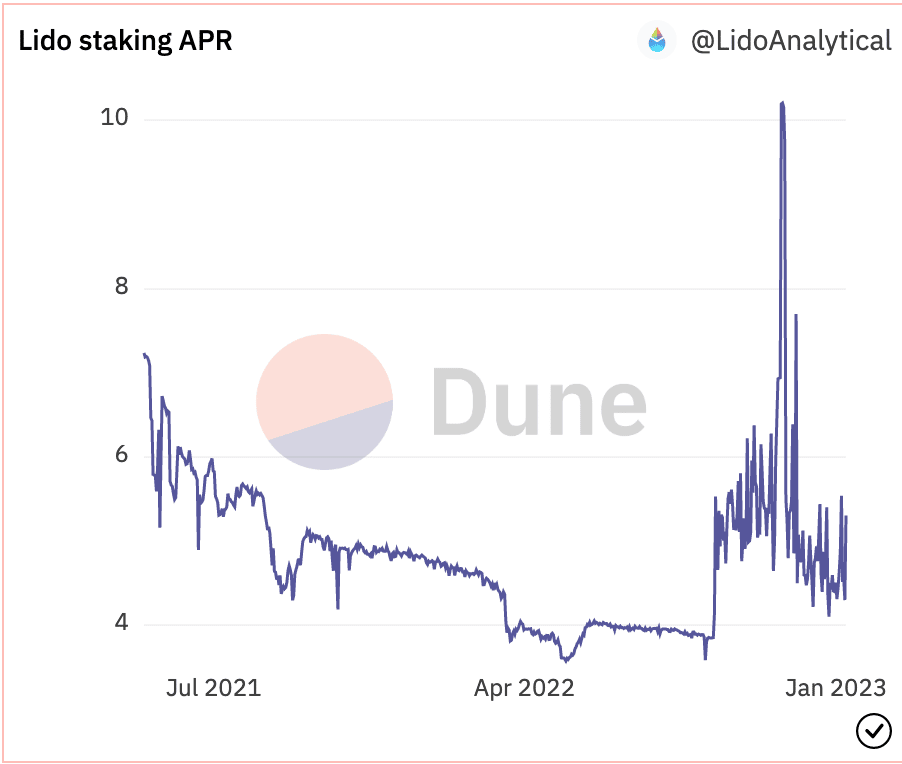 What will Lido HODLers do?

Despite these negative developments, interest in the LDO token grew. This was indicated by the MVRV ratio for LDO, which increased, indicating that holders of the token could take a profit if they sold at press time.

However, the long/short difference indicated that many short-term holders observed profit, which meant that the selling pressure was higher.

The activity of the LDO token also decreased, as was showcased by the declining velocity of LDO. Thus, the frequency with which LDO was being exchanged decreased.

Overall, the Shanghai update could have a positive impact on Lido by increasing the staking ratio of ETH and attracting more users to the protocol. However, the declining APR and activity on the network are areas of concern that Lido will need to address in order to maintain its position in the market.