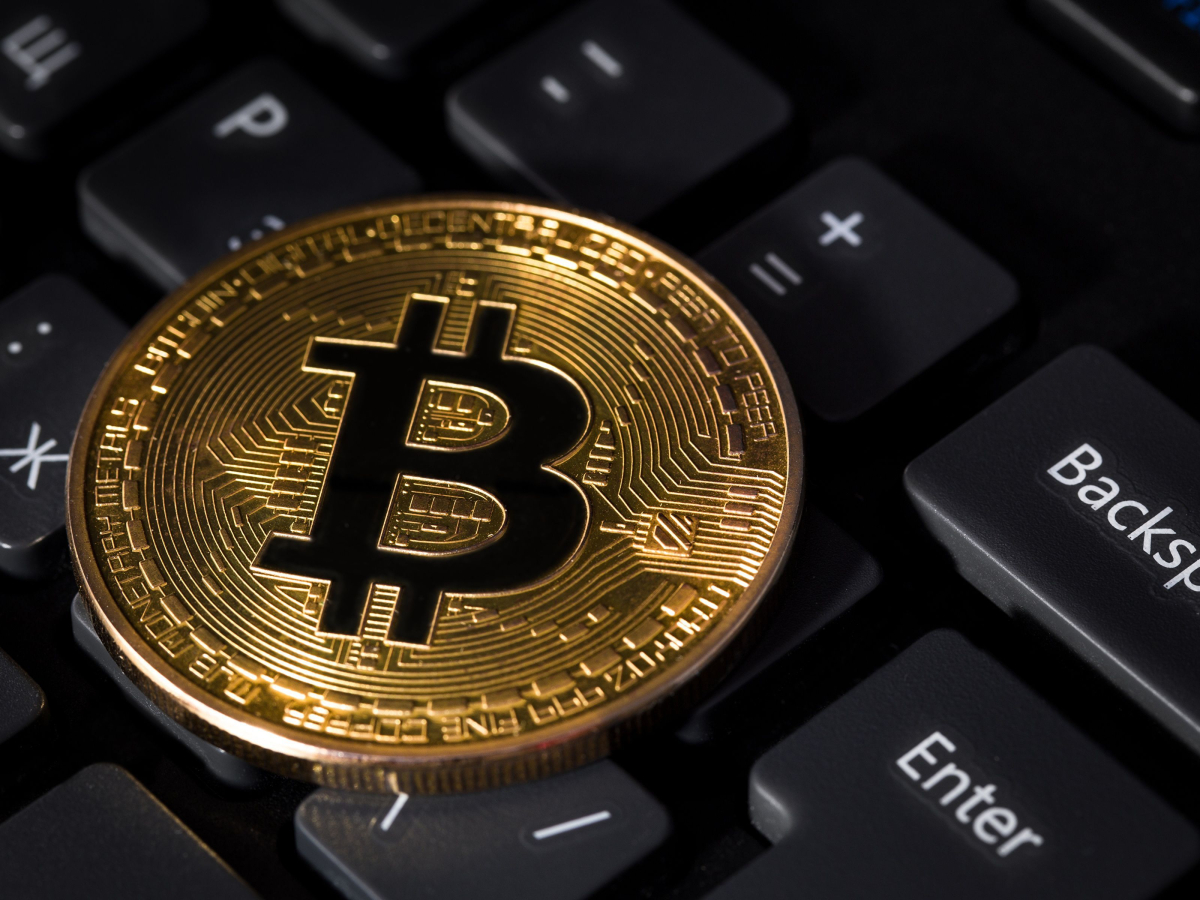 Bitcoin began a sideways movement over a week ago. Since then, the price has been oscillating within the $49k-$48k range. Here, the concern that a pause in rally could result in investors taking profits and exiting the market, looms large.

For a continuous price rise, investors too need to be bullish but at the moment it seem, that is not the case. A certain section of the BTC market is selling but what are the chances of this selling resulting in losses for the market?

This is the case primarily with Long-term HODLers (LTH). The past week has seen a shift in their behavior. Even though LTH are known for accumulating Bitcoin regardless of the price, this phase of correction looks different.

The first instance was observed on the Realized HODL waves which show that Bitcoin bought in the last 6 months has been maturing. This phenomenon has been occurring in volumes as their total percentage fell from 62% to 46% in the last month. 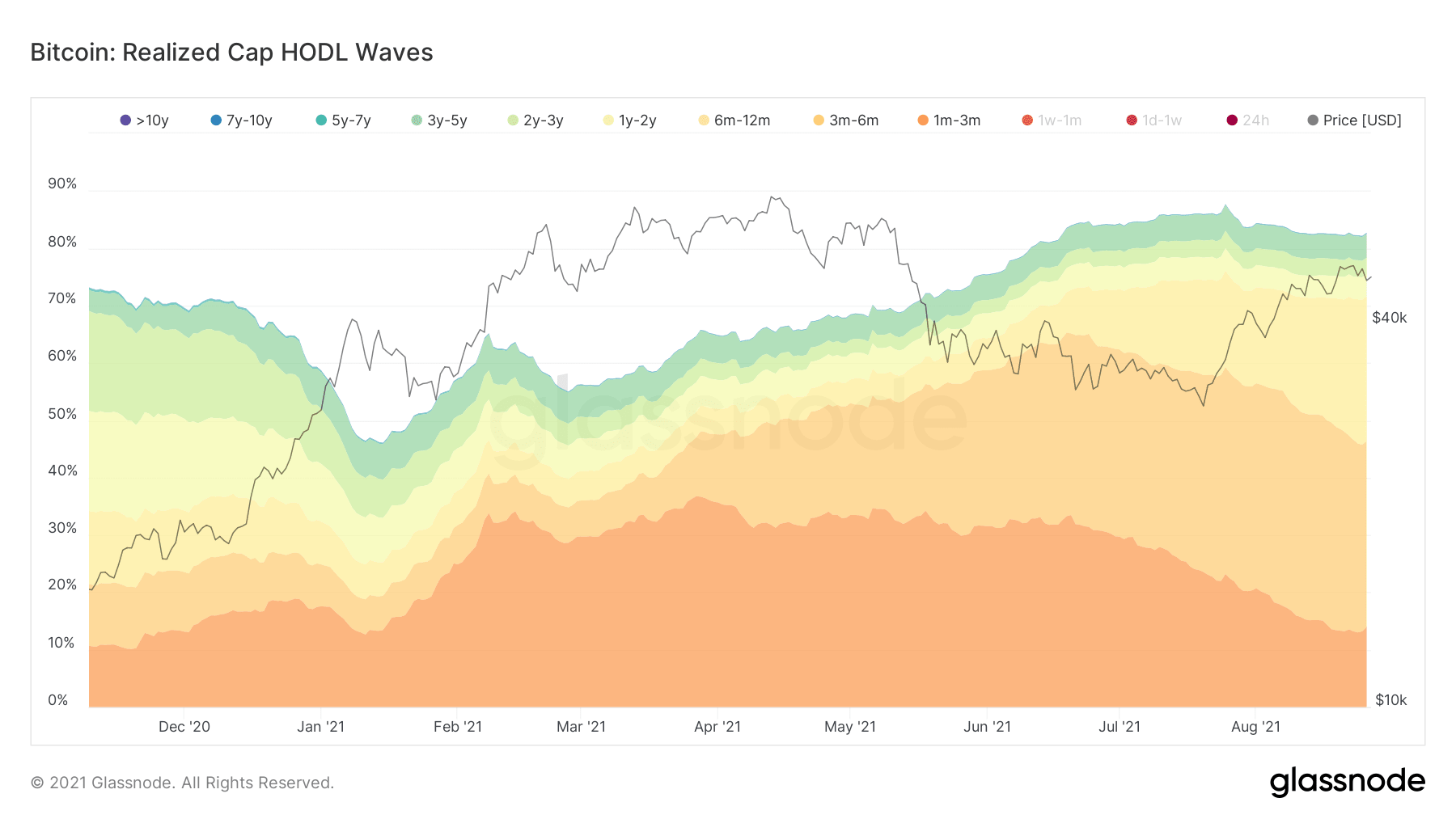 Additionally, the same data could be seen on the number of Coin Days Destroyed. The indicator calculates how old the HODLed coins were, before they were sold. On August 25 alone, coin days destroyed amounted to 30 million days.

Not only this, but the supply active in the last 6 months also observed a slight decline. This proves that selling did come into effect recently. 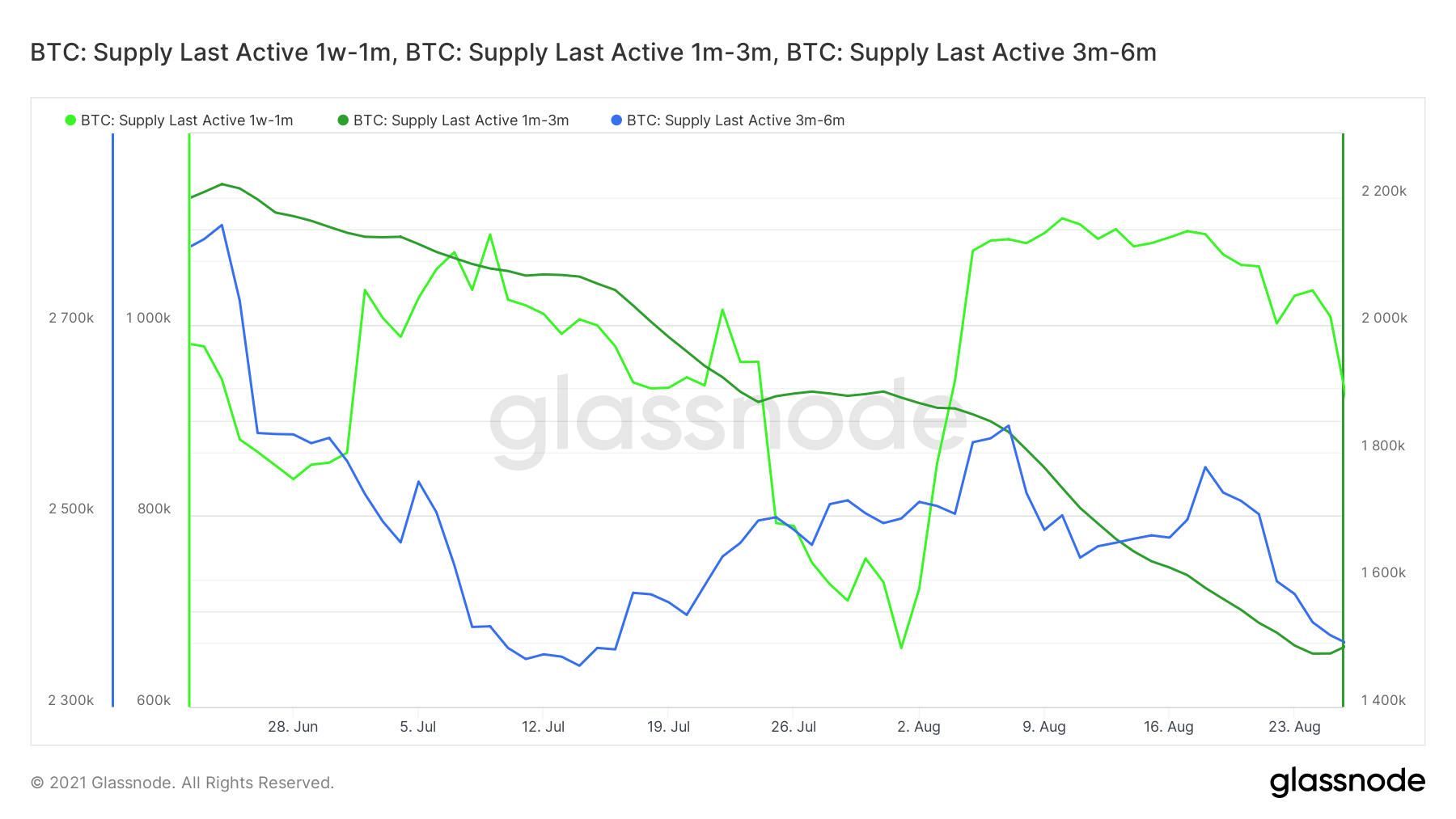 Losses at a minimum

The losses resulting from the aforementioned selling, were not high. It did not affect BTC in any way, as the supply in profit continued to rise, to reach 86% at press time. 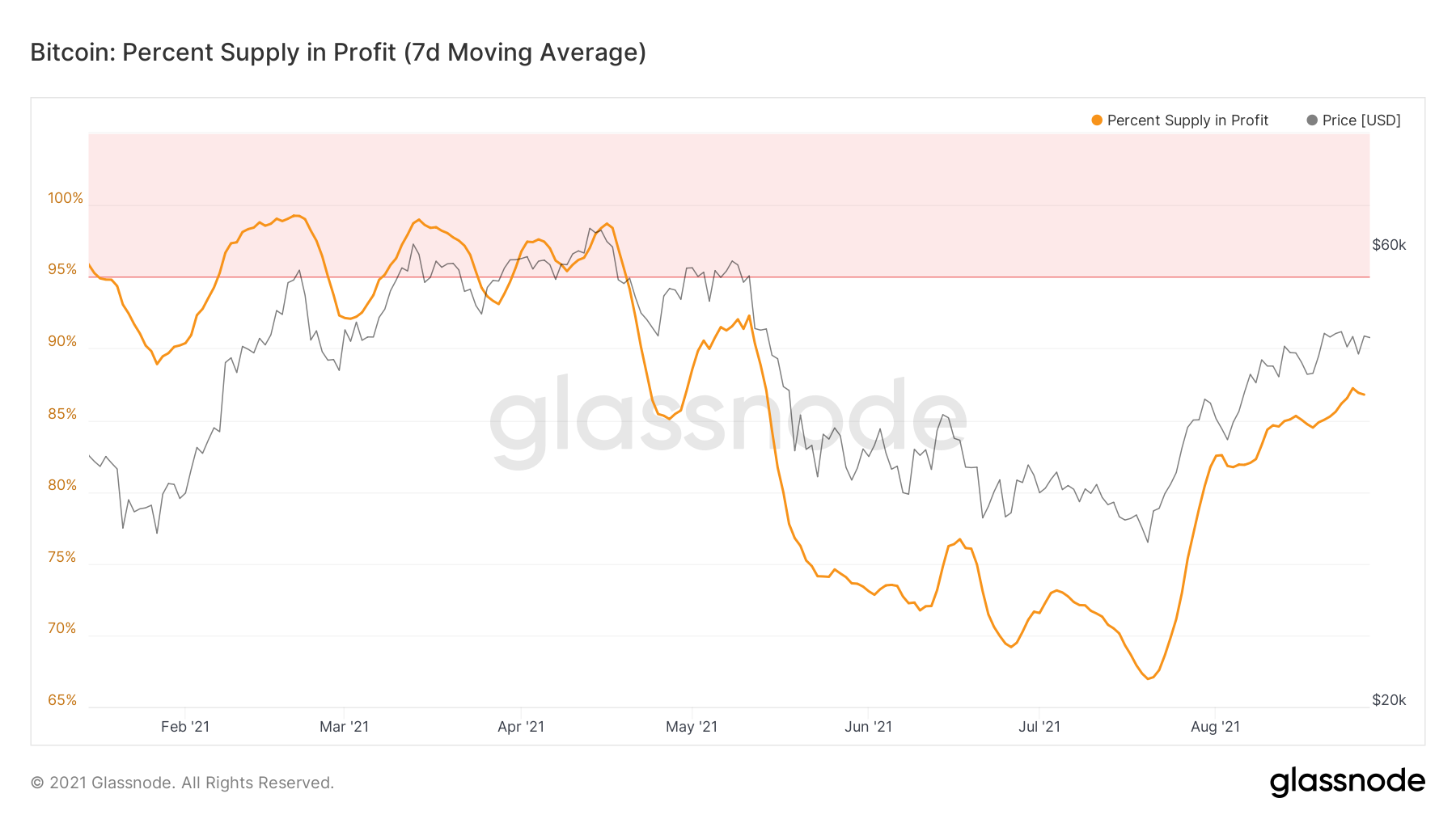 Additionally, Spent Output Profit Ratio continued to remain in the bullish range, above 1. This meant that HODLers aren’t willing to sell at a loss, even though some price drawdown was witnessed in the last 4 days. 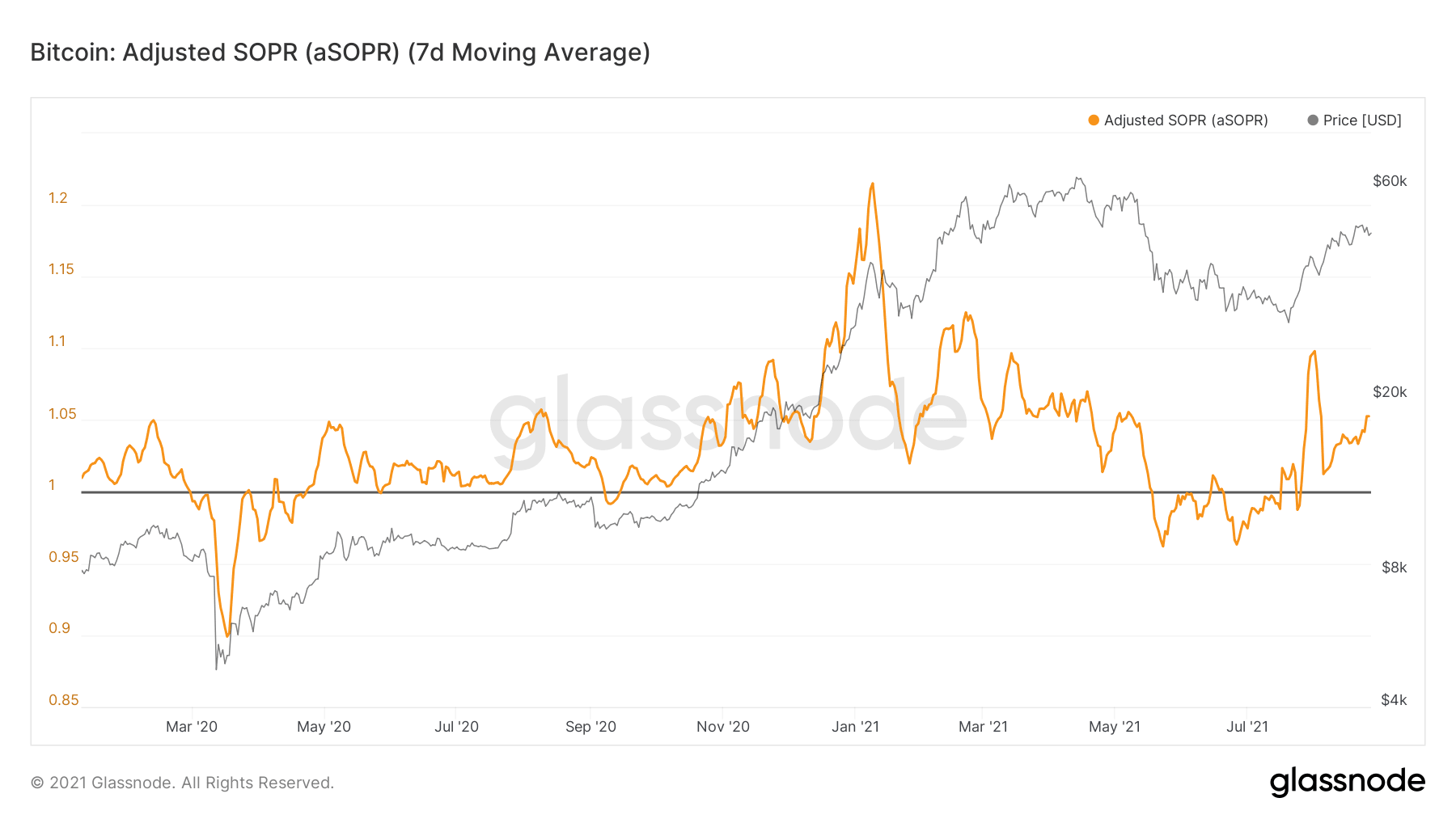 Ergo, if the LTH are looking to sell, they will wait for the price to go up again. The same is likely to result in profits for the market at large.

Will MATIC and Chainlink falter on their way to all-time-highs, because of this