On the higher timeframes, such as 12-hour and daily, Decentraland was in dangerous territory for the bulls. There simply was not enough price action on the surge from $1 to $2.2 for any significant support levels to be established. In a previous article, it was noted that the $2.4 level of support could be tested and buyers would have to show some strength in this zone. That did not quite materialize. 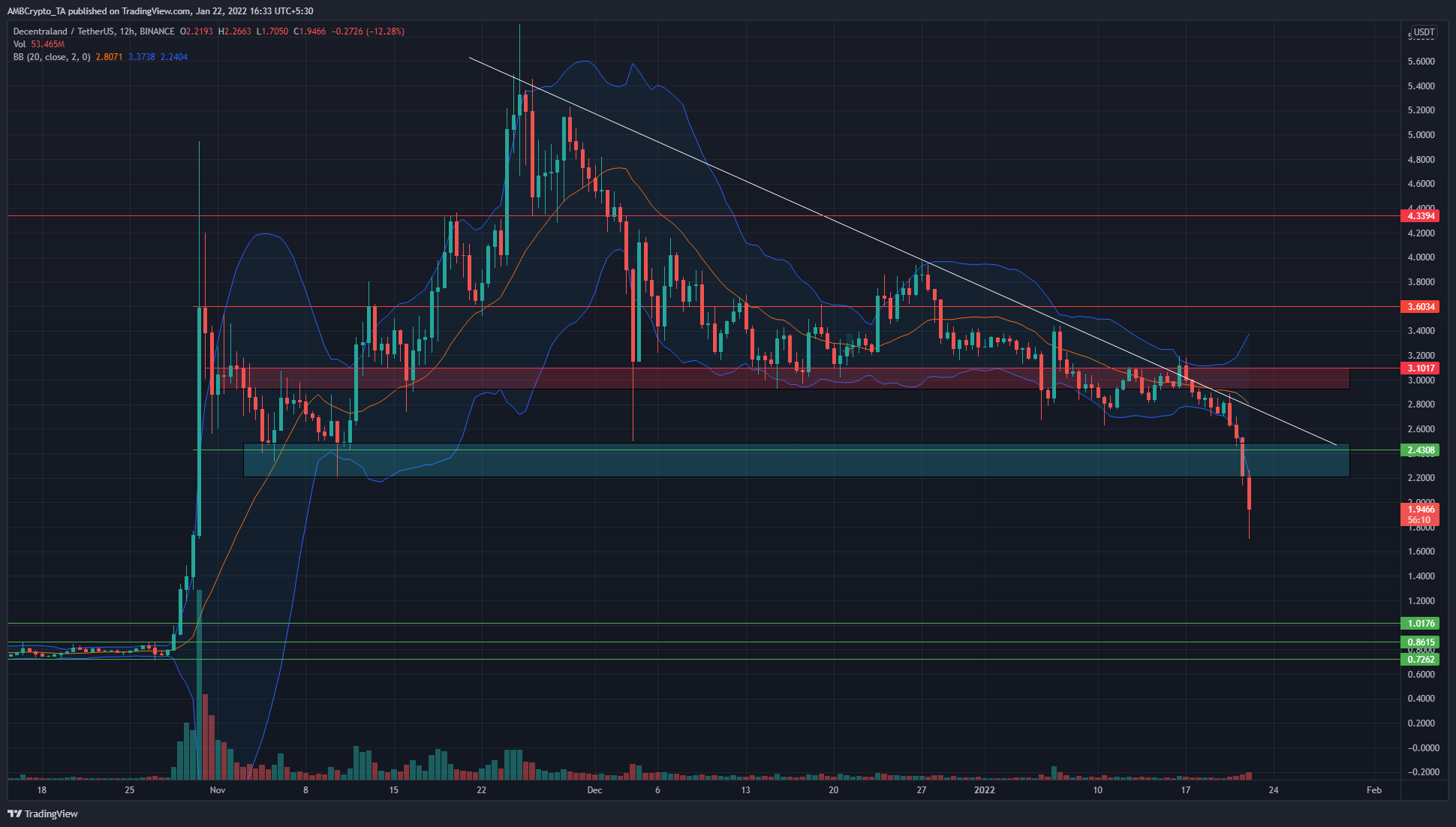 The price was forced to see a deep pullback in early December after it reached $5.2 highs in mid-November. The trendline resistance (white) was tested once more in late December, after the price consolidated above an area of former demand at $3. A rejection at the trendline was followed by MANA slipping beneath the $3 area of demand, and it had been flipped from a demand to a supply zone (red).

In the past couple of weeks, the price tested this trendline resistance once more and was forced beneath the $2.43 support level as well.

It has already been mentioned how the quick surge up from $1 in October (Uptober) failed to build sufficient support levels at which buyers could look to contest the bears. Some lower timeframe Fibonacci extension levels can be used to determine levels of importance beneath $2. 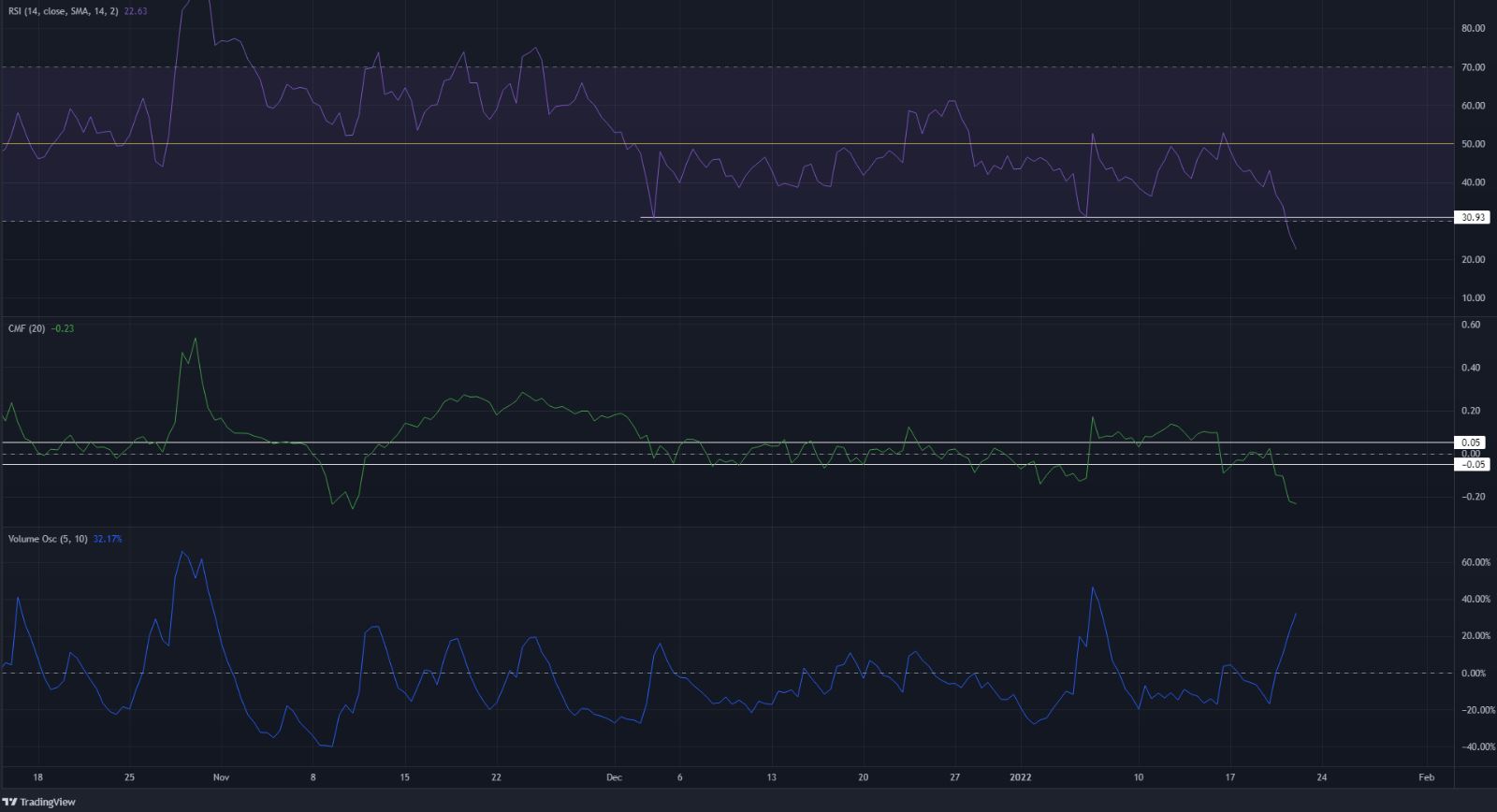 The RSI fell beneath 30.93 and, even on the 12-hour chart, was deeply in the oversold territory. This could see the price see a relief rally, although it was not yet clear where this relief bounce would begin at.

The Chaikin Money Flow was beneath -0.05 once again, which signified strong capital flow out of the market. The Volume Oscillator also picked up strongly, as the trading volume was also high. This showed that the recent sell-off had strong volume behind it.

The practice of trying to time the bottom of the market is colloquially referred to as “catching knives” because of how dangerous the activity can be.  While MANA does not appear to have significant support levels established beneath $2, it was not unlikely that buyers would be able to step in and force a relief rally sometime in the next few days. Bitcoin and the rest of the crypto market were heavily bearish, as was the traditional markets’ performance in recent days. Some patience could be exercised before seeking buying opportunities on Decentraland.

With crypto winter back, the White House is making big plans for the sector

NEAR Protocol crashes past the $13.18 level, could $10 see some buyers