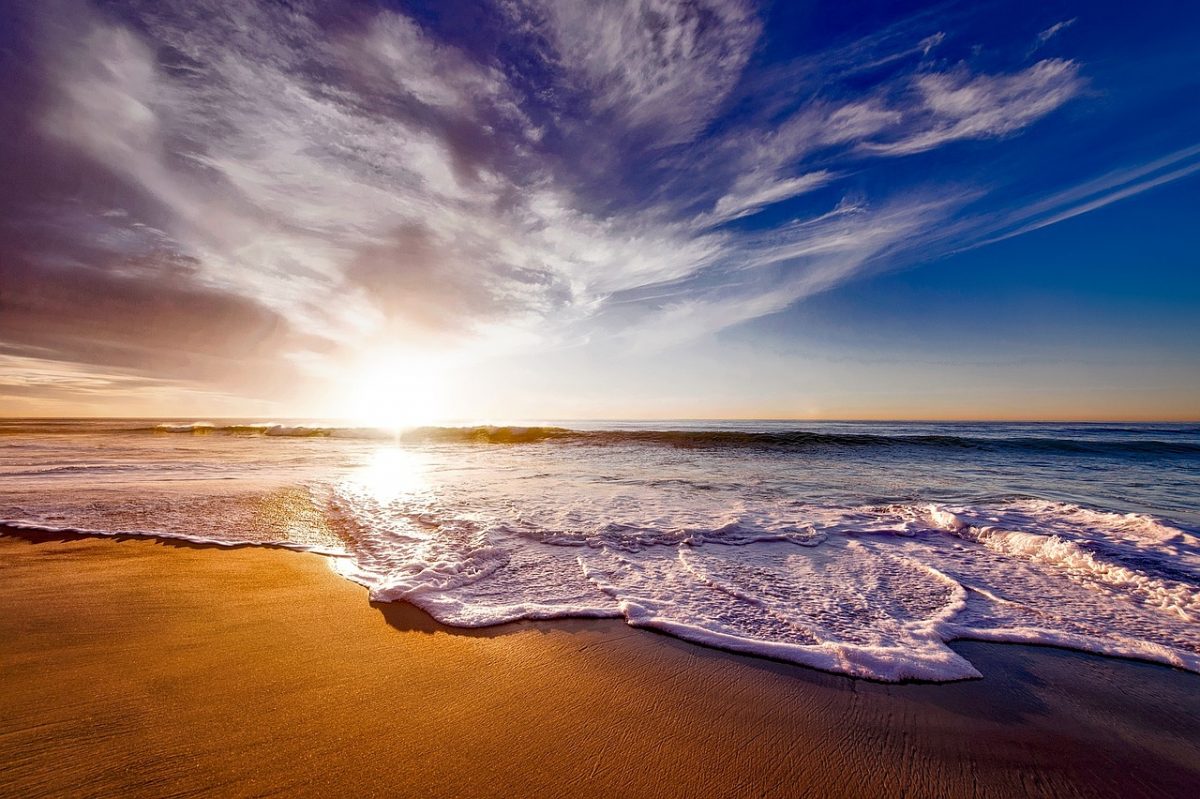 The Polygon ecosystem saw some good news pile up over the past few days. A partnership with Earn Alliance Partners aimed at bringing in millions of gamers to Web3. NFT buyers on the Polygon network have also grown massively, according to Sandeep Nailwal, co-founder of Polygon.

MATIC has a bullish bias on the lower timeframe price charts. The buyers have to work much harder in order to force a strong uptrend in the coming days for MATIC. Meanwhile, traders can keep an eye on the range that developed over the past week.

The short-term range behind Polygon did not encourage bulls 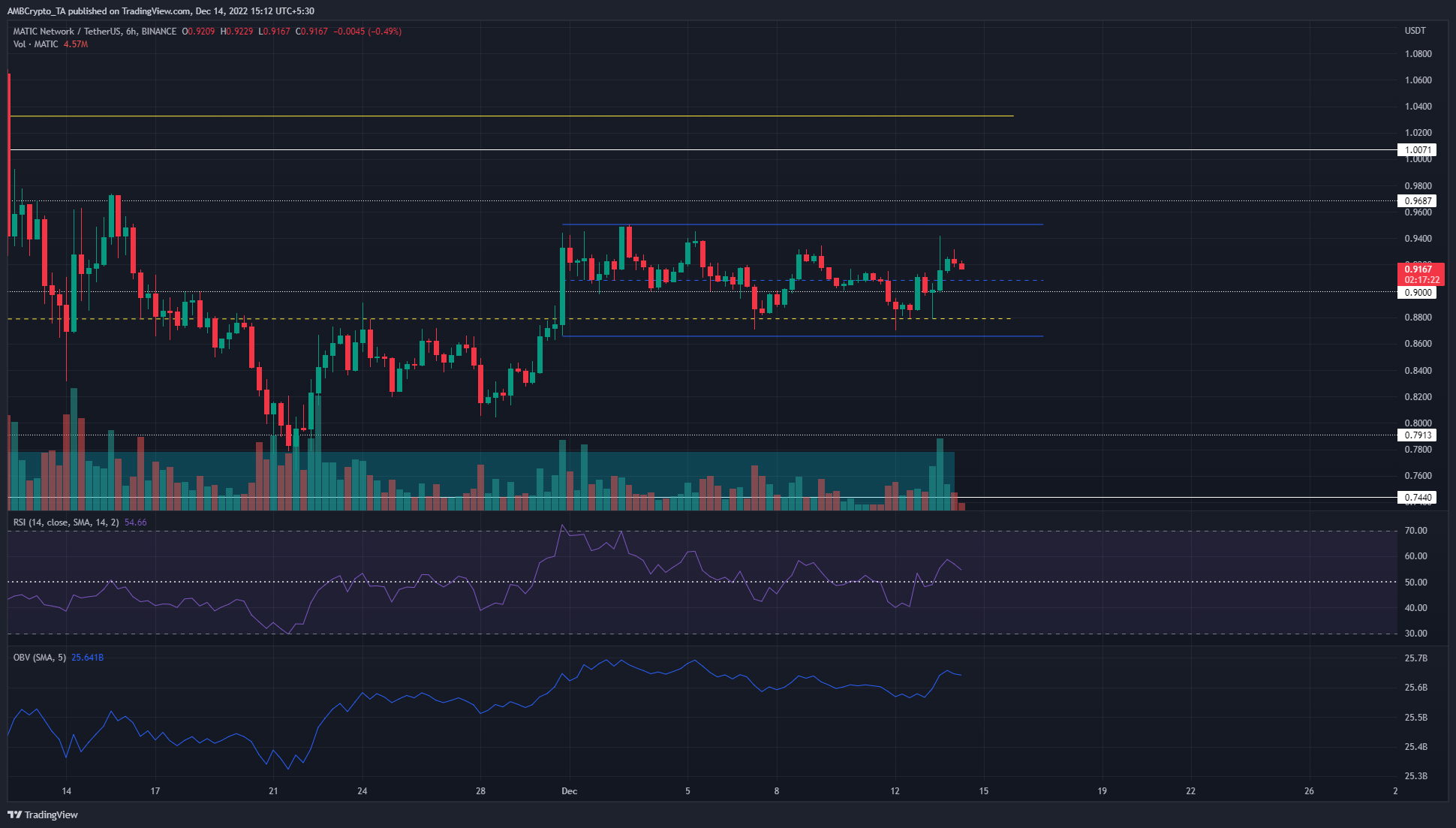 MATIC has traded within a range (yellow) from $1.03 to $0.72 since July. It saw a huge move upward to $1.27 in November but the panicked market erased the breakout that MATIC bulls had created.

Since 30 November, MATIC has traded within a shorter-term range (blue) that extended from $0.95 to $0.866 at the lows. The mid-point of this range sat at $0.9 and has been a significant level in the past week.

The RSI was barely afloat above the neutral 50 mark and did not show bullish momentum. The market structure was bullish in the past couple of days, but that didn’t mean too much due to the aforementioned range.

The OBV formed lower highs in December. Therefore, buying pressure was weak. Bulls can wait for a retest of the range lows, or a move past $0.95, before entering good risk-to-reward long positions. 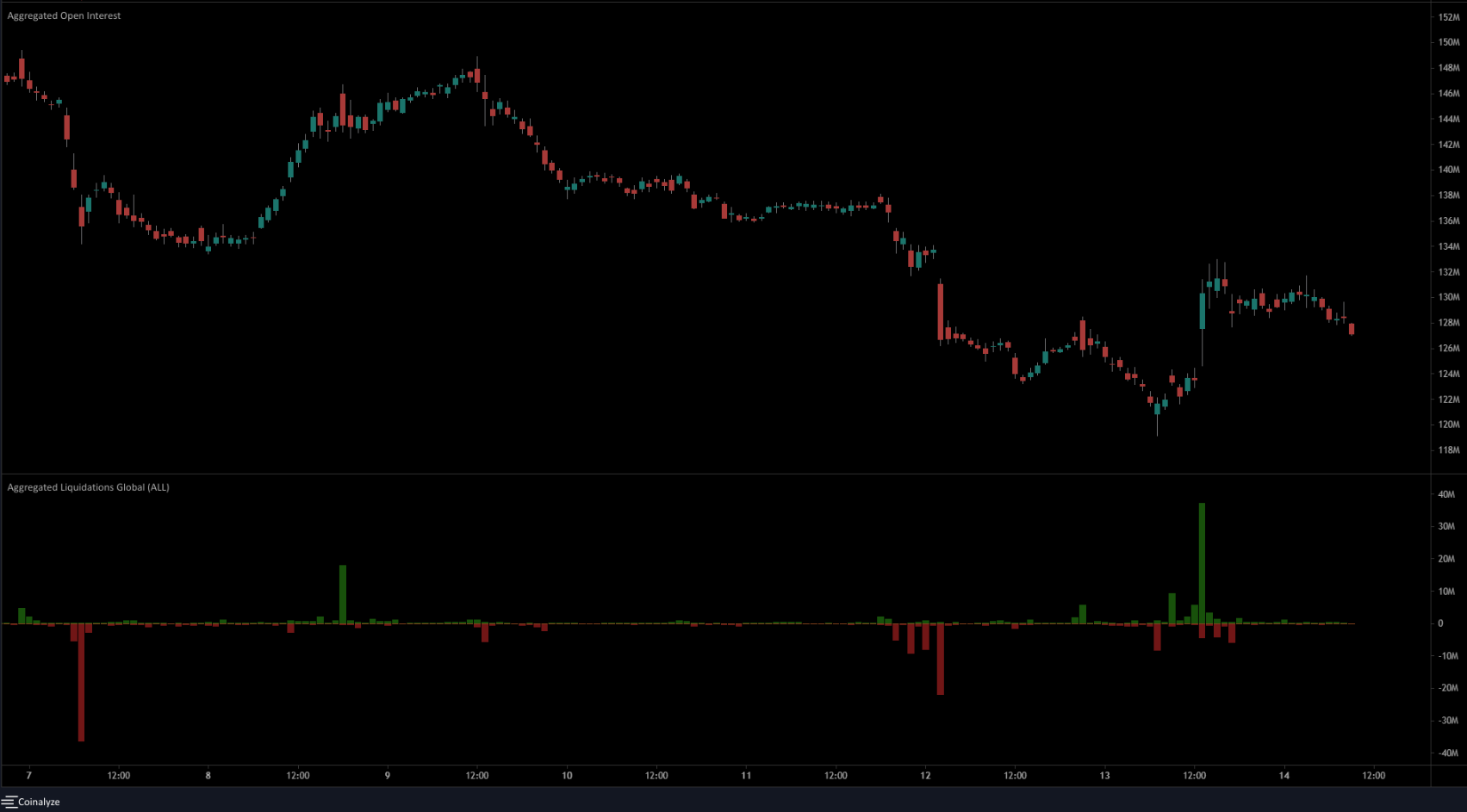 The Open Interest has fallen since 9 December. During that time, MATIC traded between $0.92 and $0.87. Since it traded within the range, it had no strong momentum nor a definite trend. The falling OI indicated bulls were likely forced to close at a loss. Meanwhile, sellers did not appear ready to force the issue yet.

A 4% move in December from $0.9 to $0.936 saw $37.07 million worth of short positions liquidated on exchanges across the globe. The shorts being forced to close likely fueled the move upward- but it was still not able to approach the local highs near $0.95.

The funding rate remained positive. A breakout past $0.95 and its retest can give buyers room to contemplate a trade opportunity targeting $1.03.

These latest Avalanche developments can help AVAX climb up the ladder