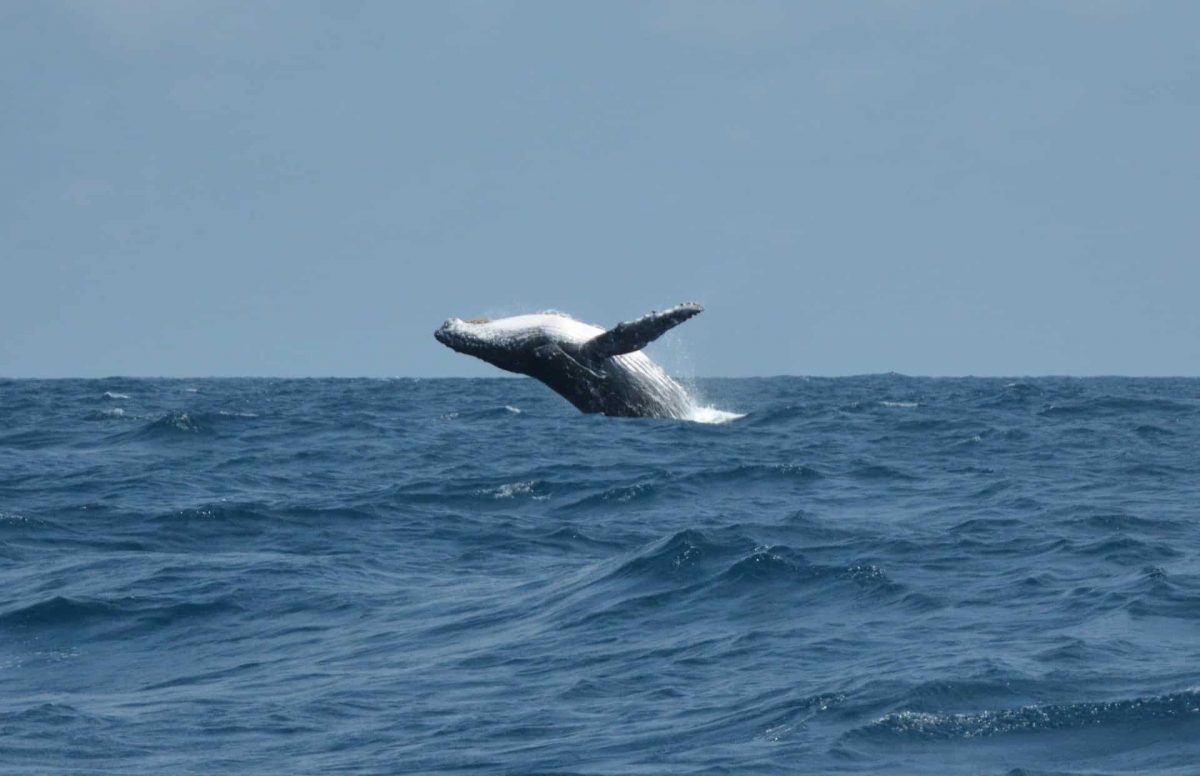 Santiment data indicated that whales appeared to have become more interested in Polygon [MATIC]  recently. Whale transactions of more than $100,000 were observed to be on the rise and surpassed 300 transaction counts recently. However, what could these transactions reveal to us? Are we witnessing a sell-off or an accumulation?

Impact on inflow and outflow

Looking at the exchange inflow volume from Glassnode revealed little activity and no surge in exchange inflows. This suggested a routine transaction taking place on all exchanges, with none of the whales transferring their holdings.  This may reflect a perception that MATIC was not profitable at the time of writing or an expectation of a higher price movement. 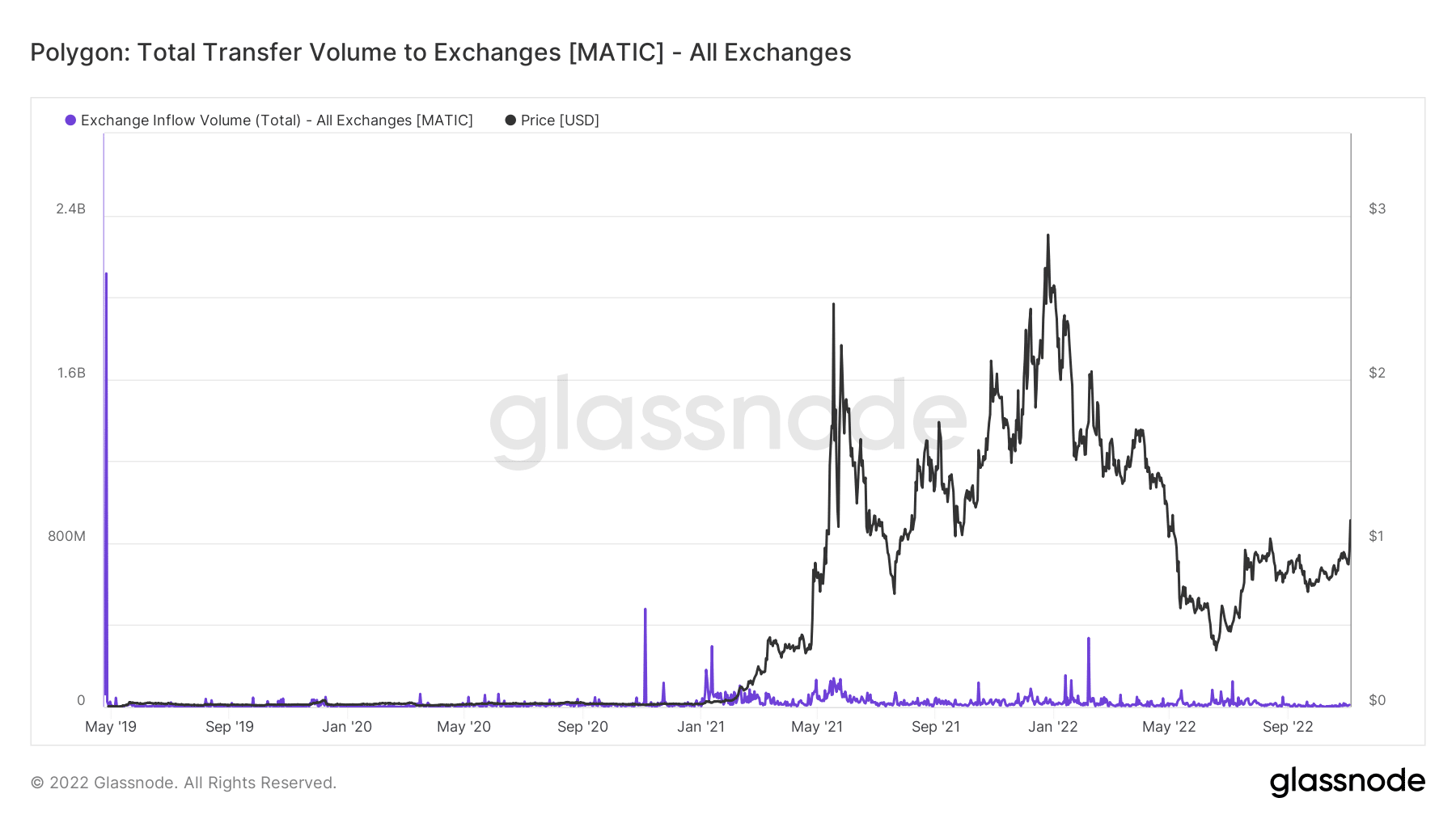 However, when the exchange outflow parameters were looked at, a higher level of activity was seen. Over the same time frame, there were a few spikes that weren’t present in the exchange inflow measures. This was a sign that assets were being moved off exchanges into wallets. 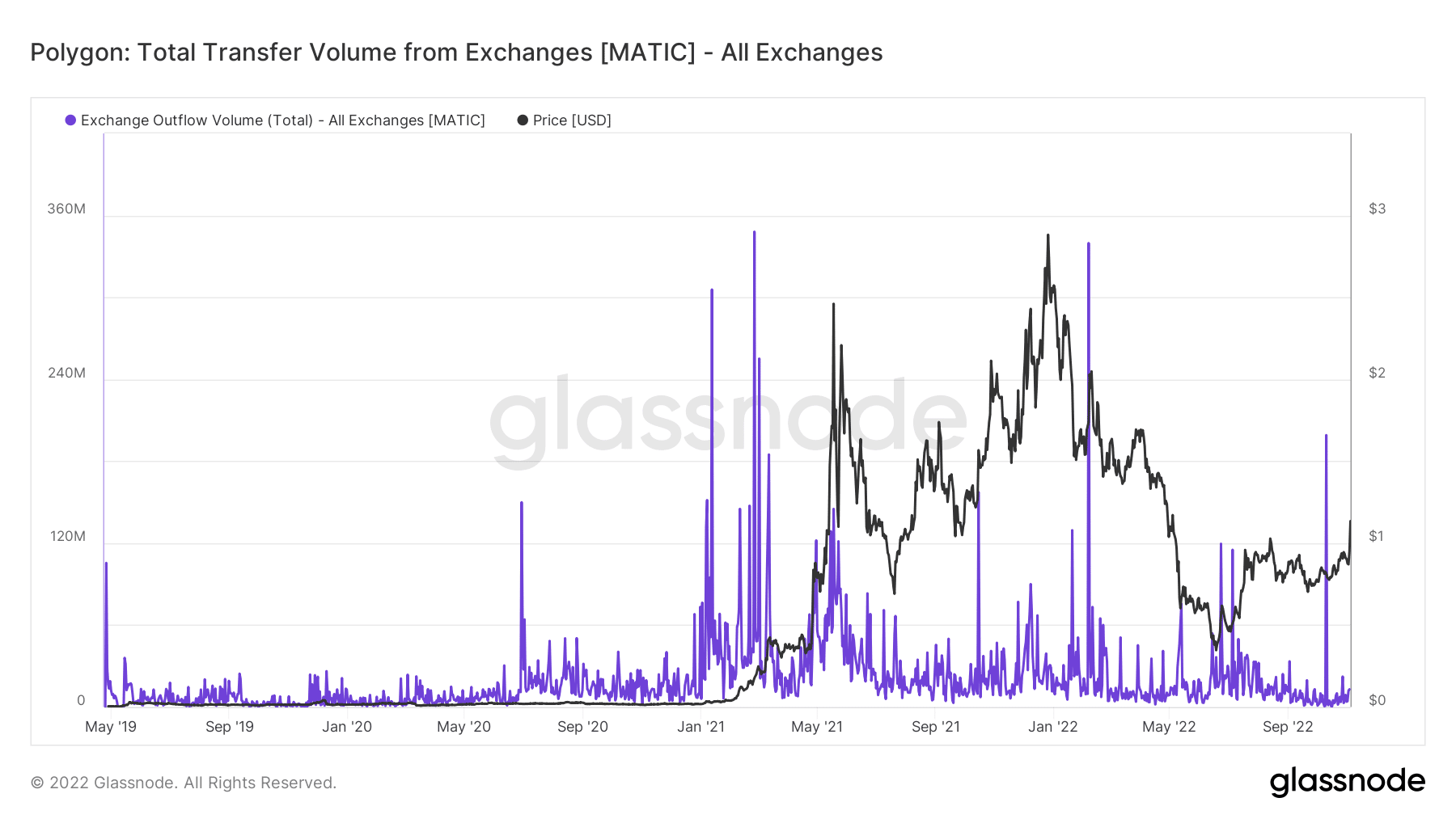 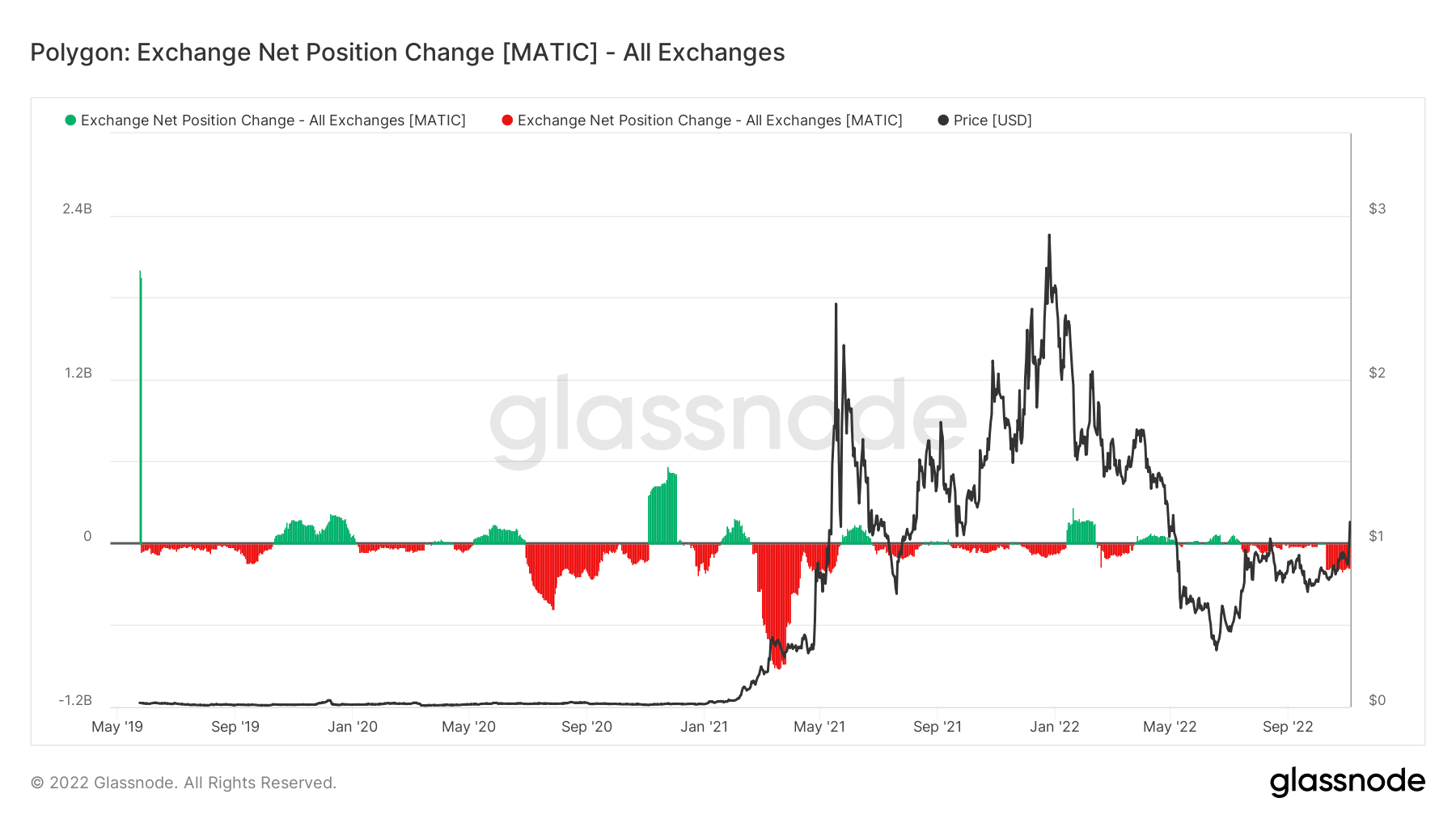 Polygon had been experiencing an increase in its social volume across several platforms, according to an analysis of its social volume. A noticeable increase was seen on all of these sites, particularly Reddit, when Twitter, Reddit, and Telegram were all monitored per data from Santiment.

Some recent events may be the cause of the current increase in social volume. One such development was Meta’s declaration that Instagram and Facebook would be integrated with Polygon. Through this integration, users of these social media platforms would be able to create and market NFTs using Polygon. This followed the lucrative sales of Reddit NFTs, which was also made possible through the Polygon network.

JP Morgan also just disclosed that it had executed its first live deal on a public blockchain. The Polygon network’s blockchain was used, which was a feat for the network given the variety of applications it may be used for.

Beginning of a rally?

A daily time frame analysis of the price of MATIC revealed that the asset had witnessed an increase of approximately 25% in the past 48 hours as of 4 November. The price increased by 8.81% at the end of the 3 November trading session. Furthermore, it had grown by more than 16% in the trading session that was observed on 4 November.

The price appeared to have moved past the resistance level that was visible between $0.9 and $1.0, suggesting that it had been broken. Furthermore, around $1.01 was noted as the price as of 4 November. Support was observed to be provided by the yellow and blue lines that represent the short and long moving averages, respectively. Additionally, the support level was identified between $0.7 and $0.6. However, it appeared as though if the upswing continues, a new support level would be formed.

According to measures for the 30-day market value to realized value ratio, MATIC shareholders had gained 2.74% on their investments. The ratio had decreased, although appearing to have been higher, as could be seen on the chart.

However, despite MATIC’s recent growth, it wasn’t enough to generate a profit for long-term investors. Additionally, this much was evident from the 365-day MVRV, which displayed a 35.8% loss for long-term holders.

Recent developments concerning Polygon may have a positive effect on the value of MATIC. Furthermore, it was possible that the price increase seen between 3 and 4 November  was just the beginning of a trend, and that further whale activity was on the horizon.