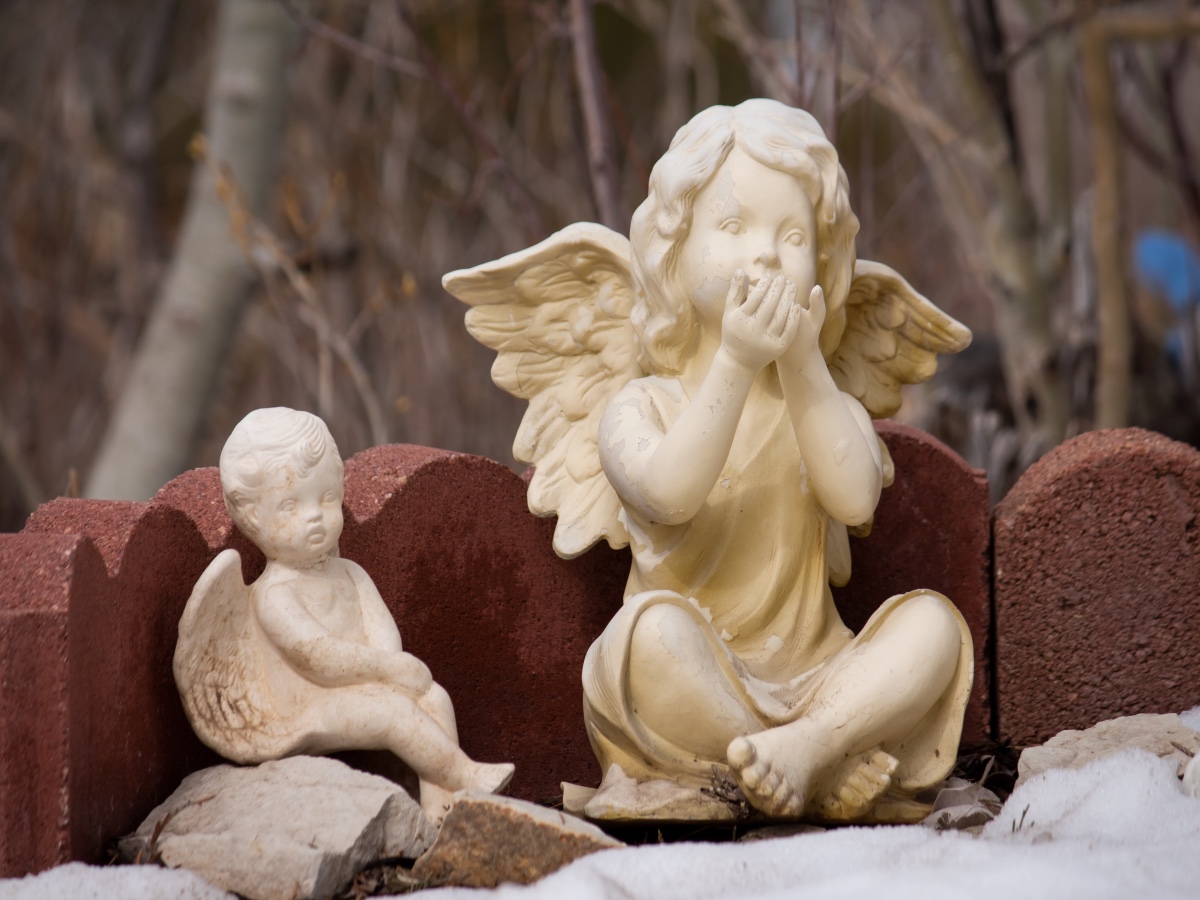 What sets altcoins apart from Bitcoin? A verified Twitter account, token distribution to insiders, or founders who reveal their identities? Might the whole host of altcoin ‘Foundations’ and ‘Labs’ be a factor too? How about the blessing of an angel investor? Or all of the above?

Crypto and DeFi projects rely heavily on venture capitalists and angels who provide not just money, but a support system that helps budding projects look more legitimate. Who’s looking? The countless smaller investors searching for a sign from above.

Ranging from noteworthy players such as Solana to niche experiments like Worldcoin, powerful VCs hold and even sculpt different parts of the ecosystems that many enjoy calling ‘decentralized.’

Oligarchy is the system we’re suppose to be disrupting.

But the question stands – When does a crypto-investor know that things have gone too far?

Be my friend, Godfather

When reporting on crypto-funding rounds and ICOs where powerful investors throw their weight behind nascent projects, journalists tend to focus on the numbers. In doing so, however, they miss out on other forms of currency – Namely press attention, legitimacy, and endorsement.

A case in point – Solana’s Series A funding round raised $20 million, with Multicoin Capital taking the lead, along with more than five other major participants. In a statement, Multicoin Capital Co-founder Kyle Samani said,

“We’re very proud to lead this round, and we encourage developers everywhere to take a serious look at Solana.”

Less than three years later, Solana is the fifth-largest crypto by market cap, beating out both XRP and Cardano’s ADA. Still, Solana is controversial thanks to its token distribution, which saw a large majority of its initial coins allocated to insiders, according to Messari Research.

So, what happens when the VC model is stretched to an extreme? One of the many answers to this question is Worldcoin. This crypto-project aspires to distribute crypto to everyone in the world – but only after scanning recipients’ eyes. As one might expect, the backlash was swift and the project was even accused of being a Ponzi scheme, courtesy of its multi-level operating model.

But, one thing set Worldcoin apart from the thousands of crypto-experiments that briefly flicker before vanishing into the void. 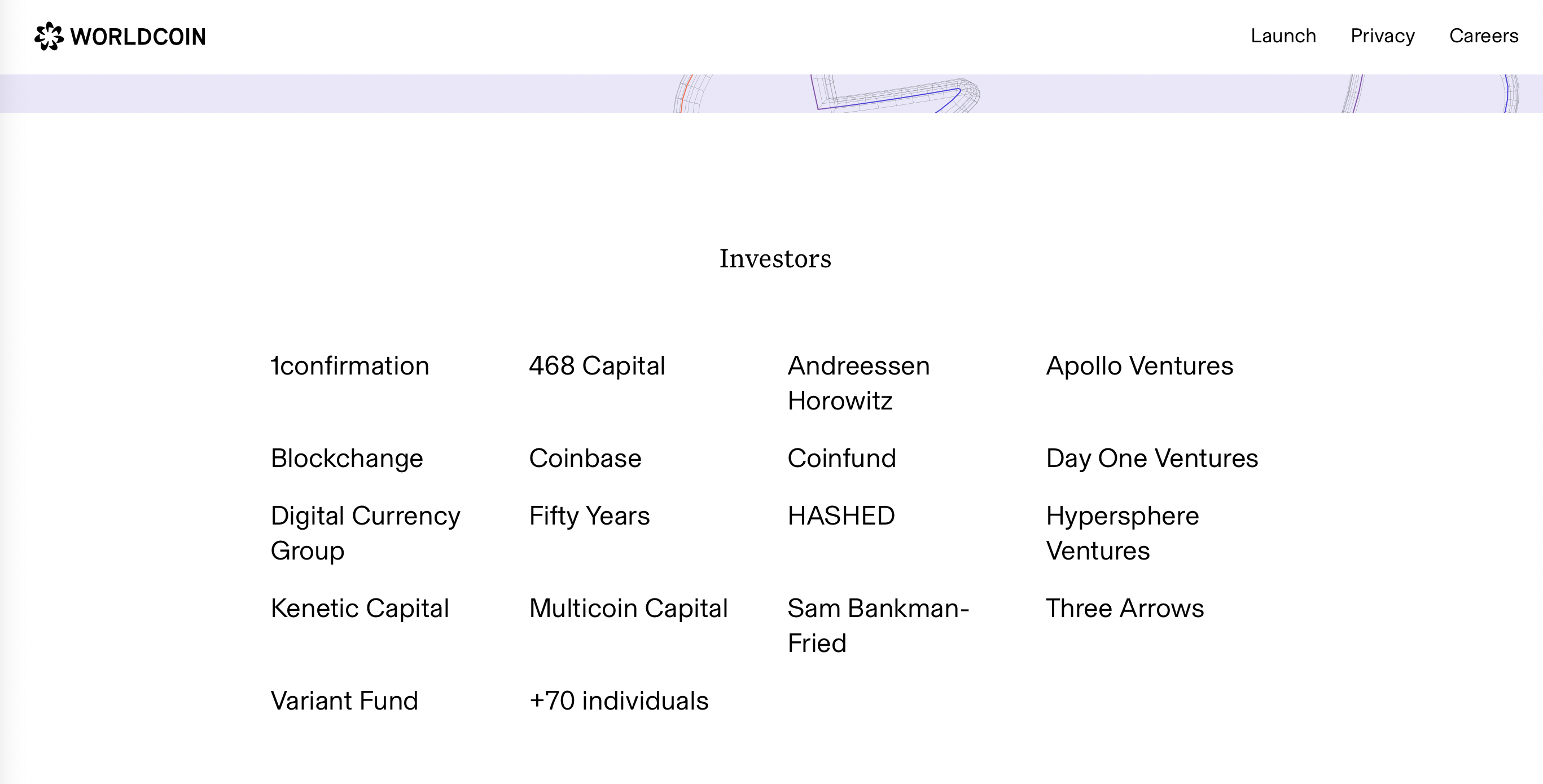 With backers like Coinbase, Three Arrows, and FTX’s billionaire founder Sam Bankman-Fried, it is that much harder to dismiss a biometric-data harvesting project with its very own orb-wielding agents.

One critic of spurious altcoin support models is none other than NSA whistleblower and privacy advocate Edward Snowden. He declared that large VCs are enabling “centralized garbage-coins” in which they have invested.

There is a strain of wealthy VC-guy who pretends to do you a favor by "warning" against Bitcoin (or whatever) while hyping centralized garbage-coins that they coincidentally happen to own an enormous stake in.

If you ever make it, don't be that guy. If you are that guy, change.

An offer you can’t refuse

During an episode of the Uncommon Core podcast, Co-founder of Three Arrows Capital Su Zhu tackled both sides of the centralization debate. In favor of VCs, Zhu pointed out that developers need to be paid and that smart contract audits usually come with high costs.

On the flip side, the exec acknowledged that venture capitalists don’t always champion groundbreaking innovation. He explained,

“…the problem in that VC space too, is that there’s a lot of groupthink, right? Where, you know, if Andreessen [Horowitz] does one deal, then everyone wants to do the same deal and then they lead all the deals, but then it’s all the same.”

Zhu also claimed that major VCs are co-invested in each other and Coinbase, before suggesting that Coinbase listed VCs’ tokens for the same reason. Calling it “dangerous for the space,” Zhu reflected,

“So I think, has that held back DeFi? Yeah, it has held back DeFi a lot because they can’t take risks. They can’t put out projects that solve use cases. They have to think about ‘how do we crystallize?’ How do we market high? How do we use this to put it on a PowerPoint for our next fund?”

It’s worth noting that at press time, Three Arrows Capital had listed Multicoin Capital as one of its investments. Three Arrows also reportedly invested in Worldcoin.

Take the gun, leave the capitalist

In the following hours and days – Zhang replied, Binance put out an update for DOGE traders, and Zhao published an apology message.

More importantly, the little drama showed the crypto sector – and the world at large – that even in the decentralized system, DOGE investors have a social media-savvy billionaire on their side.

also a lesson to all: keeping your crypto in an unregulated exchange is quite risky ~ https://t.co/rF5Ejsqwfi

Musk may not have led a funding round or put out an official release, but it can be argued that his actions had an impact comparable to an official VC who did these things.

Much like organ transplants, crypto-VCs try their best to thrive in a new yet rapidly changing system. When they propel new projects to dizzying heights – as in the case of Solana – we have a success story.

However, when an already dubious system fails to rise in spite of abundant support, there may be no choice but to call time of death – and question the VCs’ less-than-ethical “groupthink.”

As long as both official and unofficial VC-support models exist, investors must use their research scalpels before their crypto-wallets.