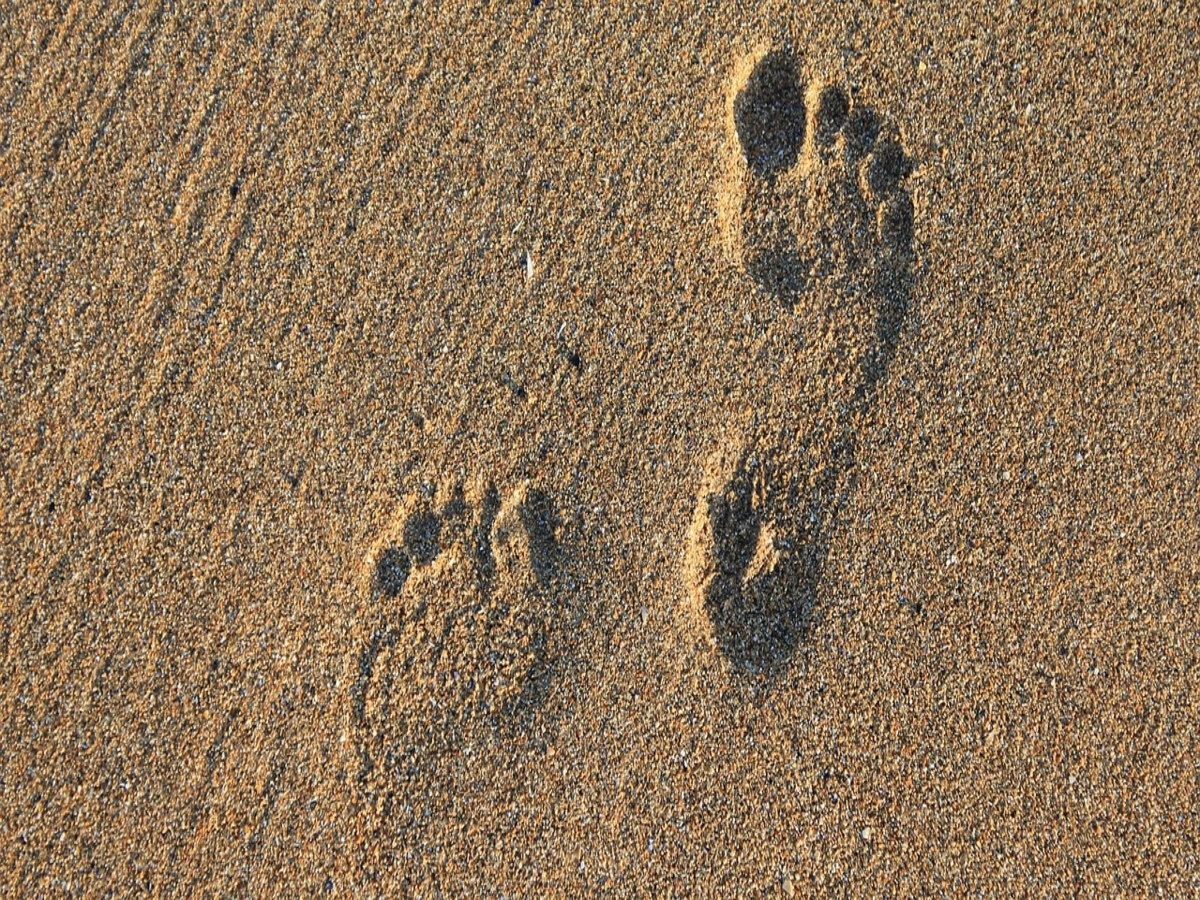 The market has been quite turbulent over the past few days, but the price depreciation on Wednesday managed to leave evident scars. Bitcoin, the market’s crypto-leader, led the crash and most alts, barring a few, went down the same road. Having a long-term horizon and adapting to circumstances in situations like these is the key to preventing portfolios from getting wrecked.

With traders and other people from the industry already acknowledging the ‘correction phase,’ the market has started to show signs of recovery. The lead again, as anticipated, has been taken by Bitcoin.

“Given the market structure did not shift at all, what’s most likely to happen from here in the next few weeks is that we’ll just be gaining it back.”

Can Bitcoin bounce back?

Even though the latest price correction was way deeper than what was anticipated by analysts, on zooming out, it is evident that Bitcoin is still in a bull cycle. After witnessing a dip of more than 47 percent in five days in March last year, the coin did not stumble back to breach its own lows on the charts.

The termination of a corrective move is characterized by a gigantic wick on the charts. Usually, sideways action is expected in the area where the weekly closes. Analyzing the same for Bitcoin using the above chart, the analyst added,

“Weekly looks quite interesting at this stage. We’ve got a giant wick and we’re probably going to have bottoming construction here.”

He further went on to point out that the upcoming week looked pretty “interesting” for longs, with the analyst claiming that the $43k, $46k, $49k, and $54k levels were key resistance levels for the world’s biggest crypto.

“Those are the levels we have to break through, and given that we had such a big crash, it doesn’t seem likely that we are out of the blue back here inside the impulse wave. The volatility has to drop down significantly through which there’s most likely a range bound structure.”

What’s in store for the market’s alts?

Most of the altcoins were victims of a massive fall over the last couple of days too. According to Van de Poppe, “All altcoins have been seeing pain at this stage.” Nonetheless, there is something to look forward to. The analyst believes,

“If Bitcoin is making the run further up, we’re going to have altcoins following soon.” 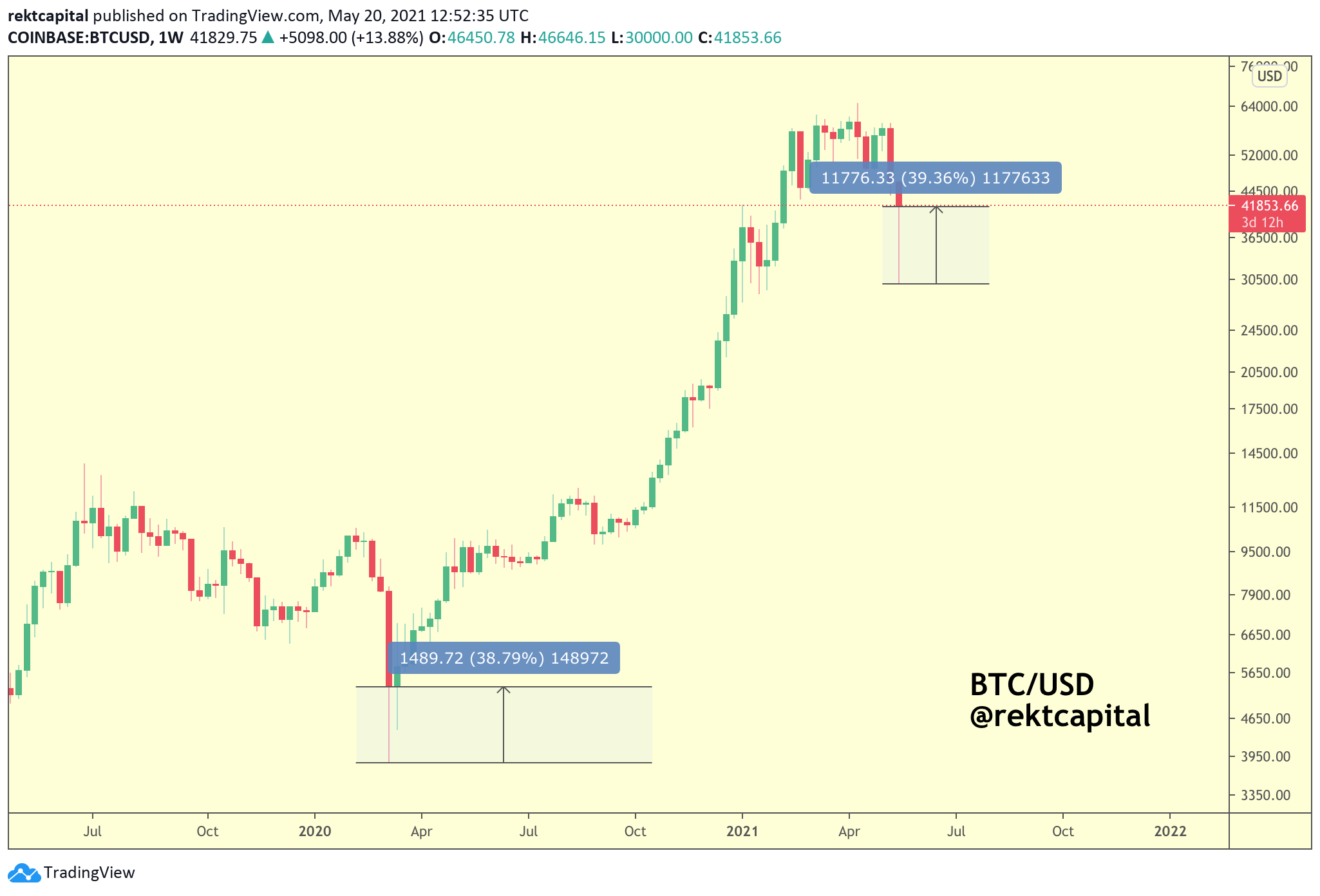 As underlined by the analyst associated with Rekt Capital, when Bitcoin crashed in March 2020, it recovered by more than 39 percent after bottoming. After if its latest crash, it’s quite evident that Bitcoin has followed the same pattern, having already recovered more than 39 percent – A good sign for the market’s alts. 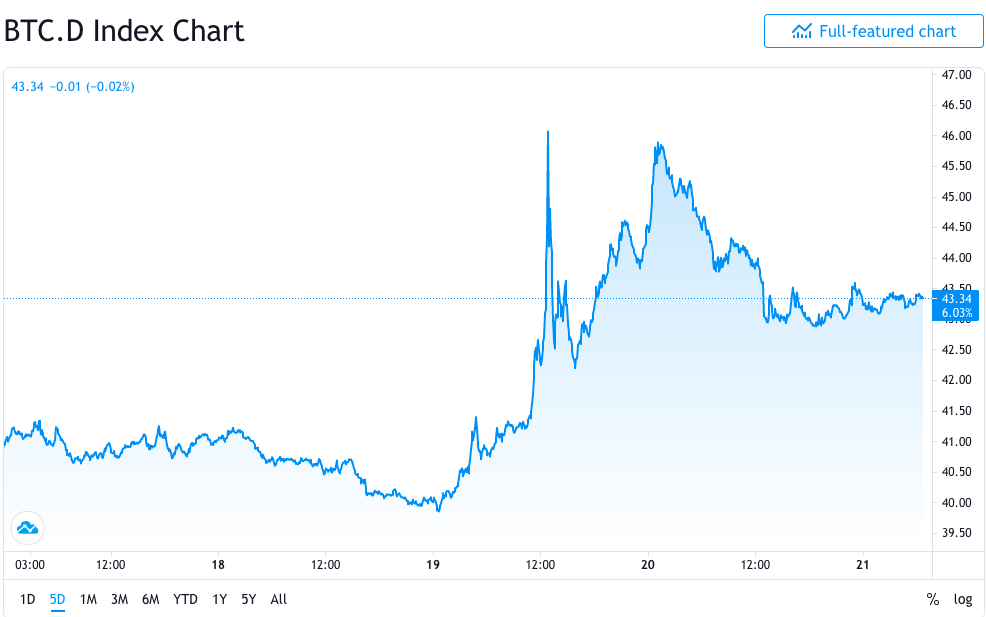 Additionally, at press time, most of the big alts were positively correlated with Bitcoin [Ethereum (+0.92), Litecoin (+0.89), XRP (+0.86), and Cardano (+0.82)]. This further implied that they are in the same boat and are heading together in the same direction.

After months of declining dominance, Bitcoin has gradually started gaining momentum back in the past few days. Ergo, it goes without saying that the current recovery would predominantly depend on how Bitcoin progresses.

However, as previously mentioned, a dead cat bounce is possible before Bitcoin escalates further and the crypto’s price could fall back to $35,000 before it climbs up the ladder. However, if the price manages to sustain a breach of the $42,200-mark, the bearish short-term structure could be negated.

Here’s how DOGE can be ‘absolutely’ ported to Cardano