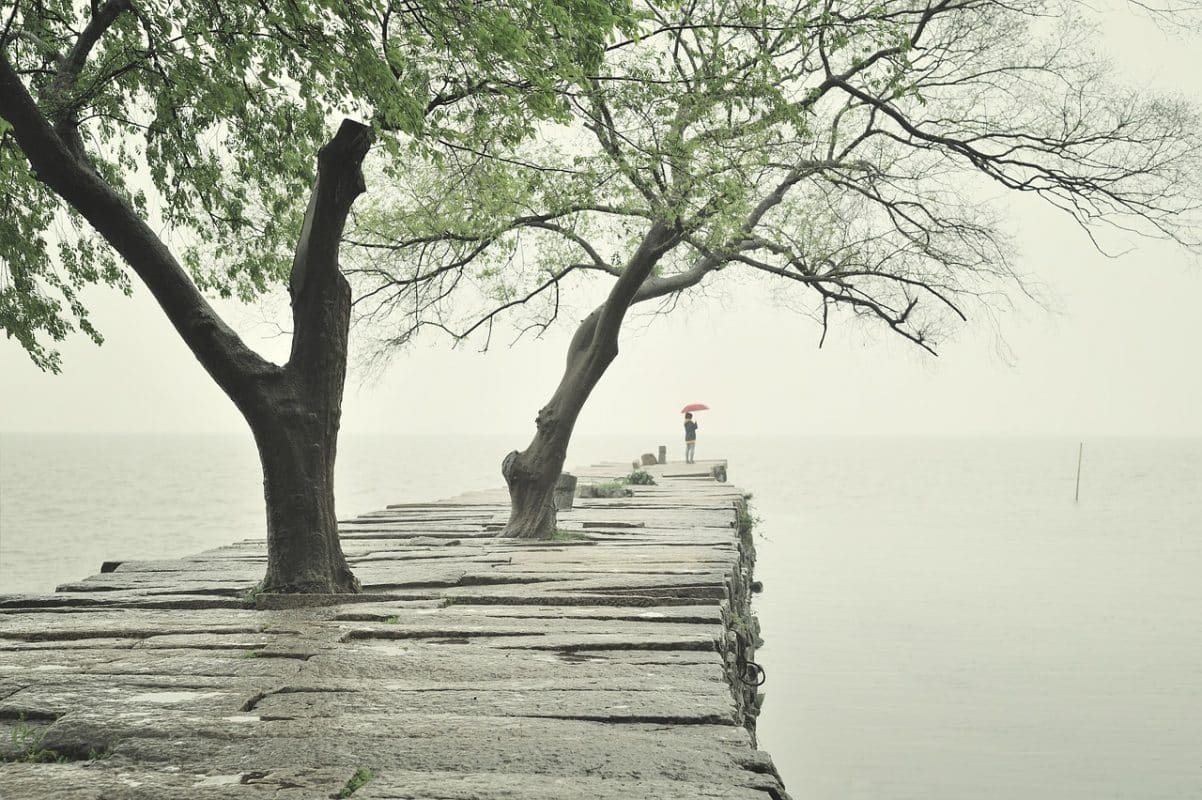 Polkadot buyers were weak on the price charts and were unable to effectively halt the march of the bears in recent months. Once again they skirmished for control of a vital level near the $5 mark.

Polkadot remained popular on social media, going by Top Ten searches on LunarCrush. But that did not translate into bullish price action. A move back above $5.3 would shift the DOT market structure on the 1-day chart to bullish but was unlikely based on the evidence at hand. 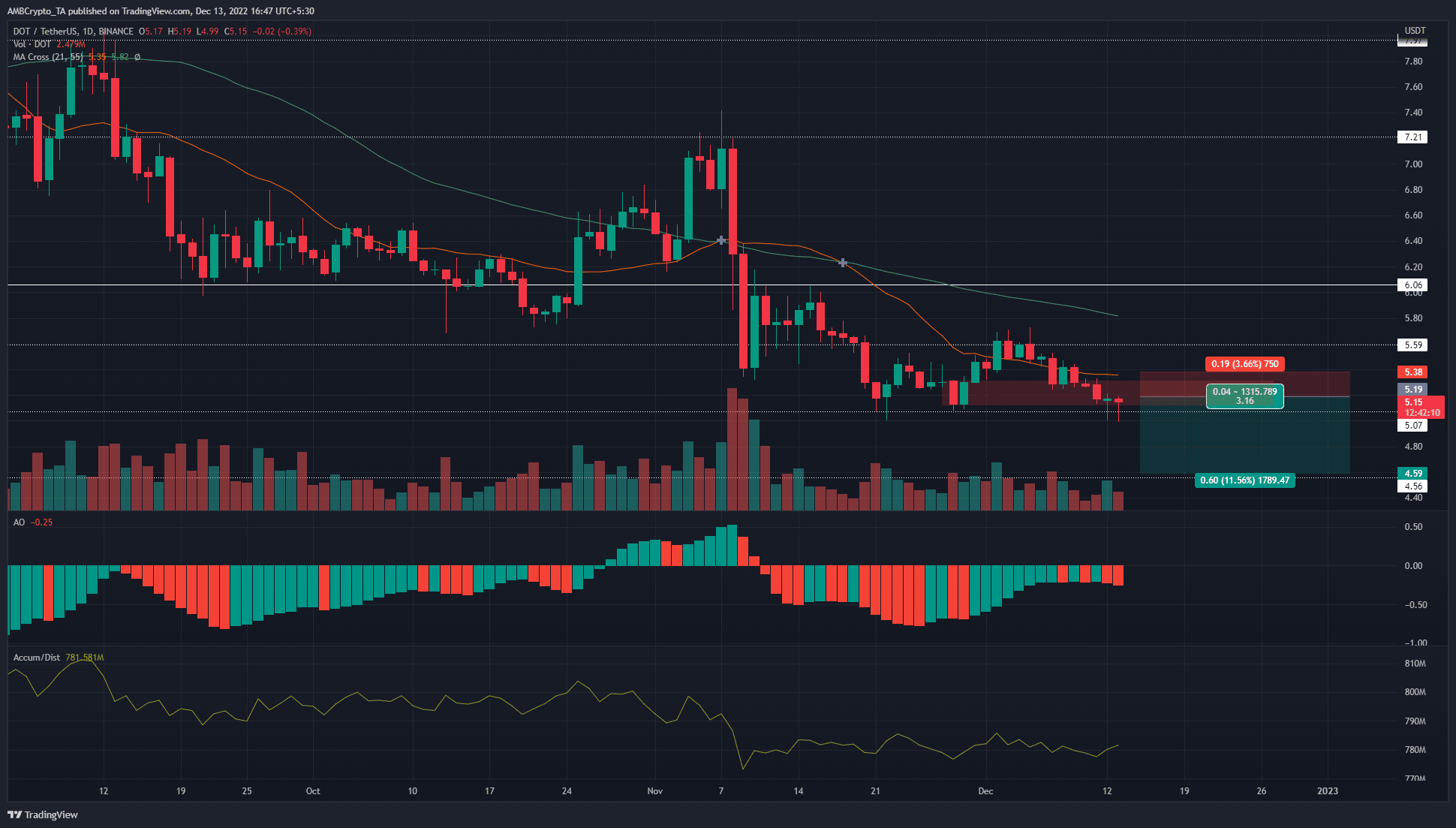 At press time, Polkadot bulls battled hard to stay afloat above the $5 mark. It was a psychological level of importance which also has confluence with a longer timeframe horizontal level. If the price slides below this mark, the selling wave could intensify and drag prices lower still.

On 28 November, DOT formed a bullish order block near the $5 mark. The move to $5.62 on 2 December underlined the importance of the $5.1-$5.3 area. A daily session close beneath his zone would flip the market structure, to bearish. The order block would also become a bearish breaker.

This was a likely scenario based on the indicators. The A/D saw a sharp drop in November and has been flat since then. Meanwhile, the Awesome Oscillator showed bearish momentum, although it was weak.

Taken together the inference was that demand was scarce and selling pressure could slowly sink Polkadot prices. Hence, a move below $5 and a retest of the bearish breaker can be used to enter short positions targeting the next high timeframe support level at $4.6. Invalidation of this idea would be a price move back above $5.3.

Futures markets indicated some bearish sentiment over the past few days

The Open Interest behind DOT contracts against USDT shriveled up drastically from 8 November onwards on Binance. It picked up again on 24 November, and gradually trended upward till 11 December. During this time, Polkadot oscillated between $5.7 and $5.1.

DOT had a negative funding rate on Binance. The past couple of days saw the OI drop while the price stayed between $5.07 and $5.19. Until the OI rises alongside a DOT rally, the indication would be discouraged longs and bearish sentiment.

What are the odds of Chainlink [LINK] crossing its near-term high this week?