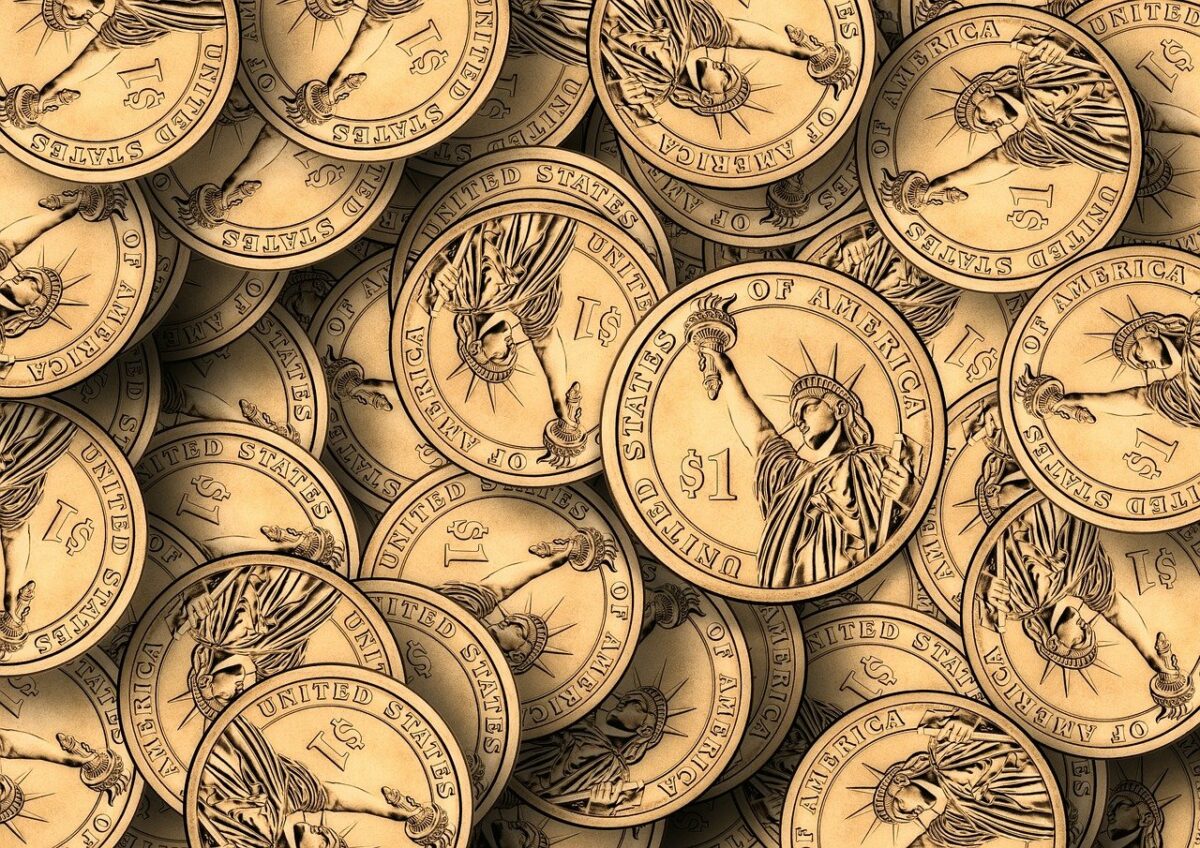 Top stablecoin Tether has emerged to become the cryptocurrency industry’s primary crutch over the past seven years, according to a new report. The report noted that Tether acts as a tool for “oiling crypto markets to keep them smooth.” USDT acts as a bridge between fiat currencies and cryptocurrencies that operate on open blockchain networks.

The report by crypto outlet Protos aimed to take an in-depth look into the most common stablecoin, mostly to analyze which liquidity providers are buying the token and supplying it to cryptocurrency platforms. It found that two market makers are the essential purchasers of issued USDT, who have together acquired almost 55% of all outbound volume ever.

According to Protos, Alameda Research and Cumberland received a projected $60.3 billion in USDT, between 2014 and October 2021. 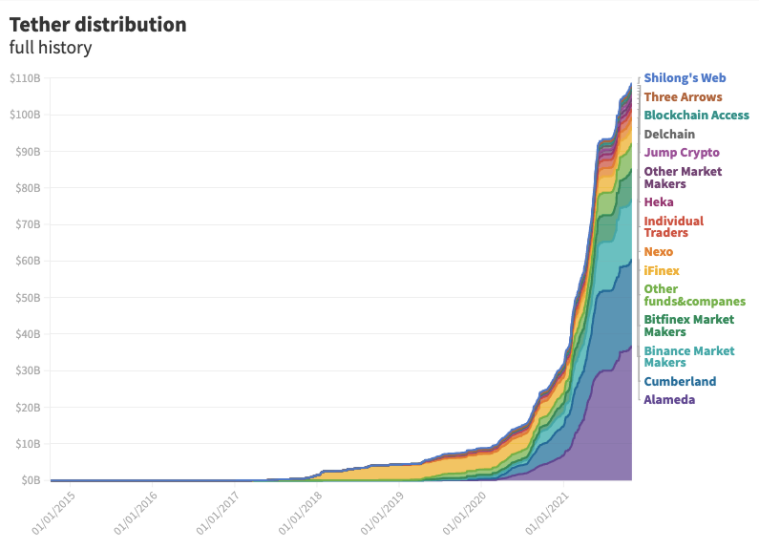 The top acquirer, Alameda Research, is led by crypto billionaire and the owner of top crypto exchange FTX, Sam Bankman-Fried. It acquired $36.7 billion over the past few years, amounting to almost a third of all existing Tether, with $31.7 billion or 86% of it received in the last 12 months.

The report stated that out of the $36.7 billion in USDT that was transferred from Tether’s Treasury to Alameda research, over $30.1 billion were transferred to FTX. However, the company has wallets in a number of other cryptocurrency exchanges, including Binance, which received $2.1 billion along with Huobi and OKEx, which received $1.7 billion and $115 million respectively.

The rest of USDT was transferred to non-exchange wallets, according to the report. The second-highest USDT purchaser, Cumberland, is a DRW Holdings subsidiary and considered to be one of the world’s top market makers. The company received $23.7 billion in USDT over the past seven years, with $17.6 billion in USDT, or 74% of the total amount received in the last year alone, accounting for  22% of all outbound USDT volume ever recorded.

In its research, Protos noted that Cumberland has been in partnership with Binance since at least early 2019, acting as its primary liquidity source and market maker. Naturally, the Tether Treasury issued $18.7 billion, or 79% of the total issued to Cumberland to Binance. It received $131.5 million on Poloniex, $9 million on Bitfinex, and another $30 million each on both Huobi and OKEx.

With a market cap exceeding %74.44 billion, Tether is the world’s largest stablecoin and fourth-largest cryptocurrency. However, its rise to success has recently been marred by increasing scrutiny from regulators and the media. The stablecoin issuer was fined $41 million by the U.S. Commodity Futures Trading Commission last month for breaches of the Commodity Exchange Act.

Prior to that, Tether also fell victim to ponzi scheme speculations, after a Bloomberg article accused it of using USDT reserves to fund “billions of dollars of short-term loans to large Chinese companies.” Tether had soon hit back at the report, calling it “old news with dubious sources.”

How far will the much-awaited Taproot upgrade take Bitcoin

How is Arbitrum’s dependence on Ethereum affecting its performance