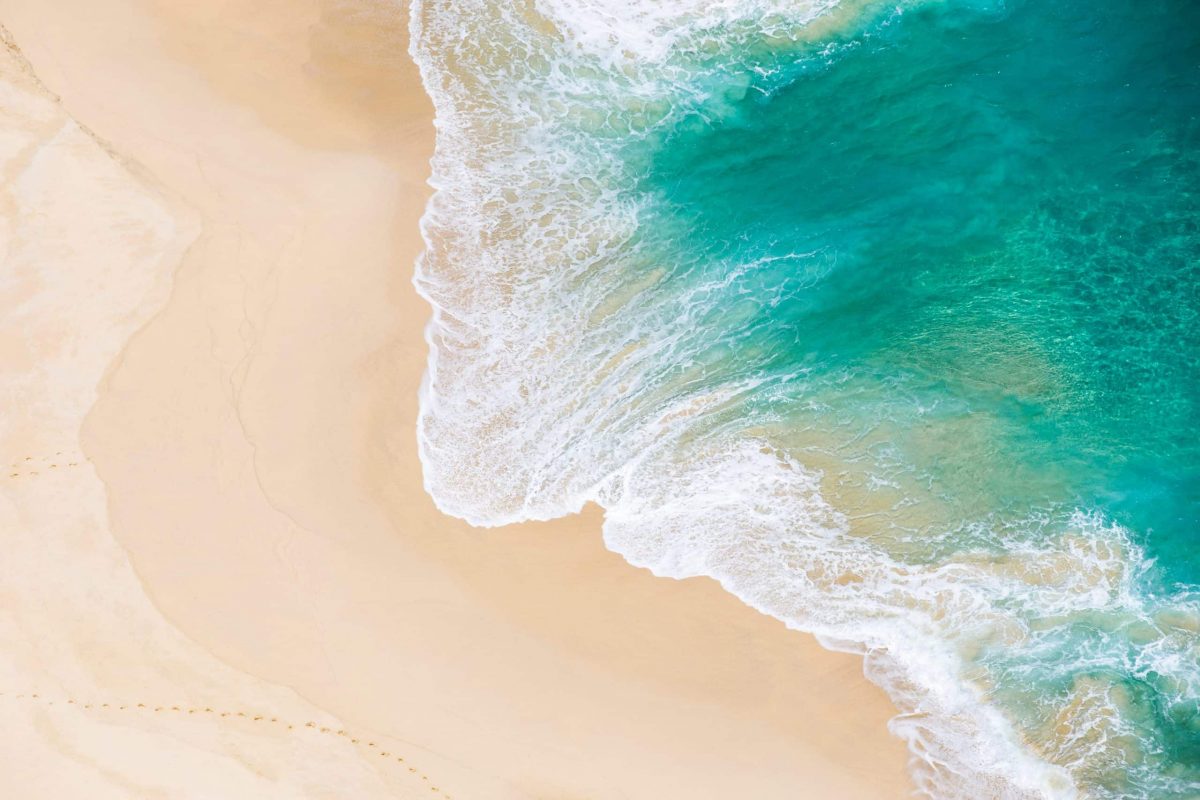 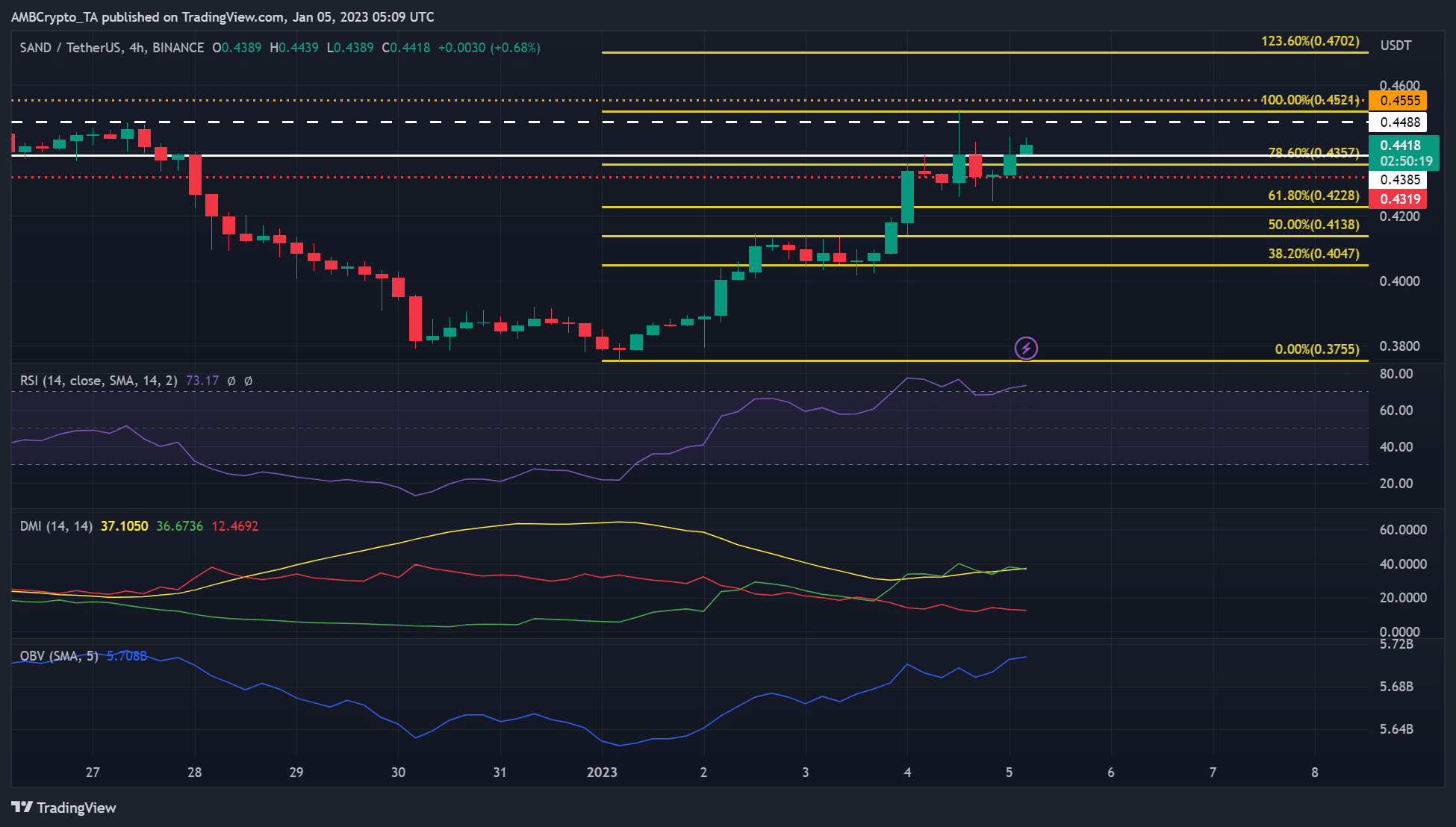 At press time, the indicators on the four-hour charts showed an extremely bullish SAND. For example, after a slight pullback, the Relative Strength Index (RSI) was back in the overbought territory. This indicated that buying pressure remained strong.

The Directional Movement Index (DMI) is further evidence of the strength of buyers in the market. Buyers had the upper hand at 36 points, while sellers were at 12 points. Still, there was a slight downward trend on the buyers’ side, which may indicate a slight decline in buying pressure.

If the momentum continues, SAND could rise and reach $0.4524 again. Risk-averse traders can take profits at this level.

However, a break below the immediate support at $0.4319 would invalidate the above bias. Such a downside move could find new support at the 61.8% Fib level of $0.4228.

How many SANDs can you get for $1?

The seven-day Market Value to Realized Value (MVRV) ratio was positive, according to Santiment. This showed that weekly SAND HODLers gained over 5%. However, monthly, quarterly, and annual hodlers suffered losses.

SAND’s outlook also improved as weighted sentiment remained positive, and the number of active addresses increased, which could indicate a possible increase in trading volume in the near term.

If the momentum continues, SAND could reach $0.4524 again. Nevertheless, the overbought condition of the RSI is ripe for a price reversal, and investors should keep an eye on it, along with the movements of BTC.

Ethereum: Despite the current drawback, can whales help ETH soar?