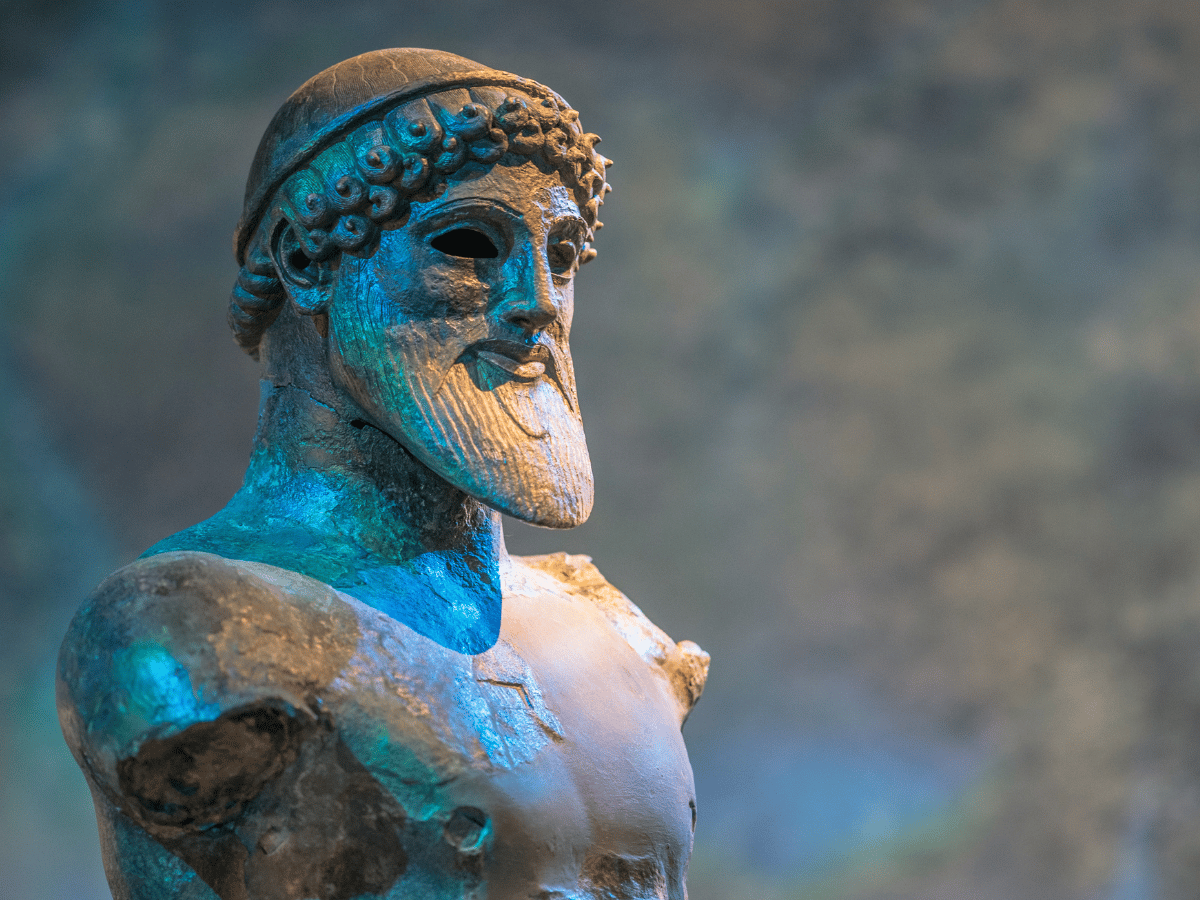 Solana [SOL] seemed to have fought its way out of its recent slump. While it dubbed itself the “fastest blockchain in the world,” its speed since 26 August was only towards an uncontrollable price plunge.

Interestingly, the SOL current trend looks like “we’re back up” as the coin grasped a 7.89% uptick according to CoinMarketCap data.

While it has failed to reach $36.31, SOL has been able to reclaim the $32 mark. The upturn in price did not come with accompanying reasons since the rise in development activity was unable to help achieve an uptick earlier.

The development activity across the Solana blockchain has taken a downturn. According to Santiment, the value had dropped to 14 at press time despite being 20 as of 25 August.

With this fall, it could be that the development activity recently had less impact on the SOL price.

As for the trading volume, there seems to be a resurgent interest in SOL. Santiment data revealed that between yesterday (29 August) and the time of this writing, the 24-hour volume spike has been incredible. While it was at 508.94 million yesterday, SOL’s volume surged to 921.49 million.

The rise of SOL did not just end at increasing on-chain metrics. An assessment of the price momentum also revealed positives to watch. The Relative Strength Index (RSI) showed that SOL was at a favorable buyer momentum level.

At press time, the RSI value was 52.40. At this point, the possibility of sustaining the current SOL movement was way above the options of a bearish drawback.

In addition to the RSI, the Chaikin Money Flow (CMF) seems to align with the volume pump stated initially.

The CMF was largely above the zero point, with its value at 0.19. At this level, the CMF reflected that SOL buyers were in more control. 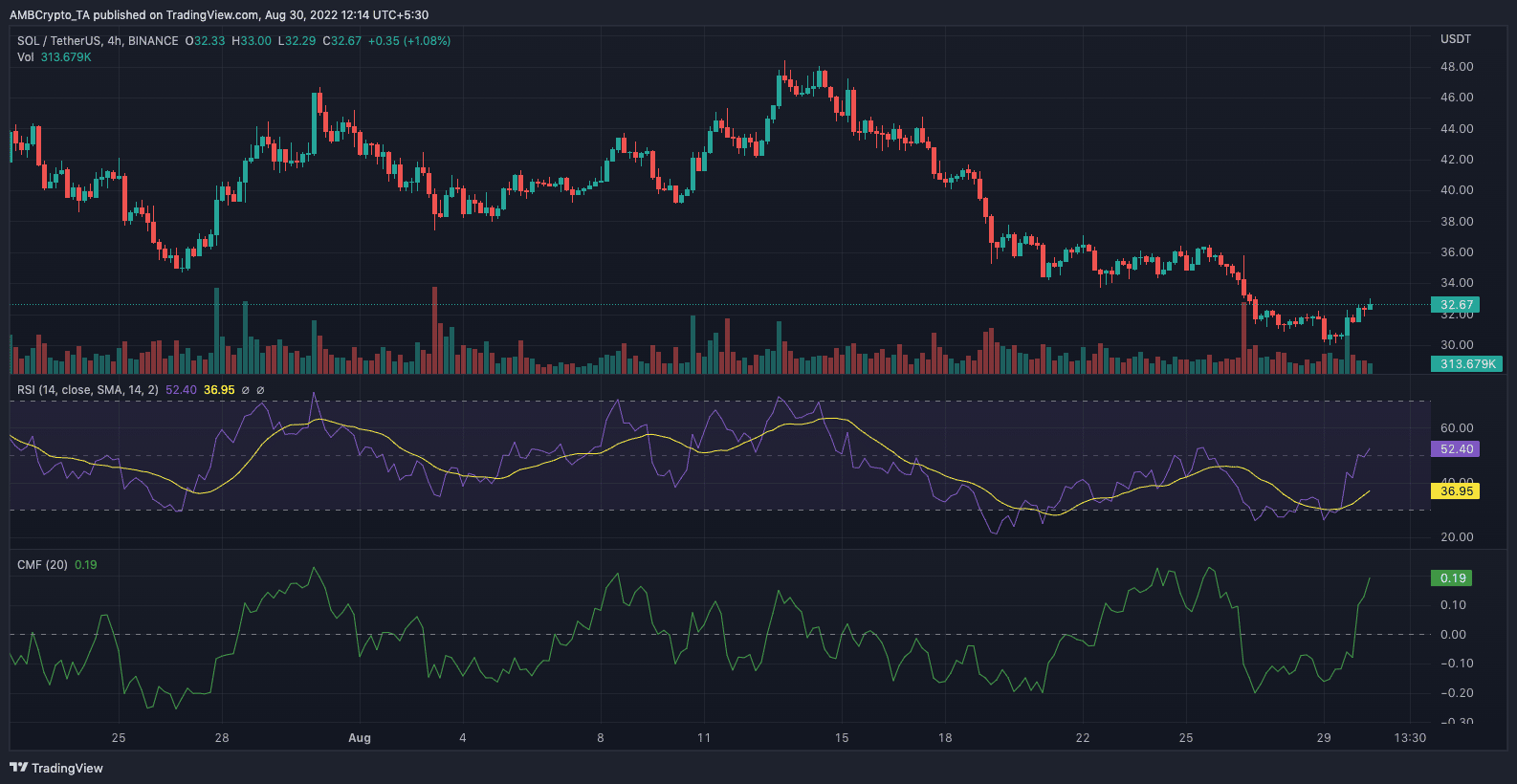 Another aspect that could have been overlooked but might have affected this uptick is the Solana NFT market. Interestingly, one collection had led the charge.

DeGods, the top-ranked Solana NFT collection, has driven the SOL interest. This is because the same team behind it was on the verge of launching another collection called “y00tsNFT”.

Billed for launch on Friday, the y00tsNFT has driven a lot of interest around the crypto community. This same hype could have contributed to why DeGods hit a new All-Time High (ATH) on 28 August, as reported by MagicEden.

Setting a new ATH in the middle of a bear market is the @DeGodsNFT way.

Congrats to the team, the holders, and the SOL community as a whole. You’re watching history in the making 🚀 pic.twitter.com/rhIDzOq5i8

CryptoSlam data showed that the collection was 58.59% down in the last 24 hours despite the fanfare.

The entire Solana NFT ecosystem was also red, with a 16.06% decline.

However, investors may need to stay calm and observe the SOL price to determine further price sustenance.

Ethereum LTH, should you be cutting losses before Merge