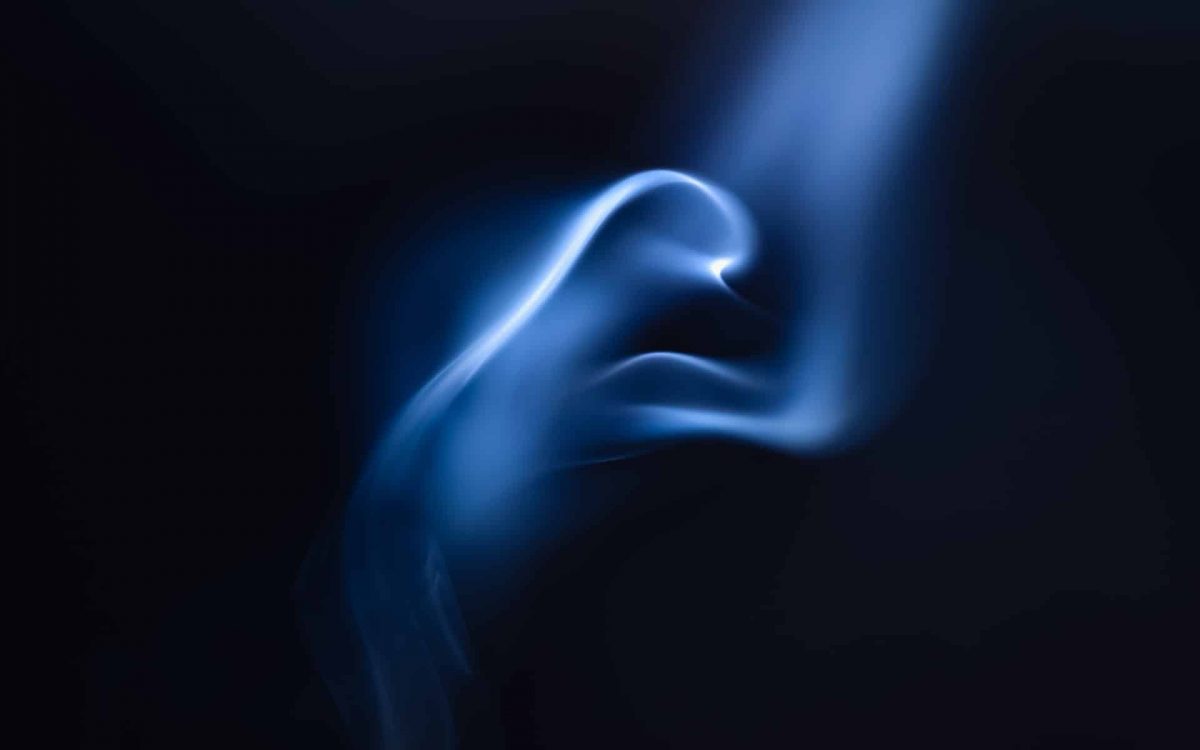 It has not been a particularly good year for Solana. With multiple downtimes, FUD surrounding FTX, and major NFT collections moving to other protocols, it seemed like Solana couldn’t catch a break.

To add fuel to the fire, recent data from Santiment suggested that its development activity came to a halt as well.

How much Solana can you get for $1?

One of the reasons for the same could be attributed to the fact that a lot of the developer activity on the Solana network had been faked. It was reported that the illusion of increasing development activity was created via artificial identities. 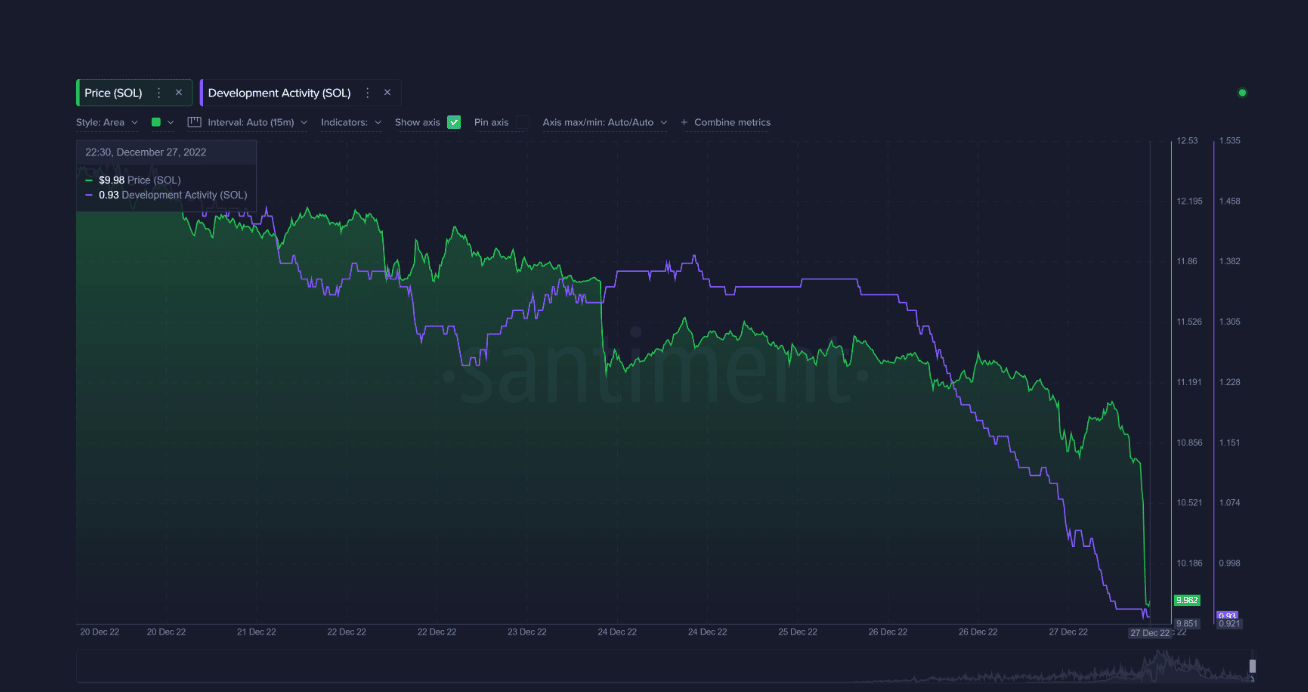 A lot at stake

Along with declining development activity, the number of stakers on the Solana network had started to decrease.

According to data provided by Staking Rewards, the number of stakers on the Solana network decreased by 29.7% in the last 30 days. A majority of the stakers started to leave the network after the 22 December despite them getting a total reward rate of 7.33%. 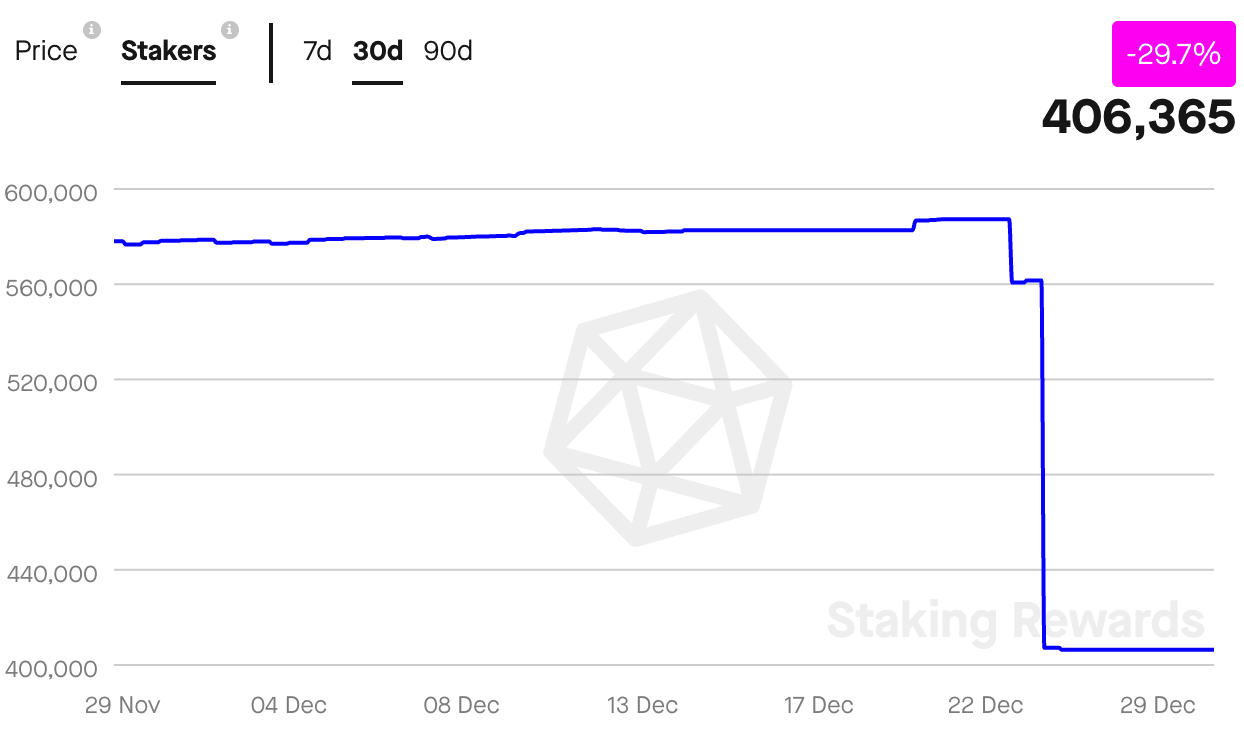 Things were not looking good for Solana on the DeFi front too. Over the last week, Solana’s TVL continued to drop further and fell from 41.86 billion to $38.89 billion.

The inability to improve in the DeFi space affected the revenue collected by Solana. According to the token terminal, the revenue generated by Solana decreased by 32.4% in the last month.

Well, the overall revenue generated by Solana was 1.7 million at press time.

A look on chain

However, despite the negativity around Solana, there was a spike observed in its volume. Based on information gathered by Santiment, it was noted that Solana’s volume increased over the past week. Since the 22 December, Solana’s volume went from 162 million to 391.5 million.

Even though Solana’s future looks bleak at the moment, there are still some projects that are being actively built on the Solana network. This simply suggests that there are still communities that have faith in Solana.

It is yet to be determined whether the support from a few projects will be enough to resurrect Solana and its prices. At the time of writing, SOL was trading at $9.46 and its price fell by 5.69% in the last 24 hours.