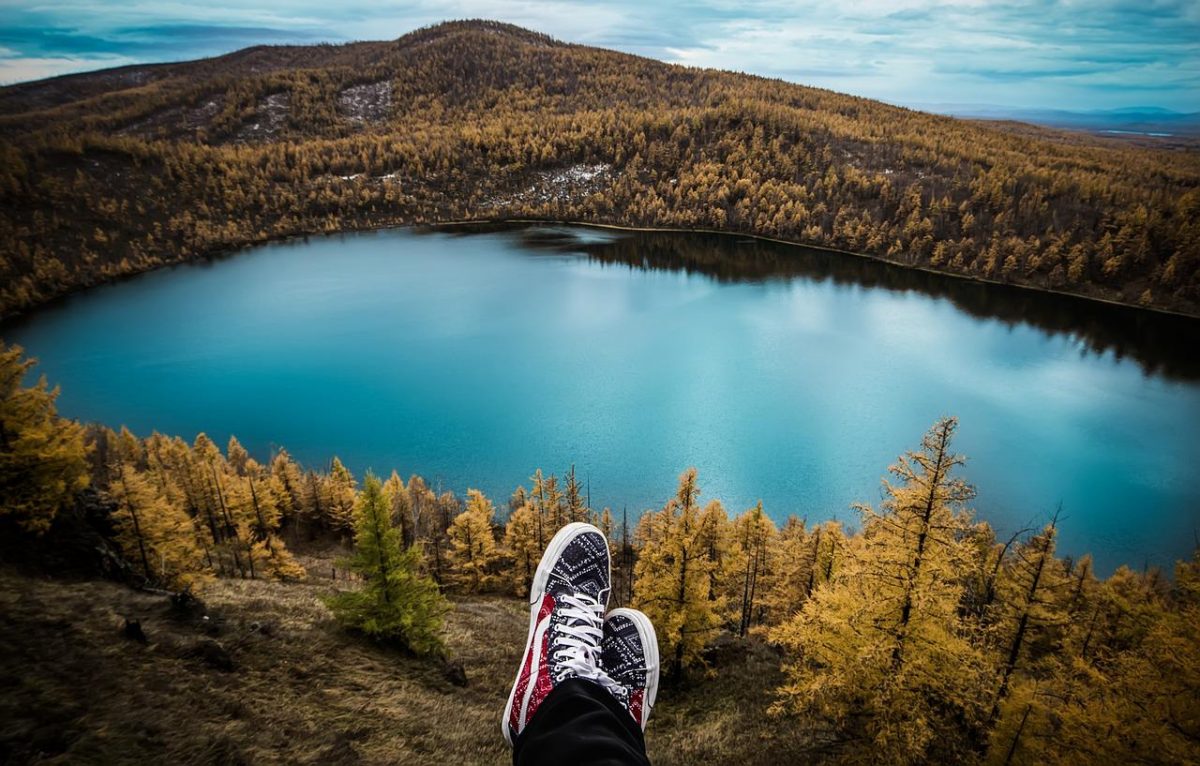 Many crypto projects have recovered from the crypto winter. STEPN is another project that has shown extensive growth since June’s bottoms.

The move-to-earn gaming phenomenon has come back to life after an underwhelming couple of months. Moreover, the founders have laid out development plans for STEPN as it attempts to resurface in the crypto market.

Time to put sneakers on

STEPN’s sneaker NFTs are seeing something of a renaissance in August. The demand for these sneakers has increased significantly in the past week after tumbling in July.

As we can see in the chart below, the sales have shown a positive uptrend in the first week of August. 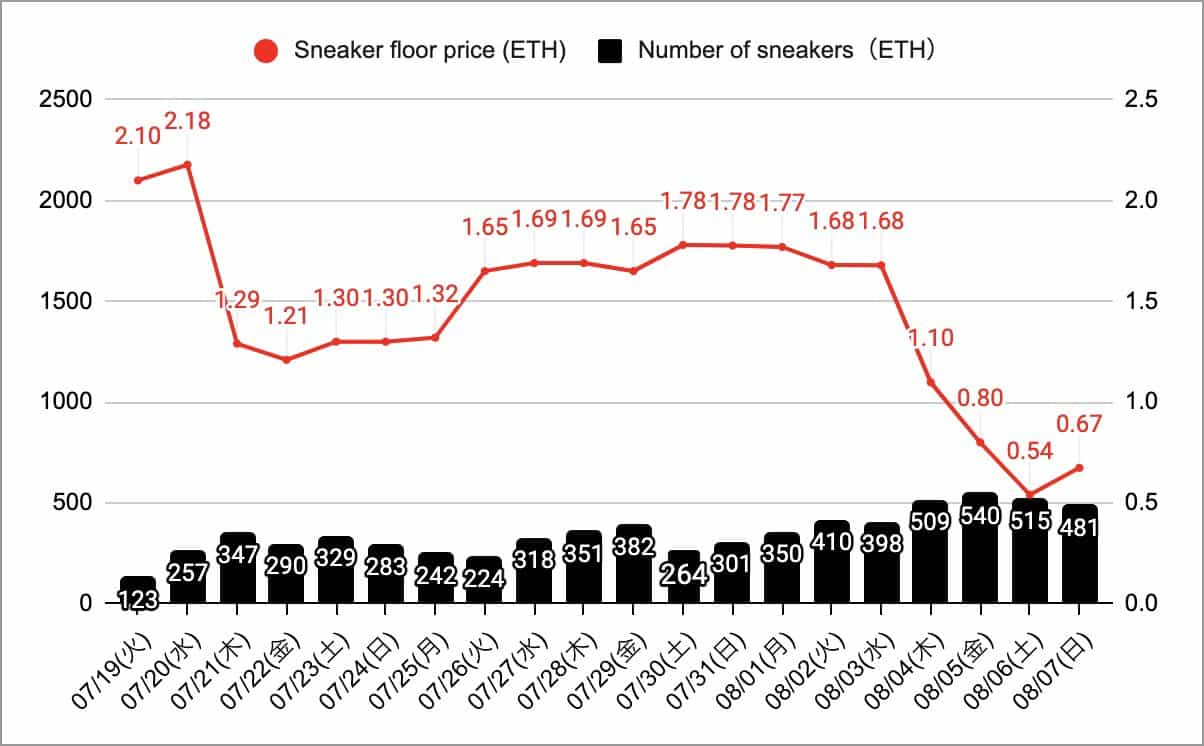 This growth could accelerate STEPN’s own expansion in the broader crypto ecosystem.

STEPN has also laid out development plans recently. It released the launch of Health Points (HP) which introduces a life span to STEPN sneakers.

On 25 July, STEPN launched the “STEPNrun Contest.” It is scheduled to be held between 25 July and 8 August and is designed to “spread awareness about STEPN!”

But that’s not it as STEPN’s GMT token is becoming popular among whales. According to Whale Stats, GMT is now in the top 10 by trading volume among the 100 biggest BSC whales in the past 24 hours.

Despite the increase in sneaker sales, daily users on STEPN have remained stagnant as shown below. Currently, new and existing users make up to 5000 on the metric here.

This falls short of the 32k user growth as on 21 June. However, a silver lining for STEPN is its ability to attract new users right now. 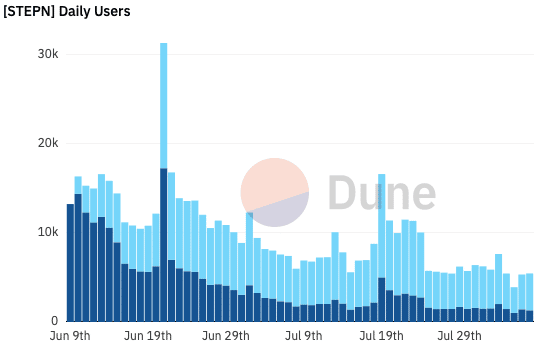 At press time, existing users were beginning to show more interest in “buying more shoes.” But their interest has dwindled down since the beginning of July.

STEPN is now faced with a concerning situation as they would have to retain existing users. For this purpose, STEPN can increase rewards for such users. While there are existing reward patterns in place, a “step-up” is expected in H2 2022. 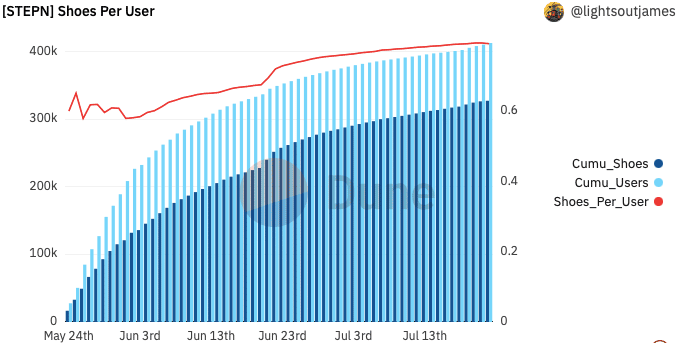 It’s here to be mentioned that STEPN has started the second half of 2022 considerably well.

As most cryptocurrencies also managed to recover, STEPN followed the pattern in a similar fashion.

The native GMT has remained somewhat unchanged since the past week.

At press time, GMT was trading at $1.01 after a 5.97% increase over the last day. Will these changes and new emerging patterns have any effect on GMT? Well, only time can answer.

Is ALGO a bigger disappointment than BTC, SHIB- Here’s the truth