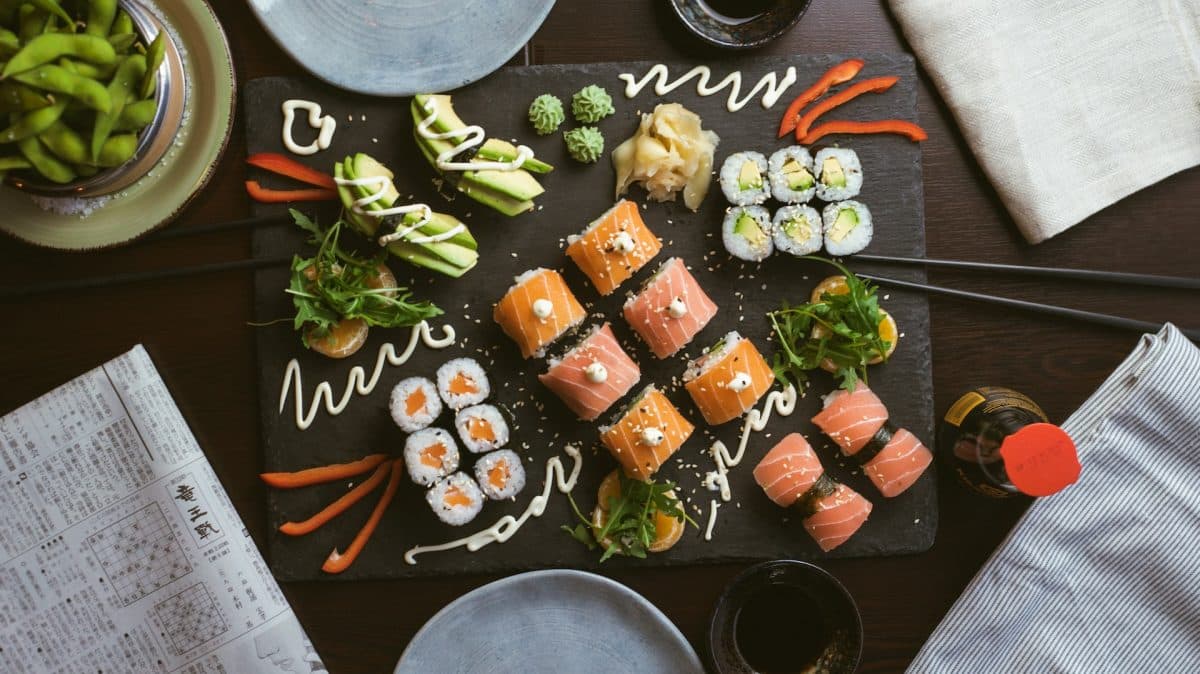 According to LunarCrush’s data, SushiSwap experienced its best hourly interaction in the past 90 days, with over nine million users actively participating.

The election of a new “head chef,” or chief executive, by the decentralized autonomous organization (DAO) responsible for the SushiSwap protocol, sparked this level of participation.

After two weeks of discussion in the Sushi DAO’s Discord, the five finalists were narrowed down to Jared Grey, co-founder of multiple crypto businesses.

As with many other decentralized finance (DeFi) protocols, SushiSwap has had a rough time over the past 12 months. According to data provided by DefiLlama, the protocol observed the total value locked (TVL) on its platform drop.

From a high of $7 billion in November 2021, the TVL dropped to a low of just a little over $500 million. Ethereum was the highest contributor to its TVL.

However, the announcement had an optimistic influence on the market. Sushi had been in the red up until the end of trade on 3 October.

Long-term resistance came in the $1.64 area, while daily support for SUSHI was seen at the $0.94 level. Still, the $1.19 price point showed signs of temporary resistance.

Price had been falling, as indicated by the trend line, but since late September, it has been moving sideways. 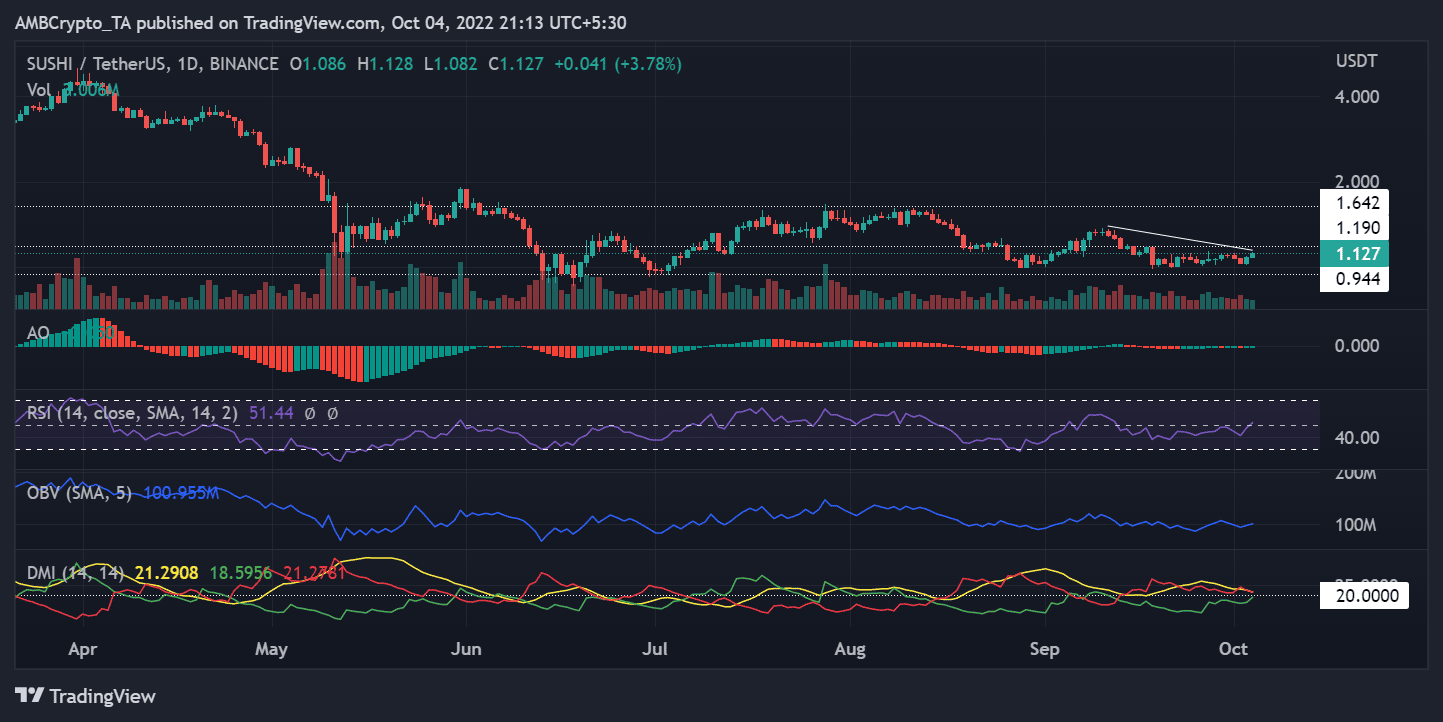 On the Directional Movement Index (DMI), the plus DI line was found to be below 20, while the minus DI and signal lines were found to be over 20.

The line also appeared just below the neutral point on the Relative Strength Index (RSI). Despite the recent price increase, both indicators verified the ongoing bearish trend in the underlying asset.

The bearish trend suggested by the RSI and DMI was further corroborated by a check of the Awesome Oscillator indicator, which showed activity under the zero line. All on the daily timeframe.

The new head of SushiSwap, in one of his first acts, fulfilled his promise to reject the $250,000 USD severance compensation. After being appointed, he tweeted that the money had been redirected to the government’s coffers for use in stimulating the growth of the network.

The new head’s focus is on developing cutting-edge DeFi solutions and restoring SUSHI’s respectable standing in the industry.

This may be good news for the alt’s pricing if the company will continue to expand and introduce new innovations that will boost the value of the stock. Prospective buyers can take advantage of the low price, while current holders can remain hopeful.

Related Topics:SUSHISushi investors
Up Next

Shiba Inu investors expecting a metaverse takeover should read this