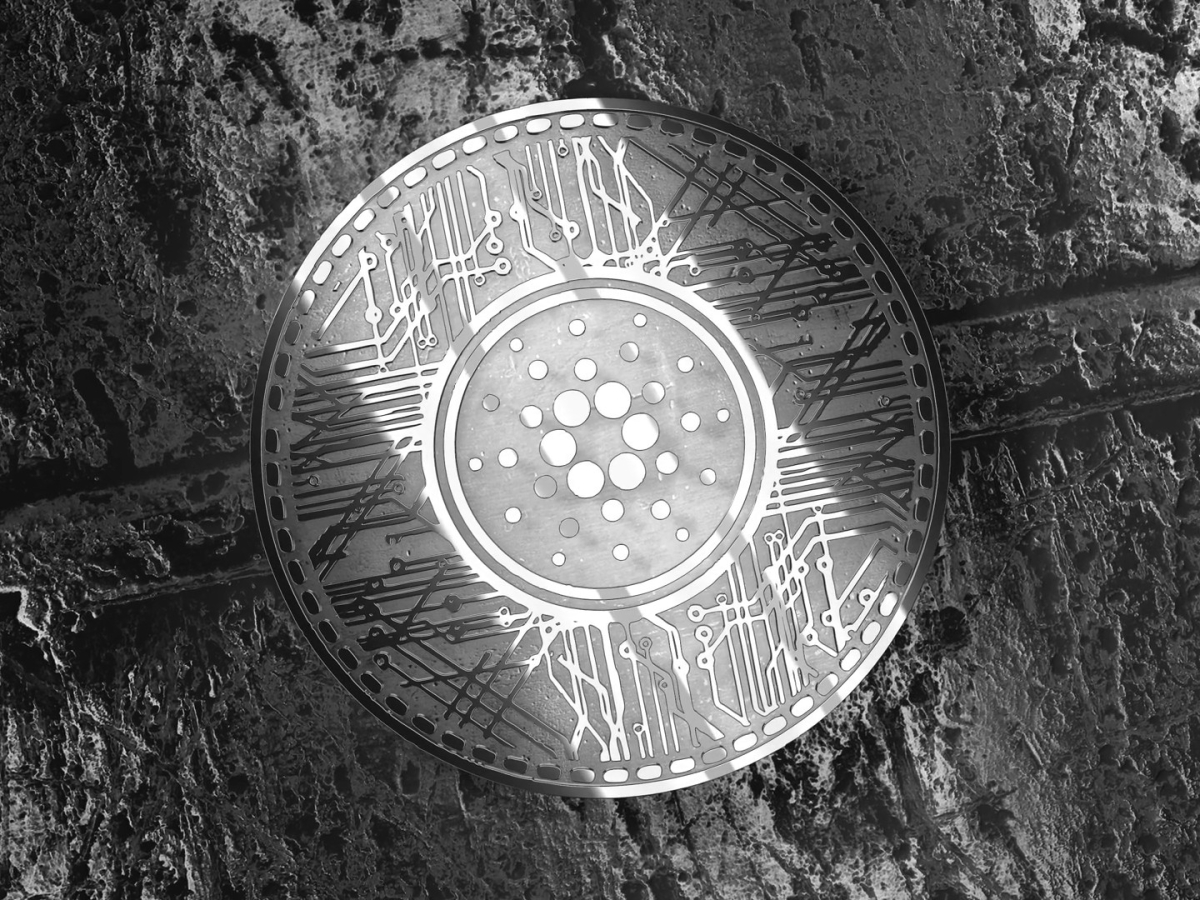 Cardano became one of the most in-demand coins this year owing to all the hype surrounding its network developments and the arrival of smart contracts. But as soon as they arrived, the Cardano market has slowed down.

Even though most of the crypto market rallied this month, ADA didn’t. This is where it gets concerning.

Cardano on a pause?

It is said that Bitcoin’s rally usually drives the altcoin’s rally as well. Well, this month, Bitcoin has climbed by 41.48% and as of press time, it is inching closer to breaking its all-time high of $63k. At the same time, ADA happened to not follow this rally and has barely moved by -2% in 16 days. 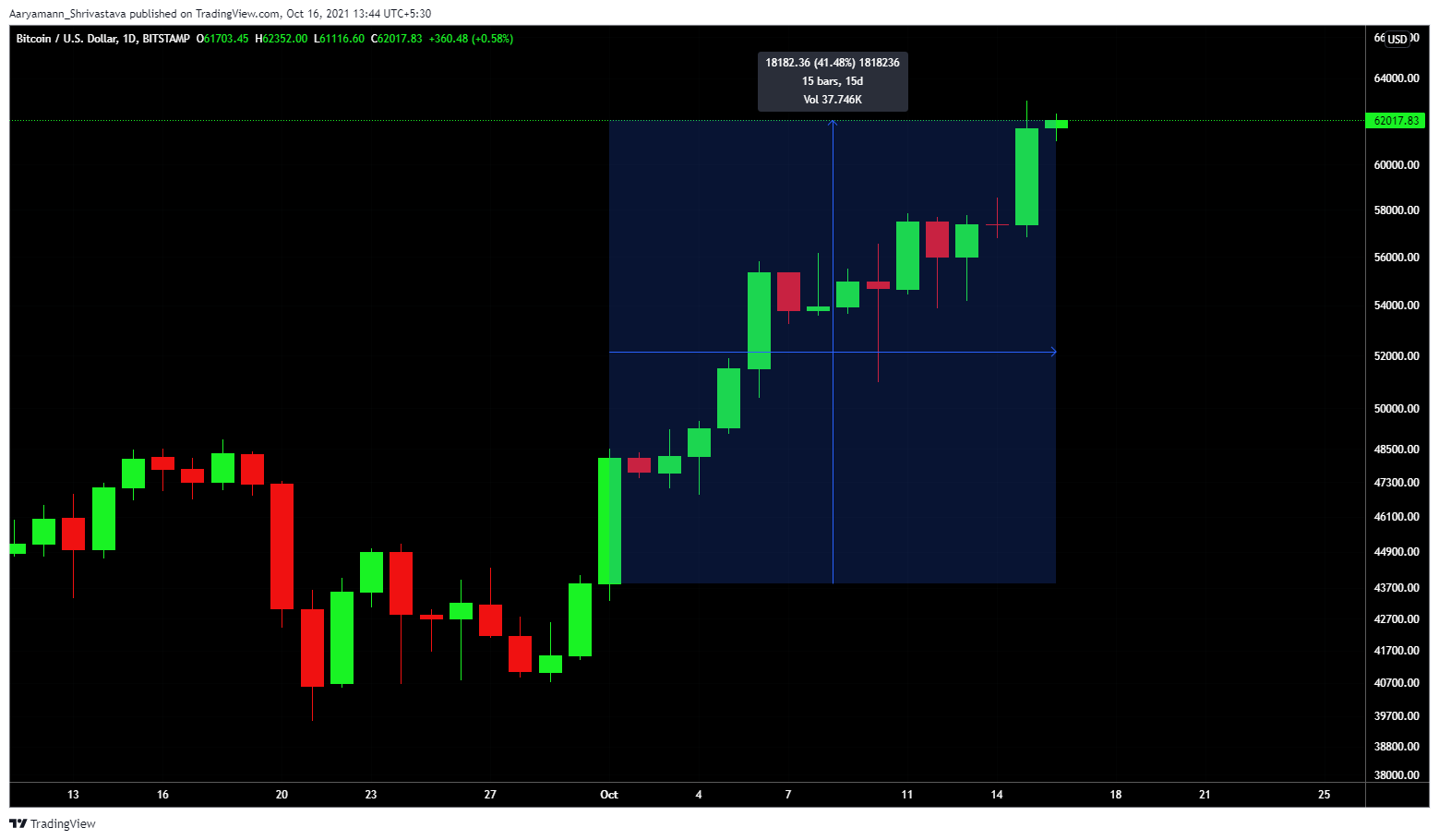 Since its correlation to Bitcoin fell to lowest in 5 months, sitting at 0.1, it makes sense why Cardano didn’t behave according to BTC’s movement. 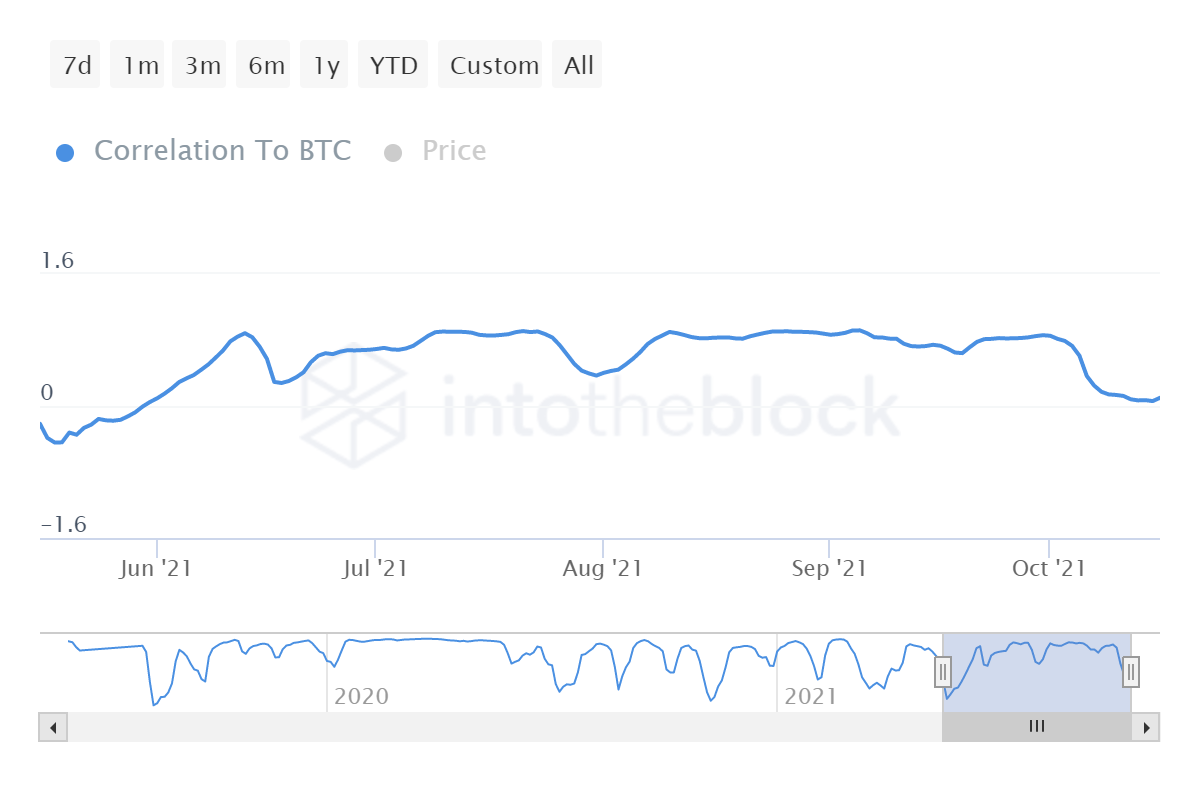 But it’s not just about its correlation to Bitcoin. Even its own network developments’ hype couldn’t do much. Its “tree plan” and the milestone of 1 million NFTs being minted on the chain, didn’t help either.

At the time of this report, the coin still continues to be stuck under the $2.34 resistance for almost a month now and ADA is only straying farther away from breaking it. 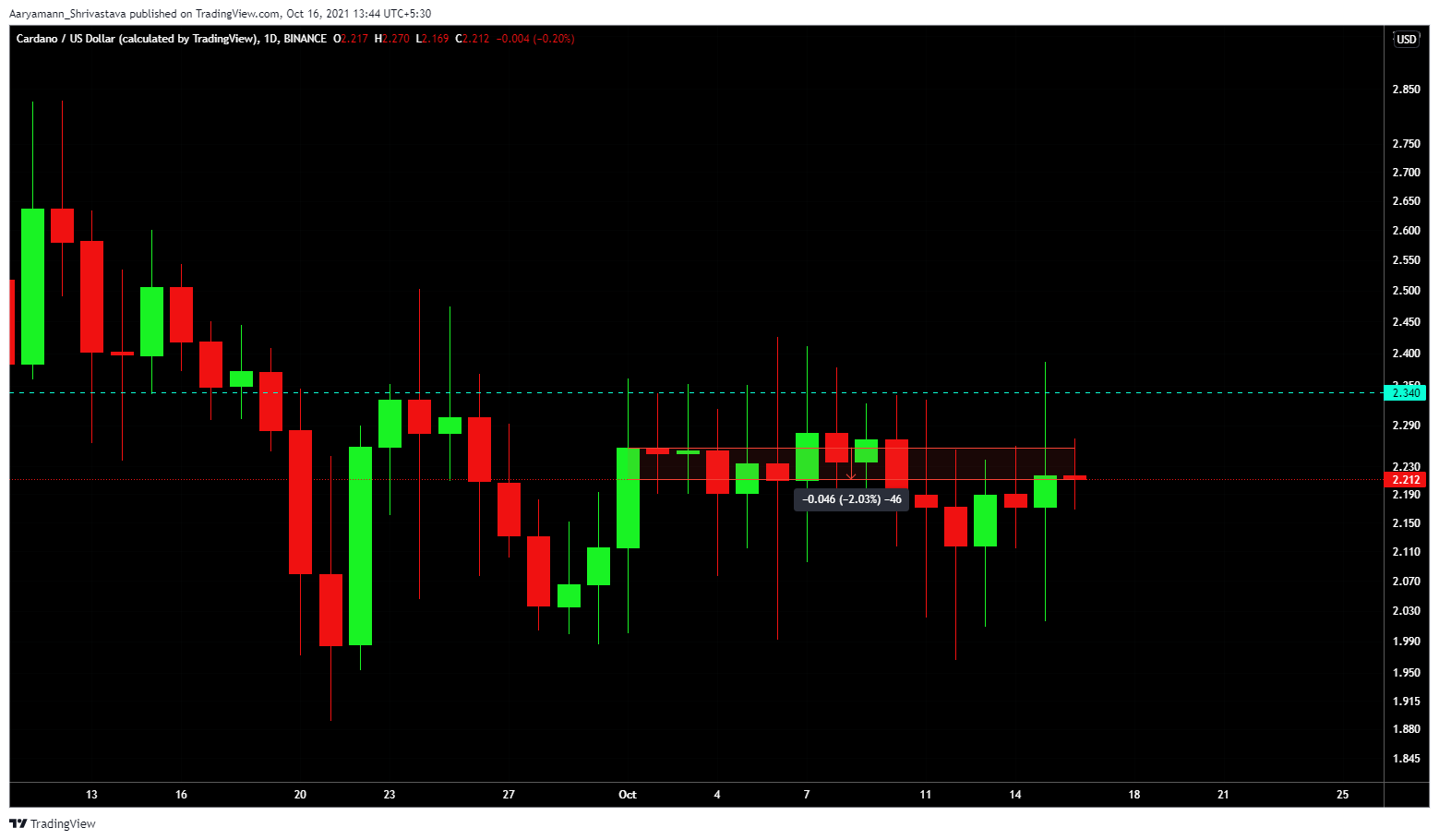 Any movement from investors?

Investors aren’t in a particularly good state either. You see usually, low volatility is a good thing as it helps minimize the price fluctuations and we see more investments. But ADA’s 62% figure is not helping right now since it needs some jolt to make a move. Hopefully, this move will be upwards. If not, this consolidation is better than losses. 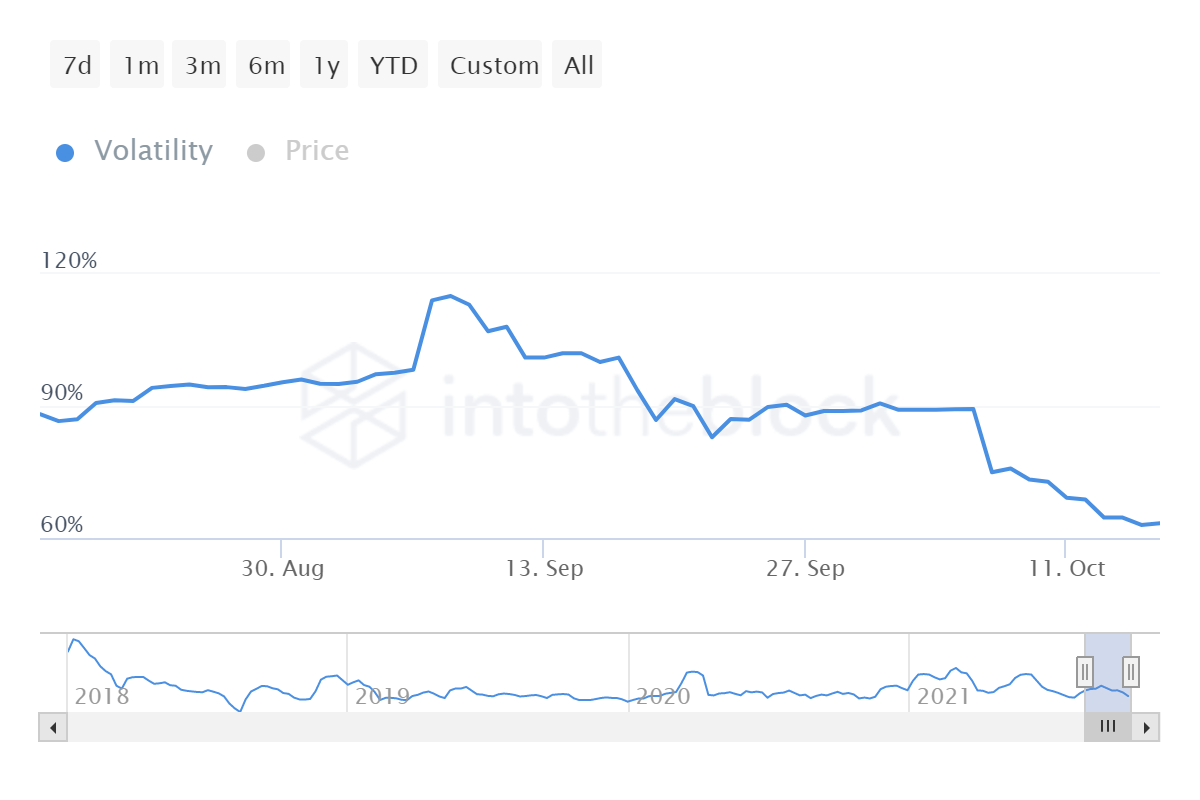 Except the problem is that the investors already are at loss.  And consequently, they are pulling out as well.

Active addresses dropped by 66.5% from the levels it was at at the beginning of October. And following that, transaction count dropped to a yearly low of 12.2k as well, despite having more than 17 million addresses on the chain. 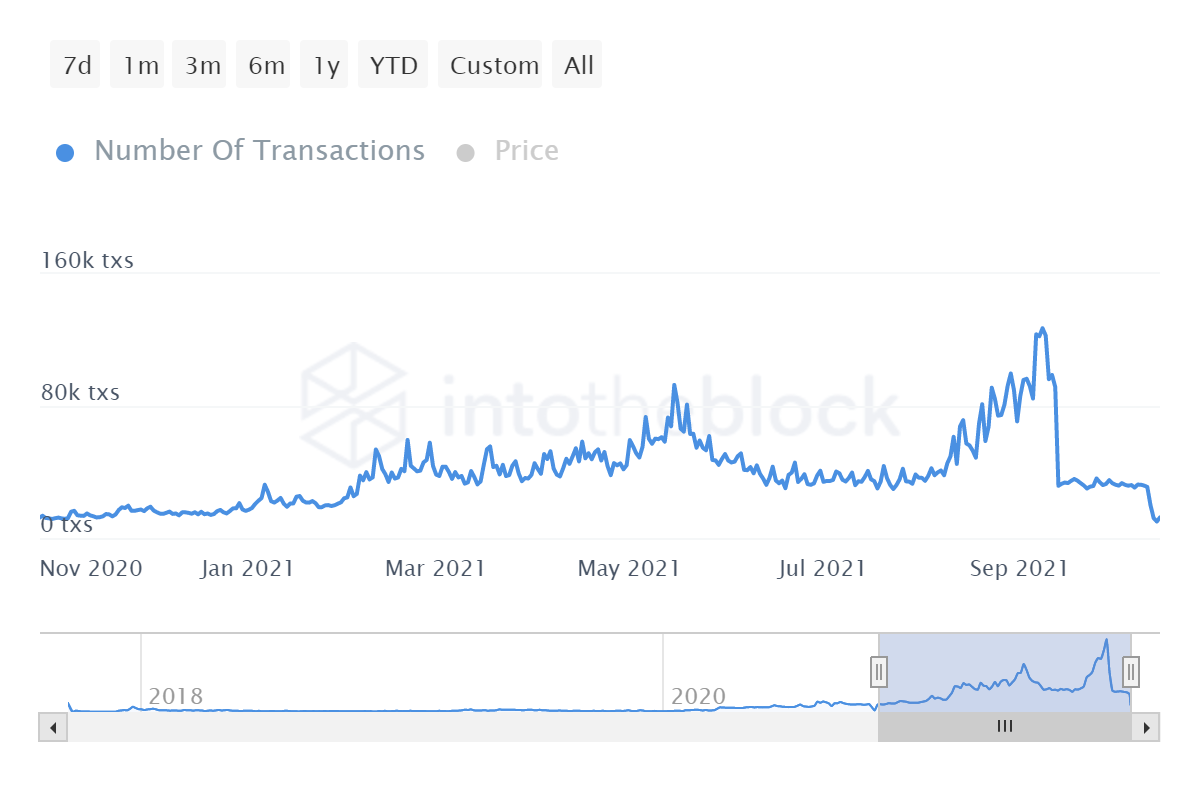 Simply put, all in all, this month is not looking good for Cardano investors or the network either. HODLing is the best option right now.

Is Bitcoin as the ‘fourth industrial revolution’ a matter of debate

This will bring stability for Bitcoin Cash going forward