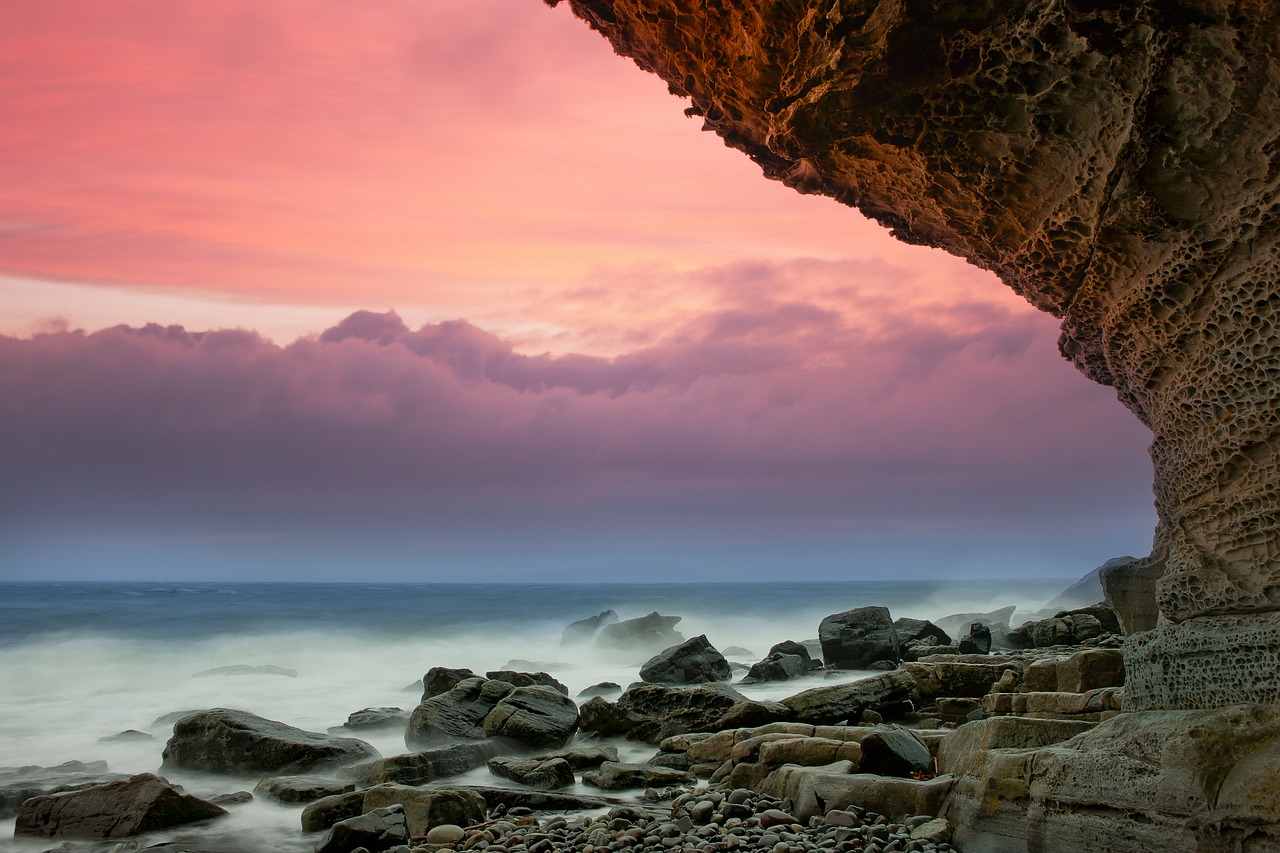 Recently, the SEC’s Gary Gensler was asked for his opinion on whether XRP is an ‘unregistered security’. While he refused to comment in-depth, he did remark that the SEC was ‘trying to do is help continue with that basic bargain’. The basic bargain being anti-fraud protection as well as full and fair disclosure to the public, from whom the money had been raised. The SEC vs. Ripple case could have huge ramifications for the crypto industry. Regarding the price movement of the token itself, the short-term outlook remained bearish. 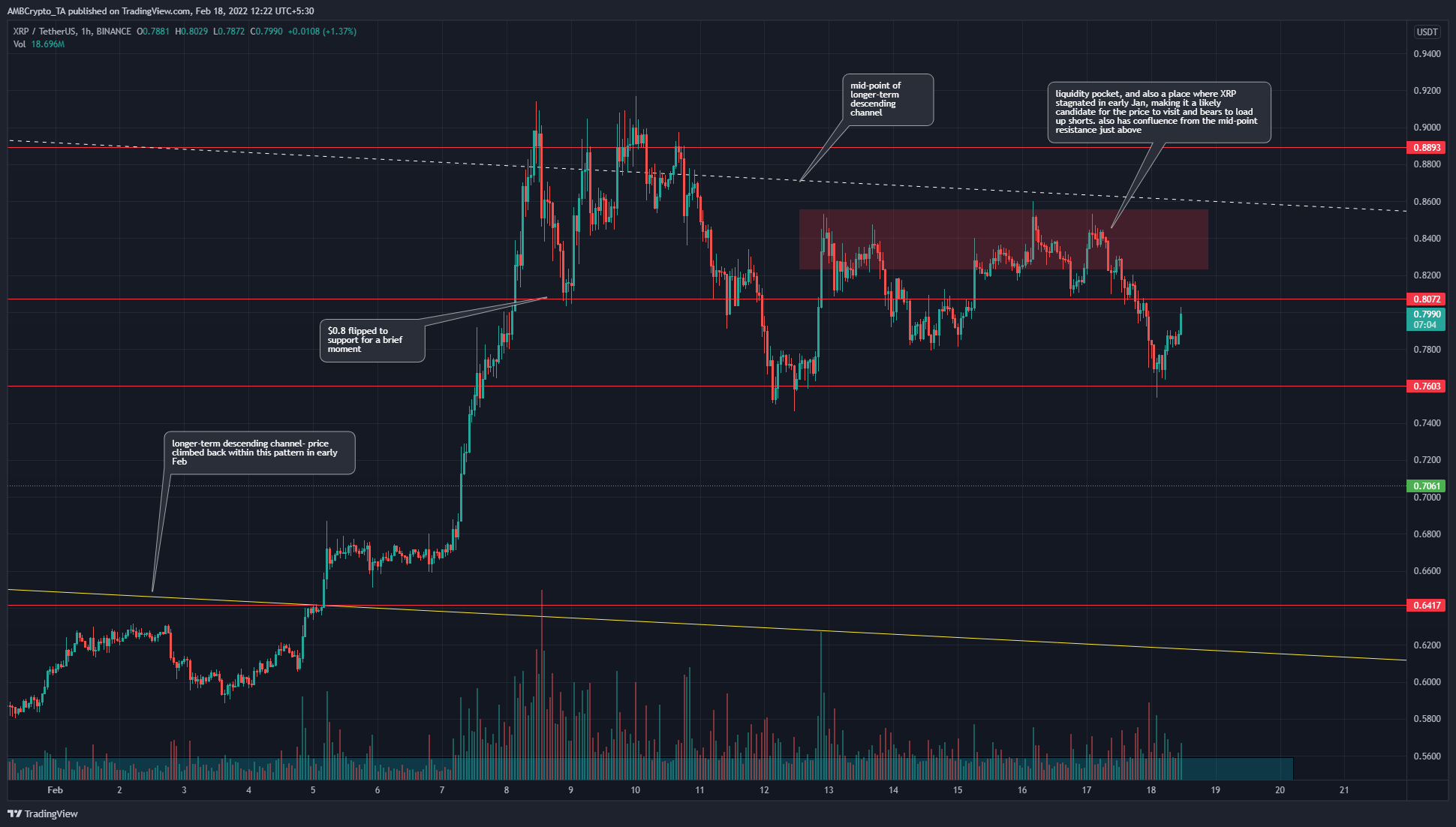 Since August 2021, XRP had been trading within a descending channel whose mid-point (white dotted) had been a significant level for months now. This level had been one of the important support levels in October. However, since late November, it has acted as strong resistance. Brief forays by the price above this level have been firmly rejected.

A similar tale played out in the past two weeks- the price appeared to climb past this mid-point at long last, although the $0.89 horizontal resistance was not claimed by the bulls. In the past ten days, the price was once more pushed beneath this mid-point and has bounced between the $0.76 support level and the $0.84 area of supply.

Therefore, a revisit to the $0.84-$0.86 would likely be a selling opportunity in the near term. 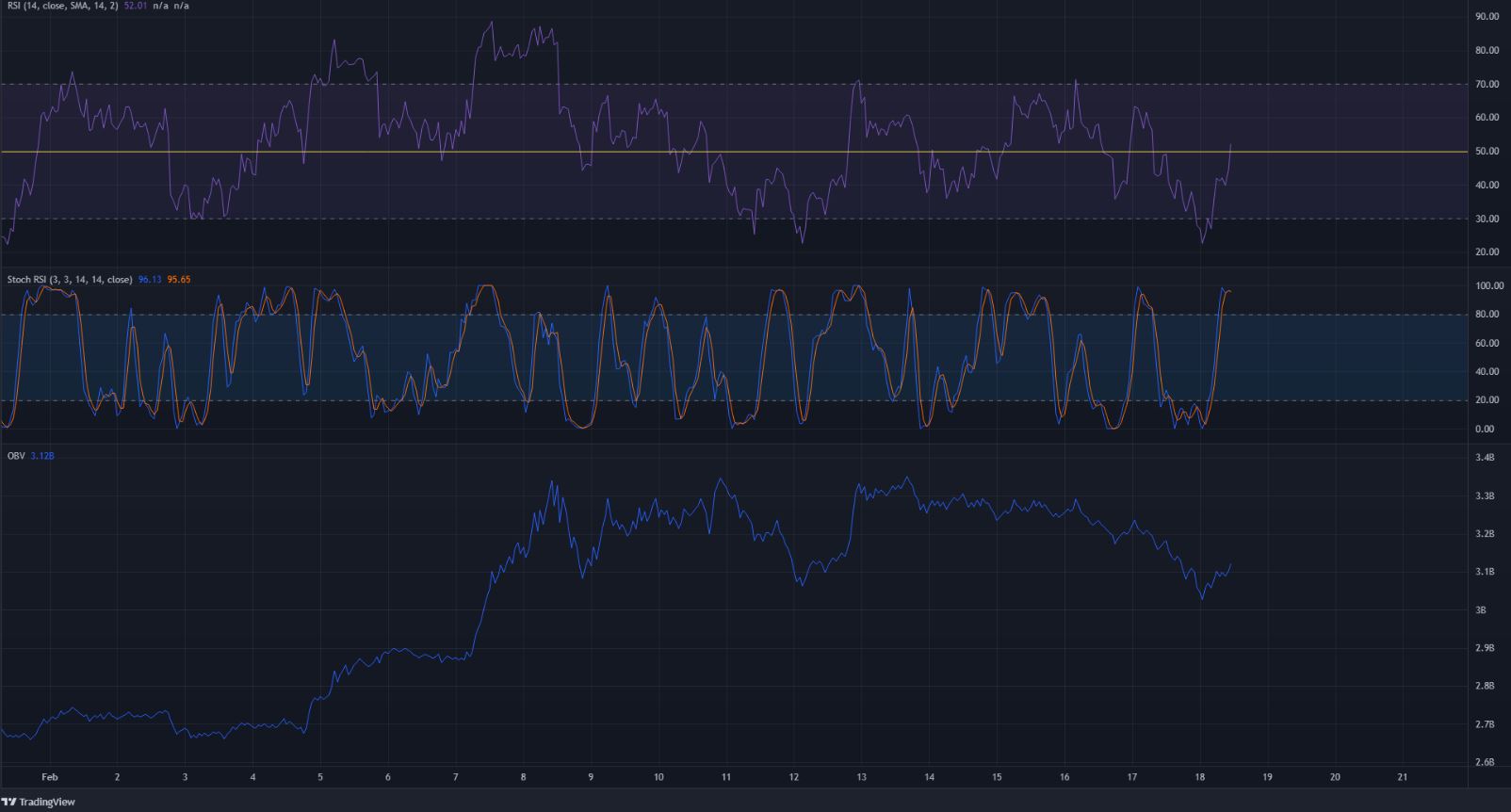 The RSI on the hourly chart was at neutral 50, while the Stochastic RSI was in the overbought area. Together, they showed that the next few hours could see XRP test the $0.8072 resistance level.

The OBV has been declining in the past few days. Interestingly, even though the price had been stagnating just beneath a major area of resistance in the past couple of weeks, the buying volume and the selling volume have been balanced in the past two weeks.

The balanced buying volume suggested that bears and bulls were skirmishing but no clear winner was seen yet. The $0.76 level saw XRP bounce in recent hours, but the $0.89 resistance level still remained strong. A bullish scenario appeared unlikely at the moment, especially since Bitcoin could drop toward $39,000 in the next few days. Even if BTC can haul itself back above $42,000, XRP would need to see strong demand to rise above the $0.89 area. Hence, $0.84 and $0.89 likely were not good places to buy XRP at.

Binance ‘concerns’ UK regulators; exchange getting too big for its boots?