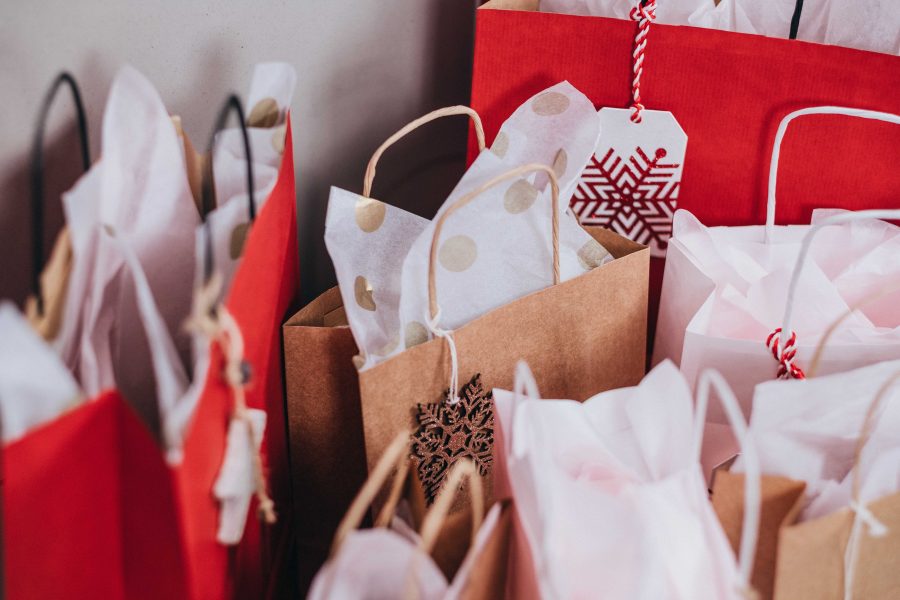 The first quarter of the year saw many positives, alongside some obstacles in the crypto-space. More than anything, what the first quarter of 2021 witnessed was the continuing trend of Bitcoin’s institutional adoption. What markets were also subjected to was high volatility – Bitcoin’s price hit an ATH above $60,000 while ETH hiked above $4000.

At the moment, however, market-wide corrections are in play, with BTC trying to consolidate above the $38,000-level.

A couple of months ago, Goldman Sachs resumed its cryptocurrency desk after getting cold feet back in 2018 mainly due to the lack of regulations. Fast forward to 2021, it opened its trading desk for cryptocurrencies and began dealing with BTC Futures contracts. Furthermore, it offered BTC derivatives to its peers on Wall Street.

Ever wondered why did GS do that?

Here’s one of the reasons…

In a recent report published by Goldman Sachs, the firm shared its analysis of Bitcoin. To begin with, the multinational bank shared a timeline of behavioral trends between 2013-2016 and 2017-2021. Alex Kruger provided the report’s screenshots on his Twitter feed.

The report itself fueled quite a few interesting reactions online, with the founder of asset management firm Aike Capital and active Crypto-Twitter commentator expressing his bullish narrative on his feed,

“If I read that report and were a nocoiner, I’d go look at the charts, recognize this as a great entry point, and go shopping. Granted, I’m not a dinosaur.”

Here’s an interesting take on Bitcoin’s activities over the said timeline, 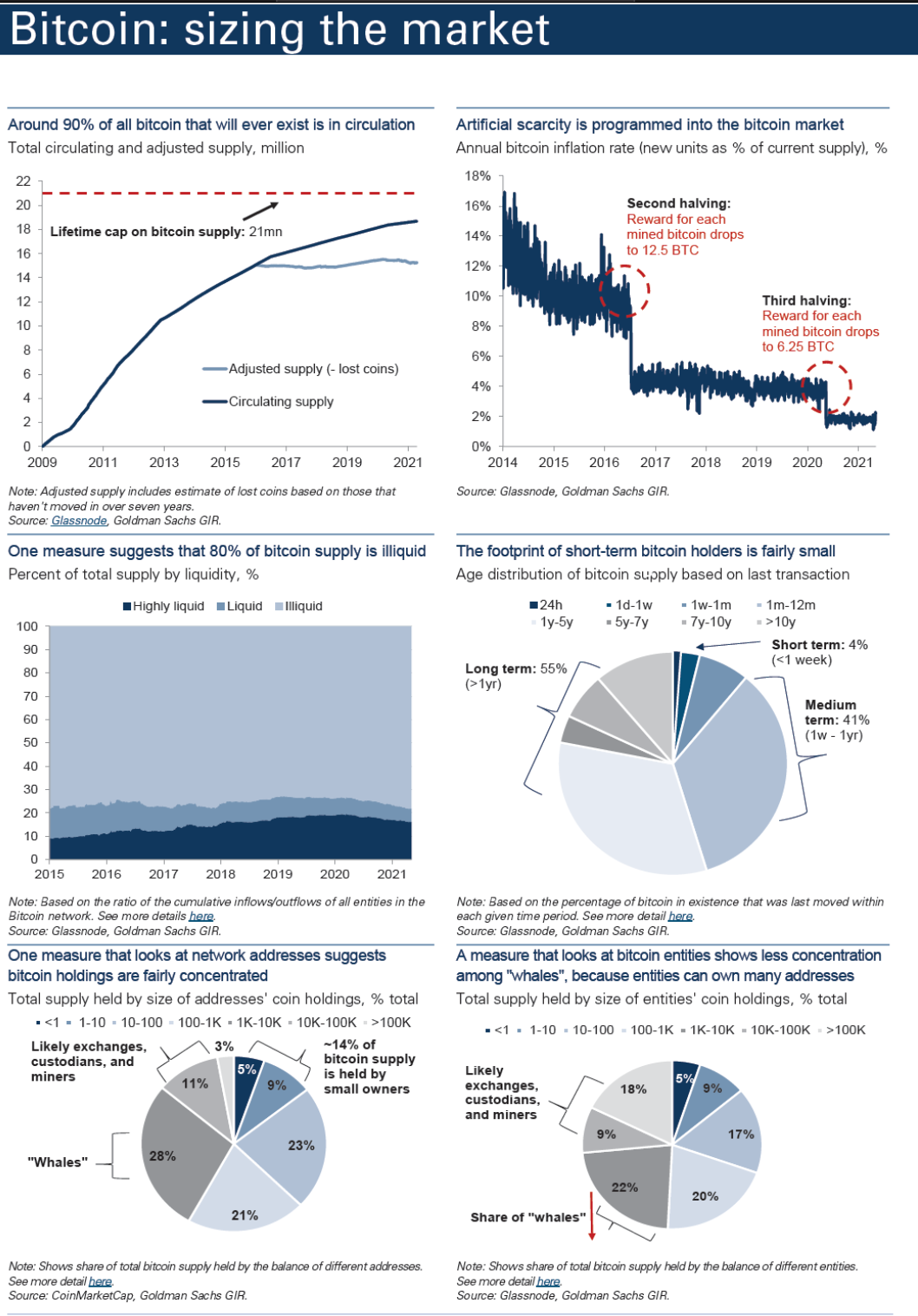 Even so, a few skeptics have questioned Bitcoin’s store of value narrative in the “real world.” However, as observed by the report, BTC’s value lies fundamentally in its use and acceptance. The same argument was reiterated by Michael Novogratz, Galaxy Investment Partners’ CEO. With regards to the massive influx of institutional interests, Novogratz defended Bitcoin’s nature following the same bandwagon.

“The world has voted that they believe it is [a good store of value].”

“Bitcoin’s scarcity is a way to hedge against inflation and currency debasement.”

As is evident from looking at the past, no matter how significant the dip has been for the flagship coin, its retracements have always pushed it to new all-time highs over time.

Having said that, the aforementioned report also analyzed BTC’s market cap over the years, when compared to alts.

The leader of the altcoin pack, Ethereum (ETH), was briefly studied as well. It saw its dominance rate rise from a mere 5% in 2017 to about 19%, at the time of writing. Here’s Goldman Sachs’ take on Ethereum, 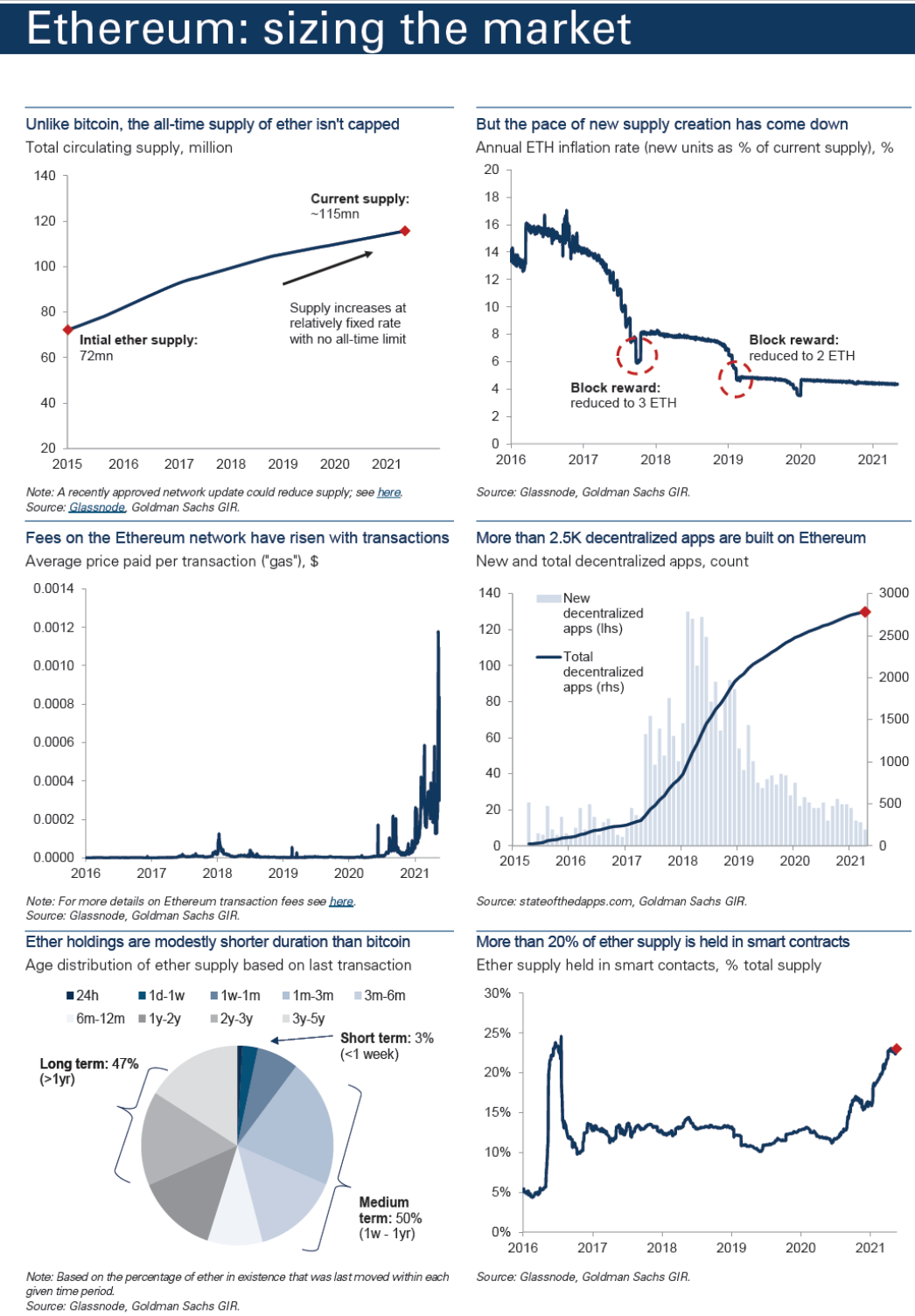