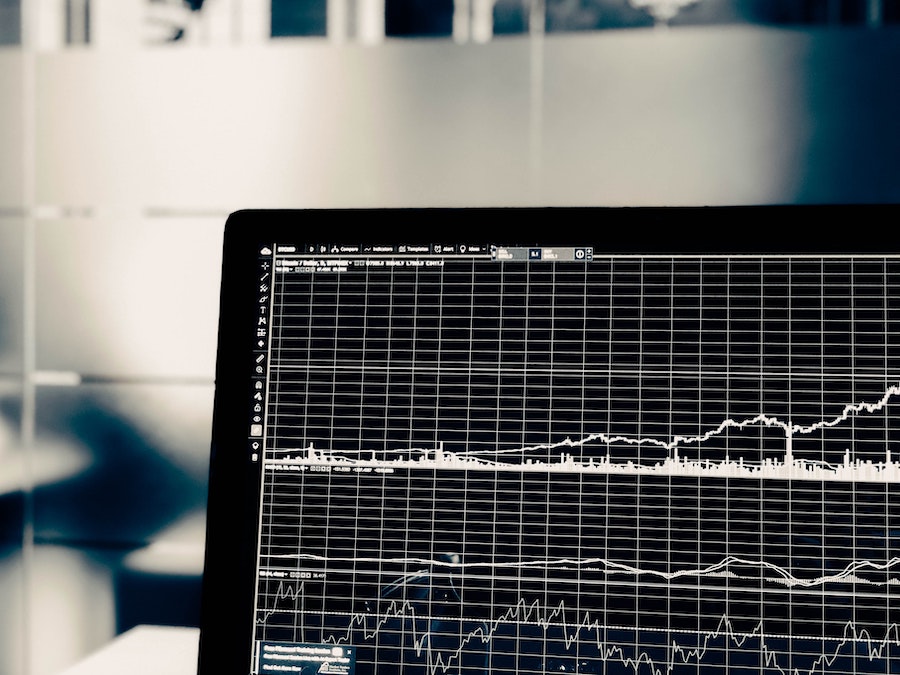 After a series of setbacks in its price action, Bitcoin, seems to be looking up again. At press time, it was trading just above the $35.5k price level with a surge of around 3% within 24 hours. Now, the questions is, will it continue its bullish momentum to reach its April ATH or perhaps even cross it? Or will, there be another period of consolidation by the end of August?

Well, this was the topic of discussion on this analyst’s twitter feed recently. The analyst and Bitcoin bull who goes by the name PlanB, took to Twitter to lay out “worst-case” scenarios for Bitcoin.

Moving on to the following month, as per PlanB’s analysis, Bitcoin’s bull phase had not ended just yet as its price could increase by more than 40% by the end of August. According to him,

“My on-chain data (color overlay in the chart below) tells me this bull is not over and 64K was not the top. That is in line with the s2f(x) model. Also, my floor indicator (not based on s2f) says we will not go below 47k Aug close.” 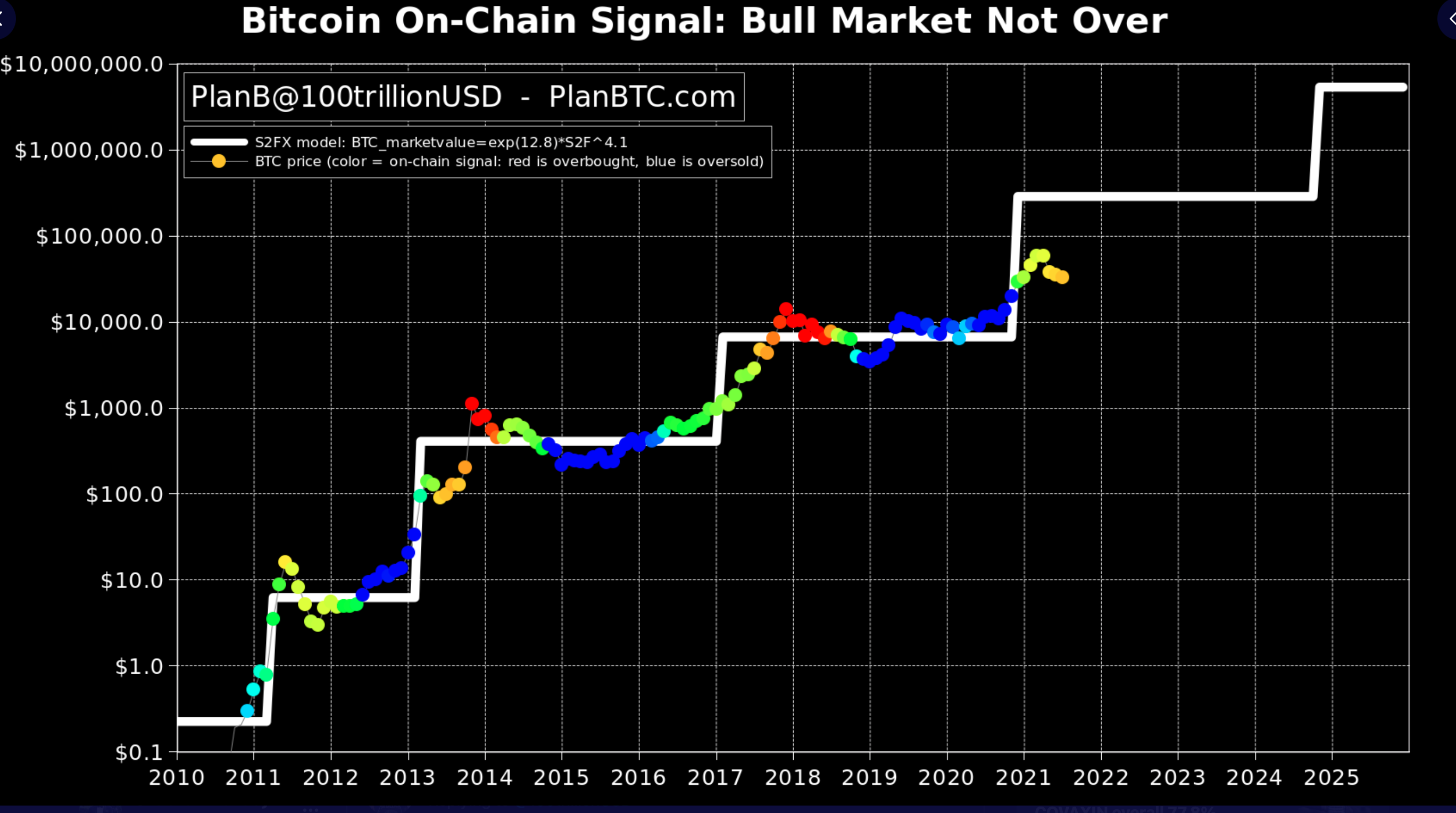 The analyst who has over 610,000 followers on Twitter, did however assert that $64,000 was not the peak of the bull run. However, coming back to the question many are asking, will Bitcoin surge higher or witness a price consolidation in the coming few months?

In a tweet dated June 3, Plan B acknowledged his hasty analysis that dismissed the idea of diminishing returns. As per this concept, each Bitcoin bull cycle gets less volatile. The same is illustrated here. 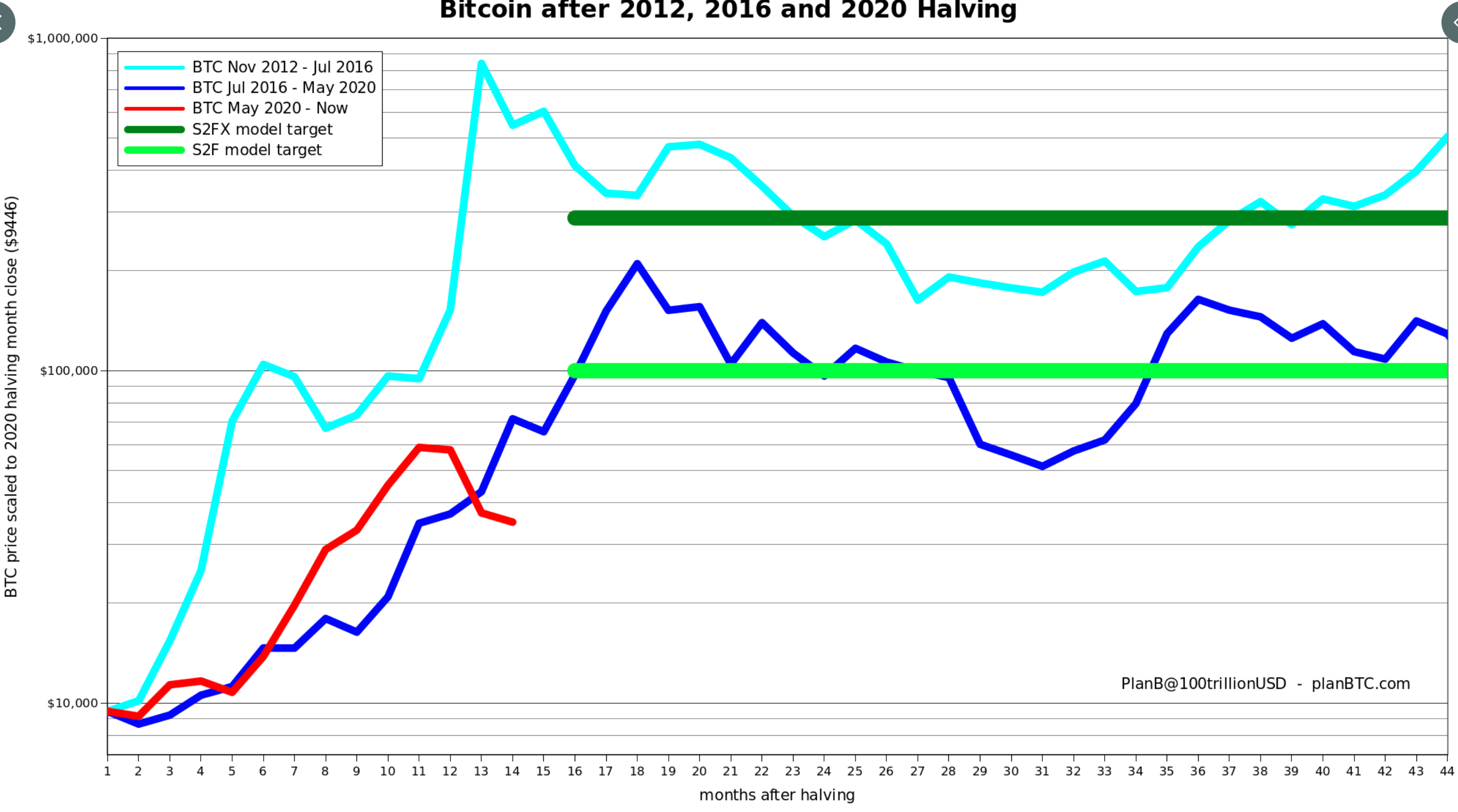 Bitcoin’s price action in the next six months will be crucial and it would be interesting to compare it with the S2F Bitcoin predictions. As things stand, PlanB laid out two scenarios for Bitcoin,

This wasn’t the first time PlanB laid out those projections. He was firm on the the $100k and $288k projected price levels in line with his S2F and S2Fx models.

‘Ethereum carries a very strong Lindy Effect’; so what does that mean for its price

‘What kind of a future’ is bitcoin looking at?