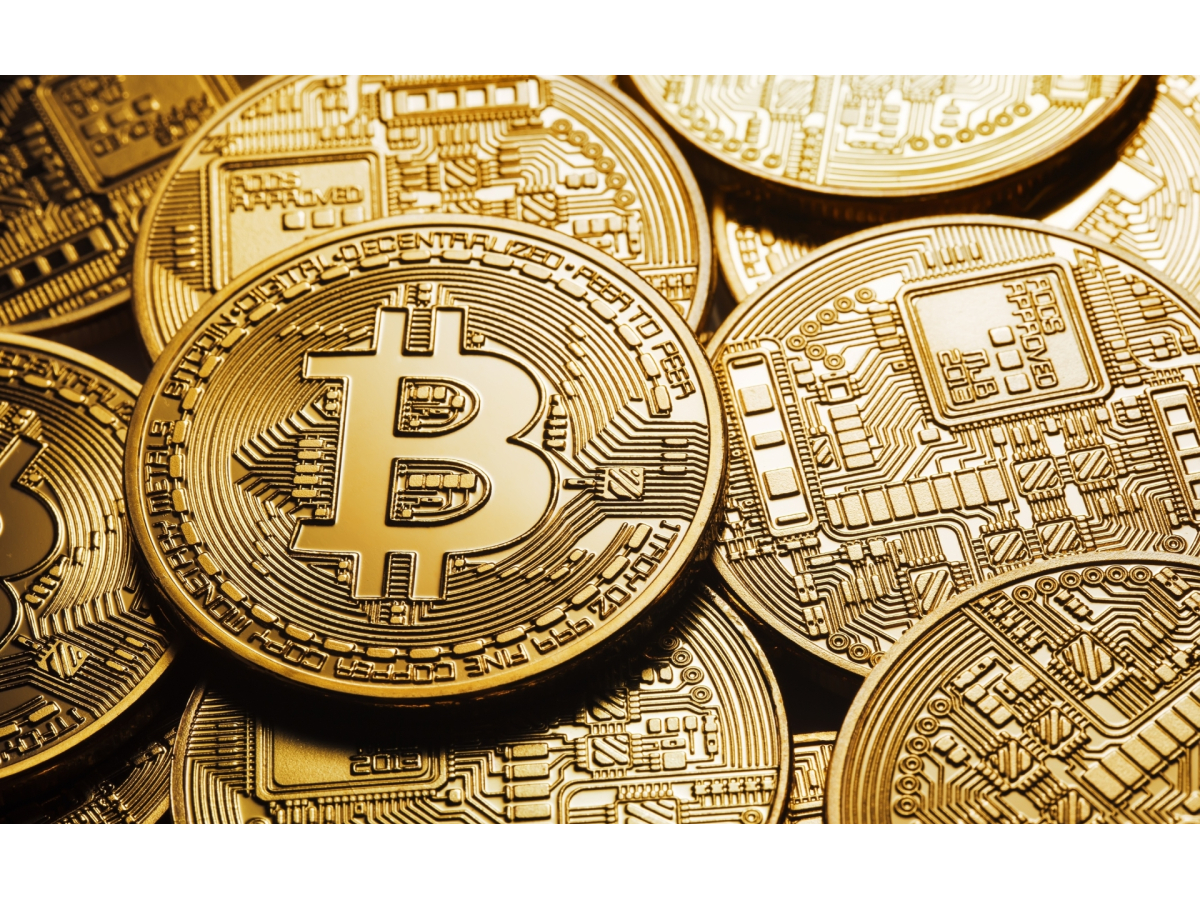 After somehow managing to cross the $52k mark in 4 months, Bitcoin fell again and is now oscillating around $45k. The price fall over the week has been significant, with the same being of some concern to investors. Not all investors, however. In fact, some of them have taken it upon themselves to protect the market from further losses.

Over the last couple of months, the accumulation trend has been strong across the market. While during the bull run many old coins were moved, at the moment, that does not seem to be the case.

Despite the latest price dip, these HODLed or lost coins just hit a 7-month high of 7.1 million BTC.

The aforementioned figure represents about 37.7% of the circulating supply. 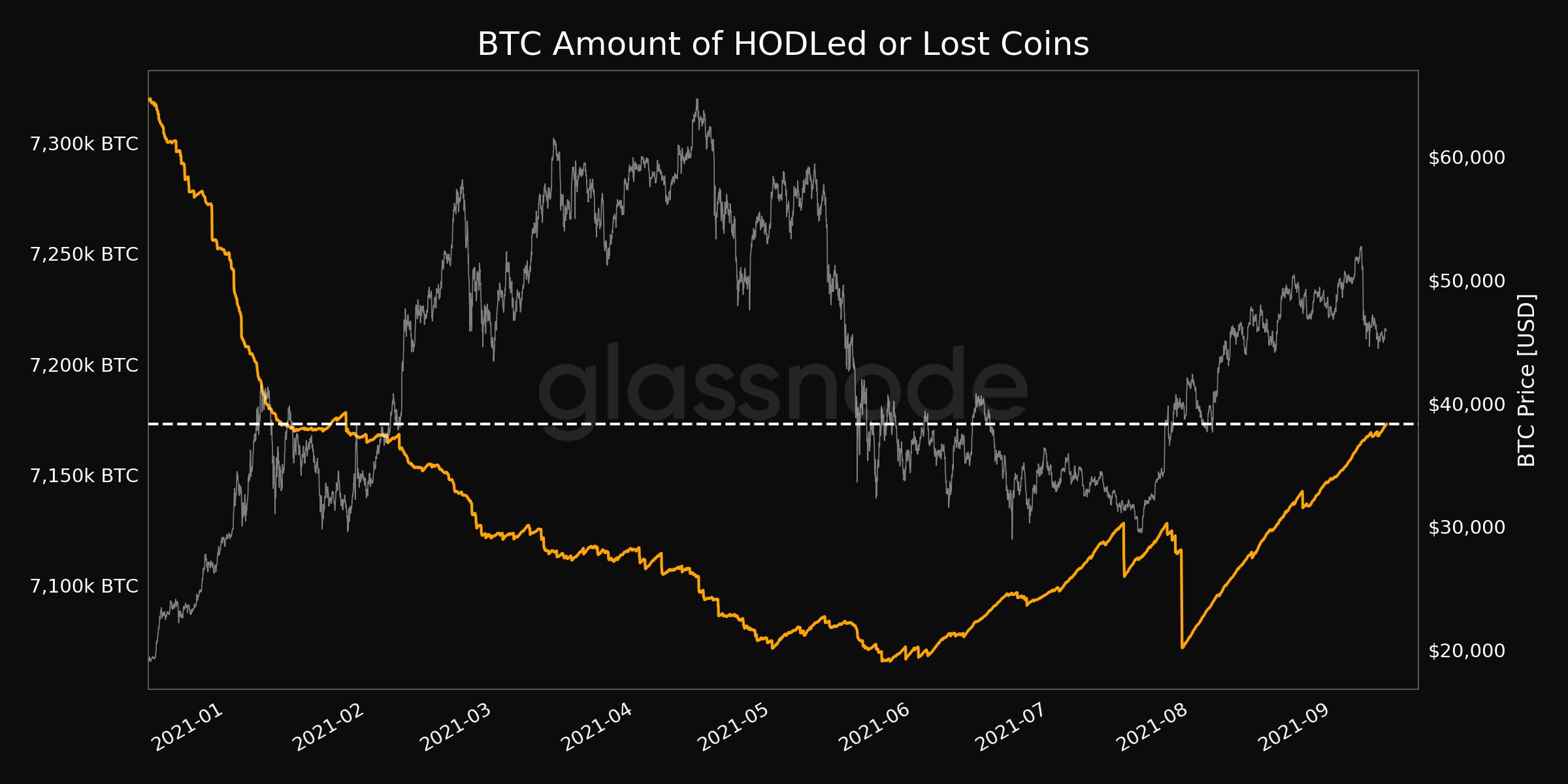 Over the week, Bitcoin’s price has fallen by 15.03%, resulting in inventors facing losses that were visible on-chain. The supply in profit fell by 5% as realized losses hit a 45-day high of $411 million. 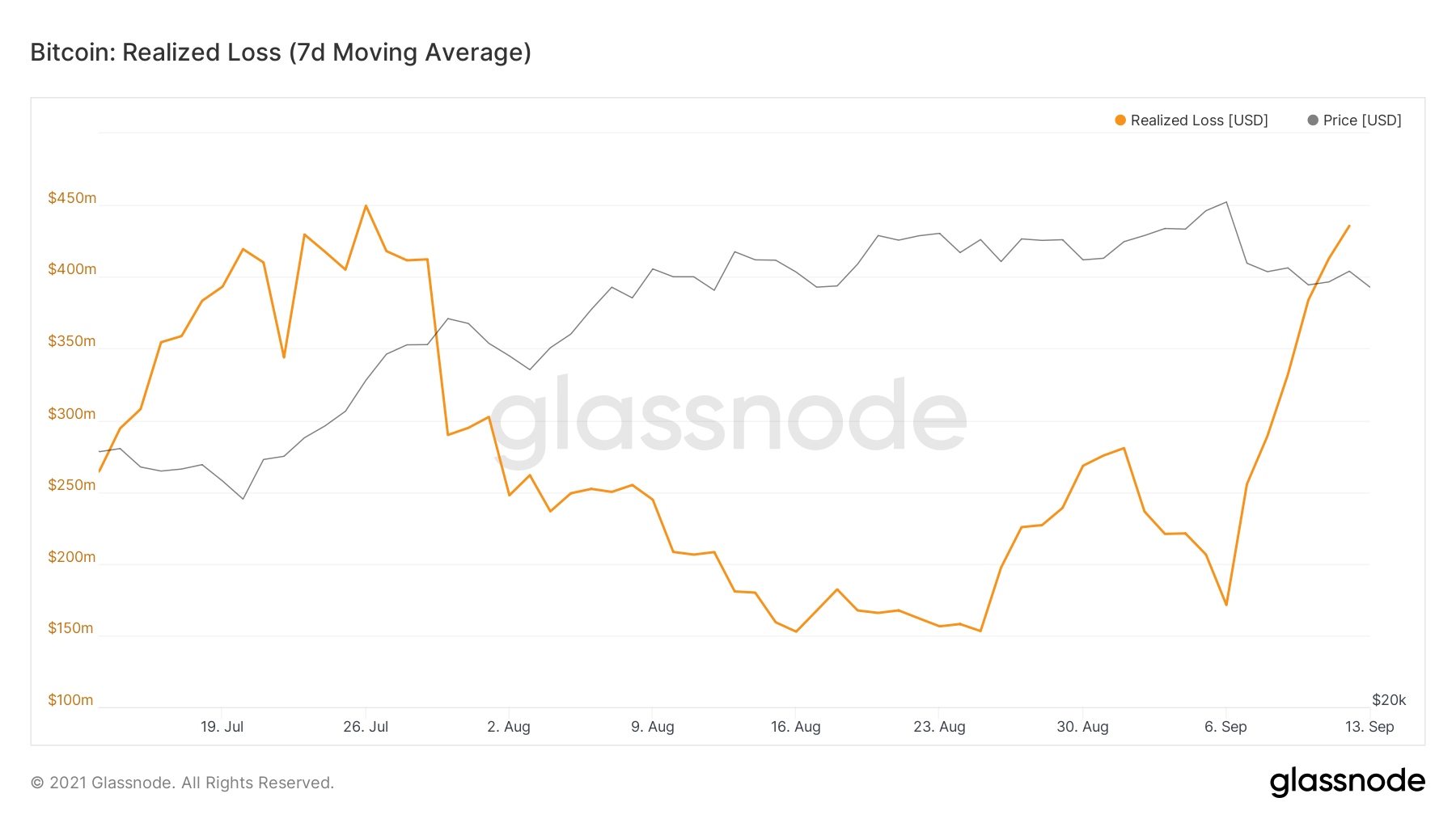 Alas, HODLers are trying their best to limit losses not only to them but to the market as well. According to HODL Waves, for instance, coins last moved between 6 months to 10+ years have hit a one-year high.

This means that 72% of all circulating supply has been consistently held by HODLers since September 2020. 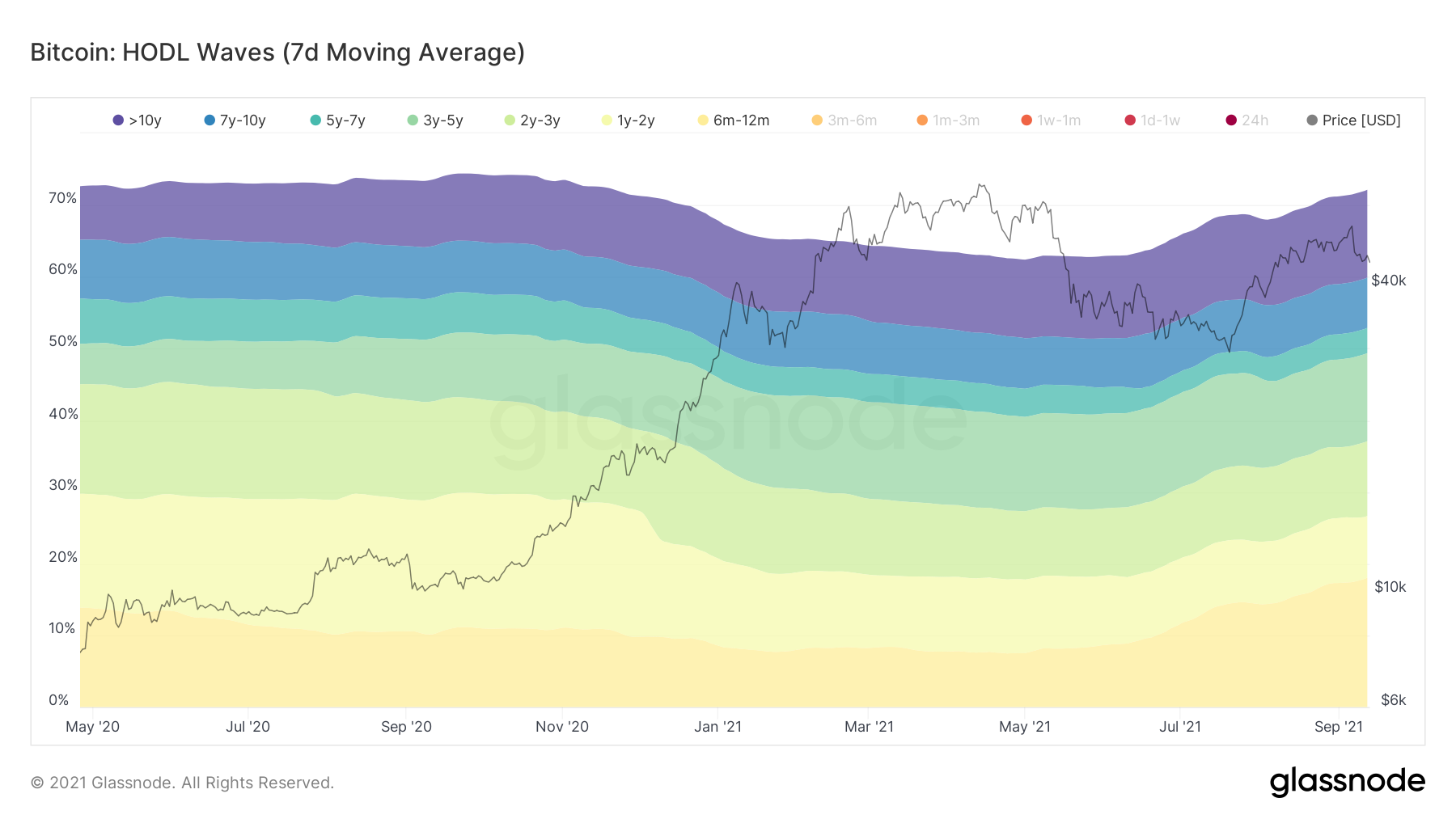 What about short-term holders?

Well, actually most of these losses were both incurred and caused by short-term traders. They sold significantly early on. But. that is now turning around as buying is once again dominating the market.

Spot volumes touched an all-time high of $9.25 billion yesterday. This is a sign that there are chances of both buying and selling.

However, looking at the statistics of the network makes it clear that buying is back in the market for short-term holders. 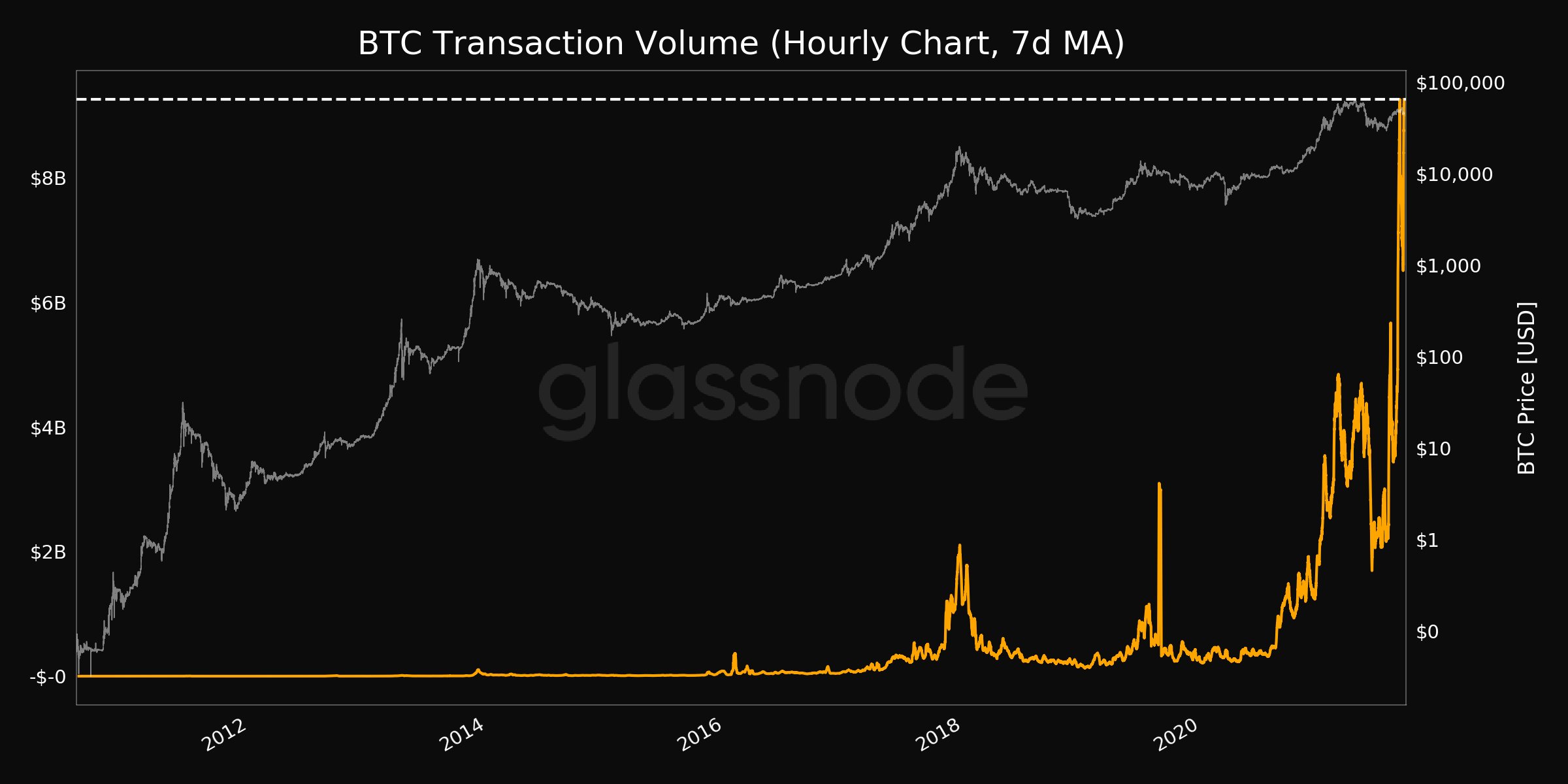 Balance on exchanges, at press time, was at a 3-year low of 2.47 million BTC too.

Additionally, net positions have already seen selling off about 19k BTC worth $847 million over the week. Even at press time. buying was dominating sell orders by over 11,000 BTC. 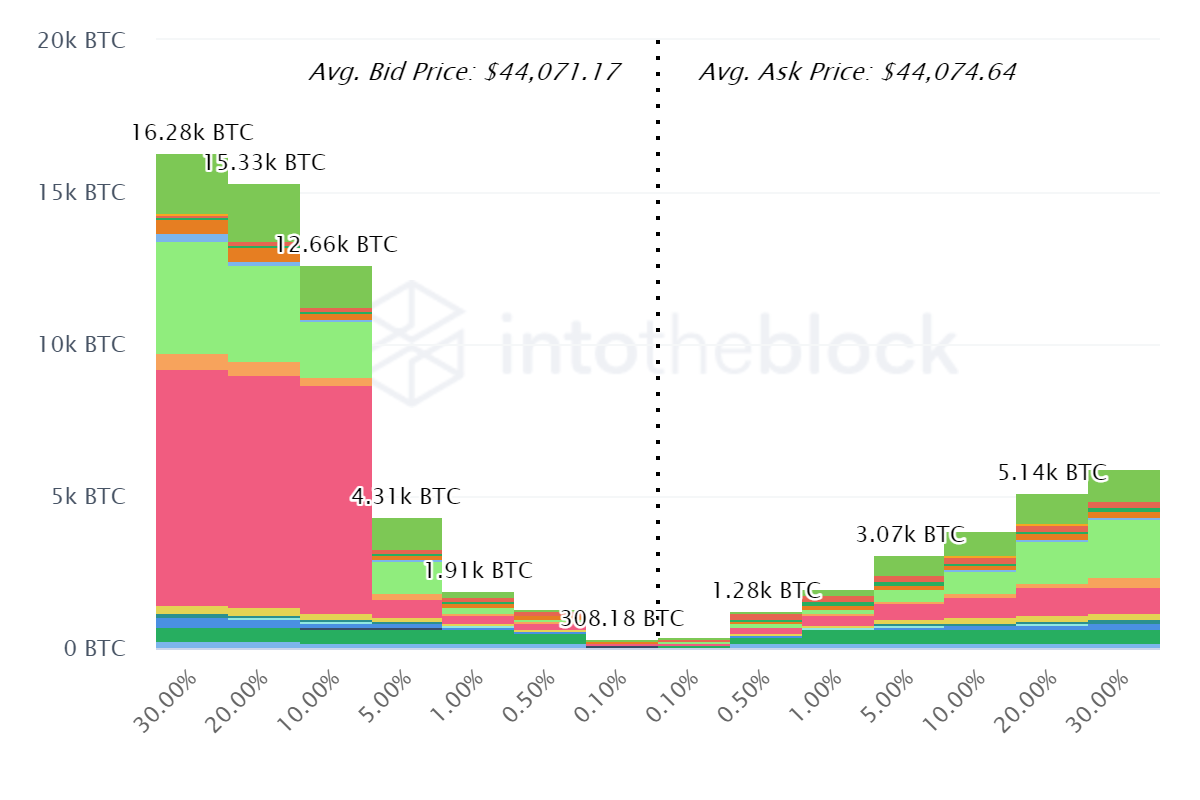 Thus, looking at the market structure and falling prices, it would only be wise to buy or HODL Bitcoin. Why? Well, because the market could soon see a flip in trend and the price might go back up again.

Related Topics:HODL waves
Up Next

Why U.S. SEC Chair, Gensler thinks this asset class is ‘rife with fraud, scams, and abuse’

What traders must know about Solana hitting its previous lows again