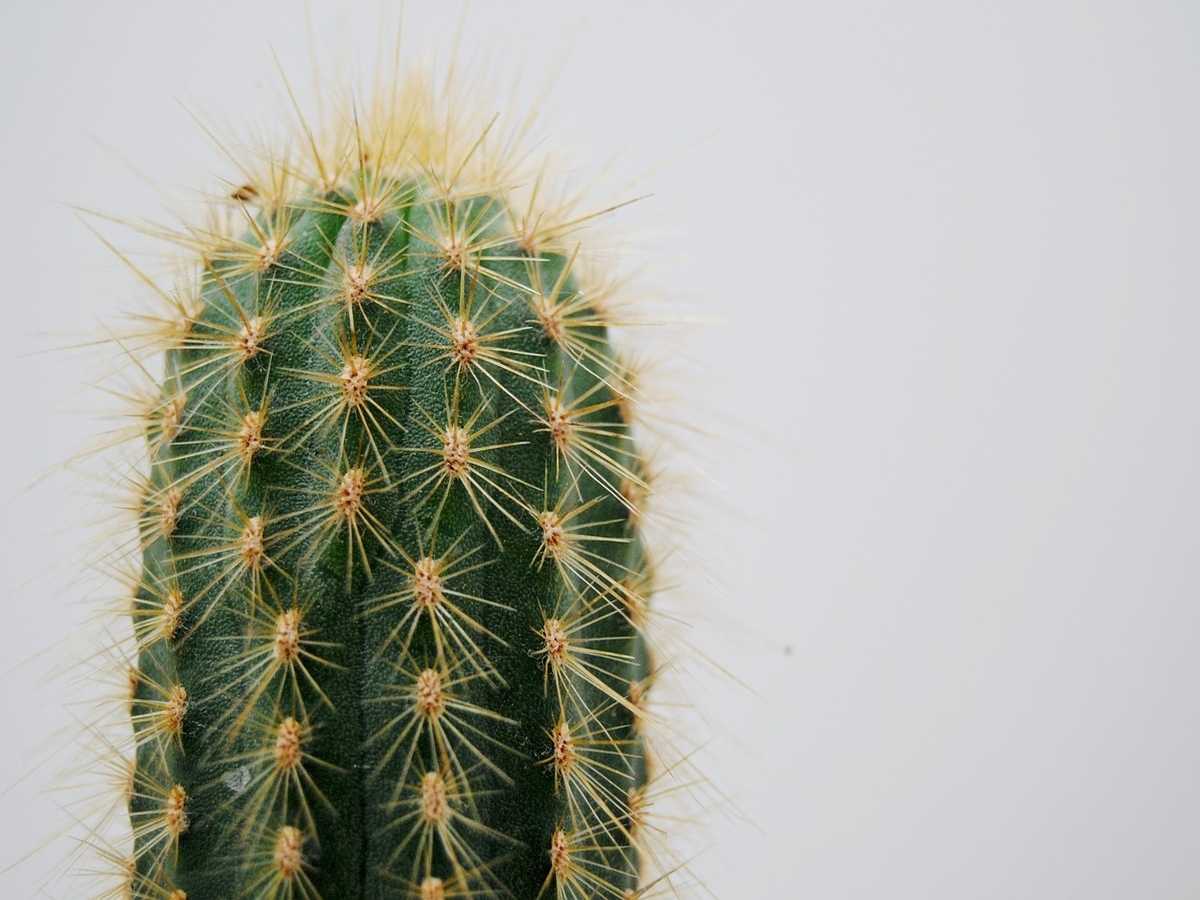 History usually recycles itself, and the present is nothing but the rhyming version of the past. In that, it wouldn’t be wrong to state that such cyclicity applies to the crypto-market as well. In essence, past precedents cannot be undermined.

At this stage, the market’s largest altcoin is stuck at an indecisive juncture. Ergo, it makes sense to look behind and draw parallels to see if there are some answers to be found.

At this point, the ETH/BTC spot volumes are at their mid-April levels. Notably, it was during that period when Bitcoin went on to hit its $64k ATH and Ethereum’s price simultaneously started gaining steam. The crypto went on to cross the $4k level in subsequent weeks. Now that it’s back to its former levels, are we heading towards a new all-time high anytime soon? 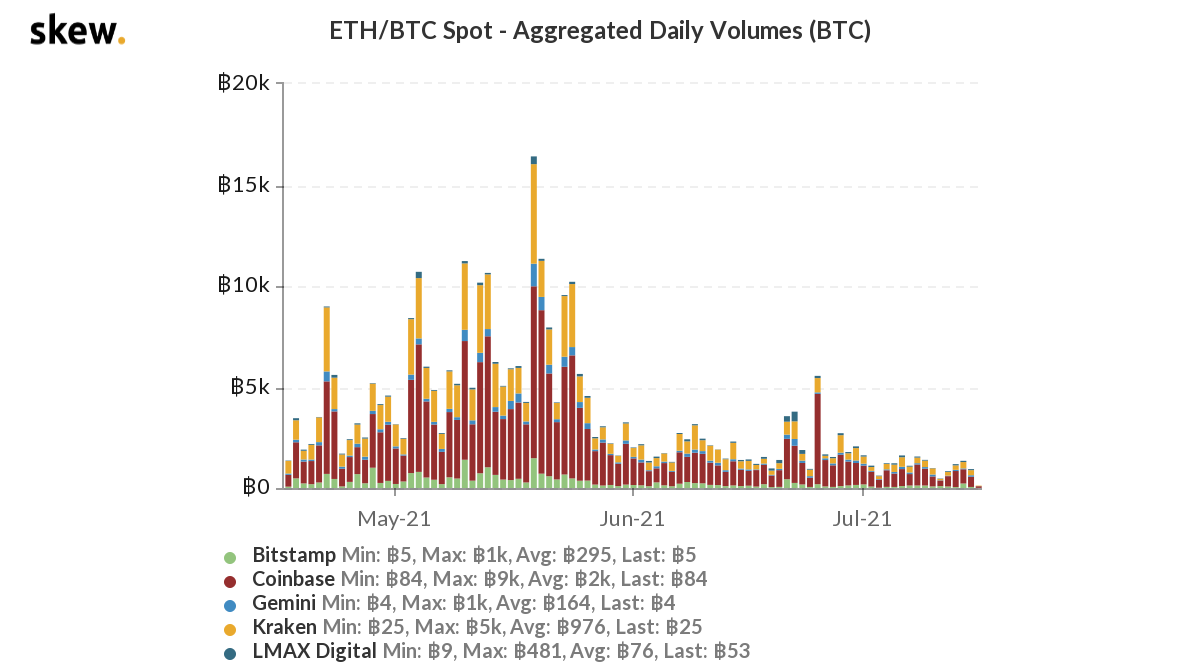 For Ethereum’s price to climb up the ladder, trade volumes have to go up. As can be observed from the chart attached herein, ETH’s spot trading volume against Bitcoin has been dropping of late. Even though there was a spike witnessed towards the end of June, the same level could not sustain itself for long.

As a matter of fact, the mid-April levels were also as low, but Ethereum’s rally got the kickstart it required from Bitcoin. However, keeping the current state of Bitcoin in mind, Ethereum’s sluggishness is set to prolong itself for a few more days. At the time of writing, ETH was trading around the $1850 price band, having fallen by 11% over the past week.

To make things worse, other on-chain metrics did not look compelling at the time of writing. The daily transactions chart, for that matter, did not record any drastic spike over the last few days. Based on data from Etherscan, the total number of transactions on the ETH network, at the time of writing, was close to 1.2 million. However, the same during ETH’s previous rally easily managed to cross 1.7 million.

Ergo, it goes without saying that a rise in this metric is a prerequisite for ETH’s price to gain momentum.

Additionally, Ethereum’s short-term RoI did not look attractive either. The negative returns on Ethereum’s chart (-21% over the past month and -19% over the past 3 months) provide no incentive for investors to divert their funds towards this altcoin. 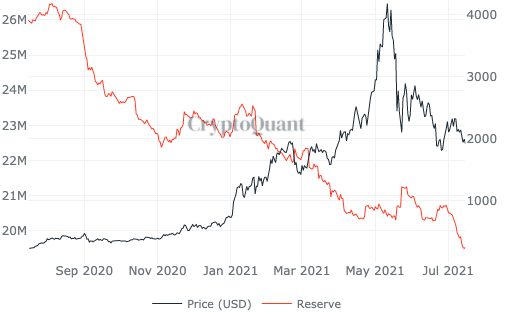 Amidst the aforementioned thorns present in ETH’s path, it may be noted that the amount of ETH in exchange wallets has been consistently dipping. Now, this essentially implies that ETH tokens have been moving to private wallets and cold storage. This development, coupled with the growing ‘staking’ hype, has the potential to pull the alt out of its indolent zone. However, other metrics would have to chip in too over the coming days.

Now, even though Ethereum is not at its worst state at the moment, the hopes for a trend reversal in the near term look unfeasible.

How can Ethereum avoid another short-term decline