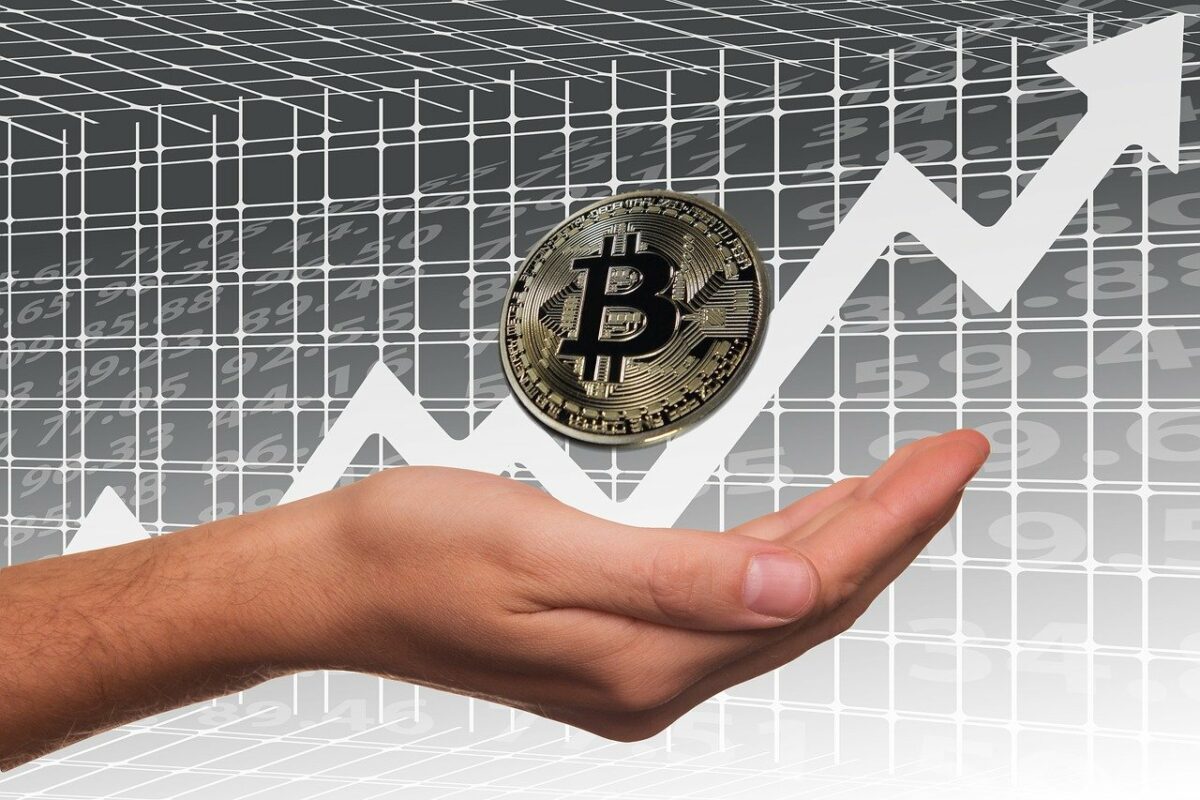 Accumulation in the Bitcoin market has become a frequently discussed topic within the crypto-community. With the previously subtle re-accumulation pattern expanding, coins have been shifting from weak hands to strong hands. That is, short-term participants are being seen bartering their new coins to long-term holders.

That, coupled with the return of miners to the scene and on-chain metrics pointing to a strong 29% of hash power coming back online, marked an interesting development in the space. What’s more, this recent change in investor behavior could also be seen elsewhere as Bitcoin’s Liveliness dropped to April-end levels. 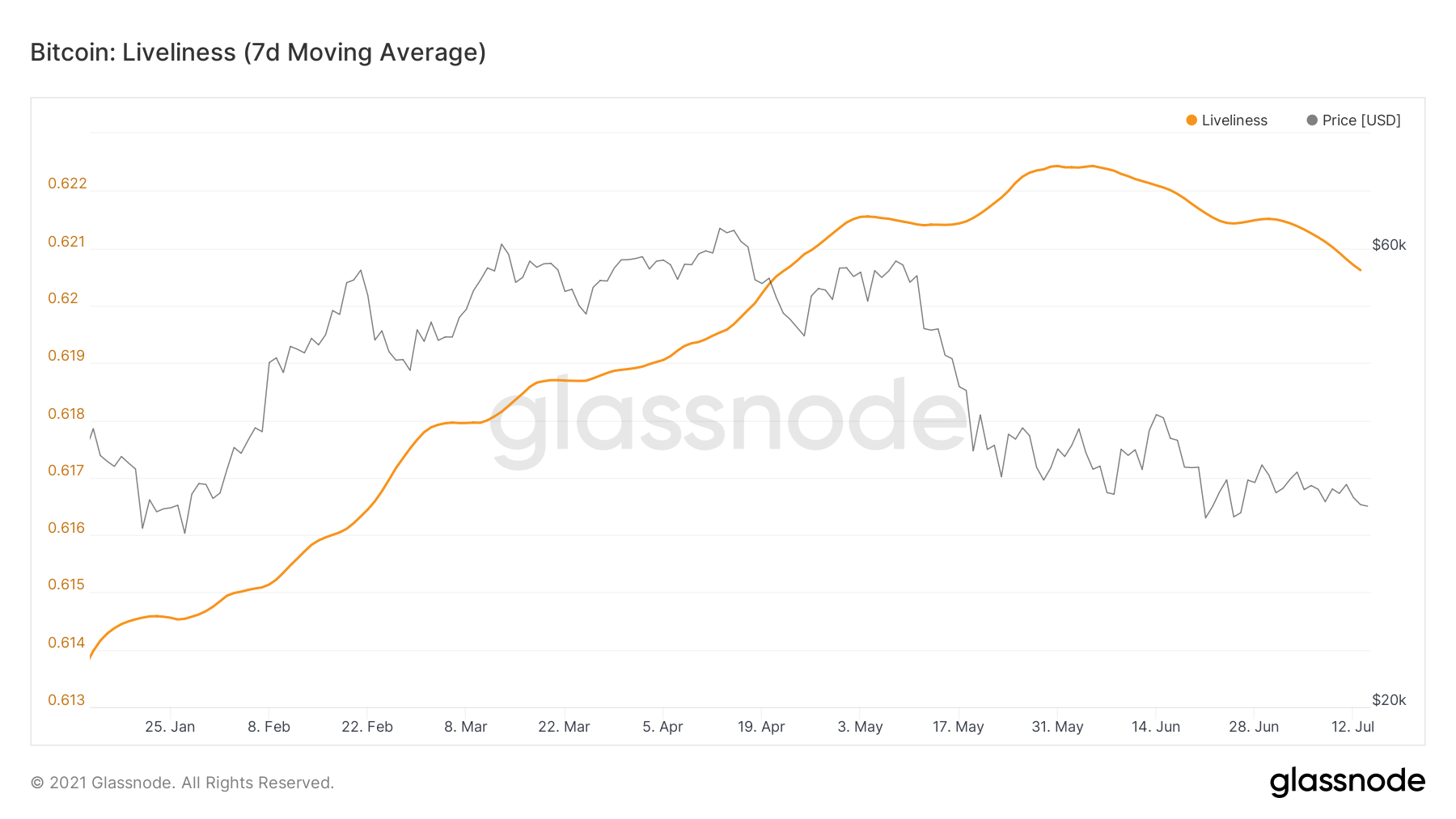 The metric in question provides a macro-view of the overall on-chain activity and utilization relative to the network’s lifespan. Since it takes into account coin days destroyed (CDD), global CDD, and utilization, it provides interesting insights into the larger market. Bitcoin’s slumping liveliness on the 7-day moving averages chart pointed towards more market dormancy and increased accumulation or HODLing patterns. The same was highlighted in a recent article.

Via a recent Twitter thread, Ecoinometrics also spotted this trend and correlated that with Bitcoin’s halving and larger whale-fish sentiment. As per its data, Bitcoin (BTC) witnessed a “reset” in investor behavior around the $30k mark and this trend is now likely to spark an upward trend on the charts.

Right now, on the 428th day after the third Bitcoin halving, the cryptocurrency is still oscillating under the $32.5k level. Further, a look at on-chain data suggested that,

“Bitcoin is resetting after the big correction that took us from $64k all the way down to $30k. The only way is ‘up’ for BTC/USD if hodlers continue accumulating coins.”

Ecoinometrics also looked at who bought the coins since the start of the latest bull run in October 2020 and presented that a major change is afoot compared to last year. At the start, it was smaller investors or the so-called “small fish” who were accumulating when Bitcoin passed its previous all-time high of $20,000 and rallied to a new peak of $64,500.

Larger investors, on the contrary, began selling at $20,000, albeit not in quantities sufficient enough to end the bull run. Whales, on the other hand, added selling pressure once Bitcoin hit $30,000 for the first time. This is what resulted in the tipping point following May’s highs. 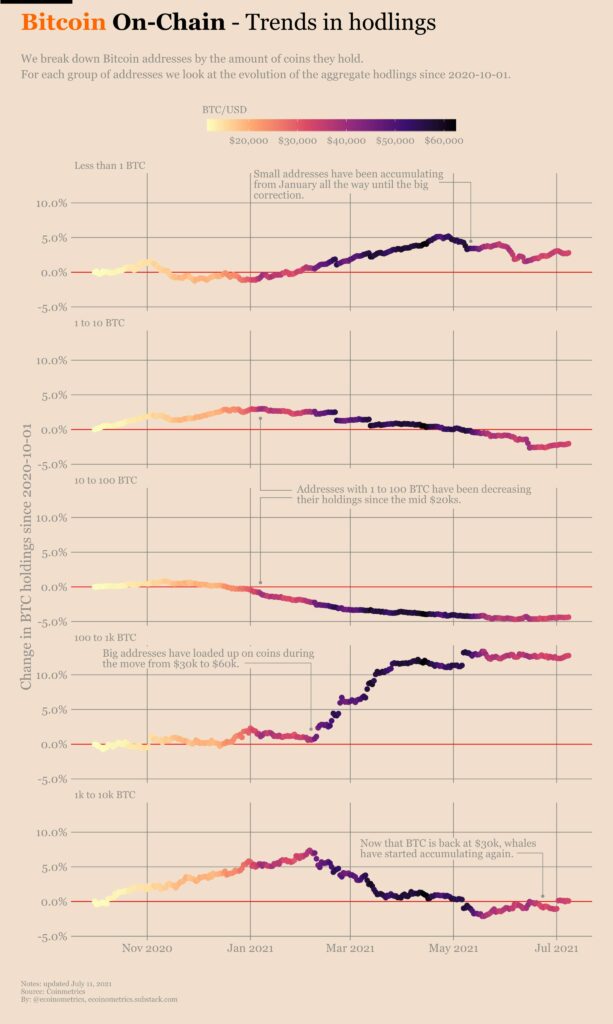 The aforementioned Twitter thread further discussed this accumulation by stating,

“Apparently $30k is a key level that stopped the trend of coins accumulation by whales. When you look at the price action around this time you can see that we were growing very fast.  So fast that the growth trajectory started to catch up with the log average trajectory.”

The reason for the unprecedented selling pressure could be further correlated to the whale sentiment and the fact that Bitcoin was gaining “too much, too soon.” This deemed the market unsustainable amid its many FUDs. As per data, now that the $30k level has almost returned, cold feet are nowhere to be found and both small and big investors are back in the game. The findings concluded by asserting,

“If that interpretation is correct, then what we had with this correction is a reset. Would that trend of accumulation continue, there is only one direction Bitcoin can go and that’s up.”

Simply put, most have been wrong about what these corrections have been. They were a reset for Bitcoin. 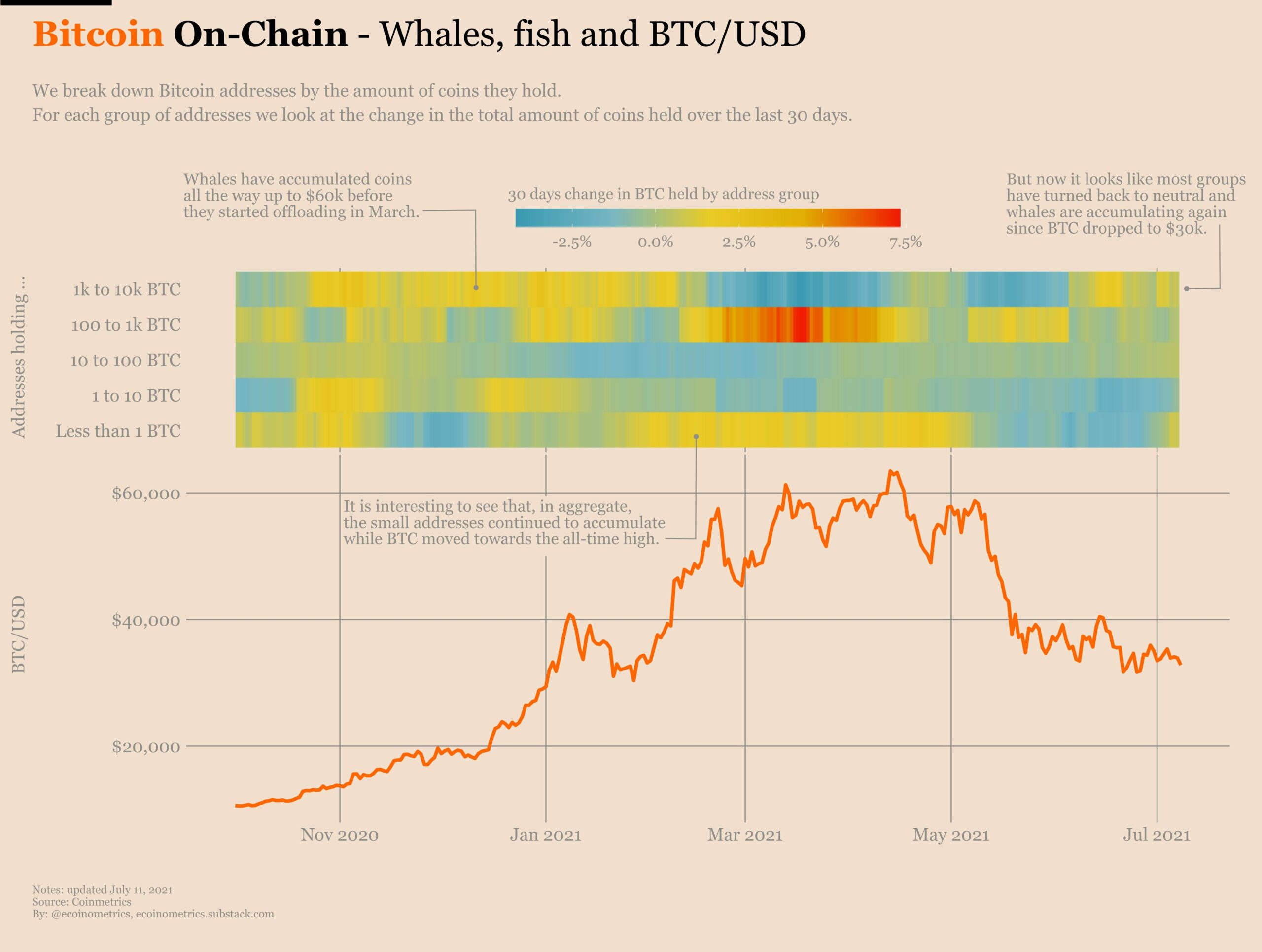 This counterargument is nothing short of a breath of fresh air in the BTC market amid its recent price drops, consolidation, and general bearish tone. On the 7-day moving averages chart, ASOL saw a major spike on 12 July, a spike indicating the movement of old coins. Both the ASOL and MSOL were holding above their June-end levels and highlighted the dominance of older coins in the market. 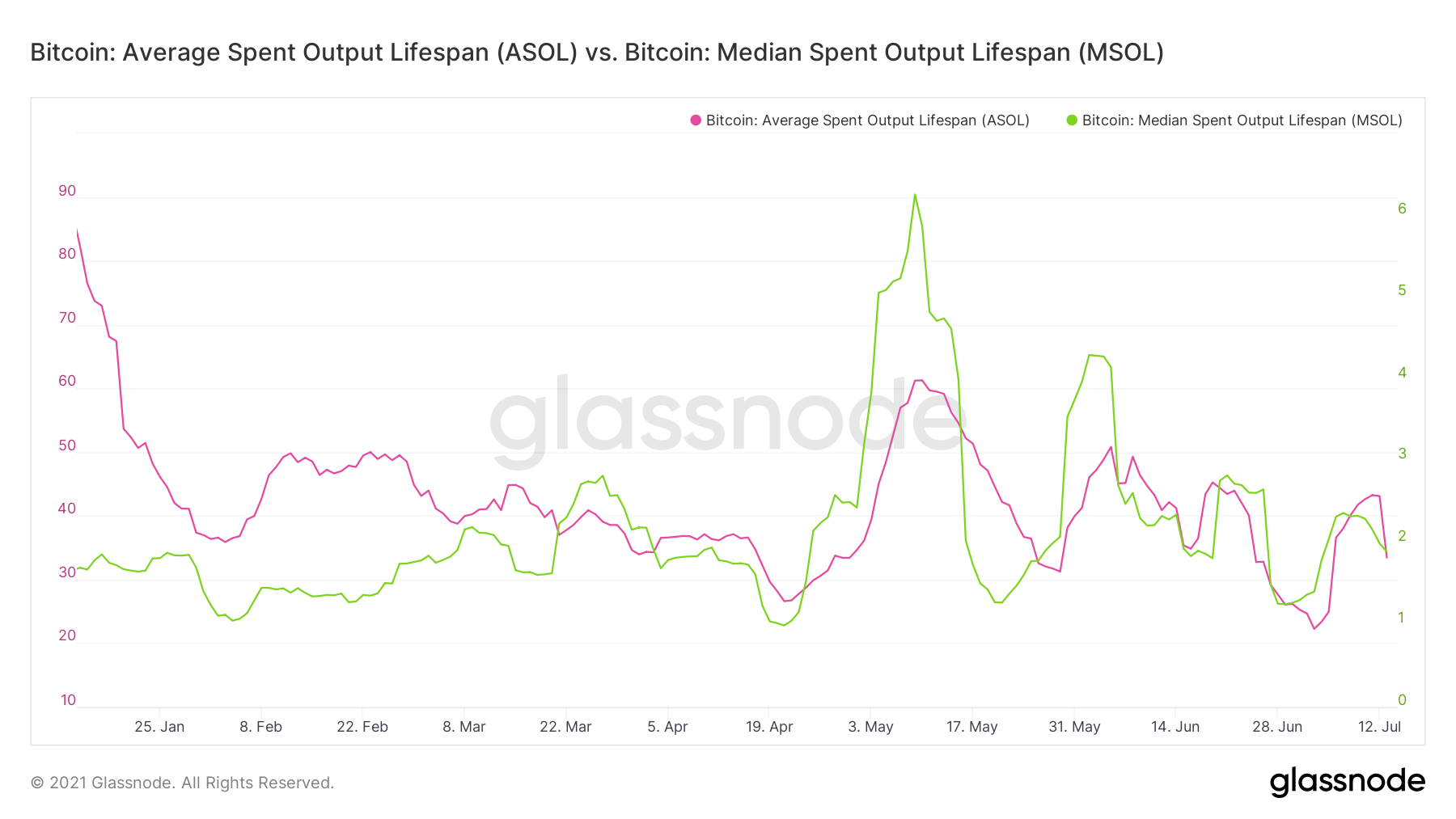 While anticipating major price movements at this point will be too optimistic, many in the community continued to hope for steady, northbound action after a minor correction. The aforementioned metrics will do little to dissuade these expectations.

This ‘never seen before’ Bitcoin trend can lead to ‘further downside’