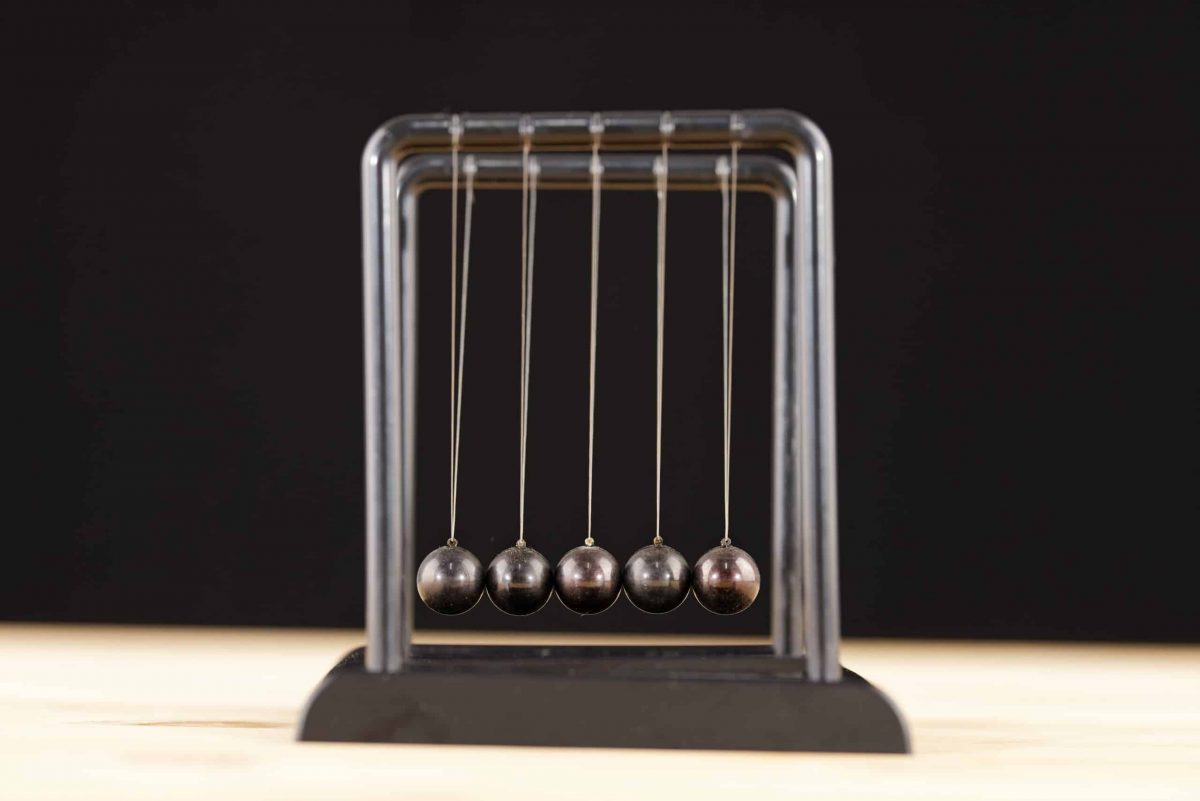 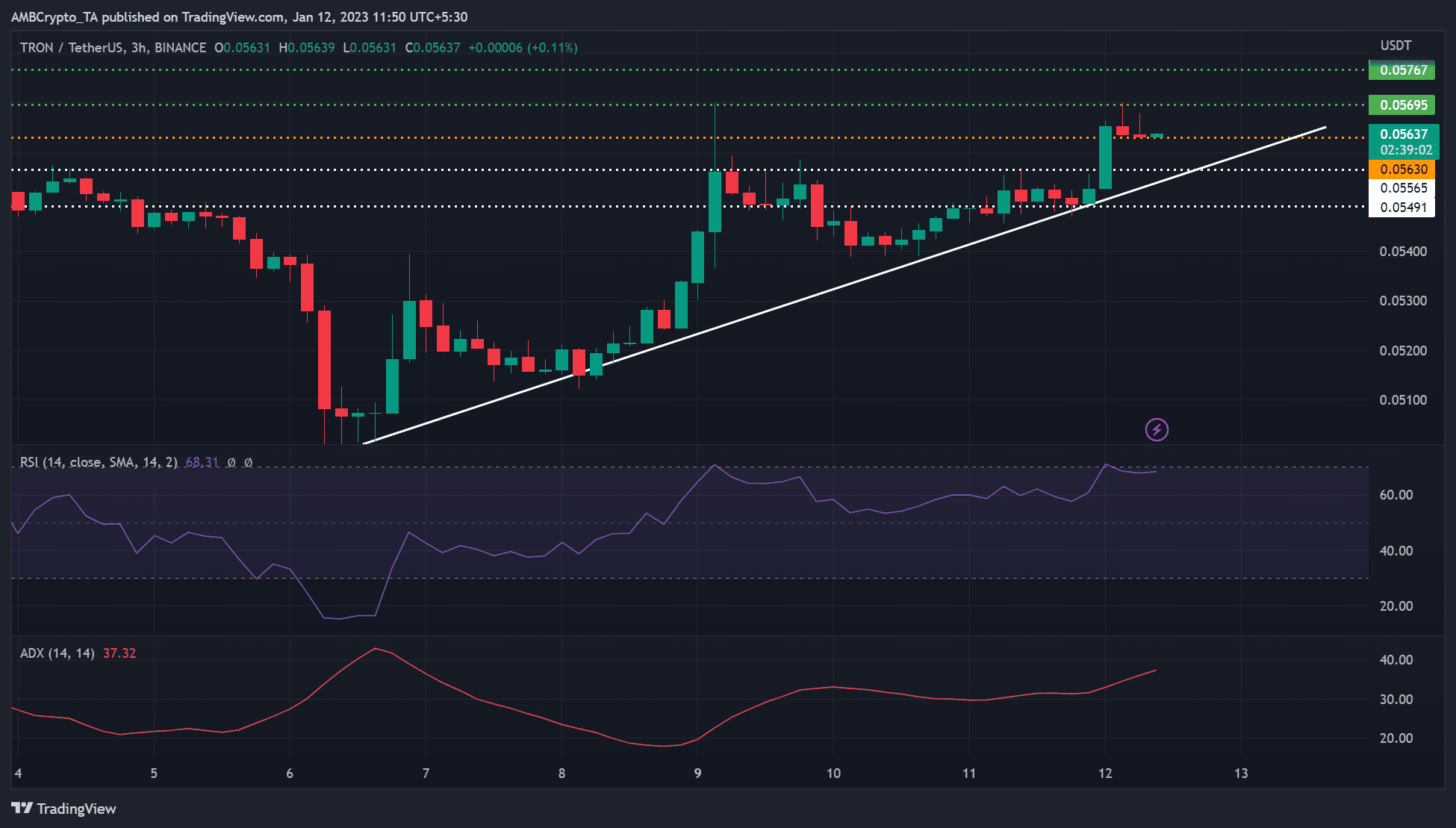 TRON was forced into another short-term price consolidation after a gradual uptrend since 6 January. The previous short-term consolidation between 9 – 10 January broke below the $0.05491 support but rebounded from the uptrend line (white line).

A similar consolidation trend and bounce back was observed between 11 – 12 January. If the trend repeats, TRX could oscillate between $0.05630 – $0.05695 and rebound from the uptrend line.

It could also break above the range if BTC is bullish and because its uptrend momentum was relatively strong, as evidenced by the Average Directional Movement Index (ADX) of 37. In addition, the Relative Strength Index (RSI) on the three-hour chart was in the overbought area, thus, strongly bullish.

Alternatively, bears could force TRX to break below $0.05630, invalidating the above bias. But the $0.05565 could hold its bears from a further downtrend.

The sentiment towards TRON remained negative

TRX’s weighted sentiment remained negative as the FUD around TRON’s founder, Justin Su and the Huobi exchange was still strong at press time. This shows that the investor’s outlook on the asset was bearish. But it didn’t prevent TRX from rallying.

In addition, TRX’s development activity dropped sharply from 10 January. However, with increasing trading volume, TRX’s price rose as well. Thus, TRX could break above its current trading range, especially if BTC is bullish.

Is your portfolio green? Check out the TRX Profit Calculator

However, a bearish BTC could give bears more leverage; thus, tracking BTC’s price action could be worthwhile.

Cardano takes the lead in development activity, but what about ADA?

Avalanche [AVAX] gains 25% in a day, thanks to the Amazon AWS