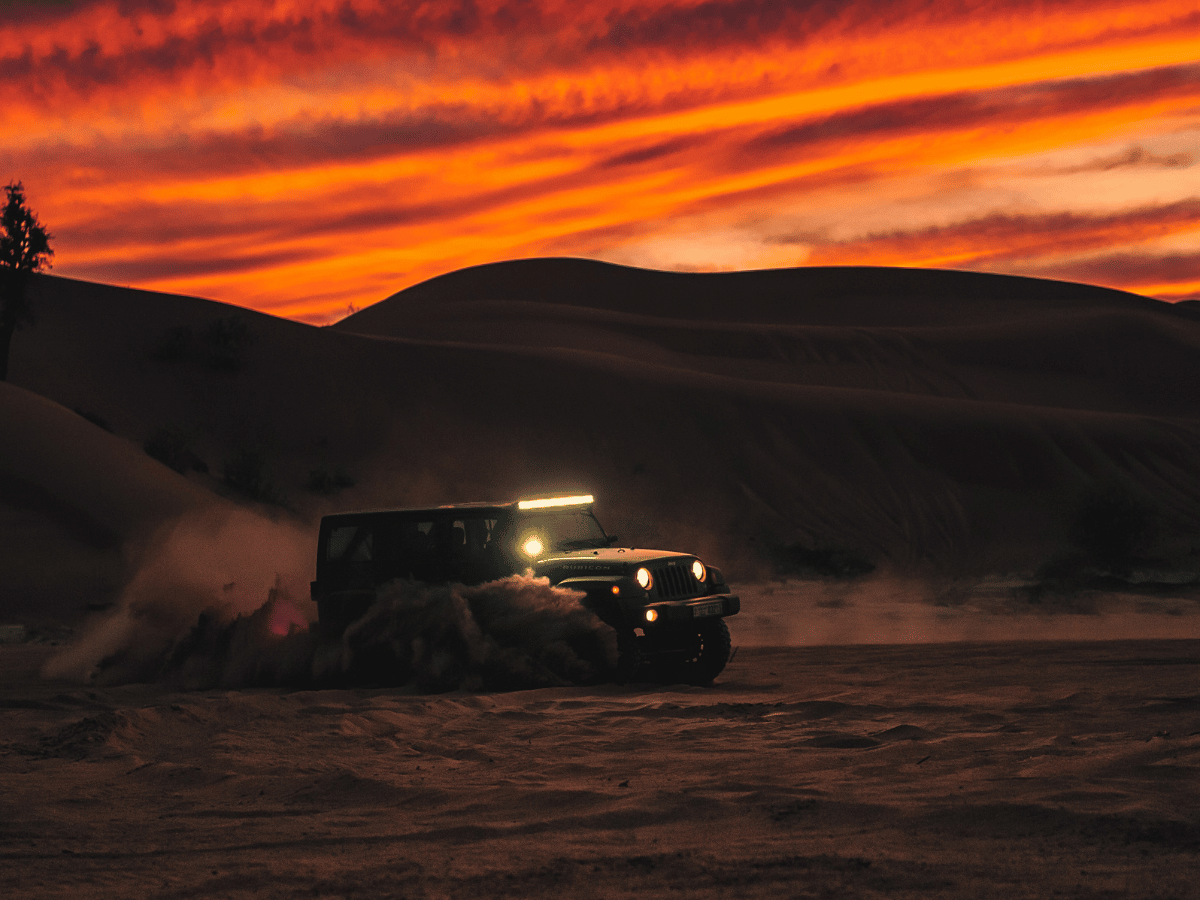 Trust Wallet Token [TWT] appreciated more than 50% in the last 24 hours after Binance CEO CZ suggested investors use decentralized exchanges. The comment came after it was crystal clear that the crypto community was looking to store their assets elsewhere other than centralized exchanges.

In response to the reactions triggered by the FTX catastrophe, CZ tweeted that self-custody was an option.

.@TrustWallet your keys, your coins. https://t.co/pJUc26kQ7n

Your keys, your coins

The Binance chief, who had led the call for exchange transparency since the incident, noted that this was not the first time he preached the self-custody gospel. After this, TWT launched on Binance Chain, and saw a massive increase in volume. At press time, Santiment data showed that TWT’s 24-hour trading volume was $687.38 million.

This increase insinuated that many investors demonstrated trust in CZ, especially as he was the one who first alerted the community of FTX’s shady dealings on 6 November. The BEP-20 utility token, trading at $2.485 at press time, also became the subject of many conversations amid the recommendation.

On the social aspect, it was a win-win situation for TWT. As disclosed by Santiment, TWT’s social dominance increased to 0.809% on 14 November, the same day, CZ tweeted. While the metric had decreased to 0.294%, it was still at a top level, last hit in the early days of October. This status confirmed the earlier notion that the asset was a focal point of discussion. It also reflected the hype around the project.

Similarly, the social volume followed the increase, reaching a peak value of 115. This implied that many investors had searched for the token more than usual across socials. Although it declined to a value of 40, TWT still seemed on top of the situation.

Own it and never be in doubt

Additionally, CZ was not the only industry personnel who advocated for such protection. Uniswap [UNI] founder Hayden Adams also shilled the idea with the community earlier. All in all, it did not seem like TWT would slow the rally down soon. This was due to indications from the Exponential Moving Average (EMA).

As of this writing, the 20 EMA (blue) maintained its position above the 50 EMA (yellow). This posture indicated that the token was prime to remain bullish in the short term. However, the more extended timeframe showed that TWT might likely experience a reversal. This indication was shown by the 200 EMA (cyan) remaining below the 20 and 50 EMA. 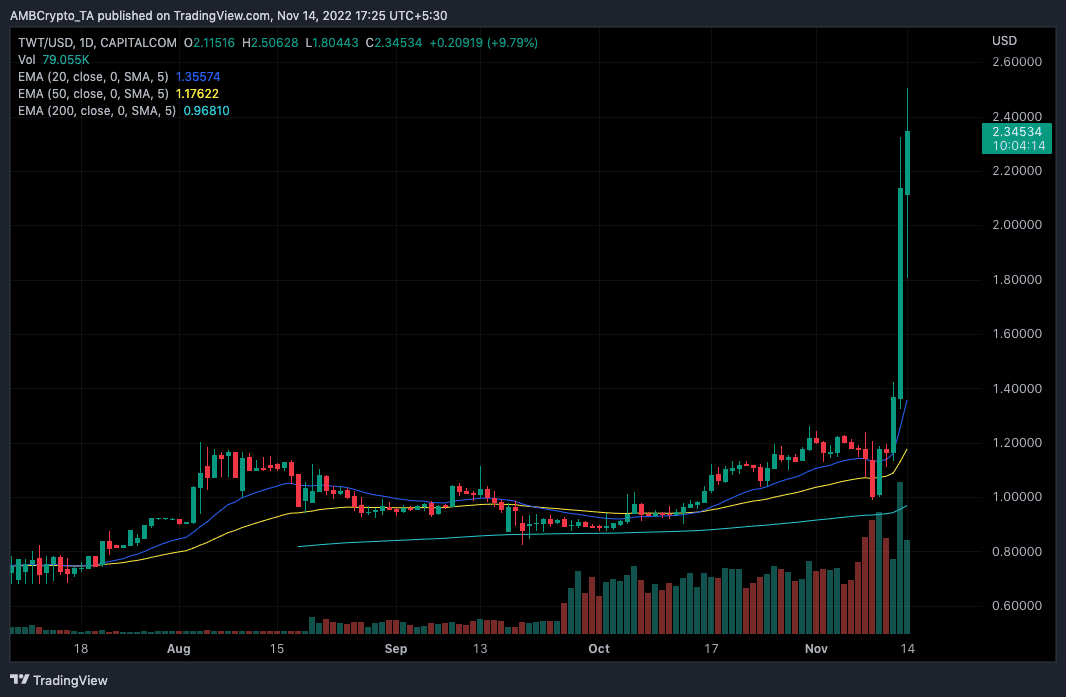 CHZ, not Chiliz, could bear some good news amid bailout for FTX-affected users