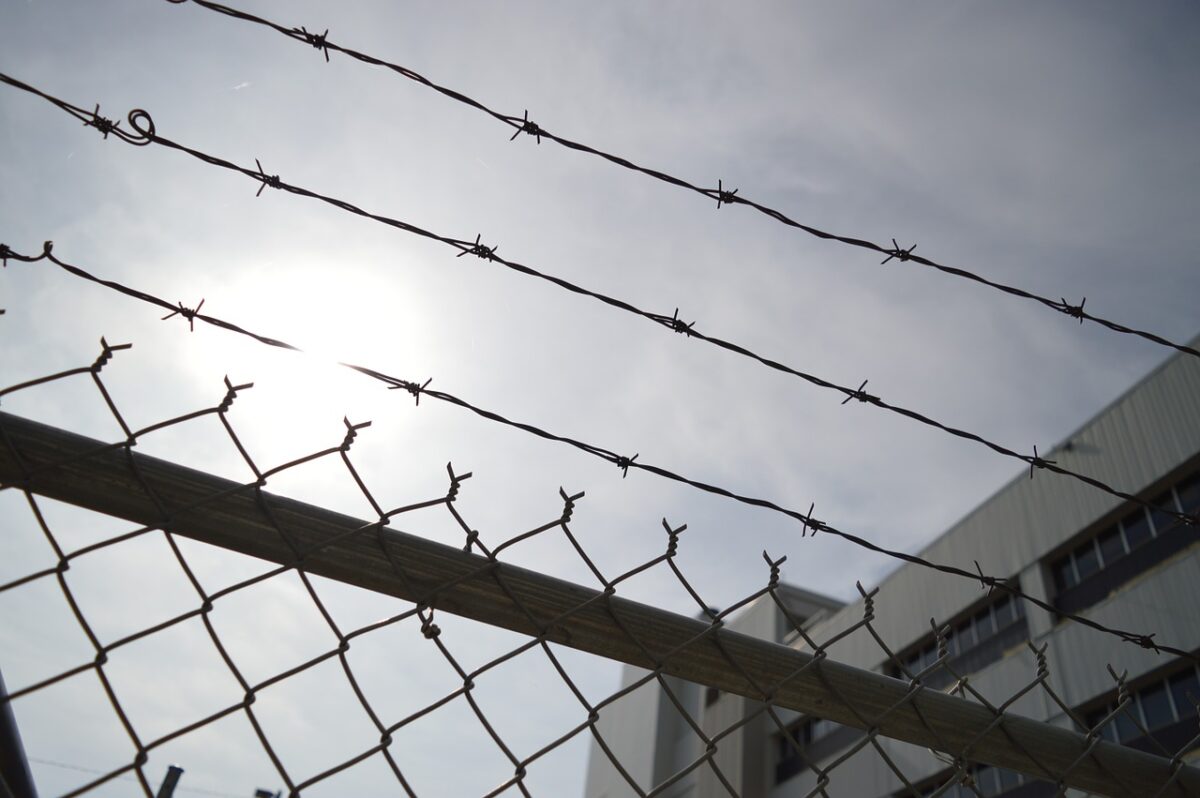 The Decentralized Finance [DeFi] space gains momentum whenever Bitcoin and the rest of the mainstream cryptocurrency market get stuck in a rut. In fact, many DeFi applications have been given a perfect stage owing to these corrections in the market and Uniswap [UNI] has, historically, been one of them.

Like most other DeFi projects, Uniswap hit peak volume throughout much of the first half of 2021, as per data. In fact, as highlighted by the attached chart, while the month of June has been an anomaly of sorts, DEX volume has consistently risen over the course of the year. 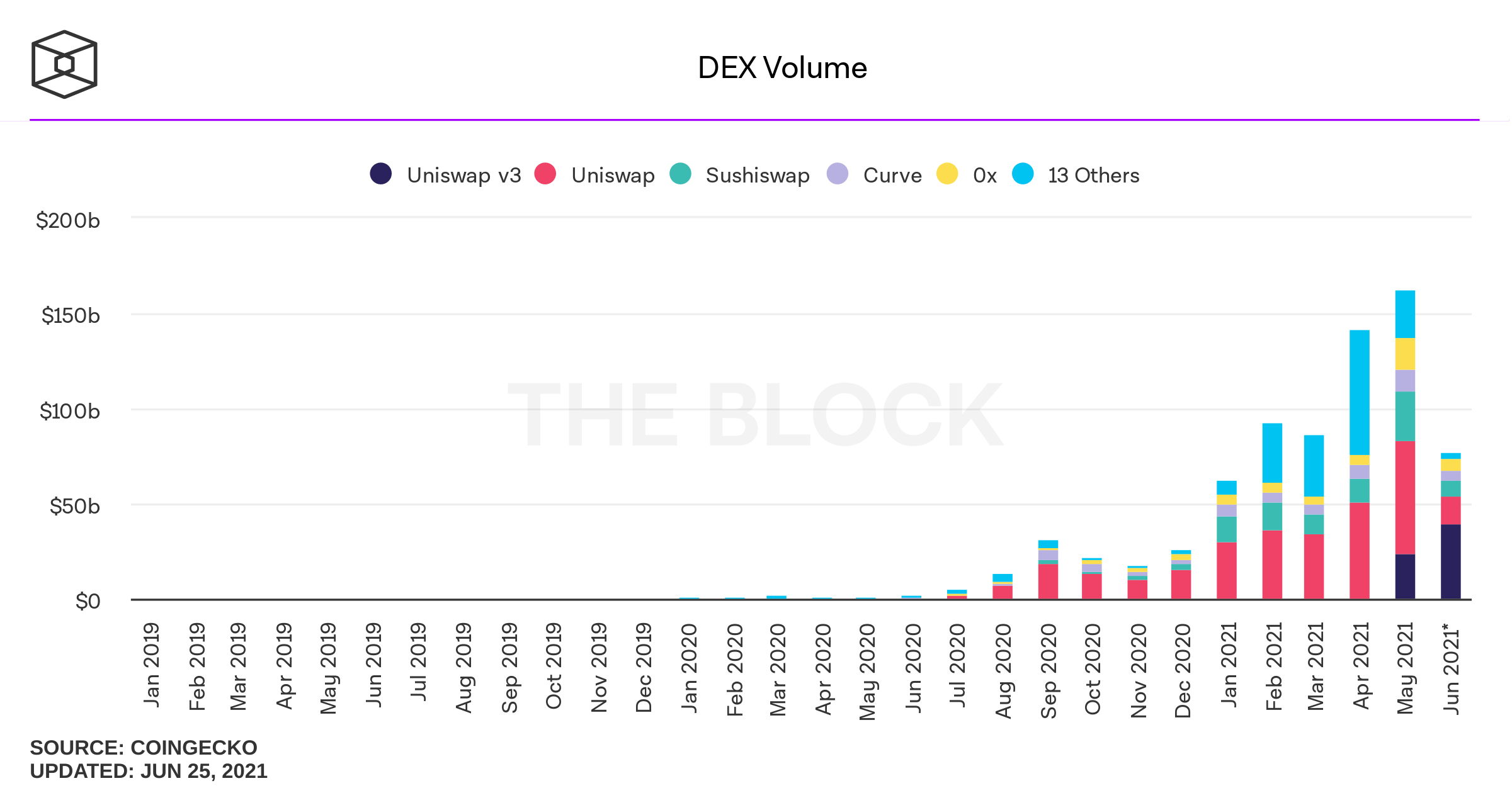 That being said, despite high volumes noted by the market’s leading DEX, of late, the activity on the network has remained somewhat restrained.

Given the dropping value of UNI in the market, users are moving away from transacting and using the digital asset. This is significant, especially since until a while back, it was set on a path of recovery. This, alas, was only a short-lived trend. UNI’s price bounced off the $14-level with no sign of strength for an upwards move.

The falling price clubbed with Bitcoin’s market bearishness has kept traders away from the Uniswap market. This can be affirmed by the falling number of daily active addresses. Ever since the price topped out at $48 in May, interest across the board has been waning.

What’s more, data from Santiment suggested that a lot of users most likely left and no new speculators have been entering the market. 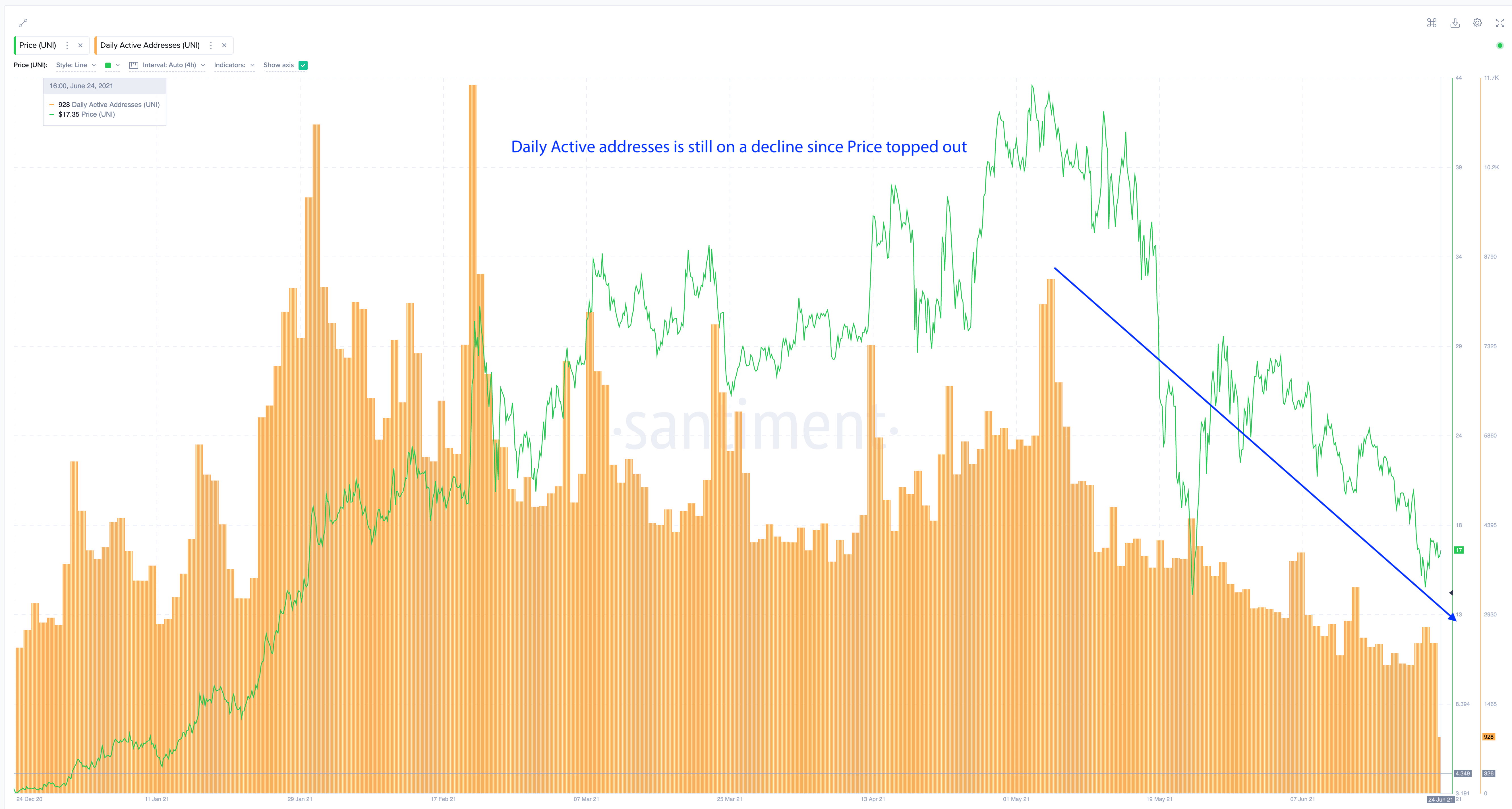 Due to low interest from the users, even the price has remained under a lot of downward pressure.

However, does this weakness in the market come as a shock?

Actually, no. The Network Growth metric began showing signs of weakness in mid-May. Further, it has failed to report a new high apart from the one observed in Q1 of 2021. The said growth has now come to halt as UNI’s price continued to fall on the charts. 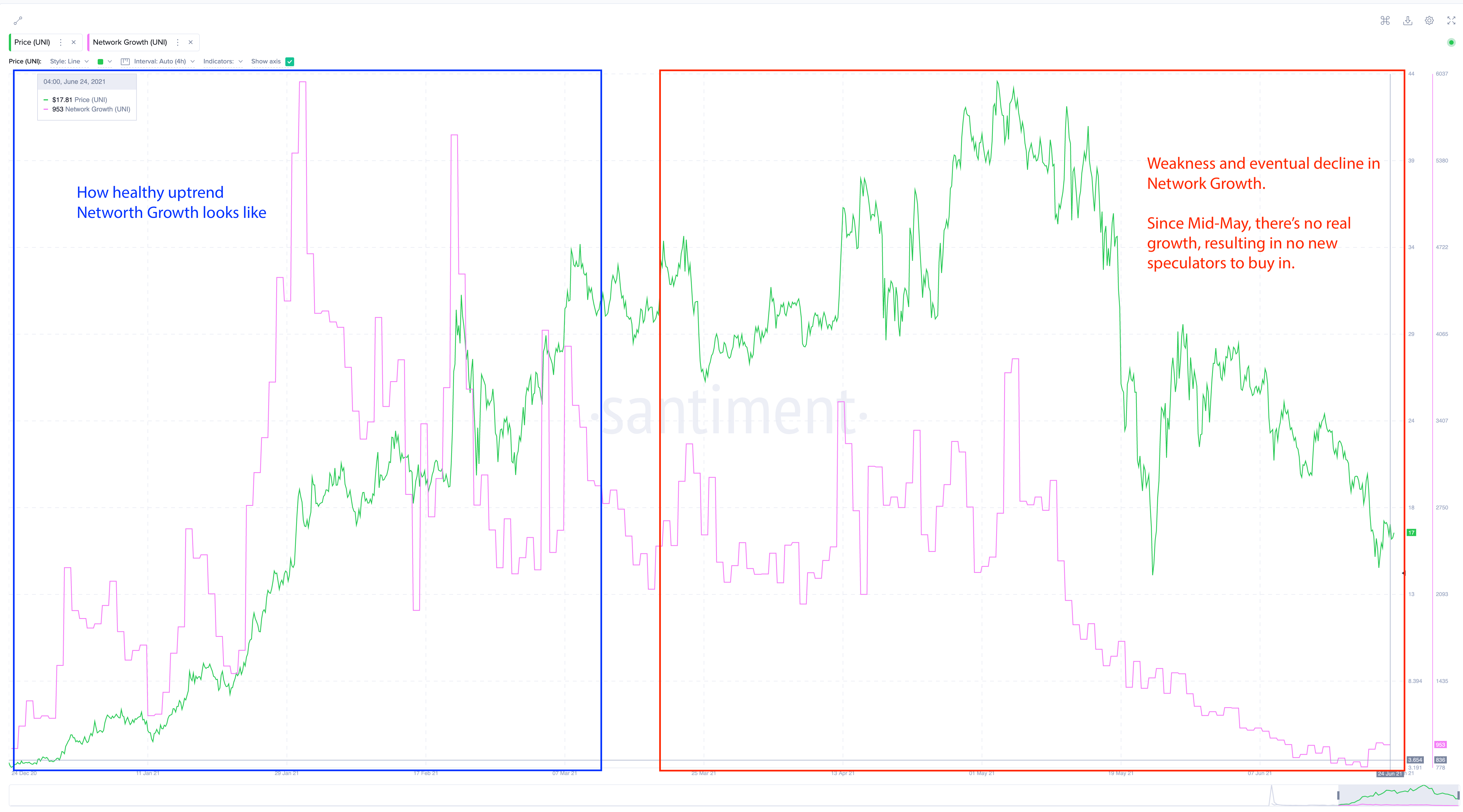 This lack of Network growth is a sign of the absence of speculators in the market over the past 30 days. If the metric falls any further, the crypto-asset’s price could follow its lead.

It’s worth noting, however, that the Uniswap team has for the first time hired a Chief Operating Officer to expand the DeFi project’s growth. Mary-Catherine Lader who has worked at asset management firms like BlackRock will be taking up the task to improve the network’s reach. New leadership could make a lot of difference in the operations of Uniswap, but its results will take time to reflect. Especially since as Santiment put it, “they exhausted the V3 and L2 narrative.”

If you’re a Chainlink trader, here’s what you should know

Tight-lipped about XRP lawsuit, but here’s what Schwartz did have to say