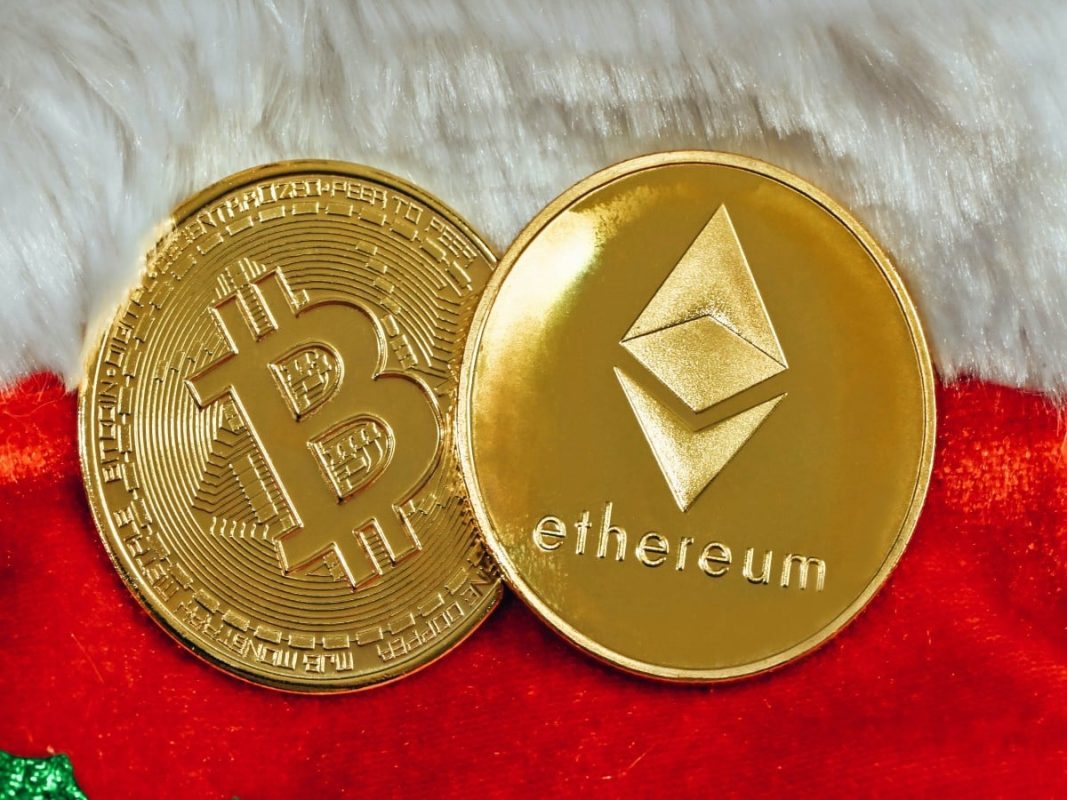 Last week’s inflow represented a 96% decline from the $81 million recorded in inflows the previous week. 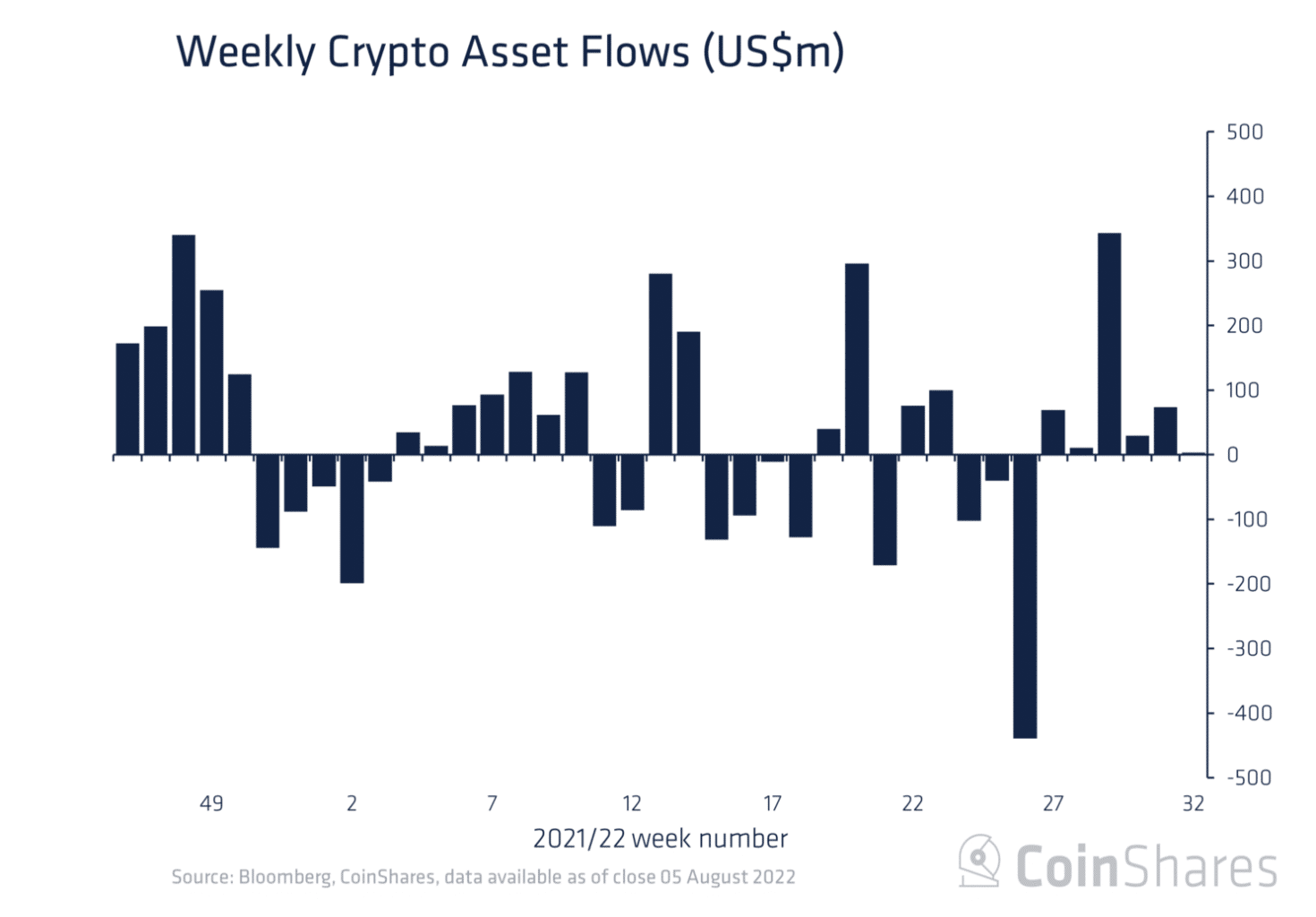 Inflows into digital asset investment products totaled $3 million last week, bringing the total inflows since the beginning of the month to $3.1 million.

CoinShares found that last week’s inflows represented 1.7% of the total assets under management (AuM). It further stated that despite the market downturn in the last quarter, 32 new investments have been launched, primarily in altcoins. 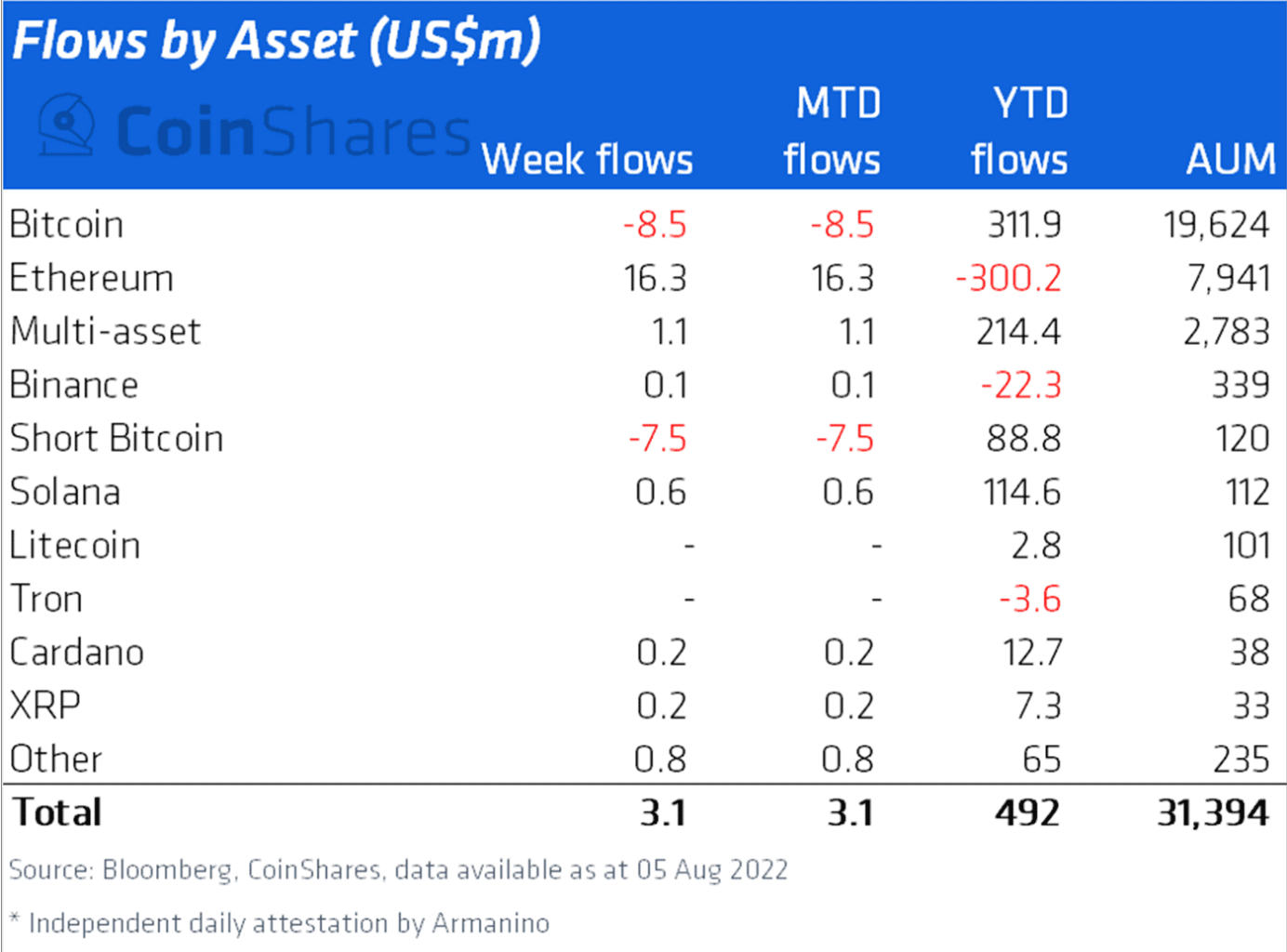 Bitcoin and Bitcoin-short in the last week

According to the report, last week, Bitcoin logged outflows. These outflows totaled $8.5 million. The outflows recorded brought the year-to-date (YTD) inflows for the king coin to $311.9 million, a decline from the YTD index of $326.1 million recorded in the previous week.

Still, a king, Bitcoin’s YTD inflows represent 63% of the YTD total inflows of $492 million recorded by all assets considered by CoinShares in the report.

Further, Coinhares found that short-Bitcoin investment products also recorded outflows that totaled $7.5 million. That was the second consecutive week of outflows for short-Bitcoin. In the previous week, it saw outflows of $2.6 million.

These outflows, according to CoinShares, suggest that “investors believe bitcoin prices have troughed.”

For Ethereum, inflows in the last week totaled $16 million, bringing it to its near seven consecutive week run of inflows of $159 million.

“We believe this turn-around in investor sentiment is due to greater clarity on the timing of The Merge where Ethereum shifts from proof-of-work to proof-of-stake,” CoinShares stated.

The report, however, stated that on a YTD basis, the leading alt had seen outflows of $300 million. 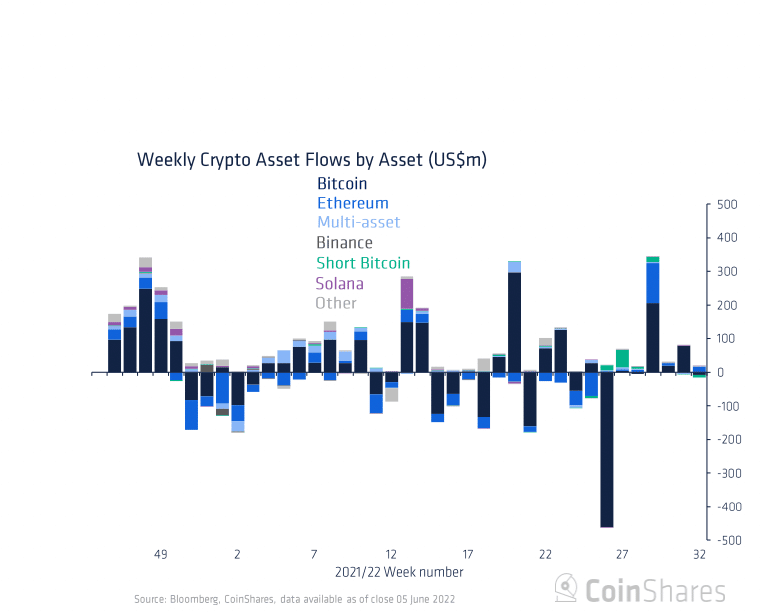 Regionally, most inflows were from North America and Europe, with inflows from the United States and Germany totaling $16.8 million and $7.8 million, respectively.

All other regions considered in the report registered inflows except Canada, which saw an outflow of $29.9 million. 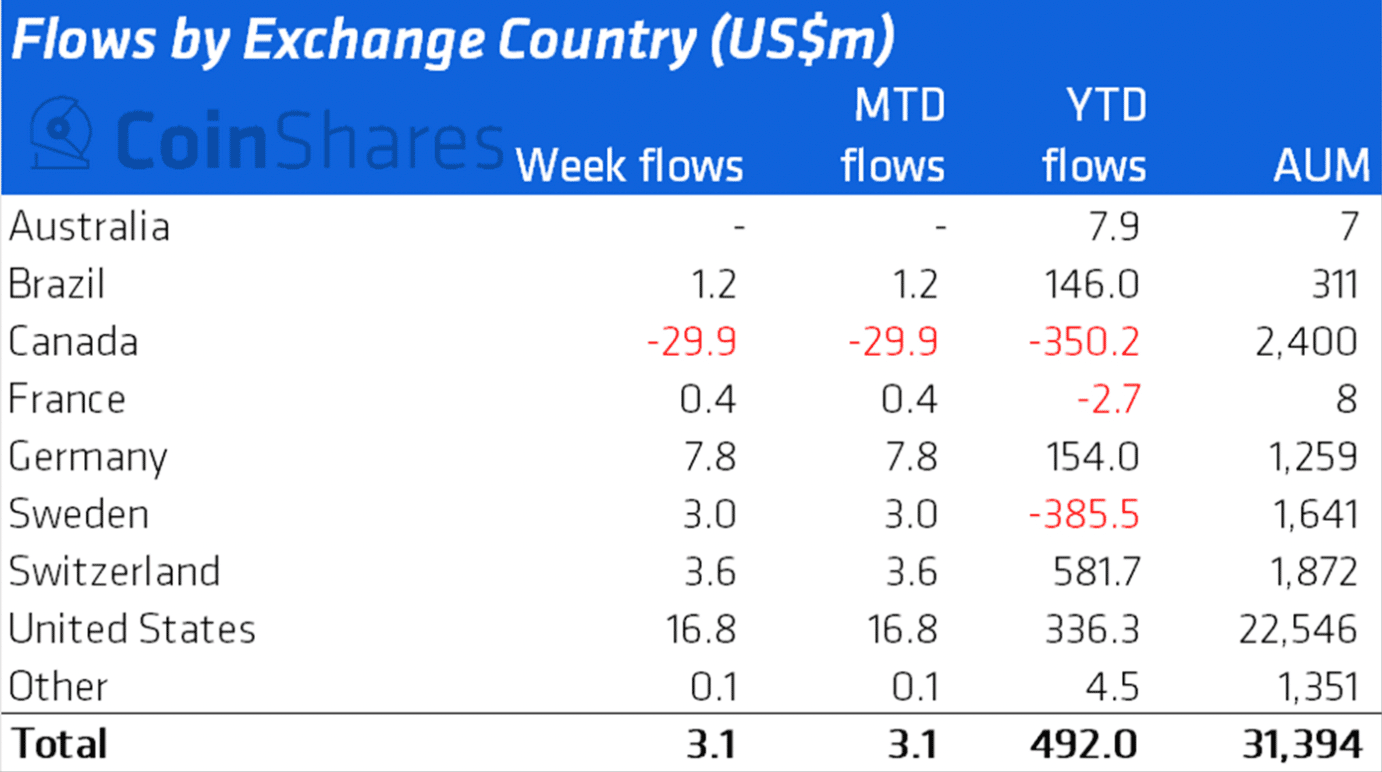 Commenting on the reason for the low weekly inflow, CoinShares, thus, stated:

“Despite improving sentiment, trading volumes remain very low at US$1.1bn for the week versus the year-to-date weekly average of US$2.4bn. We believe the low participation is seasonal as a similar trend has been seen in previous years.”