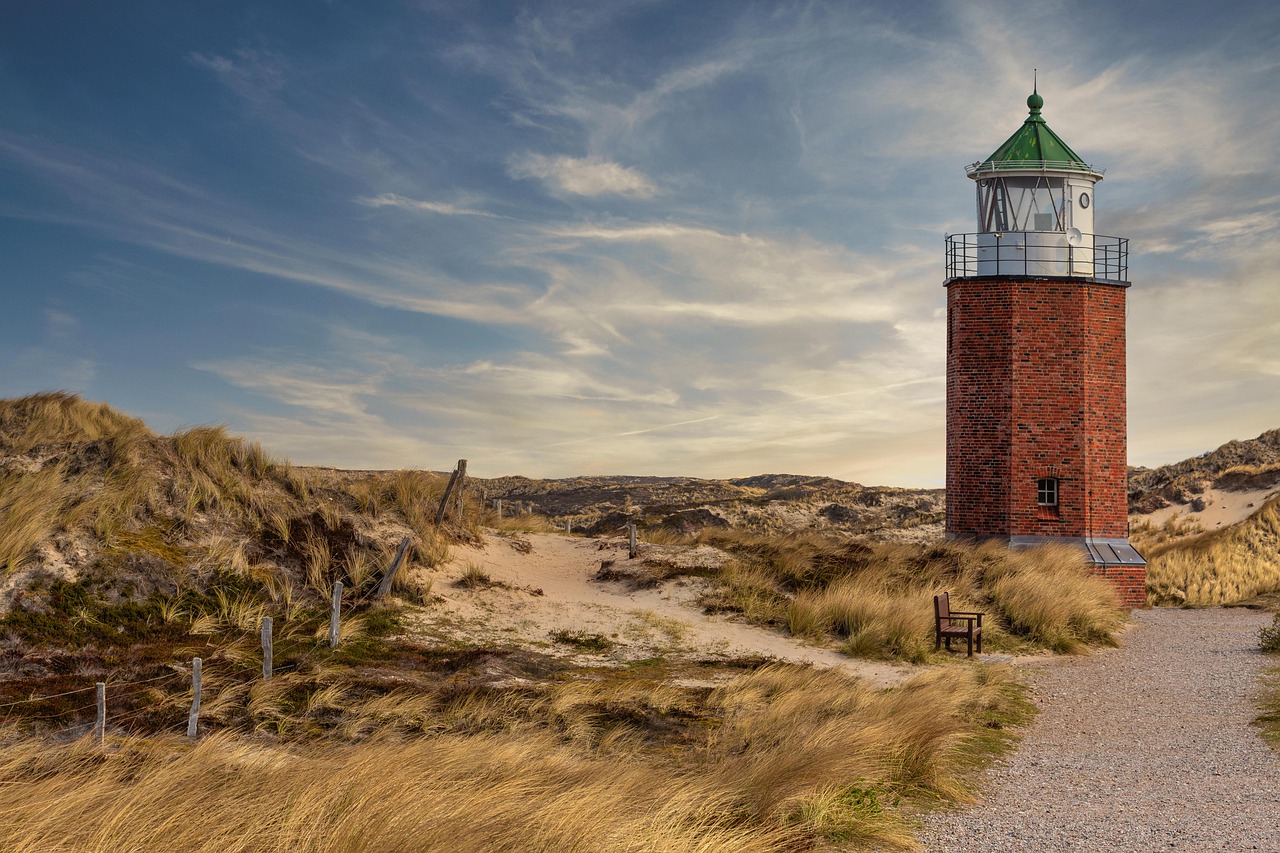 SUSHI has been hiking on the price charts since the summer of 2020, with the alt emerging to become the sixth-largest DeFi token with a total TVL of over $4.4 billion, according to DeFiPulse.

The token’s price surge truly began in November 2020, at which point, its trading value was around $0.49. Since then, the coin has been able to secure growth amounting to a mind-boggling 4,741 percent, with the price topping out at $23. However, a decline was soon to follow for the price over the course of the past month, bringing the price all the way down to its key $10-support.

At the time of writing, SUSHI was trading at around $14. Ergo, it would be interesting to see its future trajectory in the coming few weeks.

Data provided by Santiment does provide some insight, however. Earlier in March, the token’s falling price was stabilized at the $10-price range when a lot of buyers entered the market and pushed the token’s trading volume. Despite its stagnancy of late, however, many expect a lot of growth in SUSHI’s value over time, with its press time valuation likely to be a good entry point for many traders.

“We are seeing first signs of strength and momentum, whether it can continue is largely dependent on whether BTC dumps aggressively or ranges. Given that we wiped out huge amount of leverage traders over the course of the April 15th dump, the probability favors the latter.” 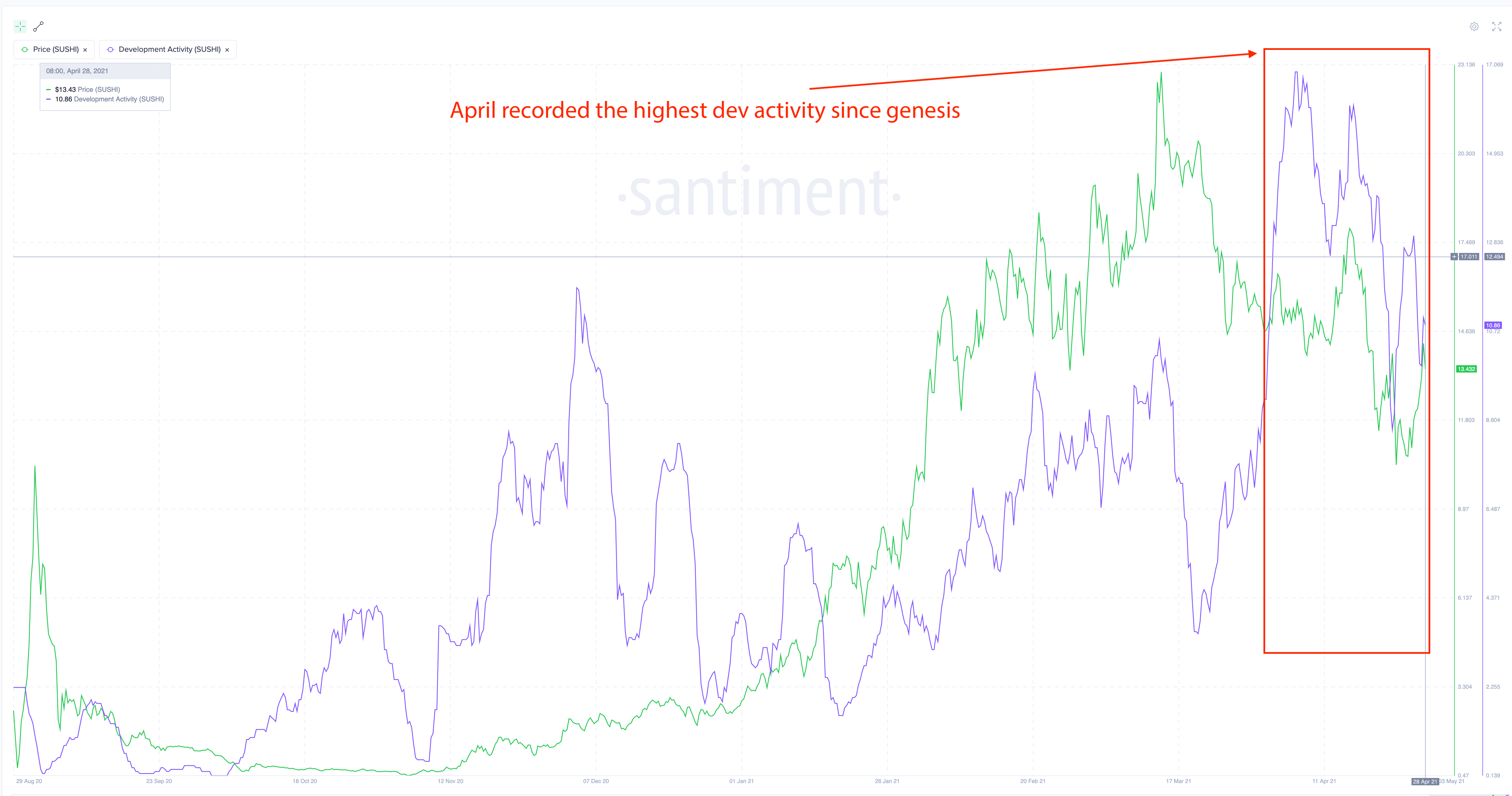 Other factors have come into play too. Development activity, for instance, can always act as a catalyst for an uptrend in price. Dev activity in the case of SUSHI in April was quite promising and as the coin tries to recover its losses, this may, in turn, inspire greater investor confidence and fuel the hodling sentiment. 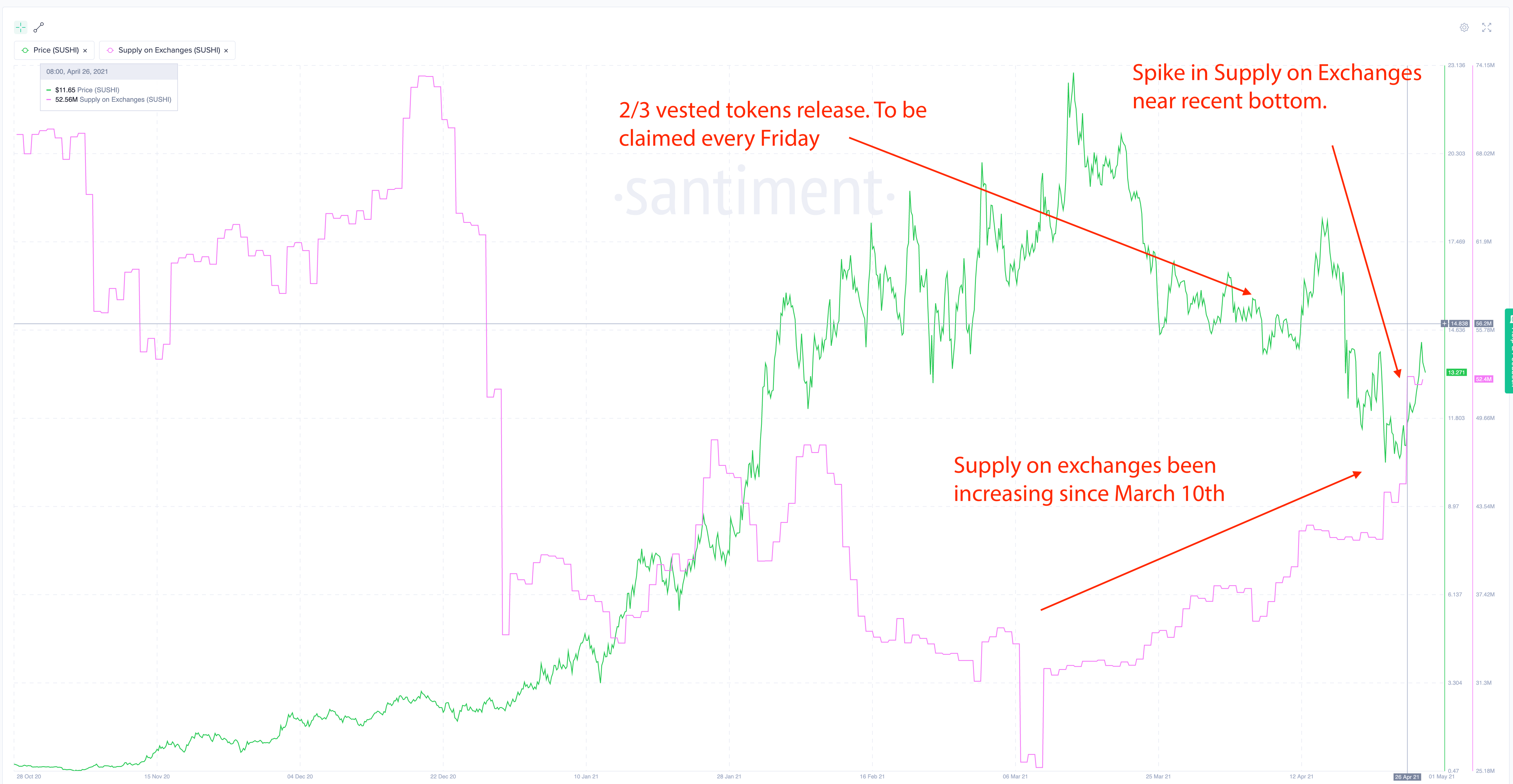 On the contrary, according to Santiment, since March, SUSHI has seen a lot of its investors move their tokens on to exchange wallets. The supply on exchanges metric, for instance, seemed to find a high amount of SUSHI currently being held in exchange addresses. 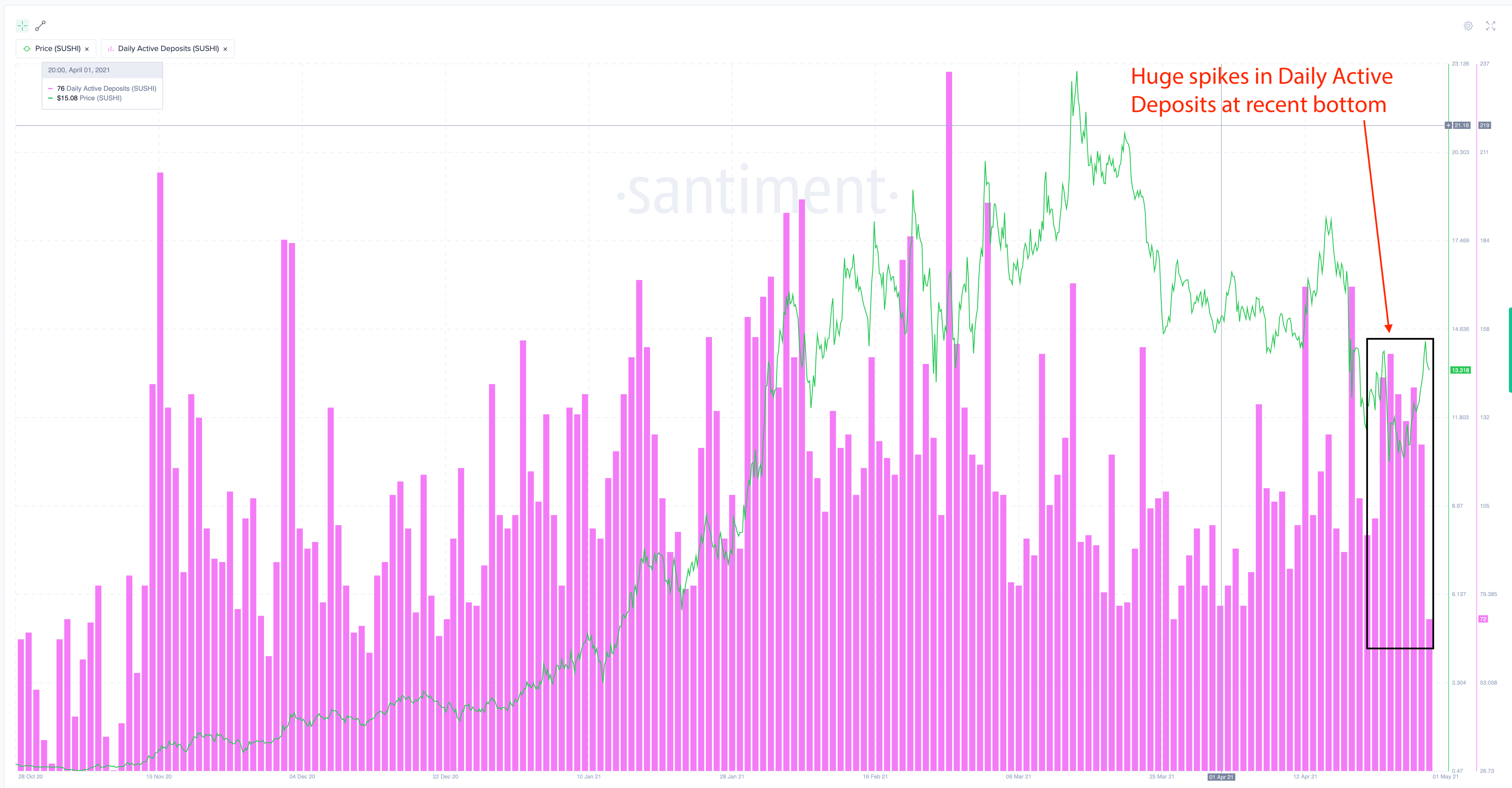 The selling pressure across the market seemed to be highly visible too, with the same underlined by SUSHI’s daily active deposits in which more holders are participating in transfers to exchanges. Interestingly, the data also pointed out that there was also a cluster of active deposit spikes when SUSHI hit the $10-region, suggesting that this might be the first sign of capitulation.

If the Bitcoin market is stable and the price continues to head towards the $60k-mark, SUSHI is also likely to head closer to the $20-price range in the coming weeks. However, there are quite a few signs that the selling pressure is likely to lead to yet another correction, and in case of a downtrend in the BTC market, the bearish effect is likely to be amplified for SUSHI and the coin’s $10 price range (that saved it last time around) may not be able to do much.