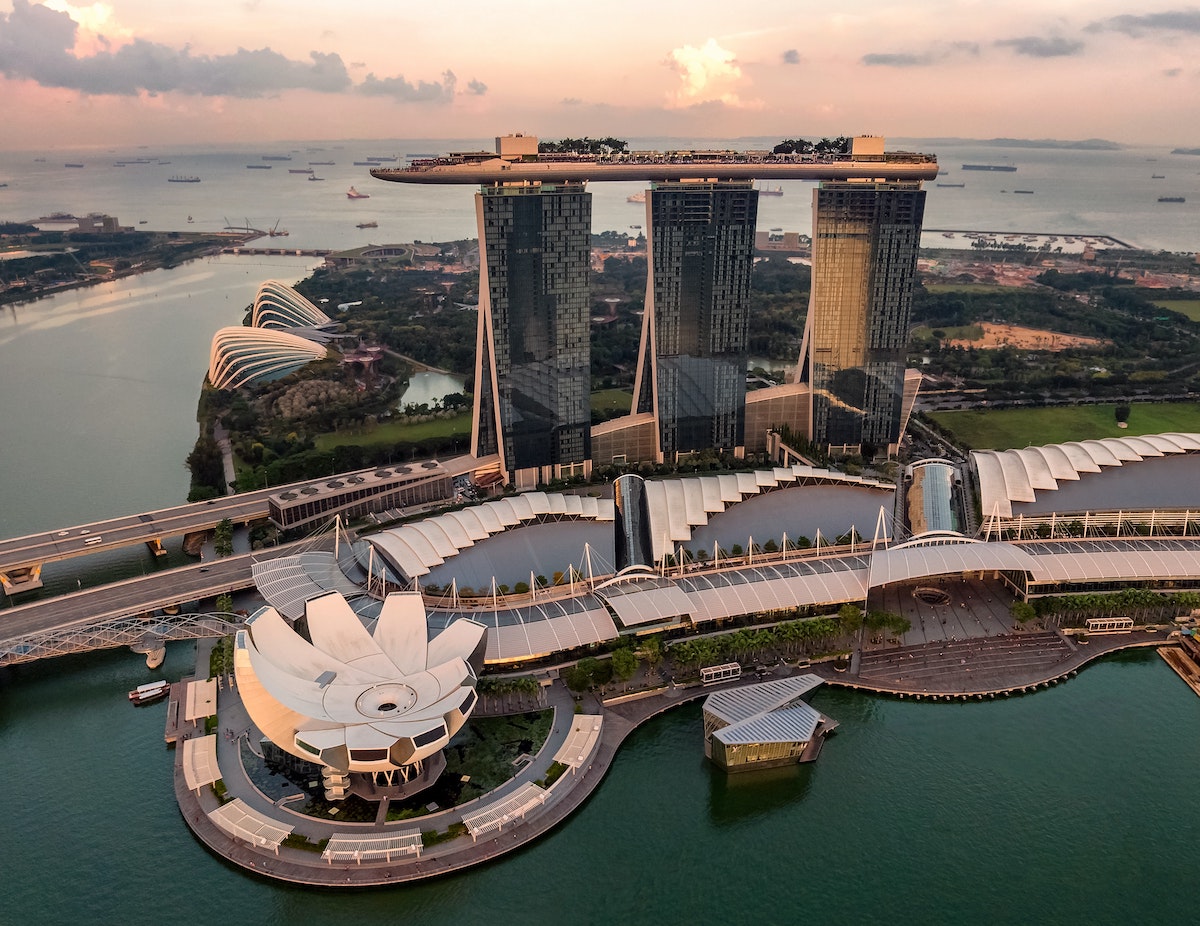 The crypto market has gained a significant amount of traction in Singapore, especially among younger investors. The major catalyst for confidence in cryptocurrencies, in Singapore, has been the transparency regarding local regulation and taxation issues. It’s no surprise that several cryptocurrency exchange platforms either desire to or have already based their operations in this region.

A recent survey report based on a poll of 1000 Singaporeans from diverse backgrounds highlighted their opinions towards cryptocurrency. The same was carried out by Toluna, an independent consumer insights provider, by looking into the 2021 Independent Reserve Cryptocurrency Index, or IRCI. The report incorporated various aspects.

To begin with, 93% of the polled respondents were aware of at least one cryptocurrency, Bitcoin being the most commonly known, as 90% of respondents acknowledged the same.

In 2021, nearly 43% of the panelists acquired some type of crypto. This statistic was certainly above the average range when compared to both, regional and global average estimates.

In addition to this, ownership by those under the age bracket of 25 to 34 was 66%, followed by the 35 to 44 age group with just above the 60% share. Deep-diving further, more than half of male Singaporeans, or 51%, owned some cryptocurrency compared to 35% of women. 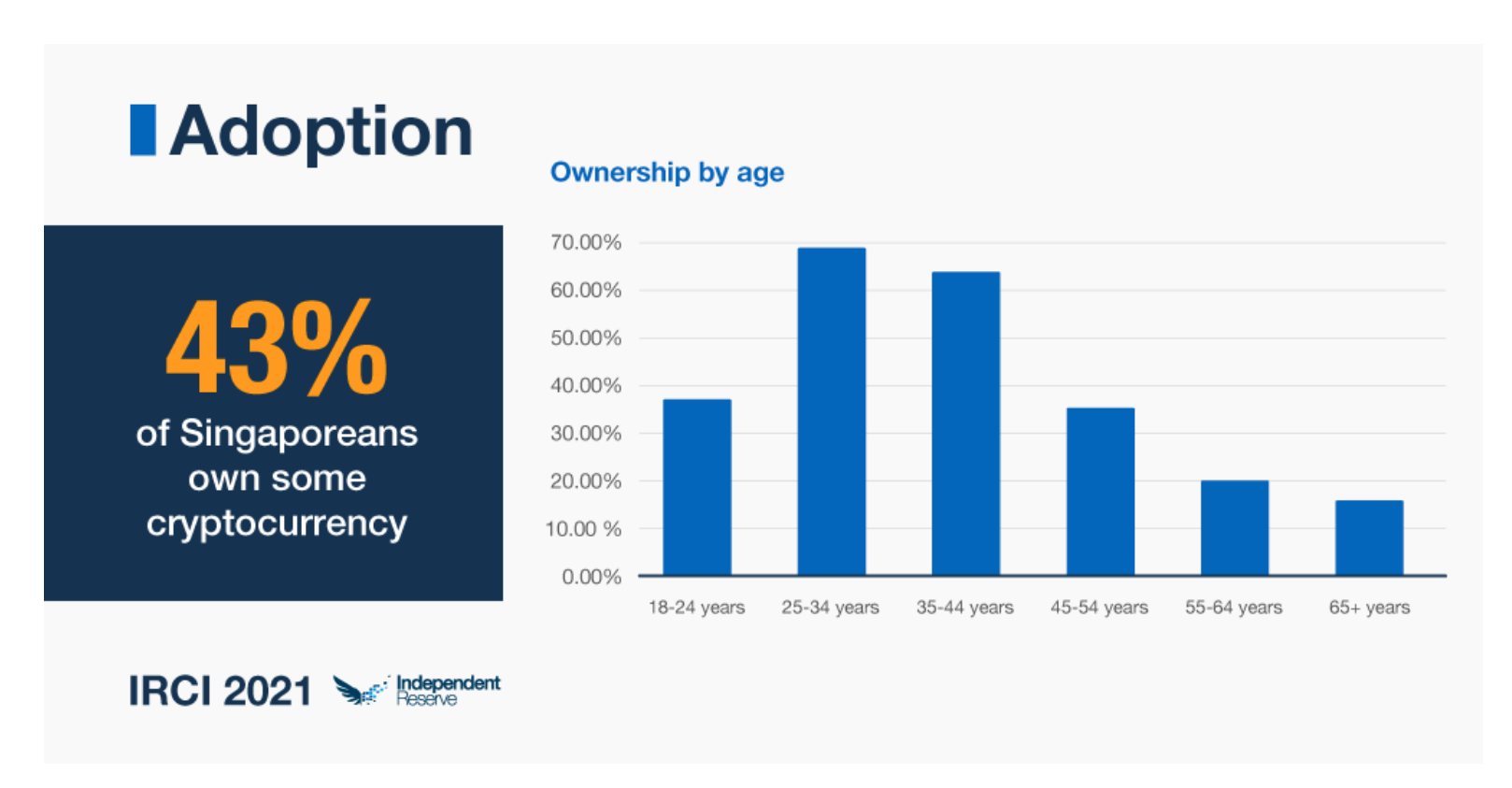 Meanwhile, out of the lot that owned crypto tokens, around 82% of the native locals preferred HODLing BTC, followed by ETH, just shy of the 50% mark and henceforth.

Nearly 40% of the respondents described BTC as an “investment asset” and 25% called it a “store of value” or “digital gold.” However, there were still those (7%) who considered it a scam.

With such promising attributes, the optimistic sentiment across the community has led to a boom. As per the same study, around 76% of Singaporeans (between 26 to 35) believed in a similar narrative concerning cryptocurrencies and their wide acceptance across businesses and different individuals. A majority expressed their support for BTC to surpass the $50k by the end of 2030 while the remainder thought otherwise. (The figures mentioned here are in SGD) 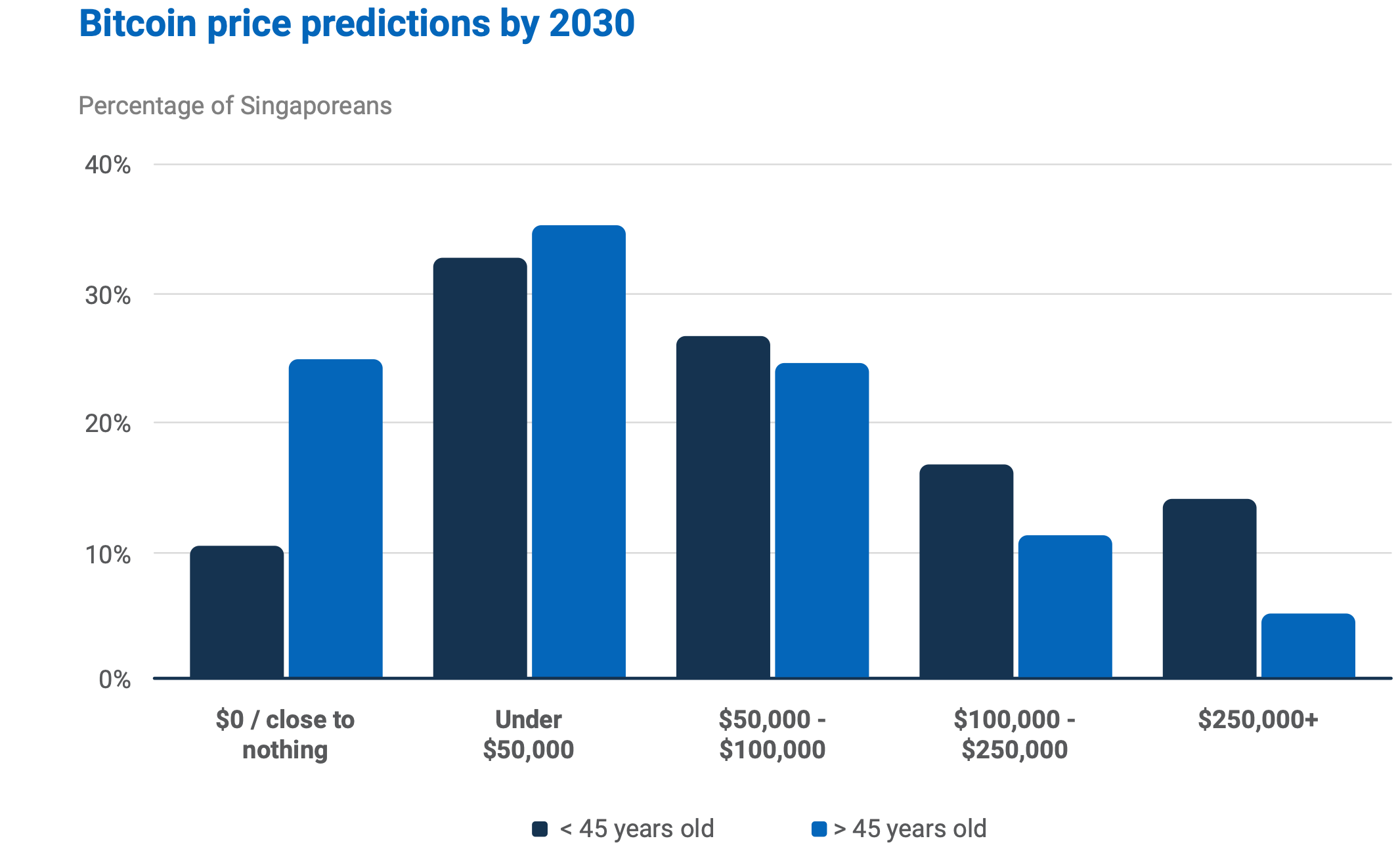 Overall, Singapore scored 63 in the IRCI on a scale of 1 to 100, compared with 47 for Australia in 2020. Here, a score of 100 indicates maximum awareness, optimism, trust, and adoption of cryptocurrency. A score of 0 indicates a complete ignorance of cryptocurrency and blockchain technology, and that no one has heard of Bitcoin.

The crypto scenario in the Singapore region has been on an uptrend apart from certain hiccups. Recently, the Monetary Authority of Singapore, the city state’s central bank even declared cash prizes for citizens submitting their digital currency ideas. Adrian Przelozny, the CEO of Independent Reserve, described Singapore as,

” (a) key hub in Asia due to its robust and well-regulated financial markets infrastructure and openness to new technologies.”

Bitcoin: These 3 metrics are important to keep track of