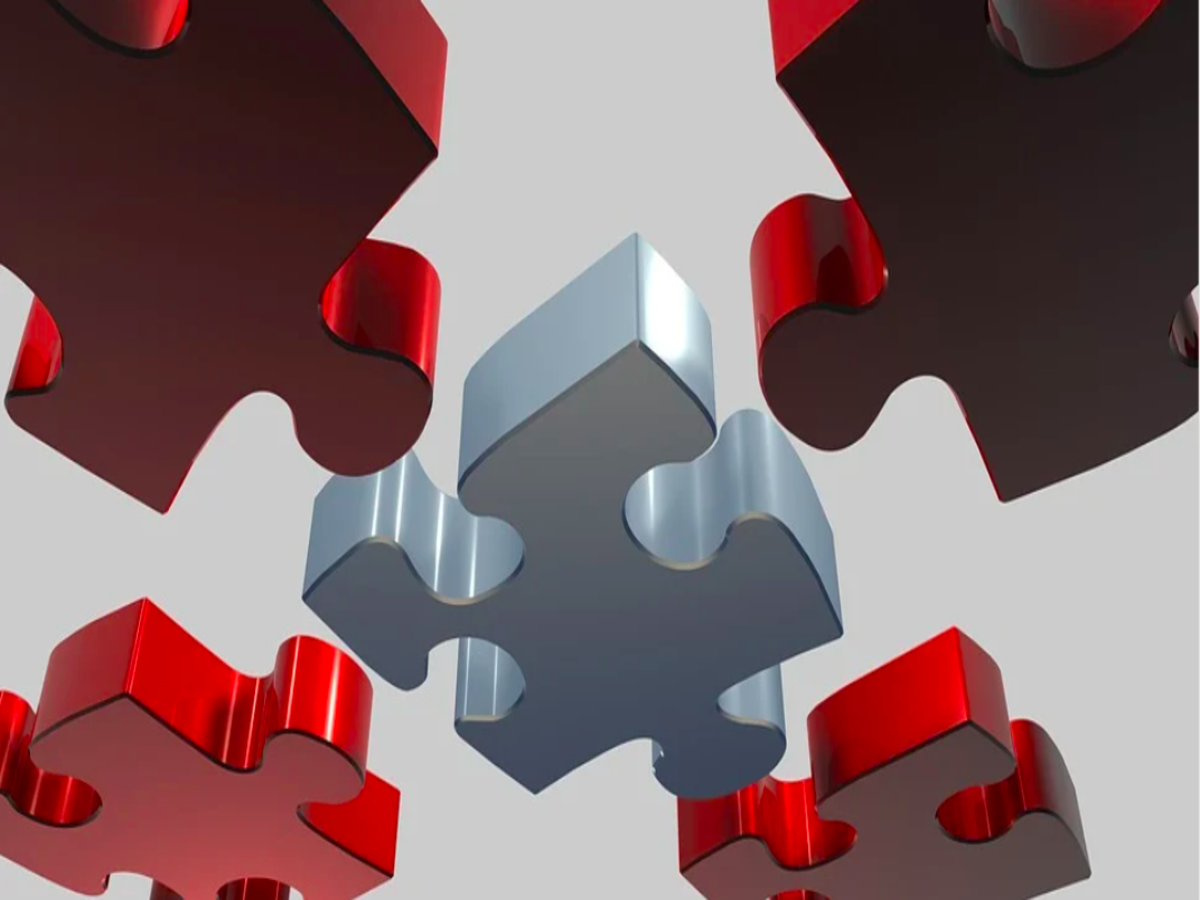 The month of October has been reasonably good to most of the market’s coins. Bitcoin registered its all-time-high this month while Ethereum and other large cap alts have been making higher highs on their respective charts.

Oracle coins have, however, not been able to fare that well, despite the broader bullish sentiment prevalent in the market. This particular gamut has been lagging behind for quite some time now. In fact, the price charts of such coins depicted more red than green at the time of writing.

Decoding the ‘why’ part

During the Jan-Feb period earlier this year, DeFi was one of the key bull market driver. Most of the tokens from the DeFi space massively appreciated and the period essentially came to be known as DeFi summer.

An intriguing trend was noticed at that point – As decentralized protocols were being used more, the space started looking for trusted data providers. Now even though it might not instantly ring a bell, but oracles essentially do that job.

Decentralized applications built on smart contracts need real world information feeds which smart contracts can’t access independently, given blockchain restrictions. Thus, oracles intend to resolve to the same issue by bridging the on-chain world with off-chain information sources. In a nutshell, an oracle is that layer that questions, verifies and authenticates external data sources and then relays that information.

The DeFi space, on a whole, hasn’t been performing that well of late. Thus, at this stage, oracle tokens are bearing the side effects of the non-performance of the DeFi space.

Deep diving into the DeFi-Oracle correlation

Well, the most renowned and established oracle project in the space is Chainlink. As highlighted in a previous article, Chainlink’s price feeds are gradually becoming the go-to price oracle solution that’s being used to determine borrowing rates and calculate collateralization ratios among other things. In effect, this alt has the first mover advantage when compared to other oracle-centric coins/tokens.

Thus, to make the analysis part easier, we’ll compare LINK’s growth and performance to that of the broader DeFi market.

In the two month period between 1 January to 1 March 2021, the cumulative value of all the funds locked up on DeFi witnessed a 2x surge. During the same period, LINK’s price witnessed a 155% appreciation. Conversely, during the September period now, when the TVL started diminishing, even LINK’s price underwent corrections.

Thus, their mutual dependence has only been getting denser with time. 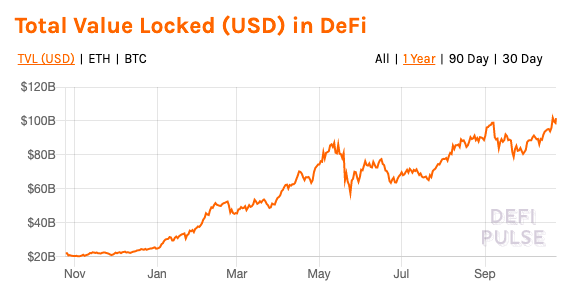 Quite parallelly, as the number of DeFi addresses started surging during the beginning of this year, even Chainlink’s addresses witnessed a substantial incline. Interestingly, the shape of both their curves resemble each other to a fair extent – indicating their hand-in-hand growth. 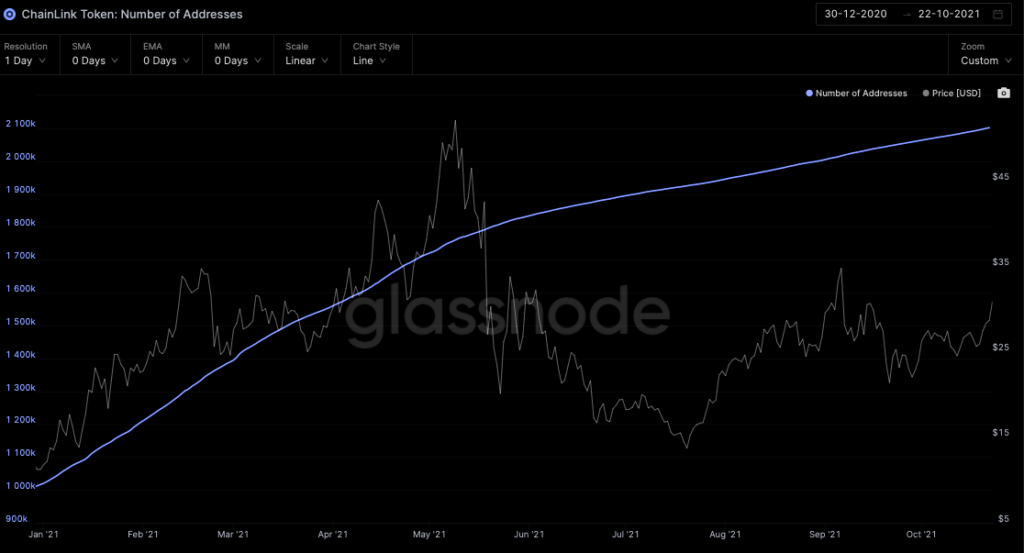 Oracles have already become a key piece of infrastructure for the DeFi space and they quite evidently offer added value through their staking, governance and interoperability capabilities. Thus, if DeFi starts doing well, oracle tokens would inevitably be able to climb higher at a much quicker pace on their respective price charts.

#DeFi and #Oracles, are the next ones going to run.

Have been lagging behind heavily, but I'm betting on those.

DeFi is arguably the future of finance. Thus, there are no ifs at this point. It is just a matter of time that tokens from both spaces will start rallying together again.